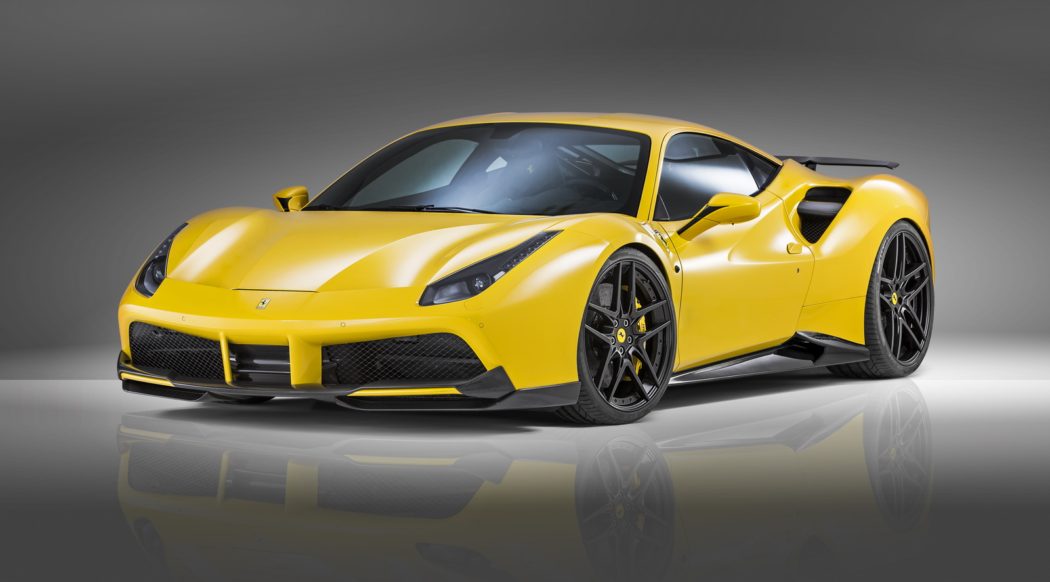 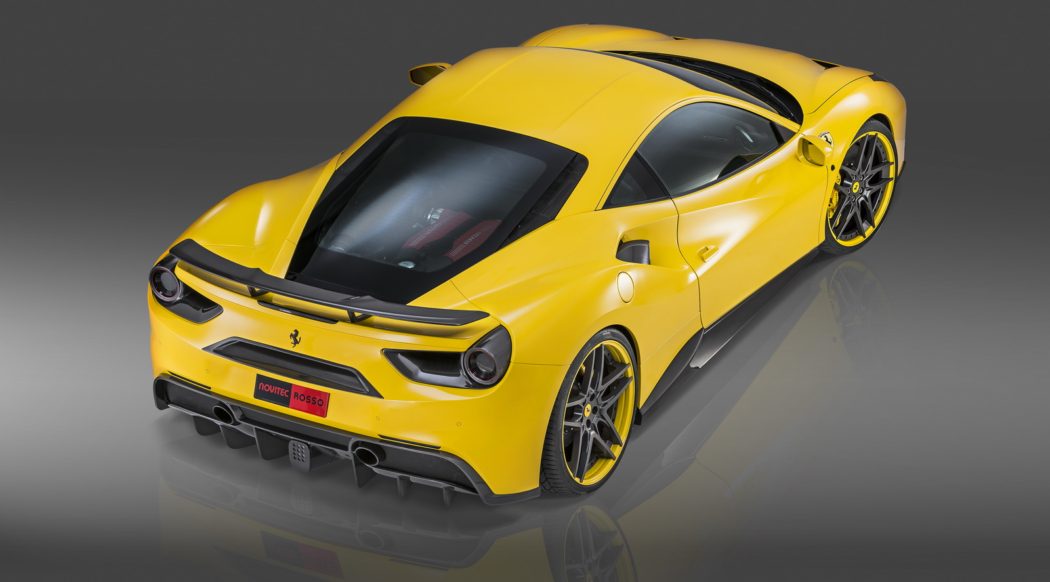 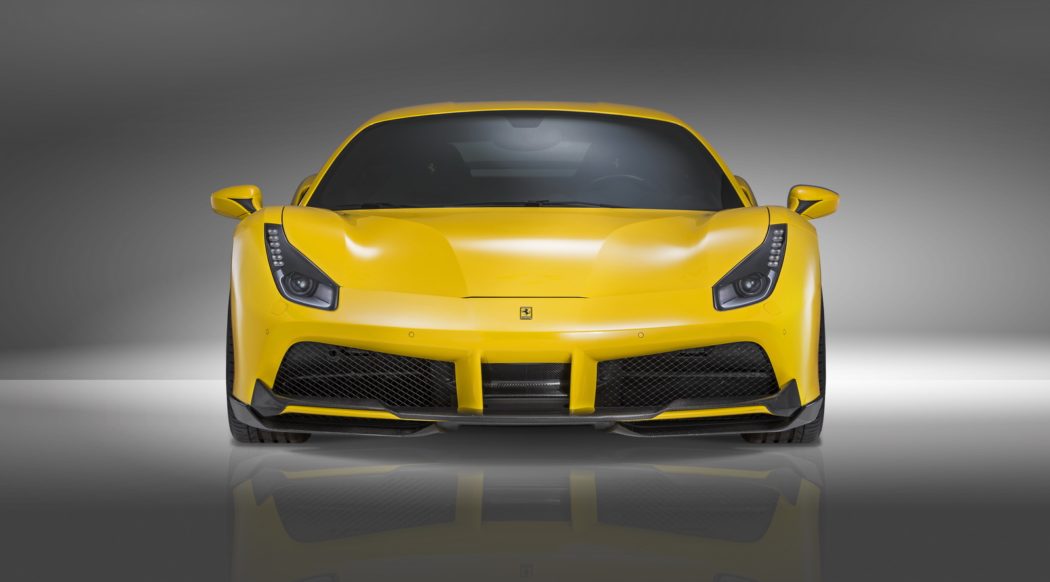 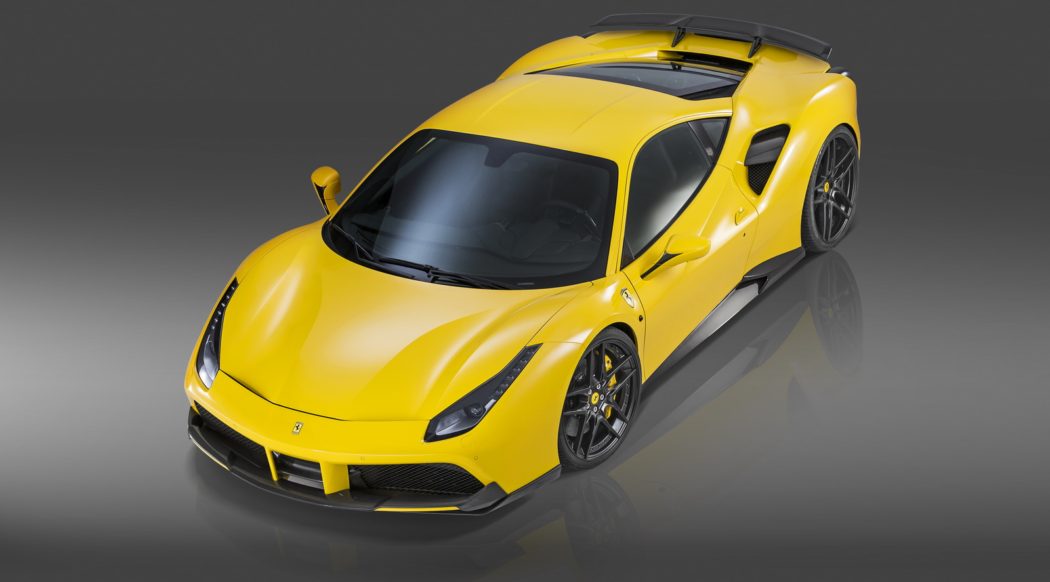 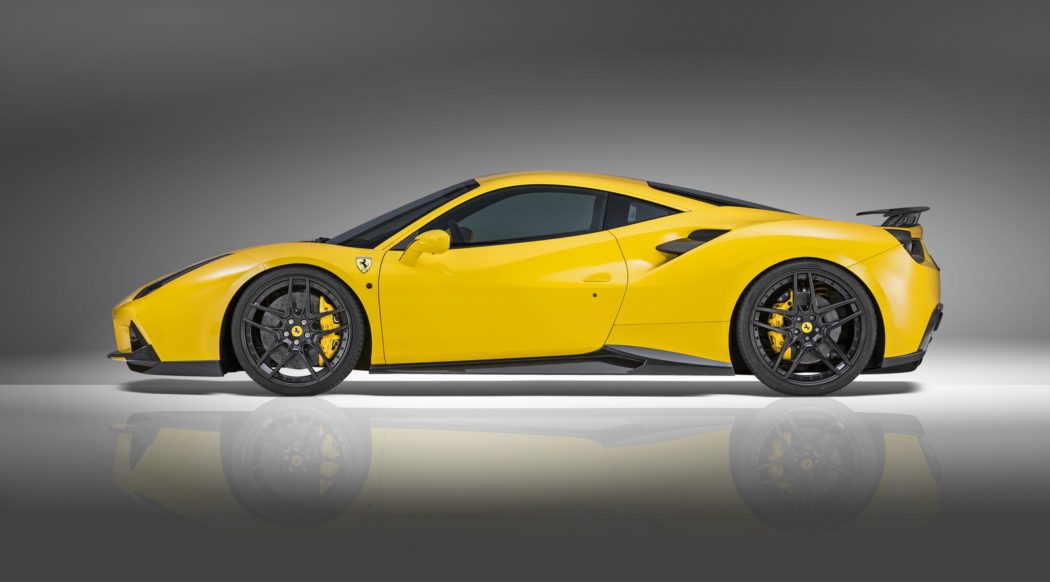 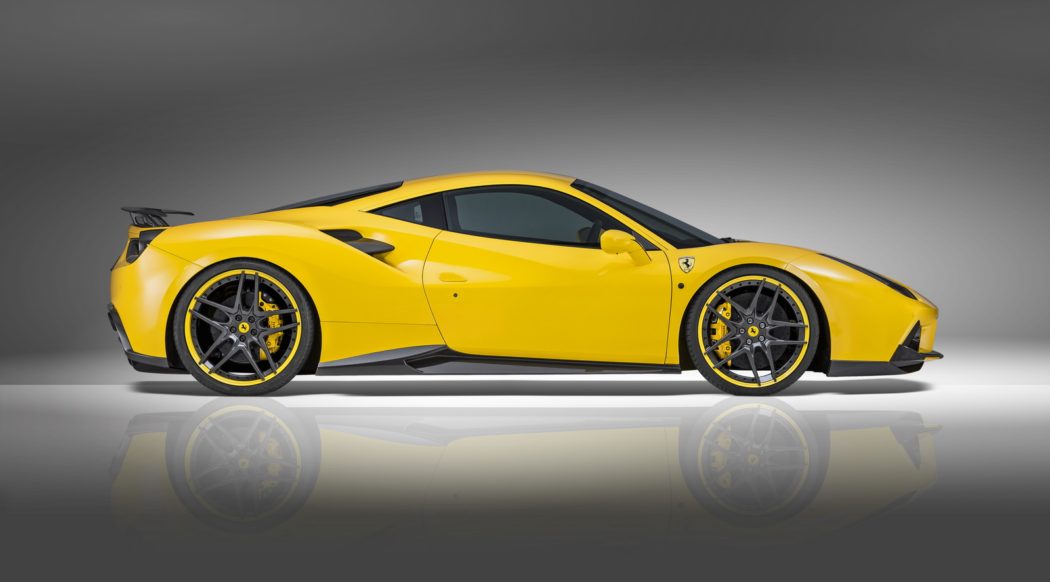 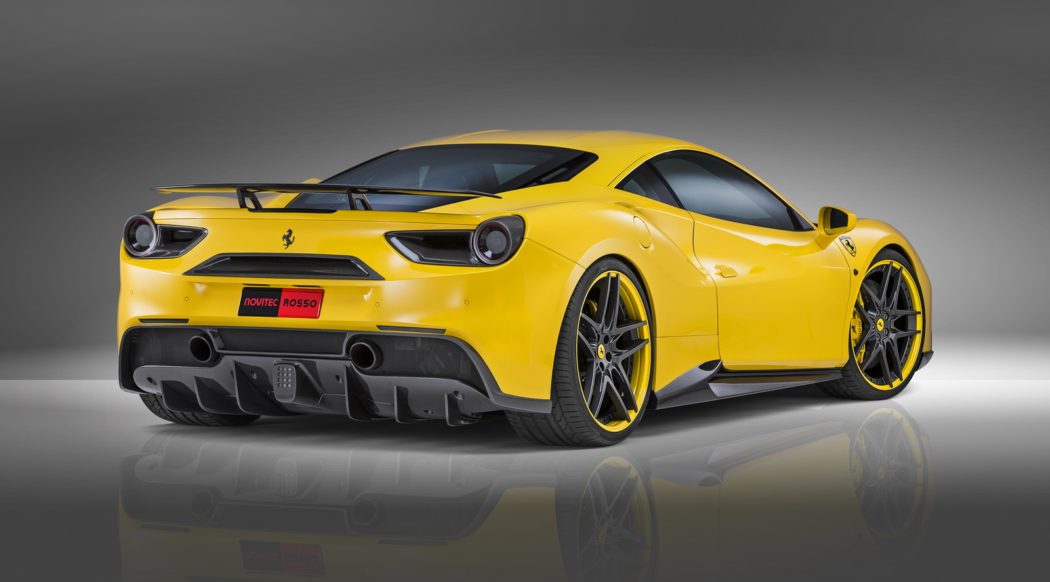 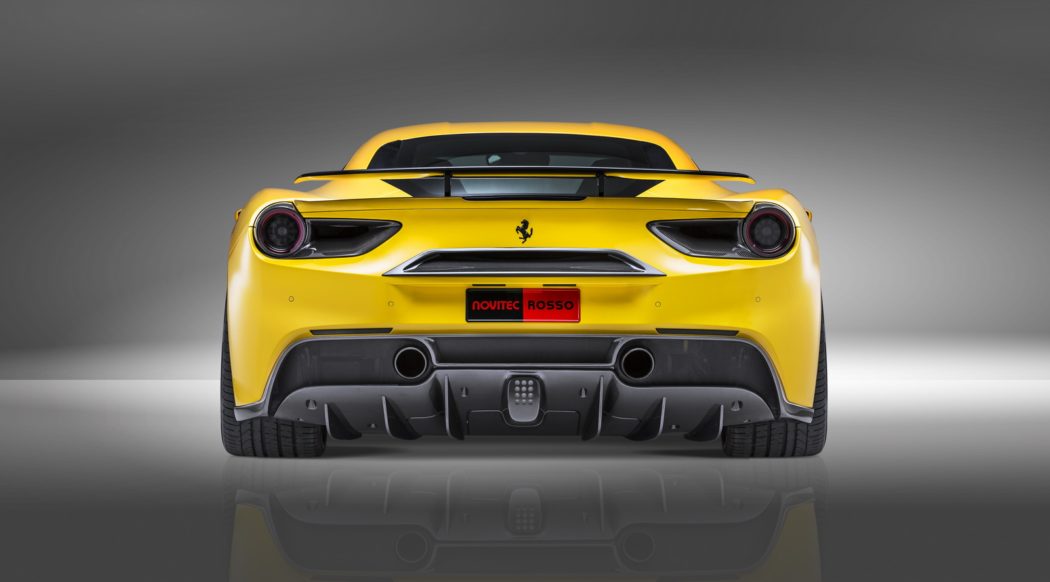 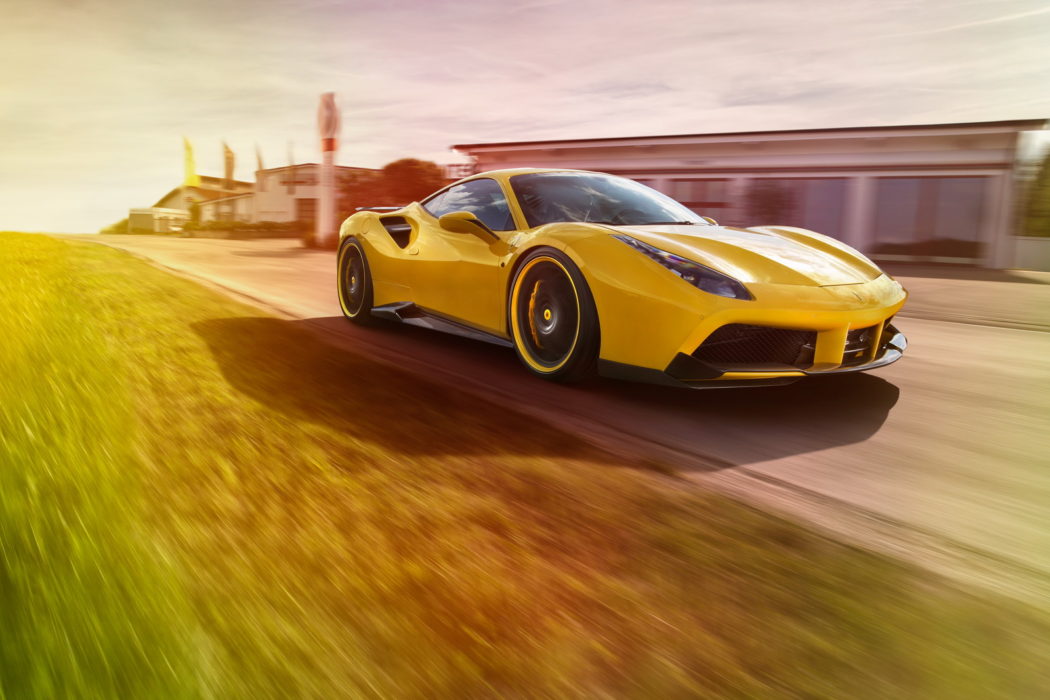 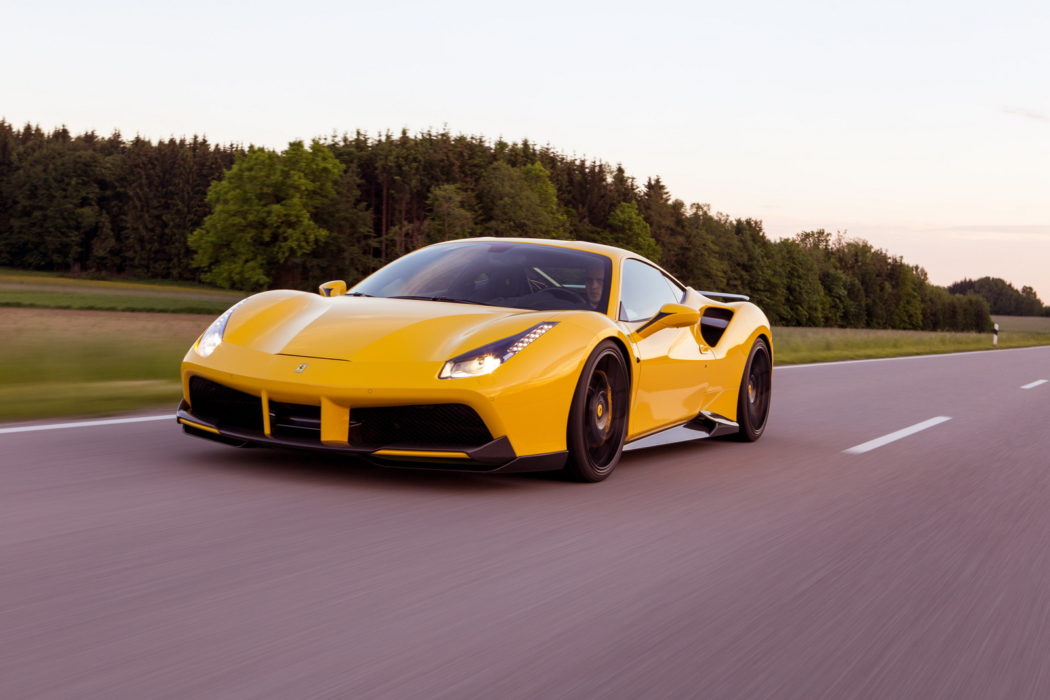 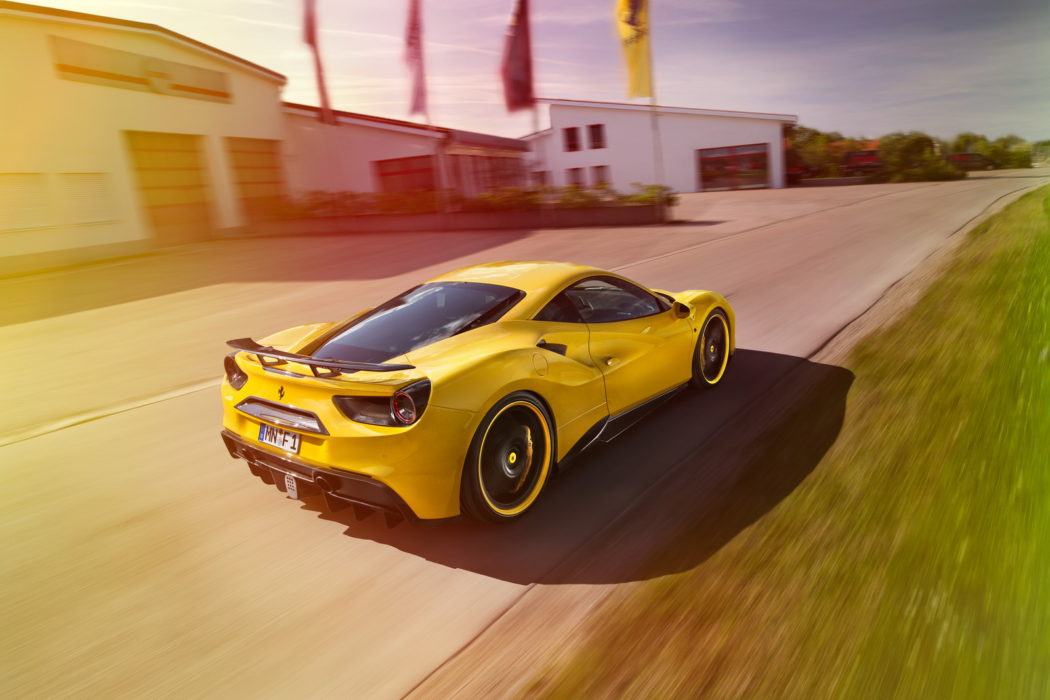 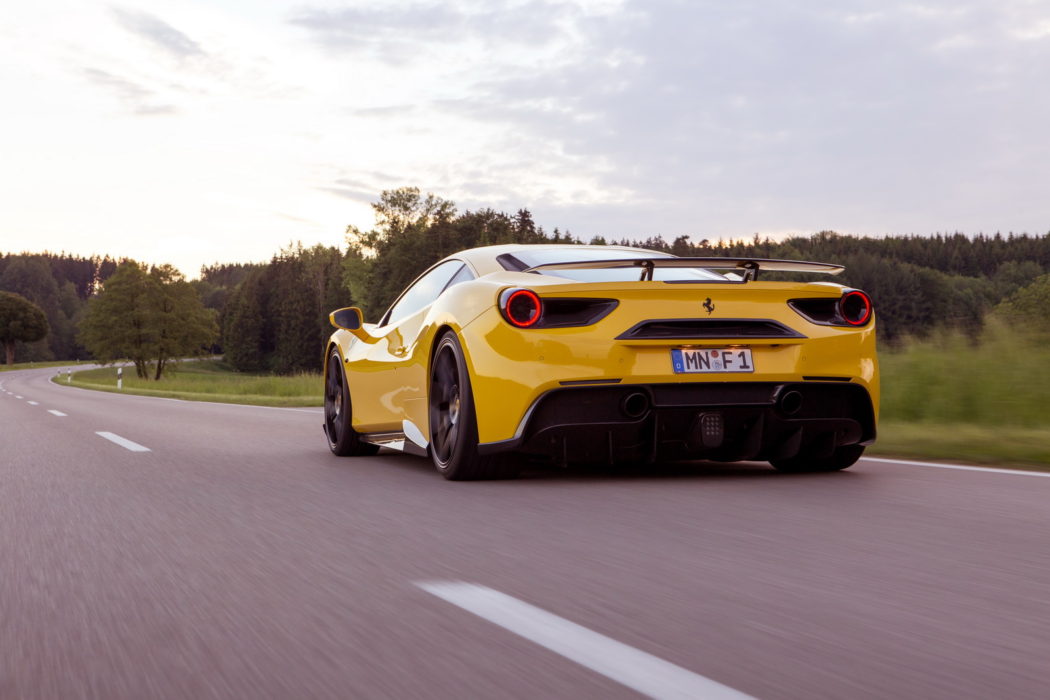 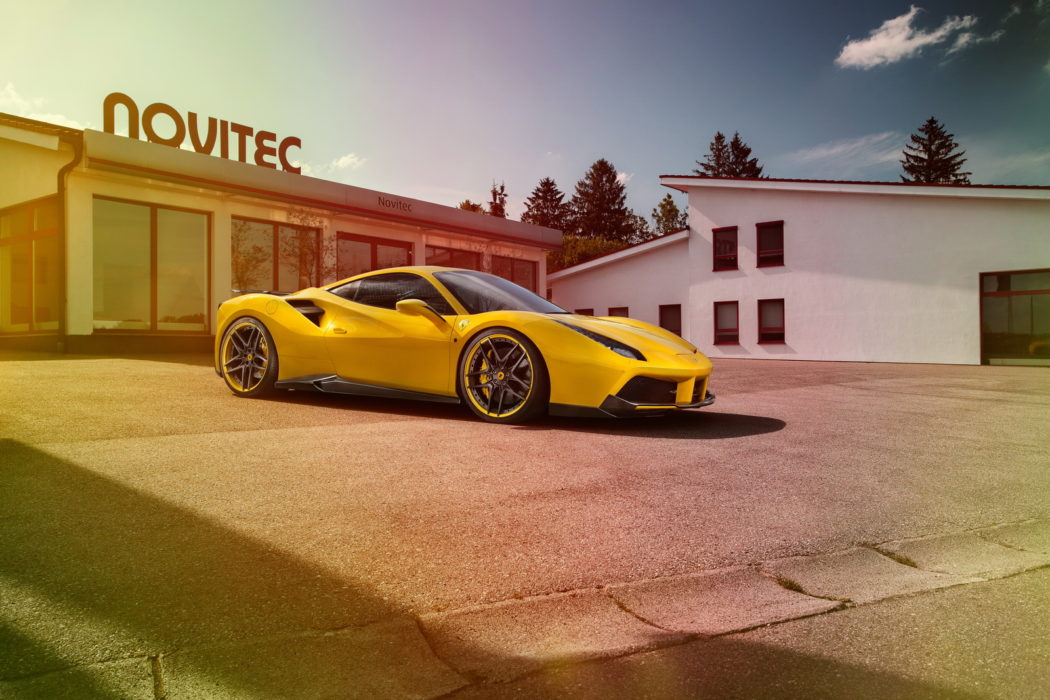 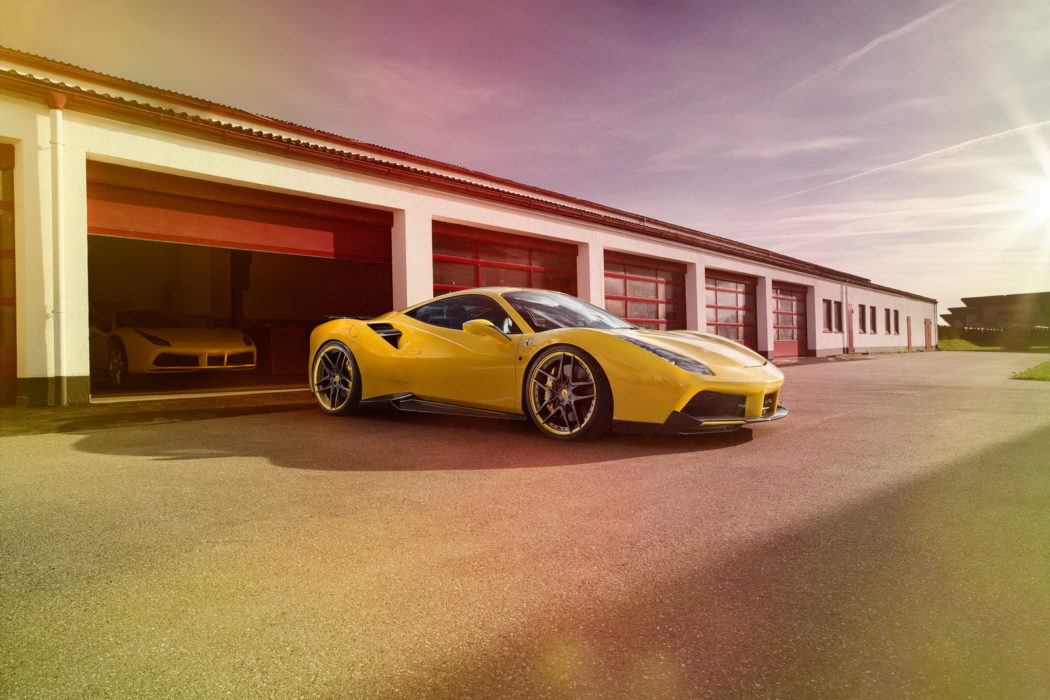 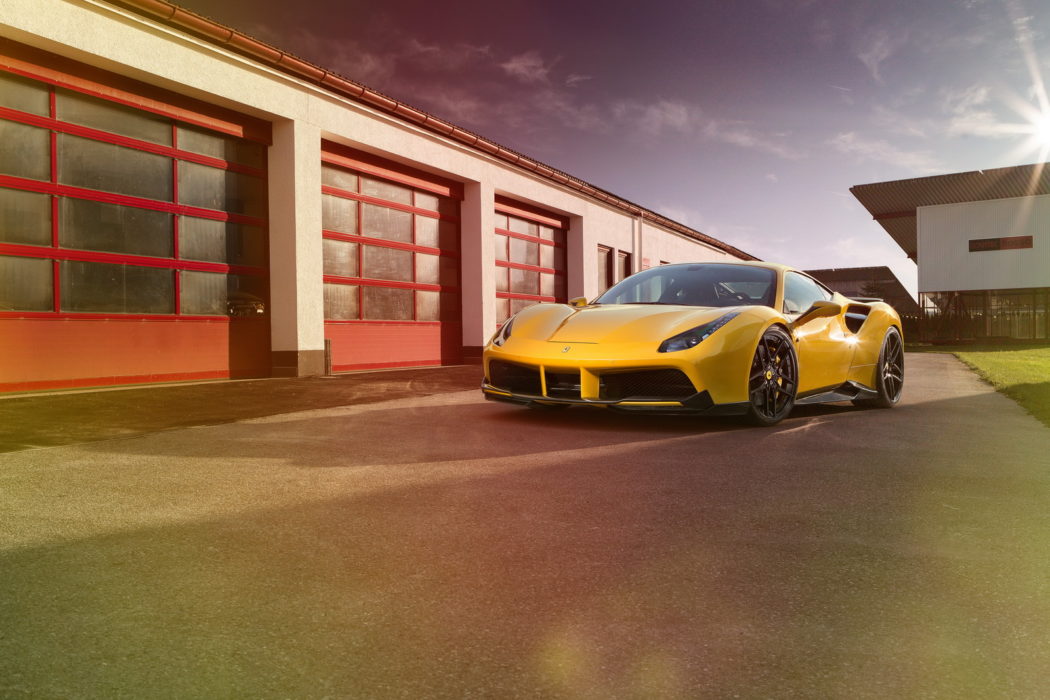 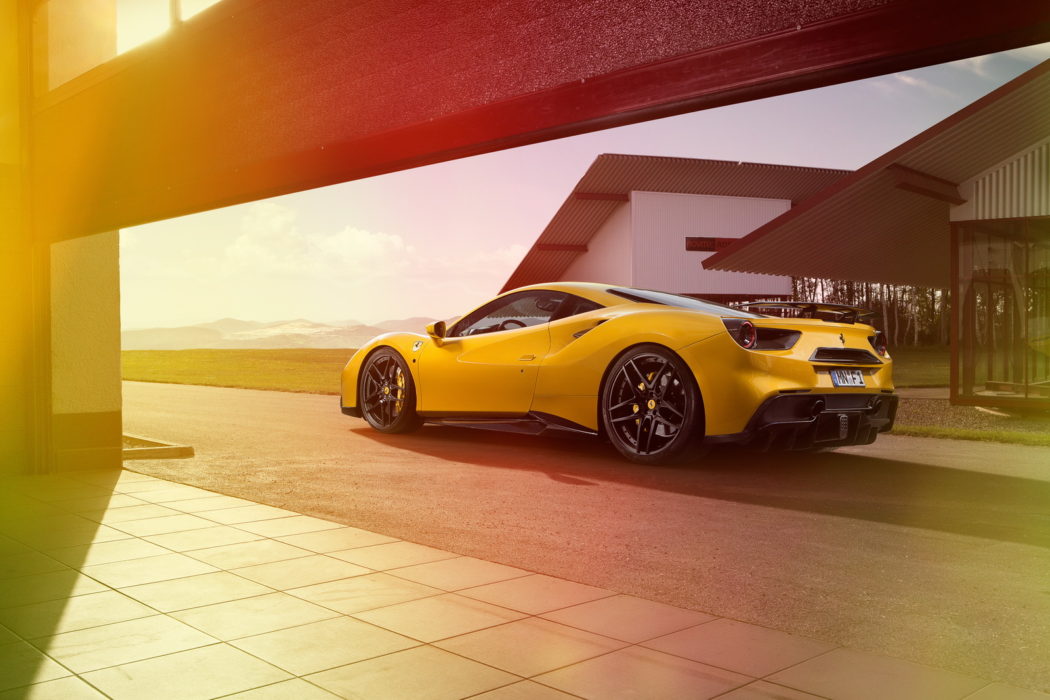 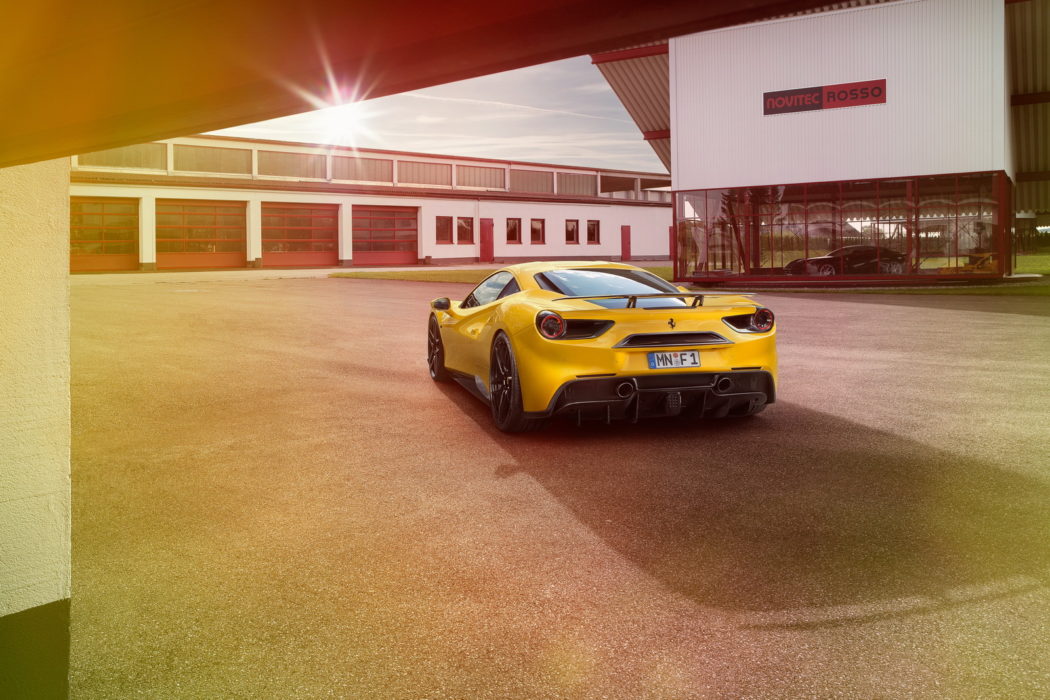 Although Novitec Rosso isn’t the only company that tunes Ferraris these days, it’s certainly one of the most visible. So it was hardly a secret that upgrades of the visual and performance varieties for the 488 GTB were in the pipeline and, now that they’re here, we’re thinking a lot of people will have a hard time keeping their new mid-mounted V8 Fezza factory stock.

In addition to looking badass (particularly when matched with a set of Novitec Rosso’s available 21” and 22” wheels and suspension lowering module) , the carbon fiber aero kit – consisting of a new front splitter, rear diffuser, rear wing and side skirts – has also been honed in a wind tunnel to ensure that it provides more downforce as extreme speeds. And those speeds can supposedly get as extreme as 213 mph, thanks to Novitec Rosso’s enhancements to the 3.9L twin-turbo V8 that include a lightweight Inconel exhaust system (which, per, the videos below, sounds fan-effing-tastic) and a pair of the company’s N-Tronic ECU piggyback modules that allows the Novitec Rosso 488 GTB driver to select between two power modes via the stock Manettino switch on the steering wheel. In full-power mode, Novitec says the engine produces 762 horsepower and 658 lb.-ft of torque, which should slam this supercar to 62 mph in 2.8 seconds.

If you really, really can’t wait for the inevitable Speciale/Scuderia/Whatever version of the 488, these speed parts for the standard piece should be more than enough to tide you over.