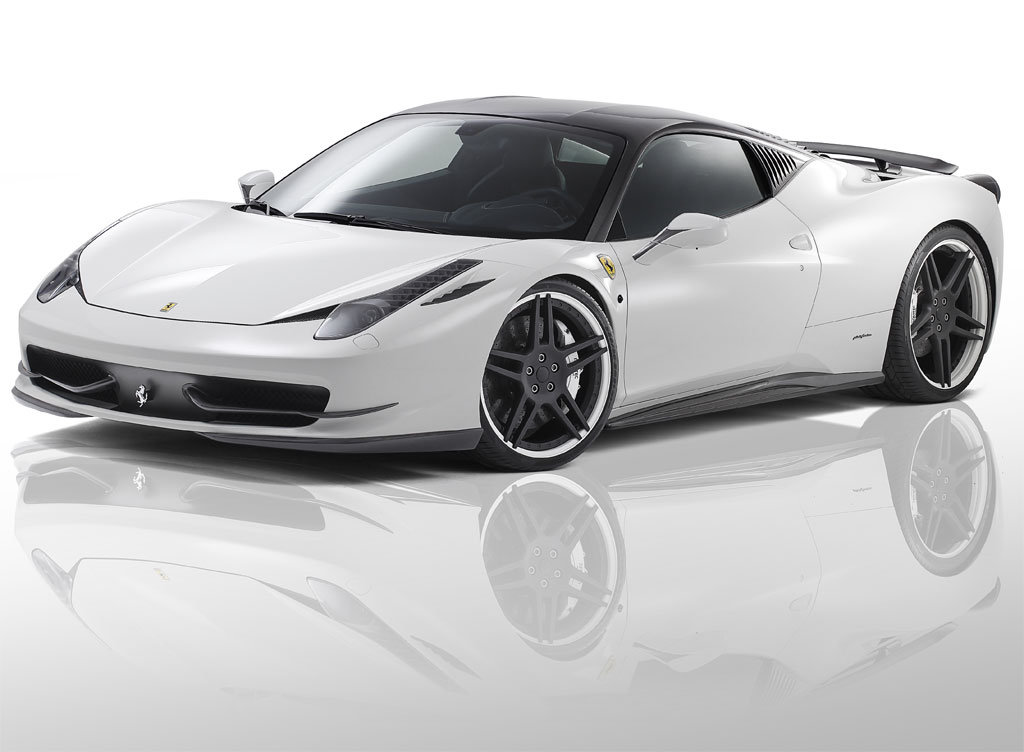 While vast hordes of Ferrari owners positively quiver at the mere thought of altering their cars with any non-Ferrari parts (“I don’t care that these floormats are 1/64th the price of the official ones! They aren’t going in my baby!”), there are Prancing Horse trainers out there who look at their rides and say, “There is room for improvement.” For those sorts of people (though many Ferrari purists might deem the term “people” a bit too generous), tuner Novitec Rosso is there to take your money in exchange for making your Fezza even fiercer.

Meanwhile, back in Maranello, Ferrari has rolled out its latest V8, mid-engine model, the 458 Italia to rave review. And why not? It’ll blow the mighty F40 into the weeds, and go tit for tat with the Enzo. But could the Italia be made even stronger still? Is there any potential left to be tapped? Turns out, the answer is, “Hells yes.” 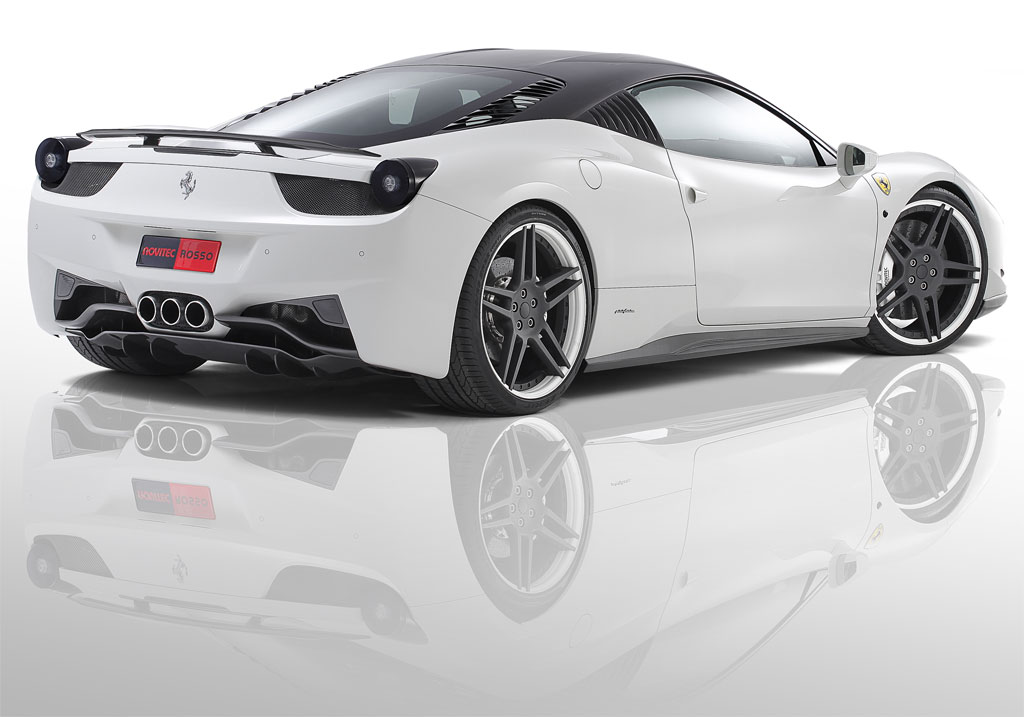 The heart of Novitec Rosso’s 458 Italia upgrade package consists of a high-flow carbon fiber airbox, high flow exhaust system, sport catalytic converter, and a reprogrammed ECU. The result is an extra 40 horsepower, for a total of 609hp. That might not seem like a big deal, in this day and age, but that power peak comes at 9,100 rpm, from a 4.5L normally-aspirated V8. How much you wanna bet that exhaust note resembles Satan on karaoke night (and we mean that in a good way; we have it on good authority that the Prince of Darkness has some serious pipes)?

But not all of Novitec Rosso’s upgrades are under the hood. The carbon fiber body kit, comprised of a new front air dam, side sills, rear spoiler and other pieces, was honed in the University of Stuttgart’s wind tunnel and aids the Novitec Rosso 458 Italia on its journey up to its 205 mph top speed. The roof is also reskinned in carbon fiber, and there are various bits and bobs of interior trim (including larger-than-stock shift paddles for the twin-clutch 7-speed transmission) made of the stronger-than-steel composite, too. 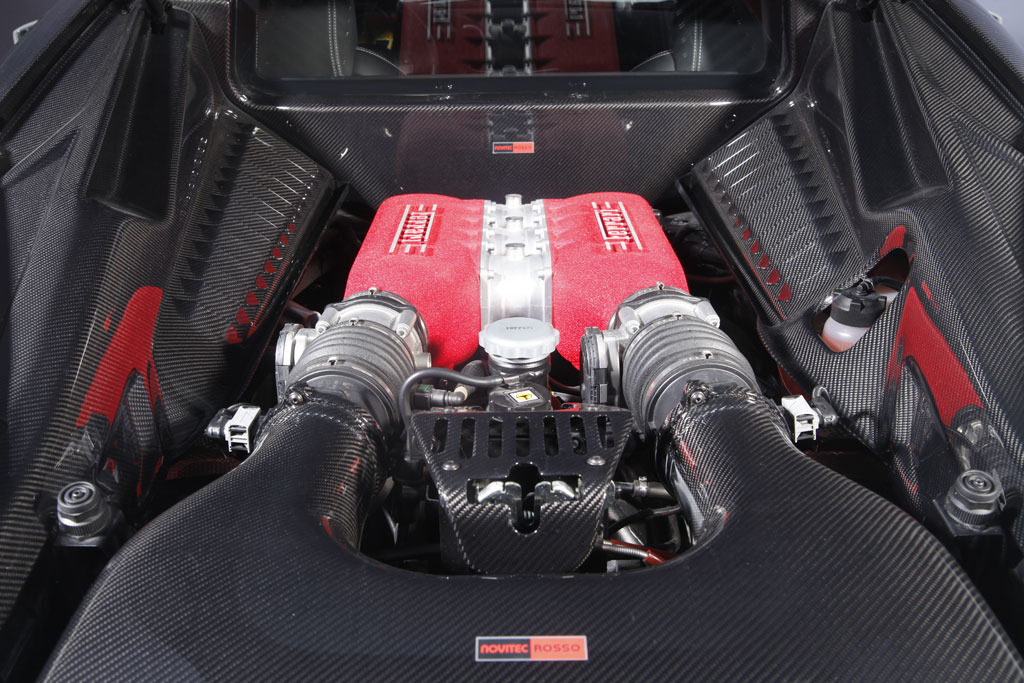 Handling enhancements come courtesy of lightweight NF3 wheels from Novitec Rosso’s own catalog (9×21” in front, 12×22” out back) and sport springs that drop the ride height by some 1.4”. And in case you need the car’s nose to ride tall again for speedbumps, driveways and the like, a hydraulic front lift system elevates the schnoz by up to 1.6” to prevent chafing. Good thing, because there ain’t an ointment in the galaxy strong enough to relieve the discomfort associated with carbon fiber chafing…

Anyway, Novitec Rosso hasn’t said how much this package will cost, but if you can afford a 458 Italia, you shouldn’t have any trouble affording their upgrades. Unless your surname is Kadafi, in which case you might soon be boned on multiple fronts.