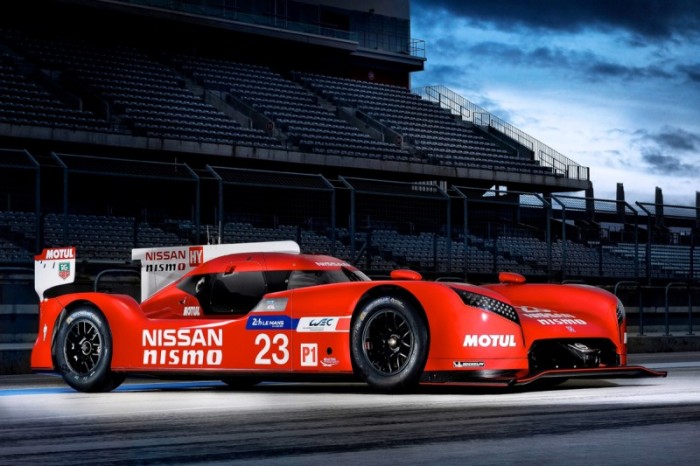 Prior to the end of the 1950s, mid-engine racing cars were seldom-seen novelties that won only sparingly. But when the Cooper Car Company and driver Jack Brabham won back-to-back Formula 1 Constructor’s and Driver’s World Championships in 1959 and ’60 with their engine-behind-the-driver grand prix cars, it didn’t take long for the layout to be copied not just by other F1 teams, but by sports car builders, Indy car builders, and even drag racers. With rare exceptions (most recently the Le Mans Prototypes built and campaigned by Panoz in the first half of the last decade), front-engine purpose –built racing cars (as opposed to production-based GT machinery and cars styled to resemble production models) seemingly went extinct. But that’s not exactly a surprise, because mid-engine designs are inherently superior…aren’t they? 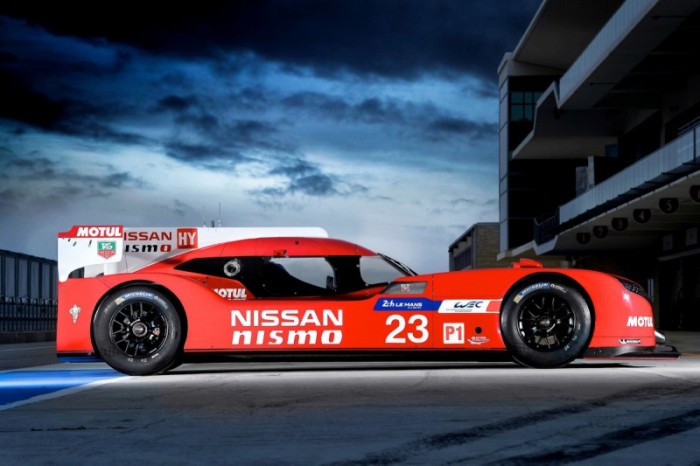 Ben Bowlby respectfully disagreed. The clever British designer behind the outrageous Delta Wing was approached by Nissan – the company that hired him away from the project as it prepared to exit its partnership with Panoz – to come up with an LMP1 hybrid entrant for the 24 Hours of Le Mans and the rest of the FIA World Endurance Championship that didn’t use the same approach that Audi, Toyota, Porsche did to designing their flagship sports racing cars. What Bowlby and his staff came up with, the Nissan GT-R LM NISMO, is nothing less than a four-wheeled Martin Luther nailing a list of grievances on the front door of the Church of Racecar Design.

The fact that the engine – a 3.0L twin-turbo V6 producing about 550 horsepower – is bolted to the front of the carbon fiber “tub” (i.e. driver’s compartment) rather than the back of it seems crazy; the fact that there’s a 5-speed sequential transmission bolted to the front of the engine and driving the front wheels is straight-up bananas. As for the hybrid portion, Nissan opted for a flywheel-based system that’s designed to recapture and store up to 8 megajoules (the maximum allowed by the rules) of energy under braking in a unit mounted below the car’s pedal box. The system can then send that additional power back out in the form of boost to the front wheels via a driveshaft that runs through the V of the engine, and to the rear wheels through another driveshaft that passes through the tub, up to a differential, halfshafts, and secondary gearboxes for each back wheel. Initially, the design team targeted a total system output of, ahem, 2,000 horsepower; in practice, however, they say the powertrain maxes out somewhere between 1,250 and 1,500 horsepower. We don’t know about you, but we could easily live with a downgrade like that… 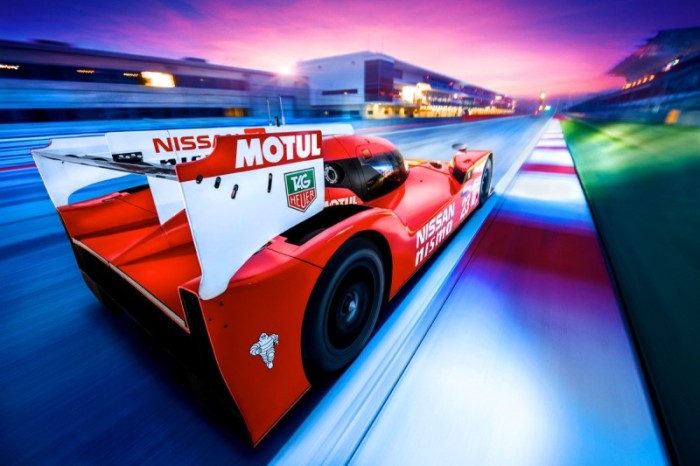 But while the awesomely-wacky drivetrain arrangement grabs its share of headlines, the GT-R LM NISMO’s real party piece is its aero package. By placing virtually all of the propulsion system components (including the radiators) in the nose, Bowlby and his staff were left with a ton of empty space beneath the rear and side bodywork. Yet rather than just leave it alone, they created a pair of air tunnels, one running through the right side of the car and one through the left. By allowing a significant volume of air to pass right through the car and, consequently, less under, over and around it, they reduced drag substantially (meaning higher top speed and lower fuel consumption) while simultaneously making the rear diffuser and wing much more efficient. 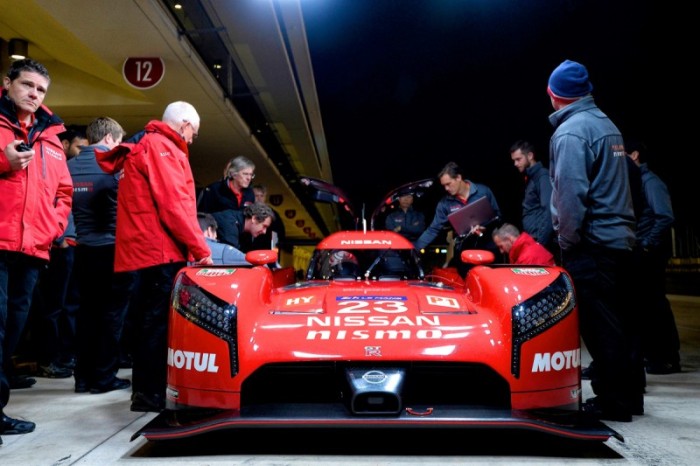 We realize this car (which will make its race debut at the WEC season opener at Silverstone in April) might be a little too jarring and outside the norm for some of you, but we strongly believe you should try to love it regardless; for far too long now, the pendulum of motorsports sanctioning body rule writing has been swinging toward stifling creativity and mandating uniformity in the name of making racing more competitive, reducing the cost of participating, or whatever other cause du jour the powers that be mined from their rectums. Yet fans are tuning out in droves; many will claim that’s the fault of those of us in the coveted 18-to-34-year-old demographic and our ADD-choked attention spans, but we say a lot of it has to do with the proliferation of spec or almost-spec cars. The start of the international racing season used to be fraught with anticipation as the world waited to see what sort of out-of-the-box creations serial non-conformists like Colin Chapman, Smokey Yunick,Gordon Murray, Dan Gurney(whose company, All American Racers, built the GT-R LM NISMO, FYI) and Jim Hall would roll out of their workshops; nowadays, pretty much the only things left for the anoraks to geek out over are Formula 1 nosecone shapes and what the Chevrolet- and Honda-designed body kits for the Dallara DW12 Indy car will look like. Ya, and indeed, awn.

The Nissan GT-R LM NISMO is an enthusiastically upraised middle finger directed at this current Bergeronian reality, and we can’t wait to watch it bunch every pair of metaphorical panties in its wake. 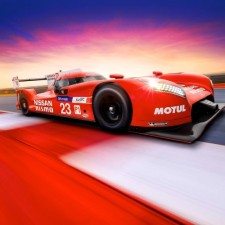 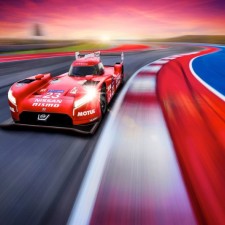 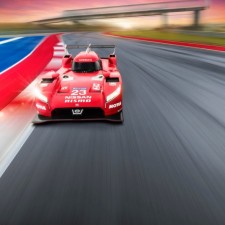 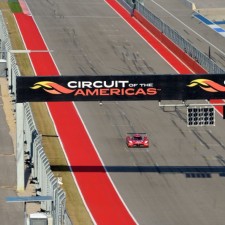 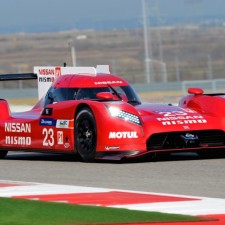 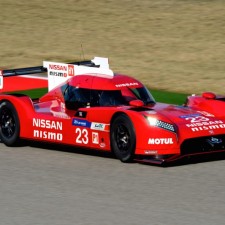 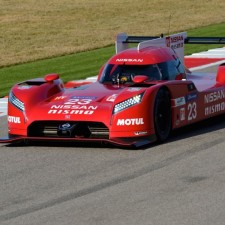 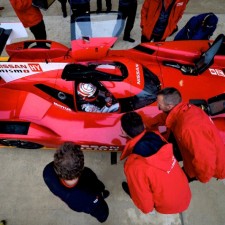 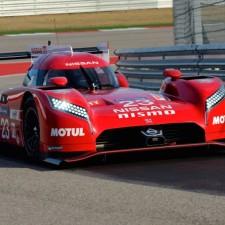 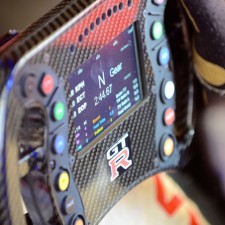 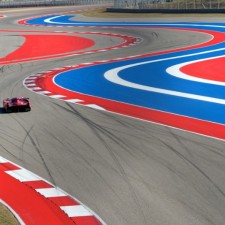 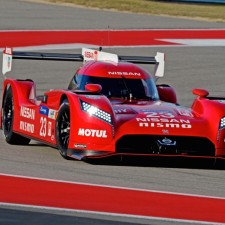 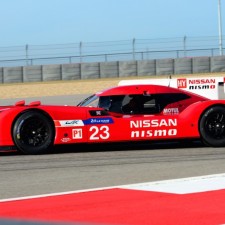 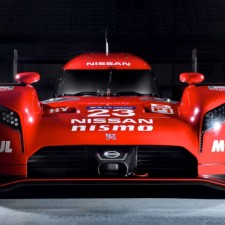