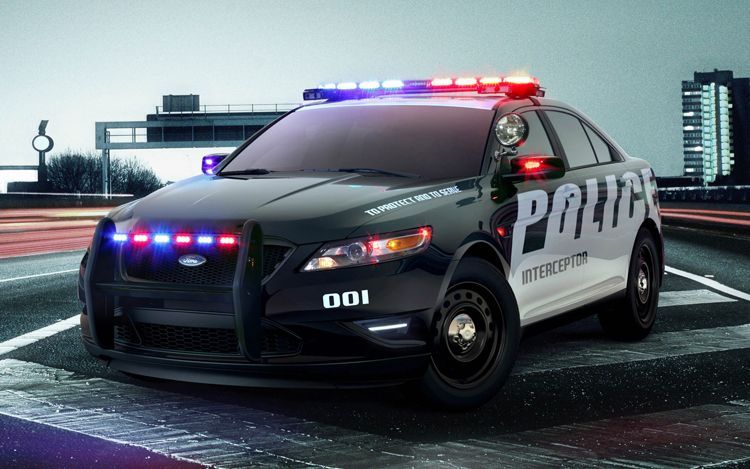 Well I’m not sure if calling them the enemy is exactly fair, the police are there to protect us, after all. But as any car enthusiast knows, encounters with the law are inevitable and rarely fun. Regardless, Ford will be offering a new police car to officers around the country and sending the standard work-horse, the Crown Victoria, to the bone yard. Ford announced today its 2012 Ford Interceptor will be available to officers in late 2011, and will be chock full of all types of new goodies and gadgets to fight bad guys.

I never thought I would say this, but the Taurus looks simply intimidating. The outgoing Crown Victoria was intimidating because you knew the trouble it brought, and if it was behind you it was because you had done wrong and were about to be told so by a man with a gun. Not this one. The headlight housings are blacked out, and in place of fog lights are LED running lights, that have a strobe function. There are also blue and red LEDS surrounding the new, projector headlights. The push-bar has integrated red and blue strobes, as do the side mirrors. If you tell this cop you didn’t see him behind you, he should have legal permission to arrest you for being too stupid to operate a car. 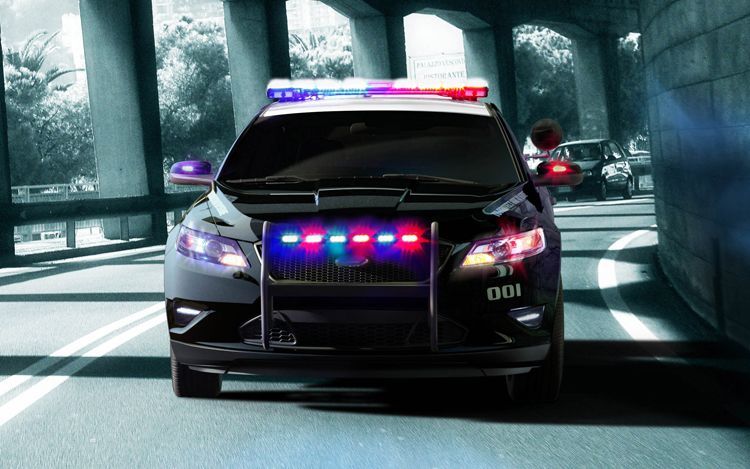 While the outside has plenty of upgrades from the outgoing car, and looks 100% “Johnny Law”, the inside has even more upgrades and slick tech. The stock Taurus comes with a console-mounted shifter, but Ford moved that up to the steering column to make room for the police computer. The seats have been contoured for better support, and the lower portion of the bolsters have been removed to make room for an officer’s utility belt. No doubt a wildly popular feature for those long shifts and stake-outs.

The coolest new feature is the application of Ford’s SYNC technology to an officer’s needs. When the system is turned on, the lights and sirens can be voice-activated, allowing the driver to keep his hands on the wheel and maintain complete focus. There’s also the BLIS system (Blind Spot Identification System). It alerts the driver when a car is approaching the car’s blind spot, although I doubt it will get much use, because when’s the last time anyone ever passed a cop? I’ve been behind one doing 22MPH in a 25 zone. Normally I would pass the offending motorist and voice my opinion of them using some R-rated vernacular, but when it’s a cop, I shut my mouth and keep my right foot steady. 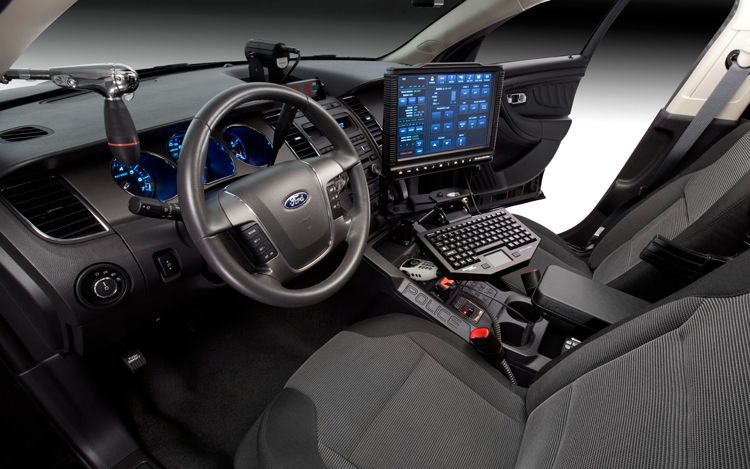 The old Interceptor had a 4.5L V8 that made a measely 250hp, and had a snail’s top speed of 120mph (135 for those with lower gearing for highway patrol). The new car will offer departments two engines: a 3.5L V6 making 265hp or the Eco-boost version that packs 365+hp. Both engines are more powerful than the old V8, and at the same time will reduce fuel costs and CO2 emissions. No matter what engine the car has, it will be faster, and able to give chase for longer, than the old model. 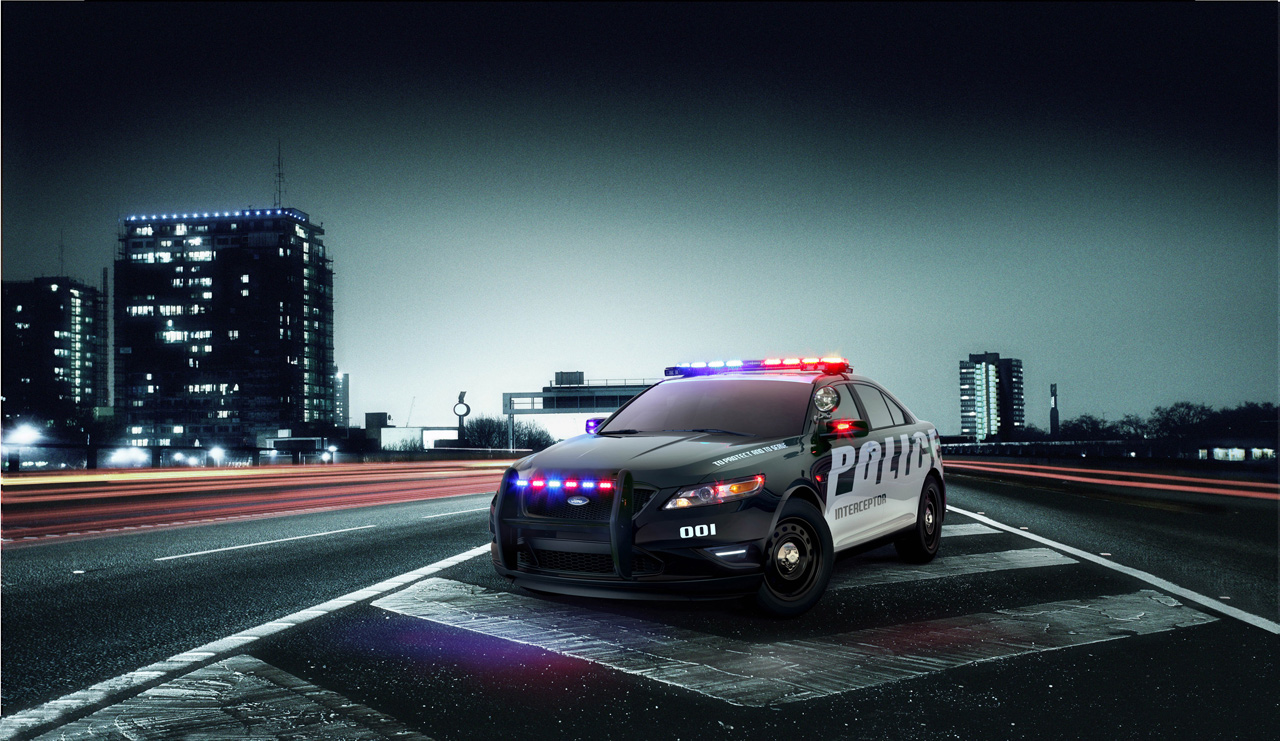 The new technology will mean faster response times, and a safer and more comfortable environment for our cops; all good things. As much as I hate getting pulled over, these people put their lives on the line every day, and are there when we need them. While pulling people over for a modified car isn’t exactly saving mankind, when real bad guys show up I want our folks in blue to have every piece of technology possible to ensure their safety and quick success.

The 2012 Ford Interceptor certainly has the parts necessary to get the job done, and a face to advertise it. So if you happen to see a badass, blacked out Taurus riding your tail, don’t hit the gas. If you do, the officer willl simply use the hands-free SYNC system, activate 1000 blinding strobes, an ear-splitting siren, and have your entire record and a list of your fears on his laptop…all without taking his hand off his Krispy Kream.