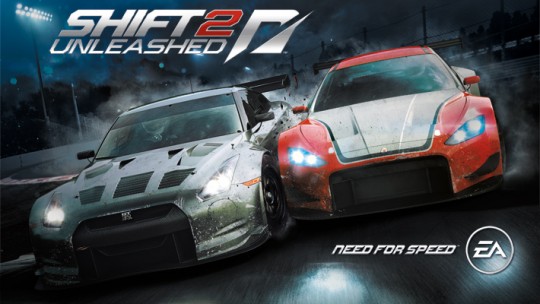 Need For Speed has recently been overshadowed by the overhyped rivalry between Gran Turismo and Forza Motorsports. But that in no way diminishes its relevancy or merits. Let’s not forget that NFS is the most successful racing video game series ever and for good reason… Now, Need For Speed SHIFT 2 UNLEASHED is fighting back on multiple platforms – PC, Playstation 3 and XBOX 360.

Need for Speed Shift II: Unleashed picks up where the original left off and is being developed by Slightly Mad Studios. We’ve seen a steady stream of well-timed teasers over the last few months leading up to the release on March 29th (preorders are now available). And unlike GT5, the promotional engine for NFS has not had to sputter and stall as everything seems to be dropping right on time. And so, without further adieu, after the jump is the final launch teaser before the big day. It features a new track from Rise Against called “Help Is On the Way” off their latest album Endgame. We’ll have a full review of the game in the next few weeks so check back soon.