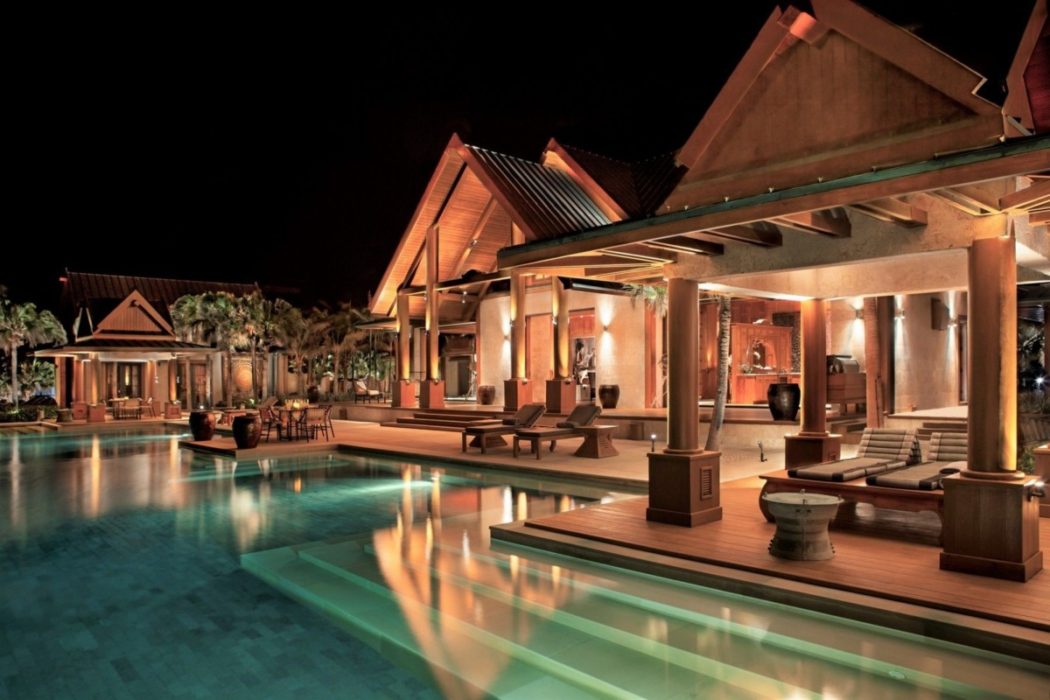 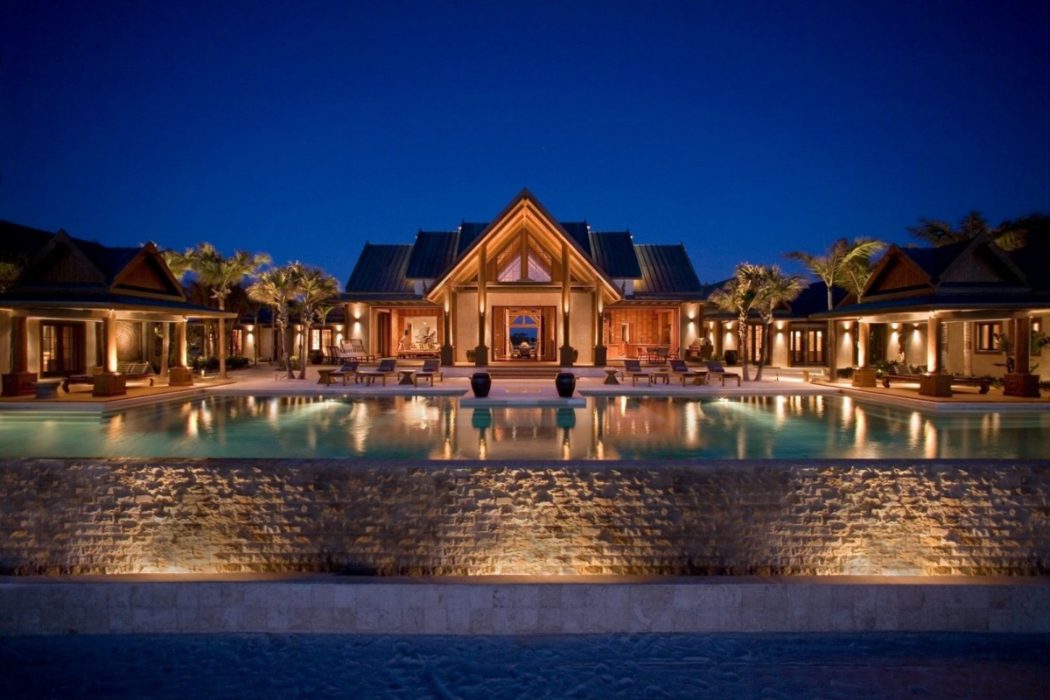 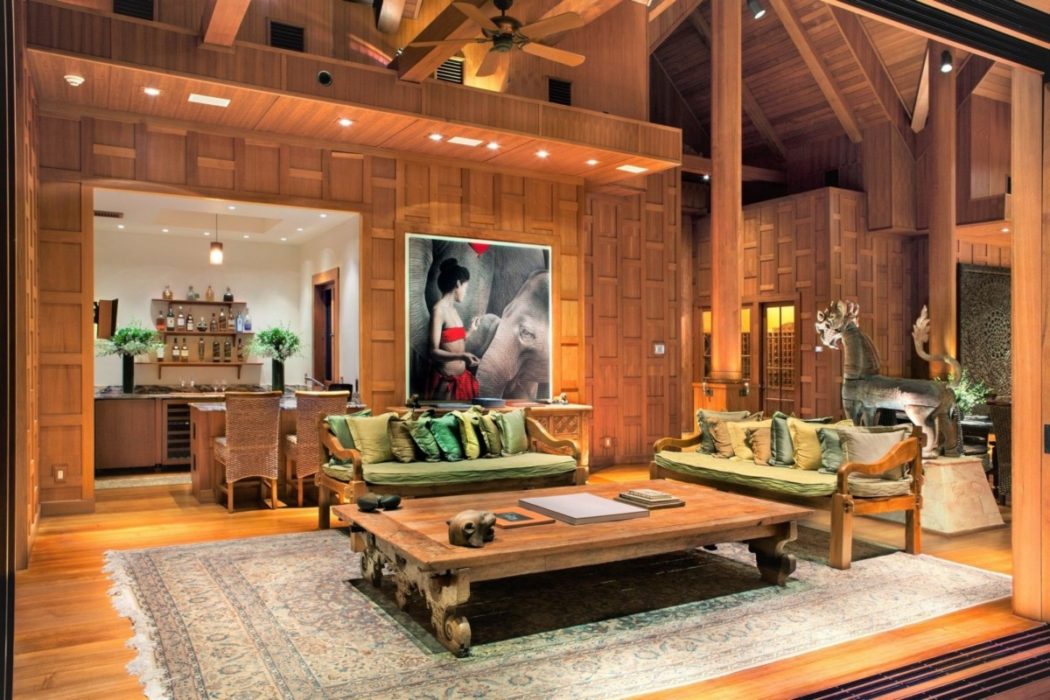 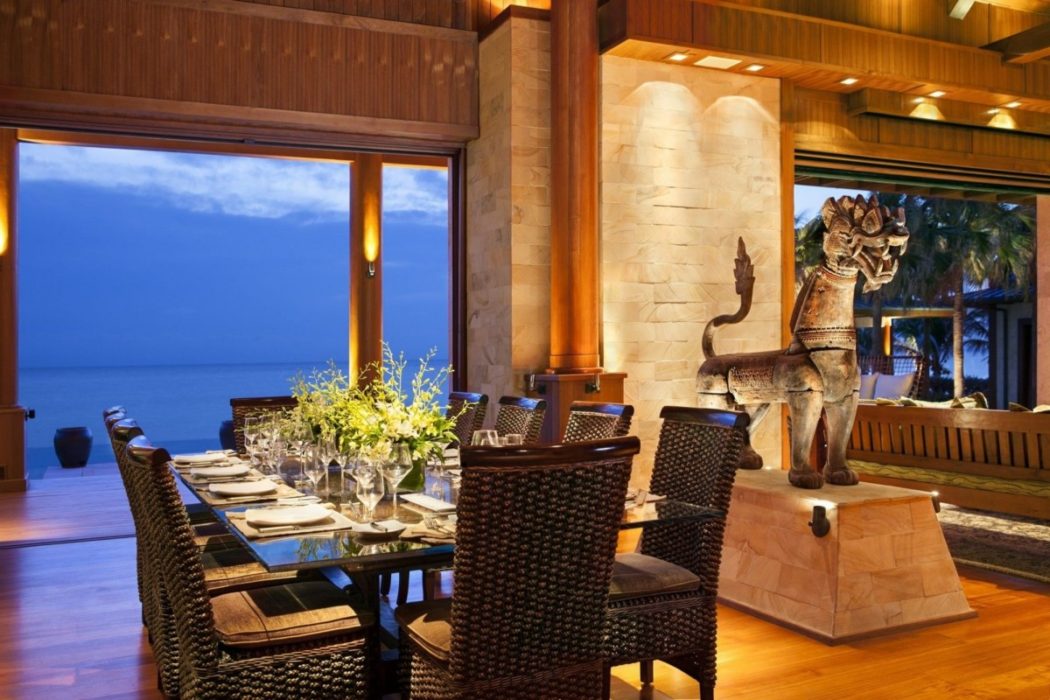 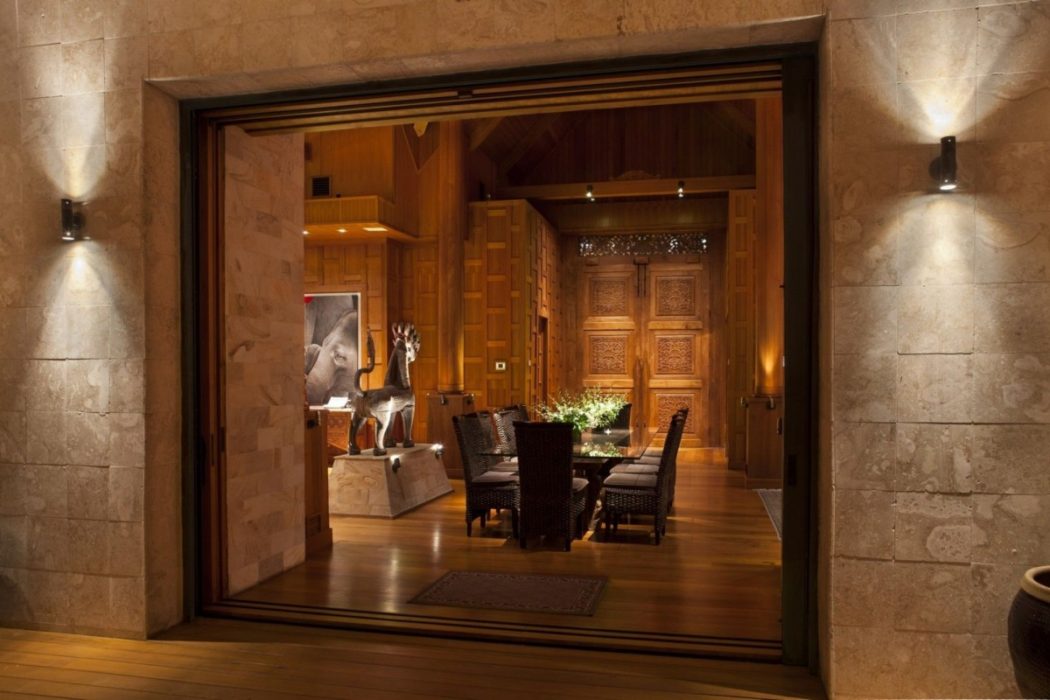 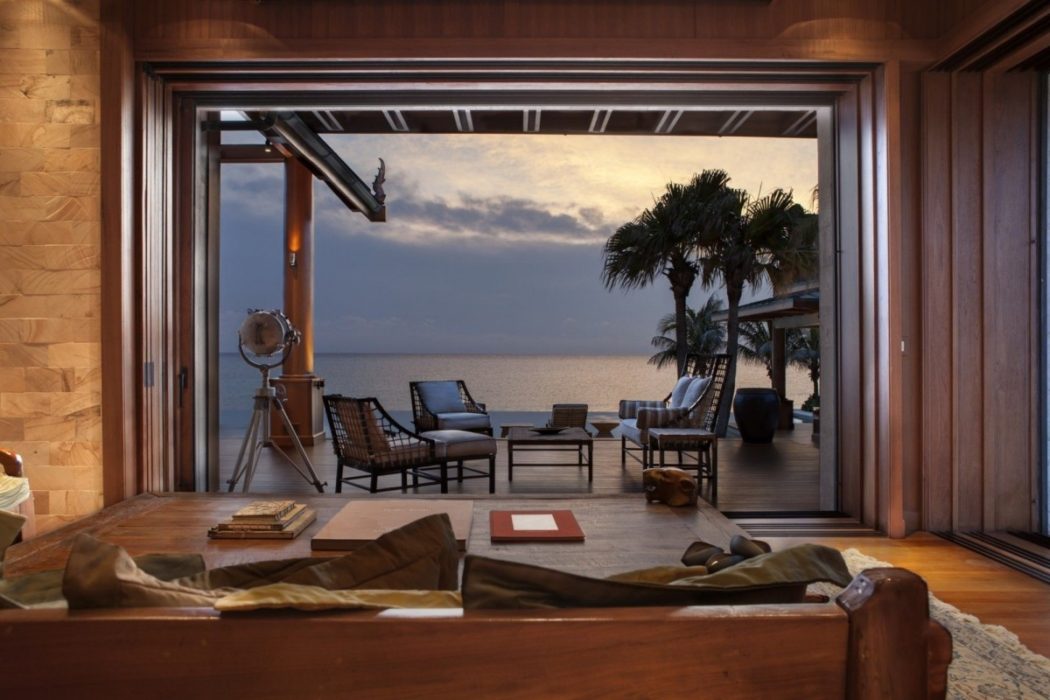 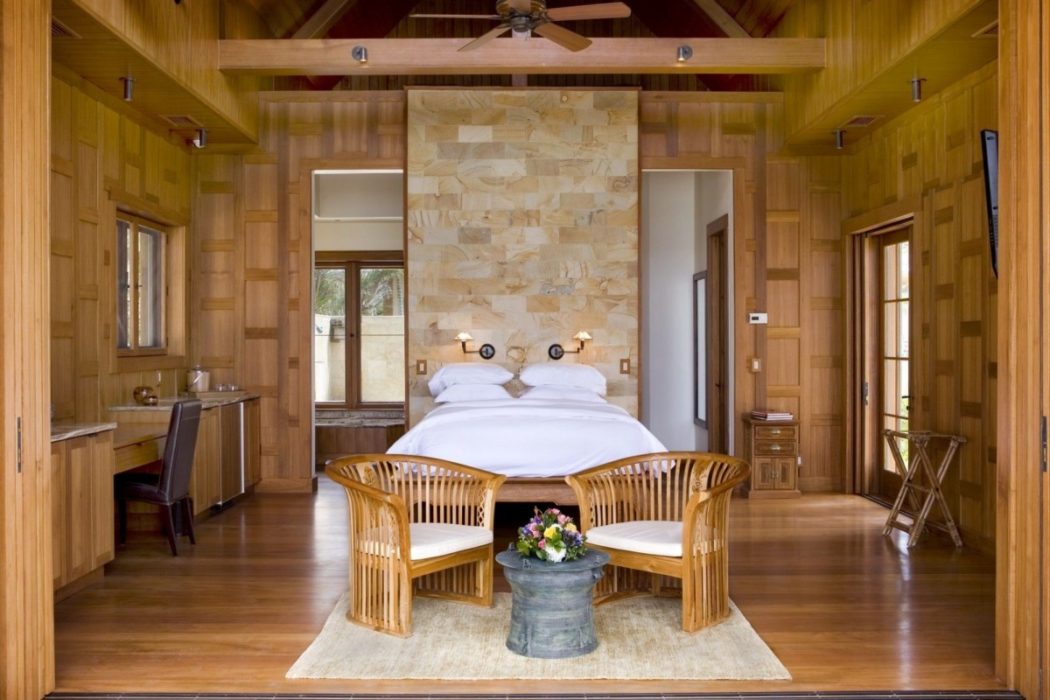 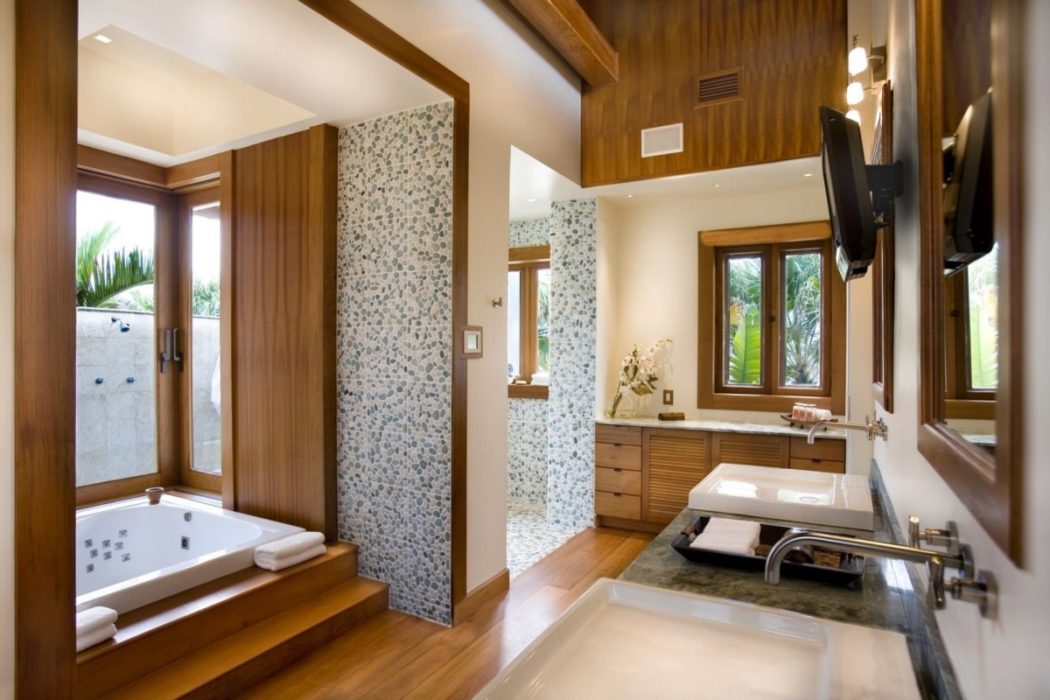 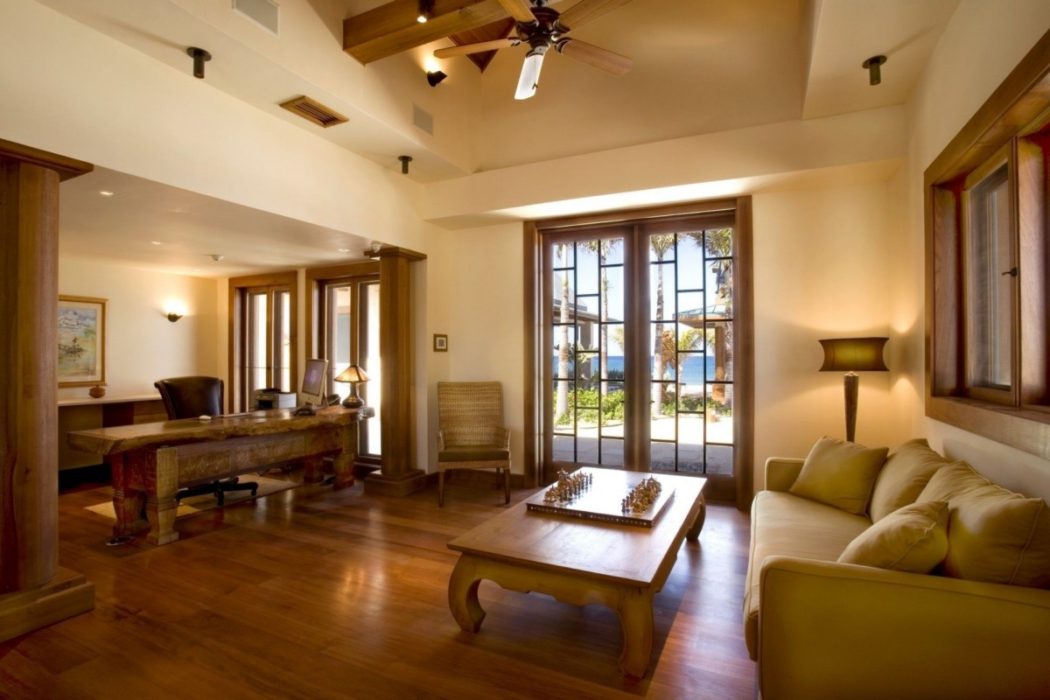 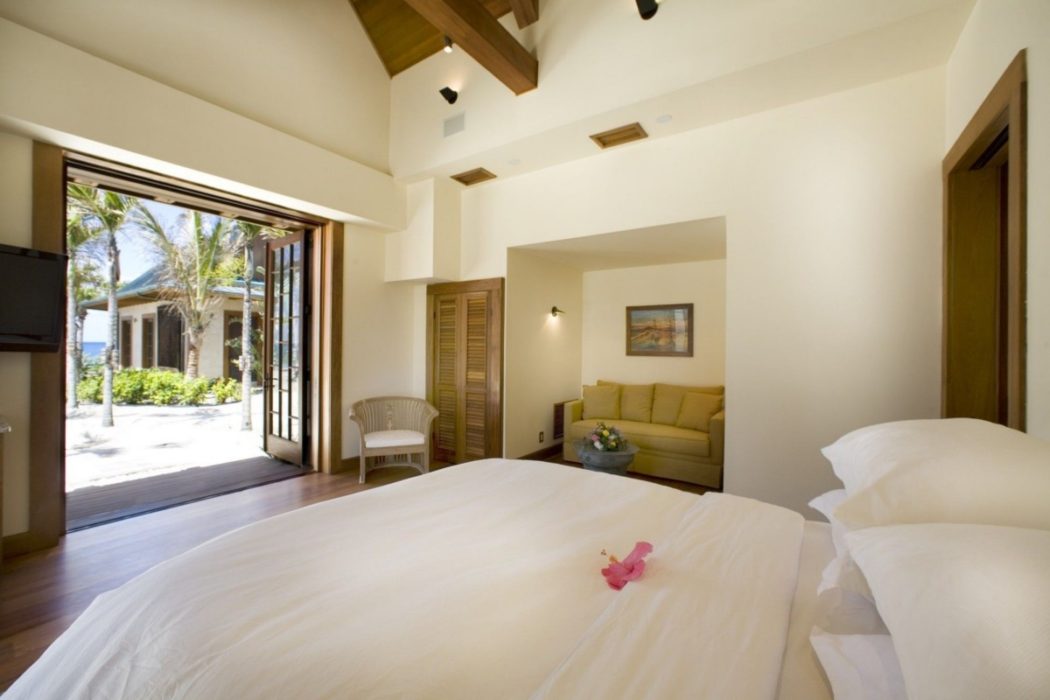 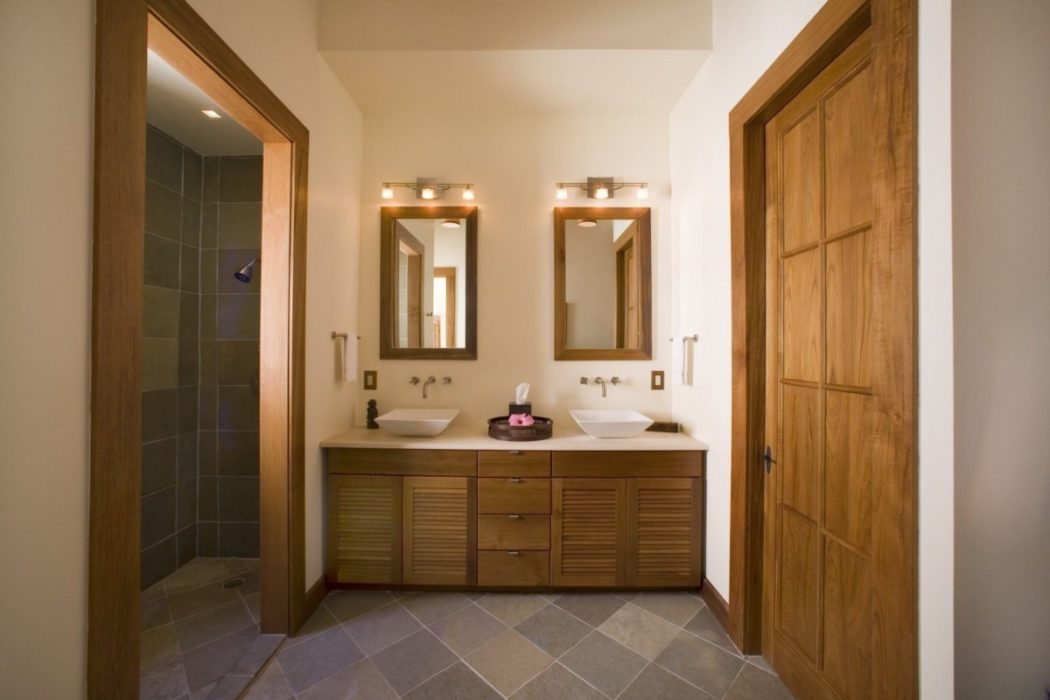 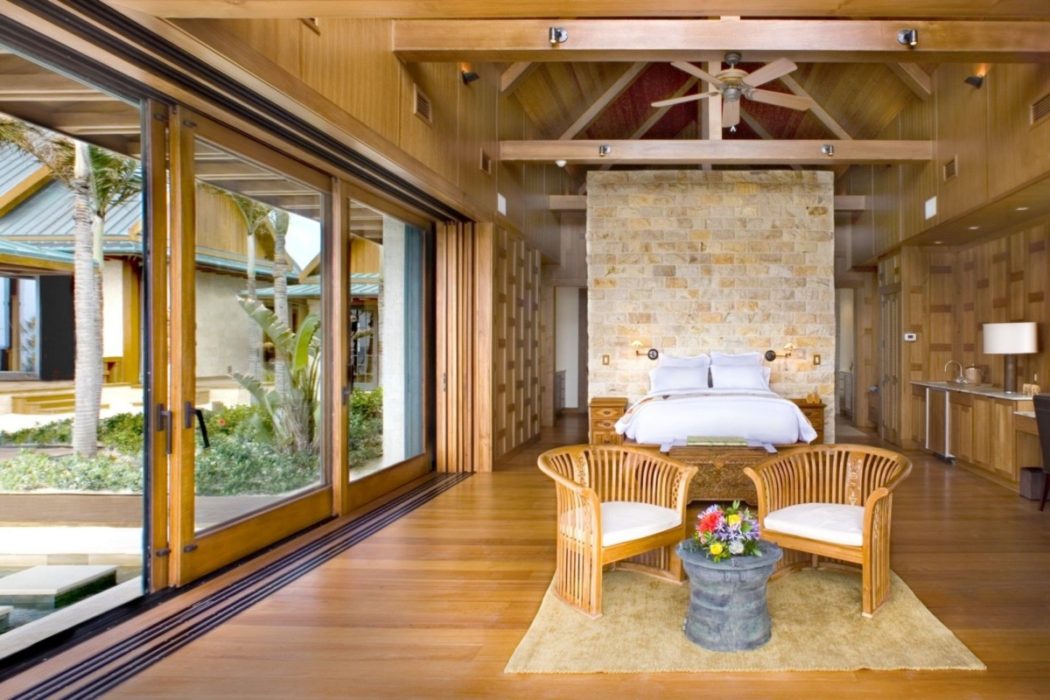 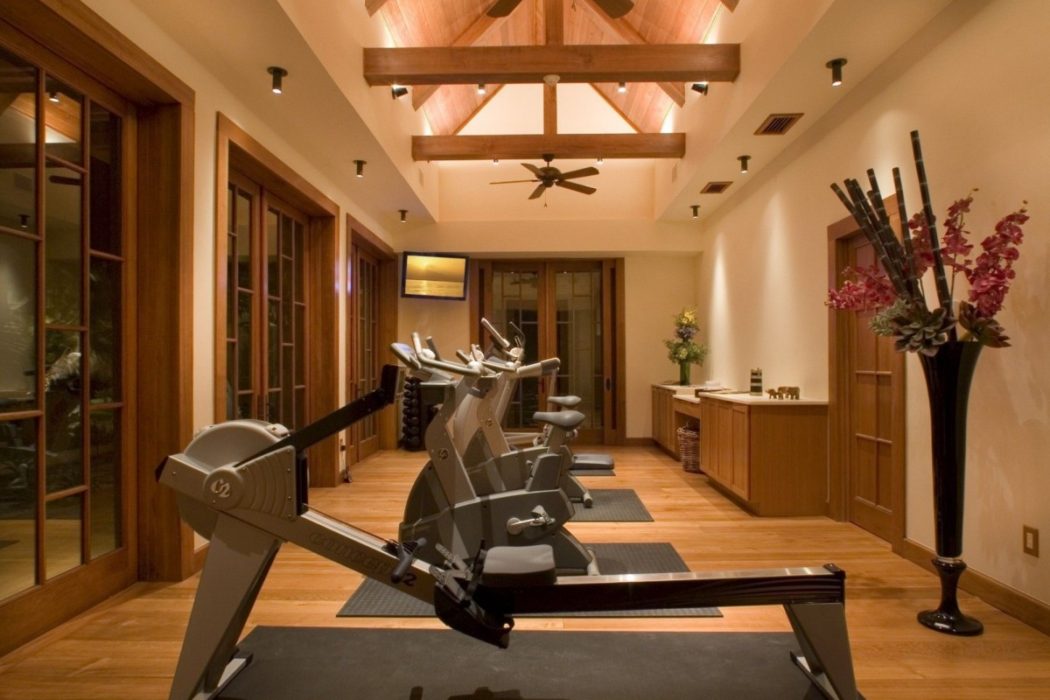 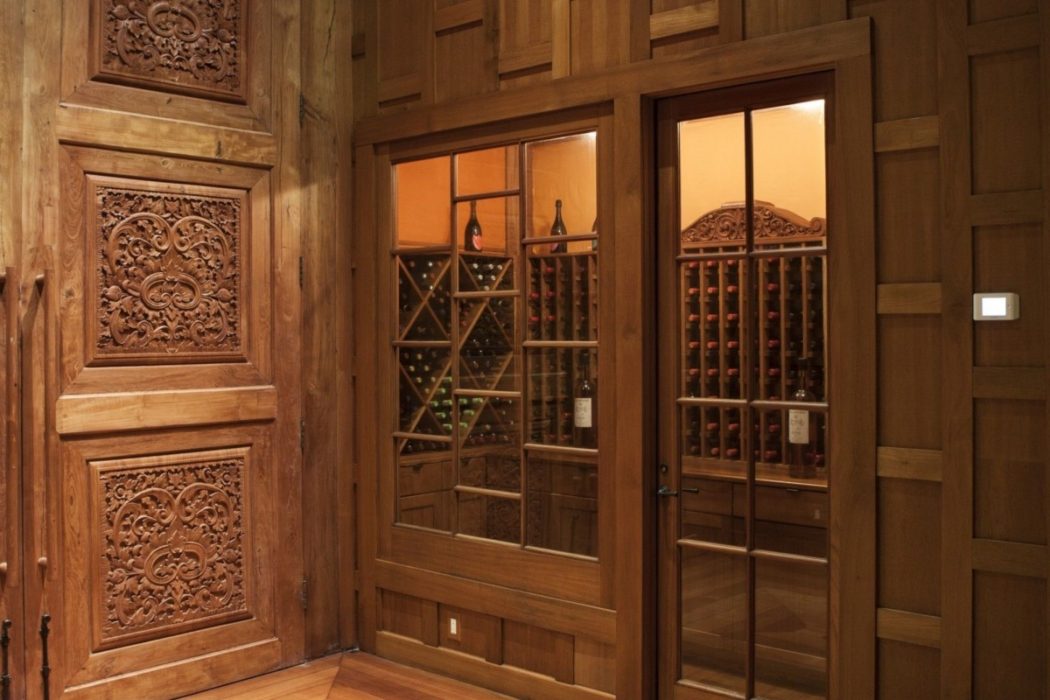 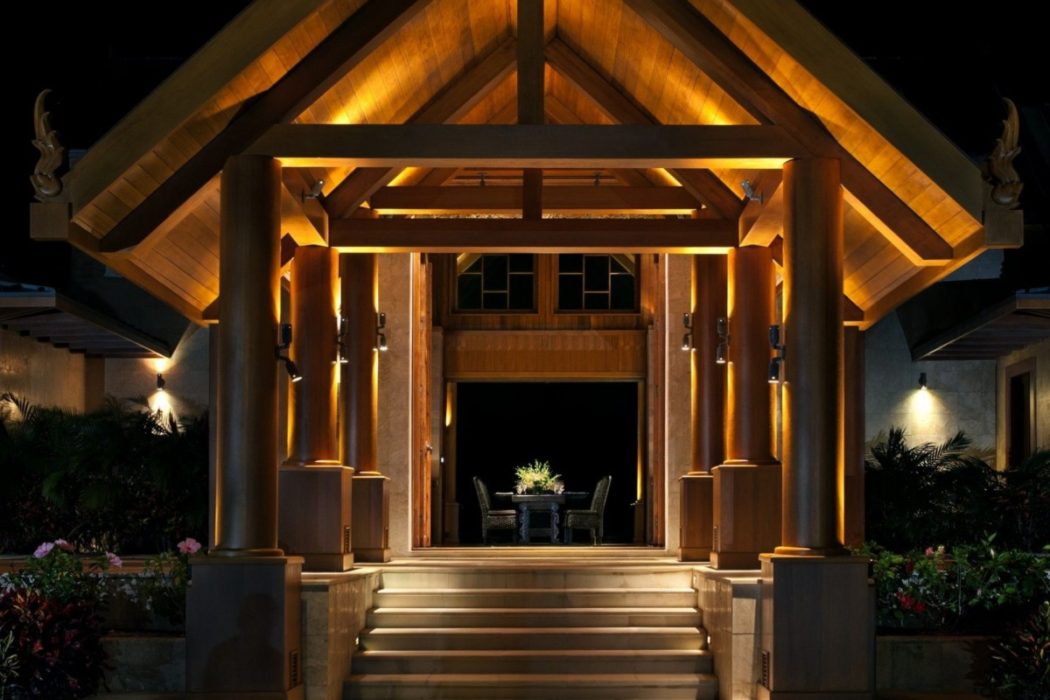 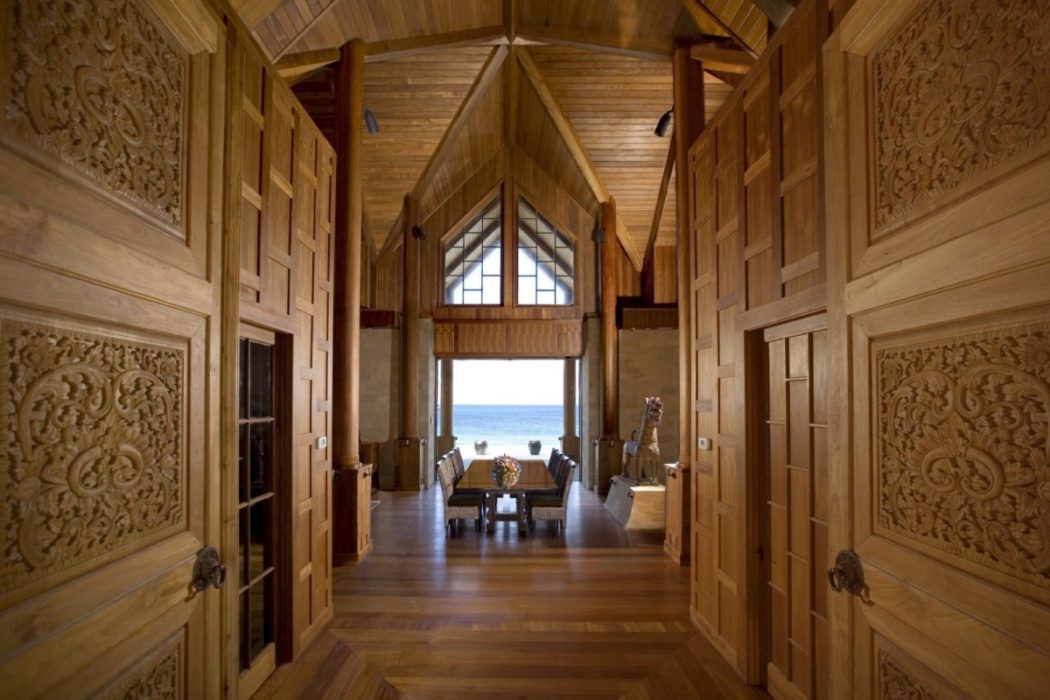 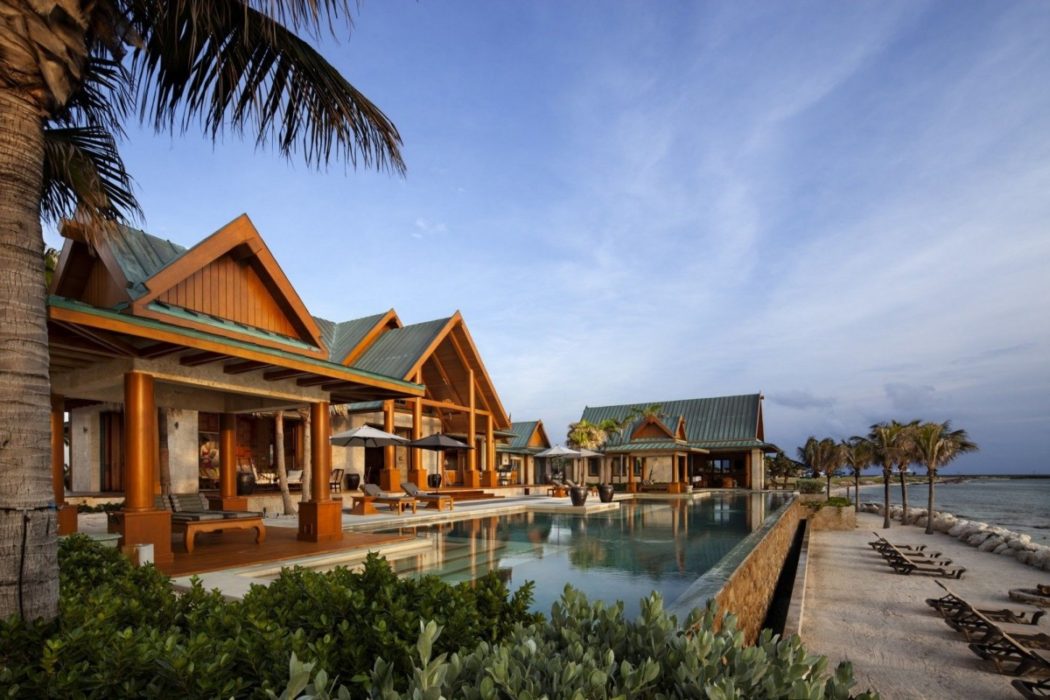 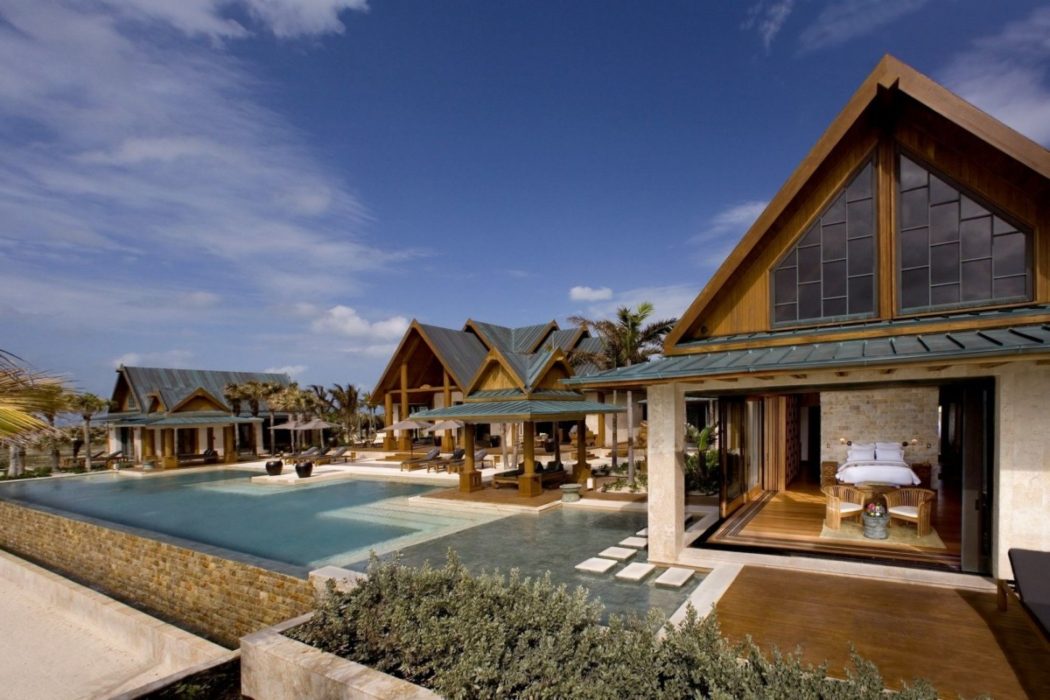 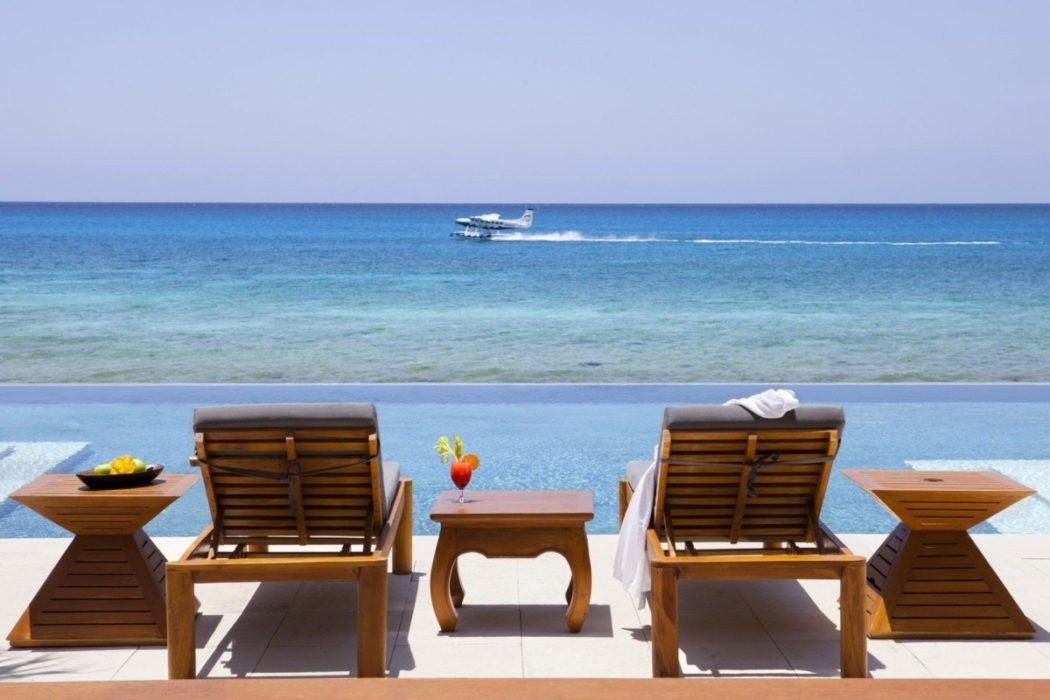 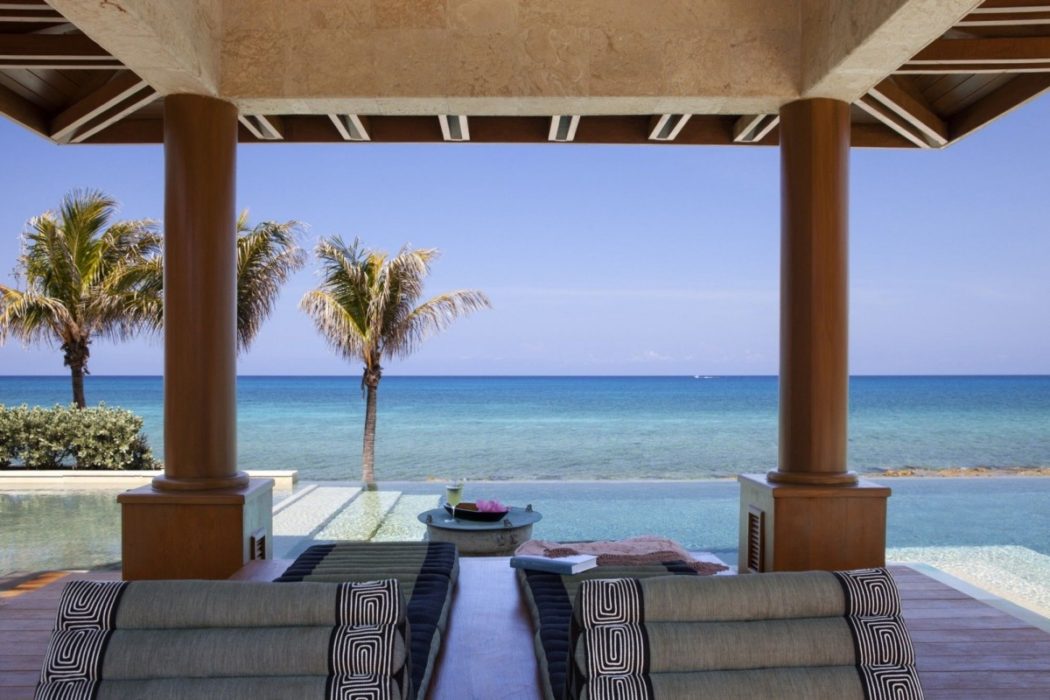 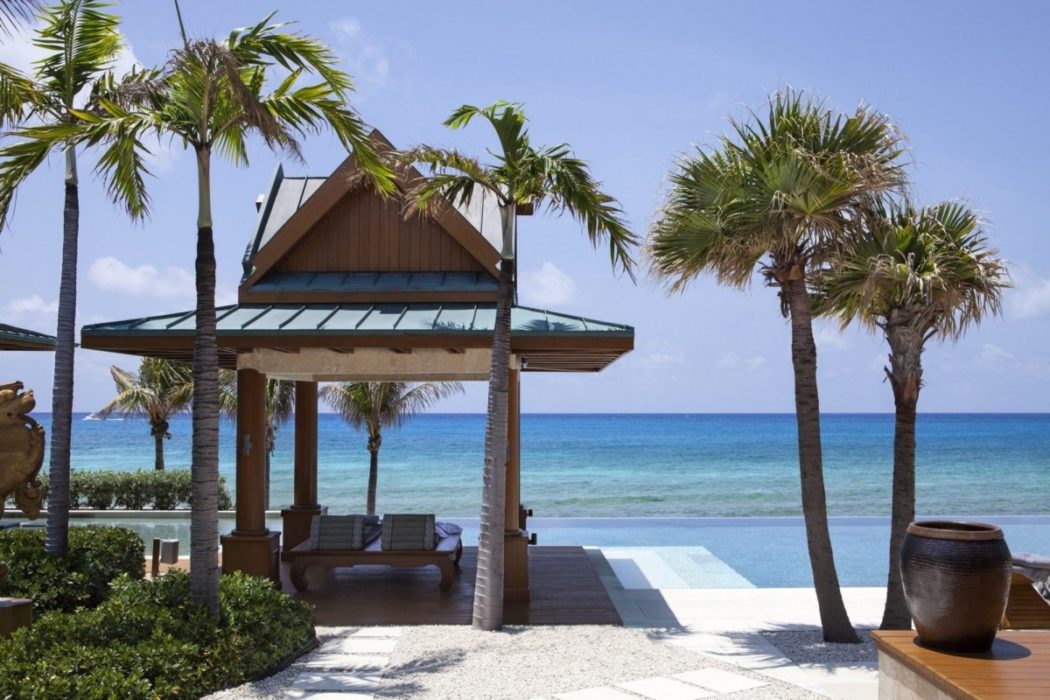 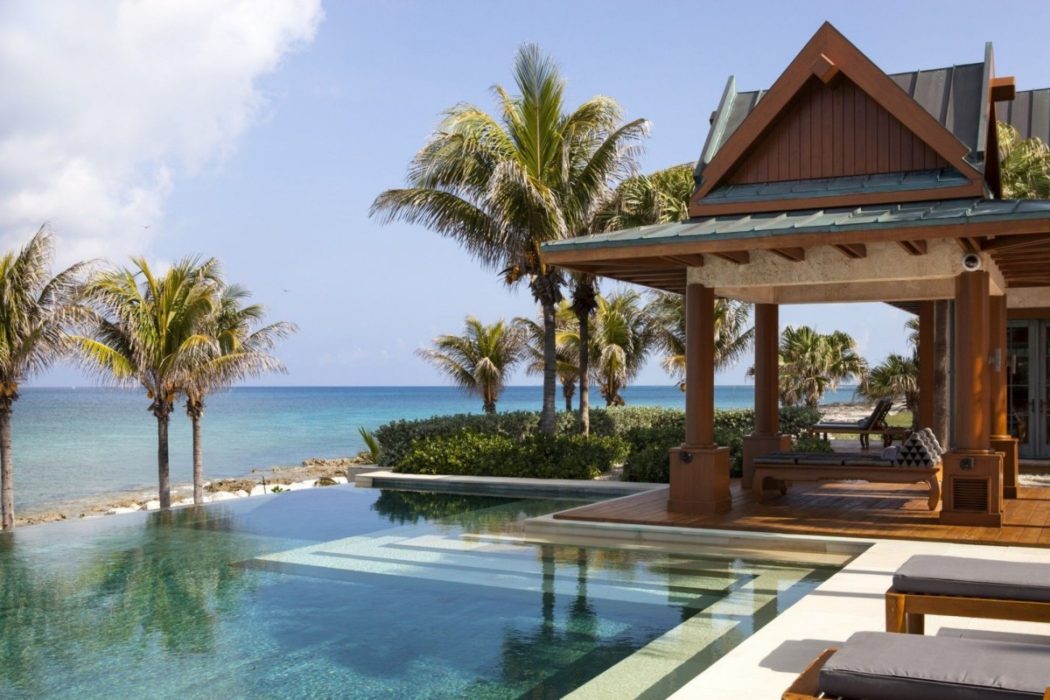 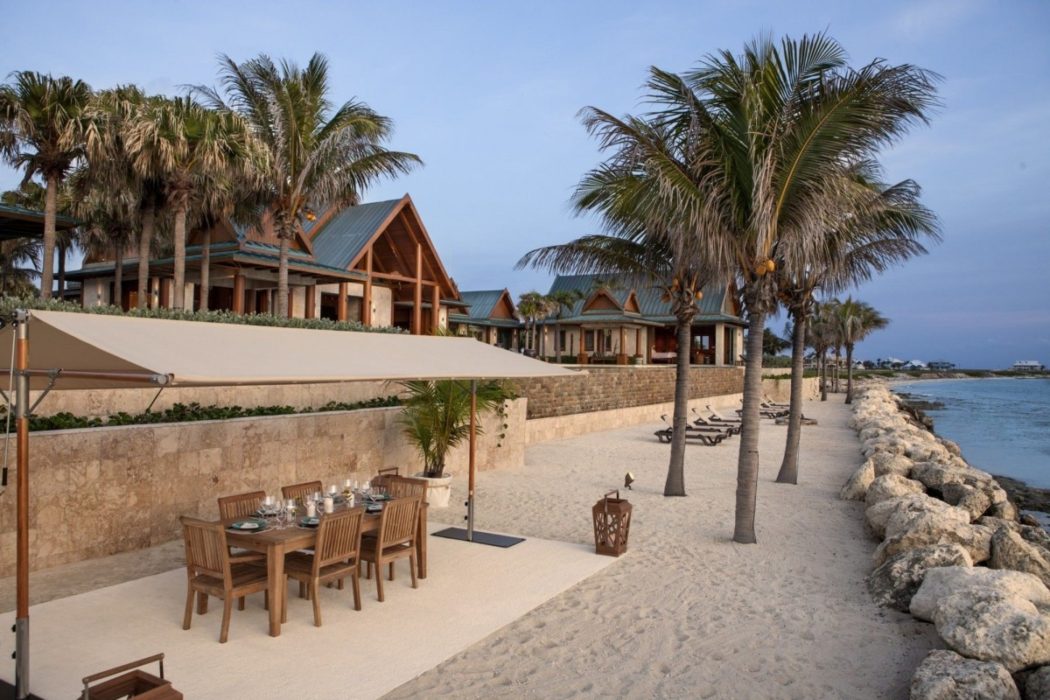 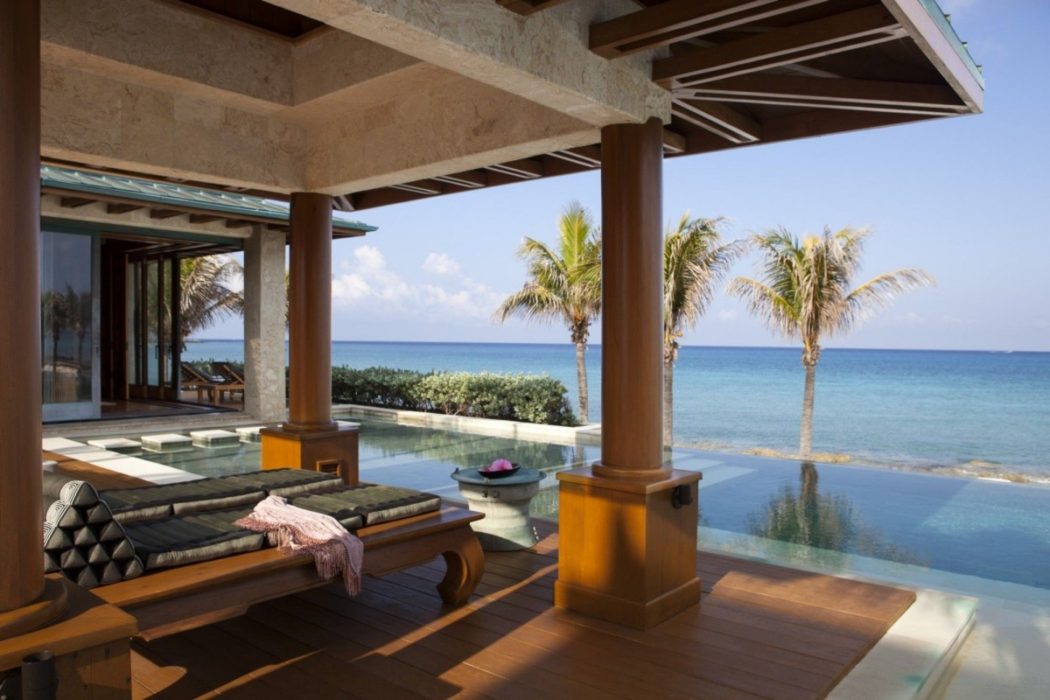 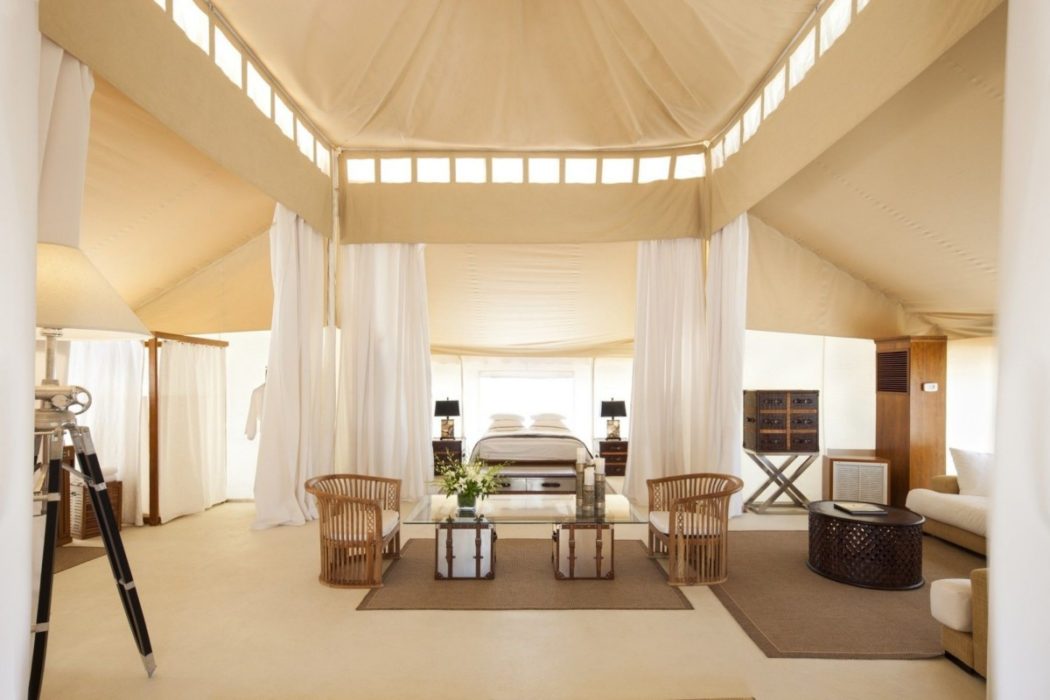 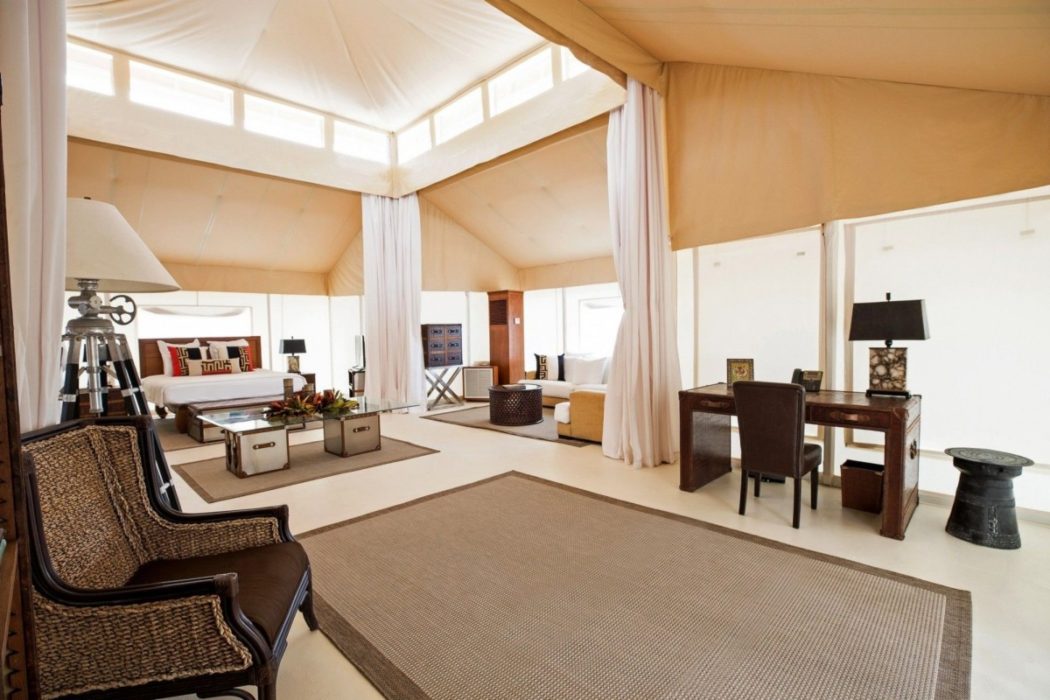 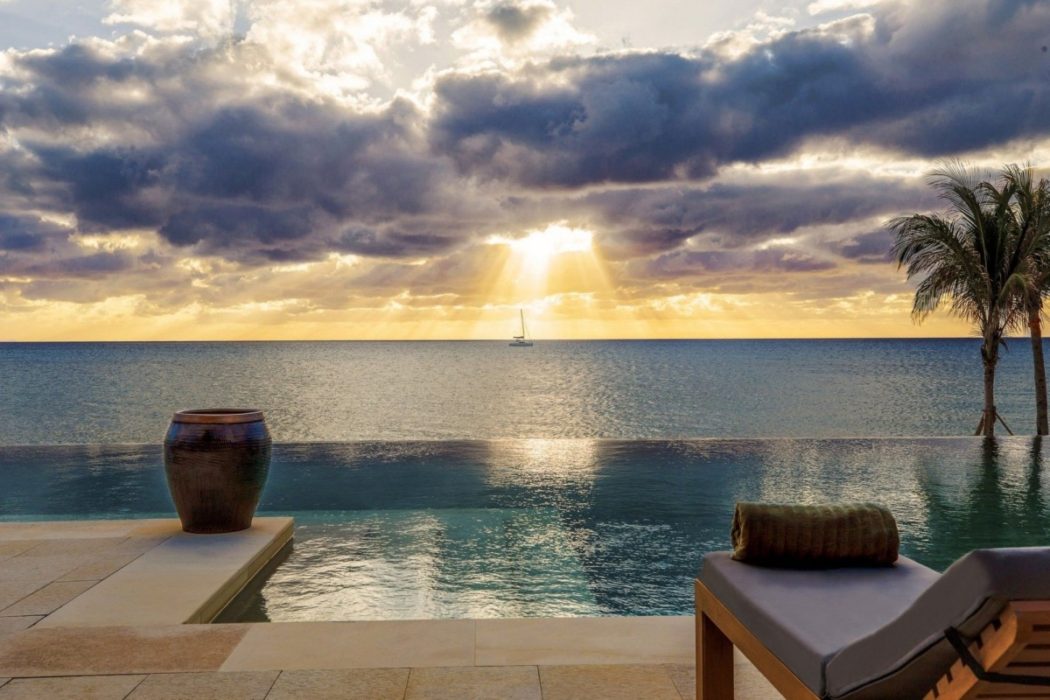 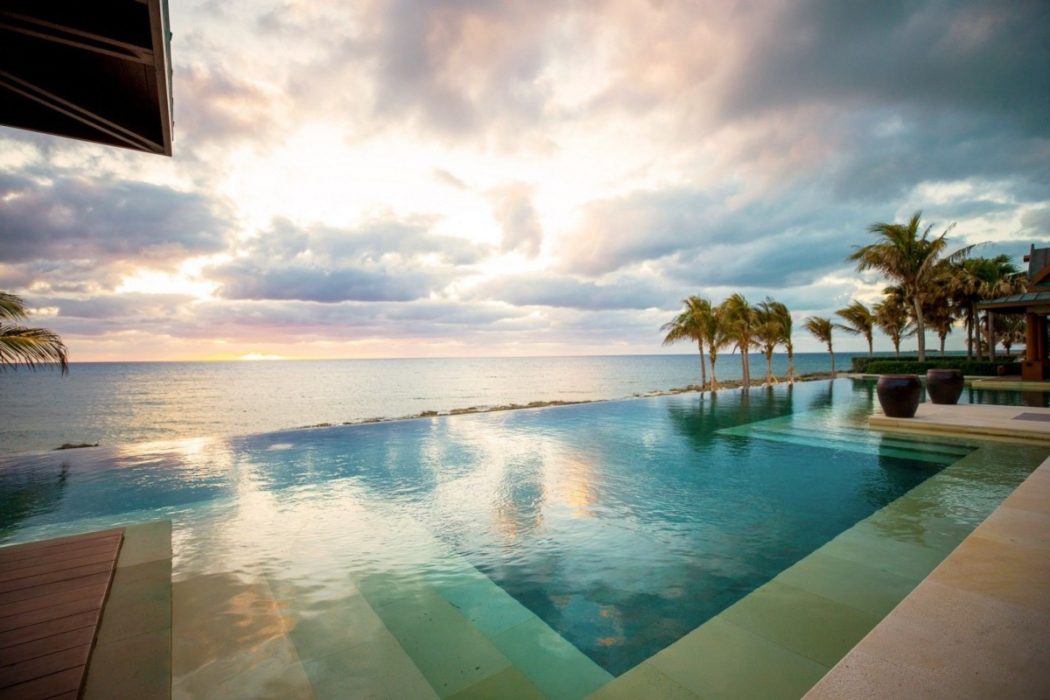 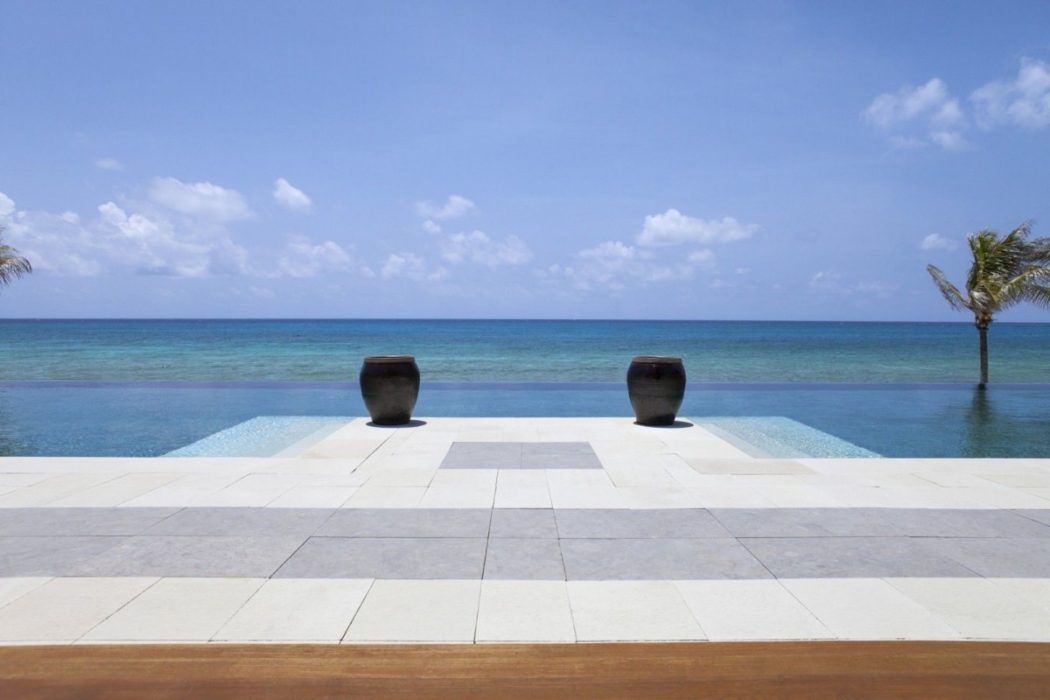 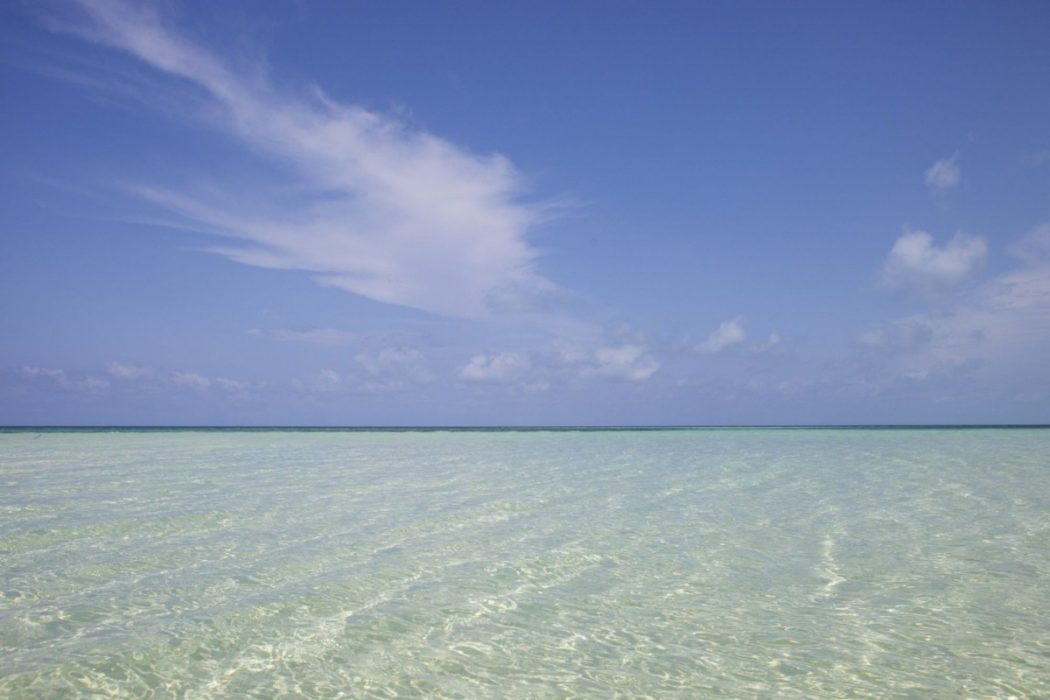 About 64 miles due east of West Palm Beach, Florida, you’ll reach the very western tip of Grand Bahama known as, funnily enough, West End. And upon reaching this westernmost shore of the Bahamas, you’ll find a few very nice houses along the beach, one of which is currently for sale. It’s called Nandana, which is the Sanskrit word for “paradise,” and based on its feature list and the pictures above, we’d say the name fits.

Rather than one main house and an outbuilding or two, this Balinese-style pad consists of six buildings, two of which are 1,000 square-foot-plus one-bedroom pavilion suites situated closest to the beach. There are also two smaller one-bedroom bangala (“bungalow”) suites, a gym, a 350 bottle wine room, a big storage building, wireless internet and a five-car garage. Venture outside and you’re greeted by a huge pool facing the ocean and a sizable hot tub, while just across the street on the inland side there’s a dock long enough and on a canal deep enough to accommodate 115’ long yachts, and there’s an airport with a paved 6,000’ runway and Bahamian customs office just a stone’s throw east of that. This tropical nandana has pretty much all you could want and more from a $15 million Caribbean dream home.