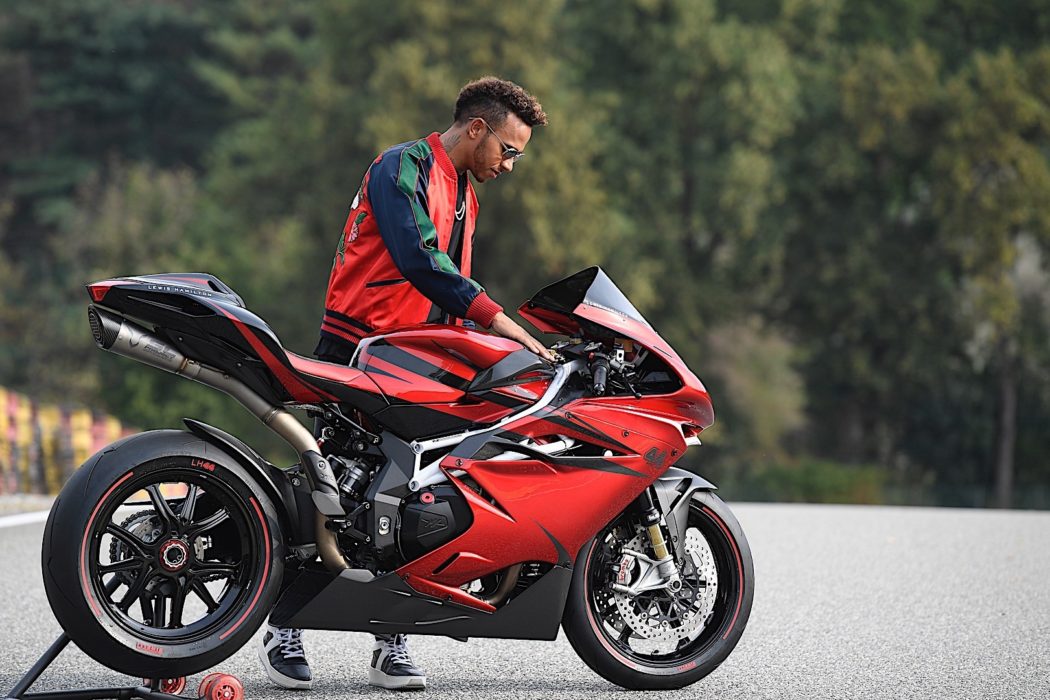 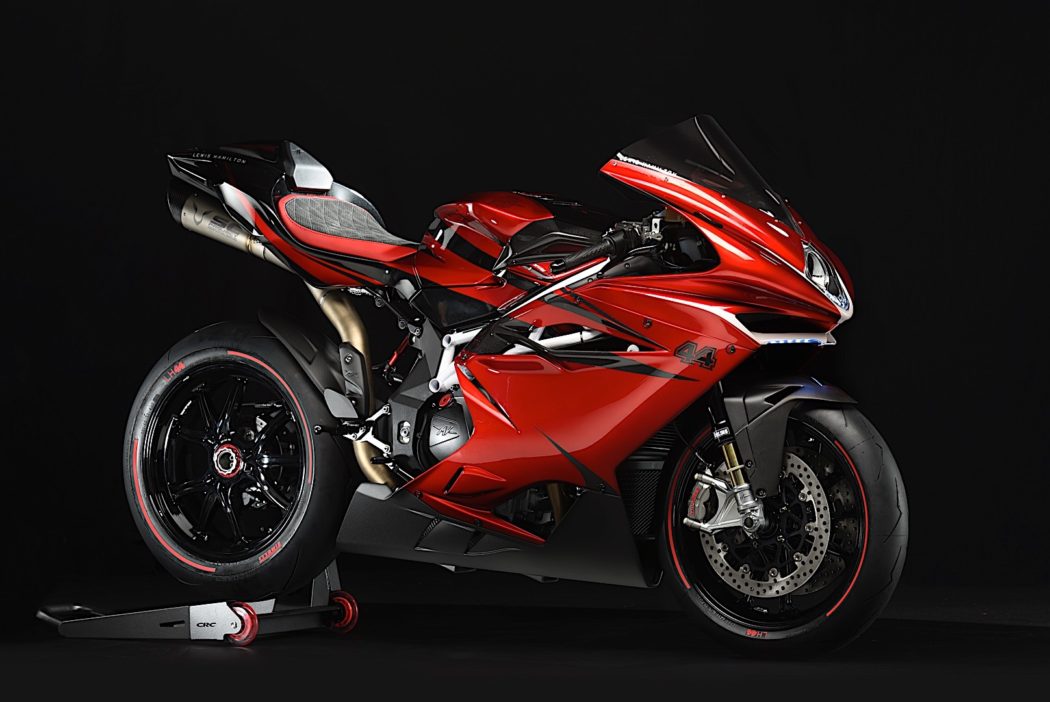 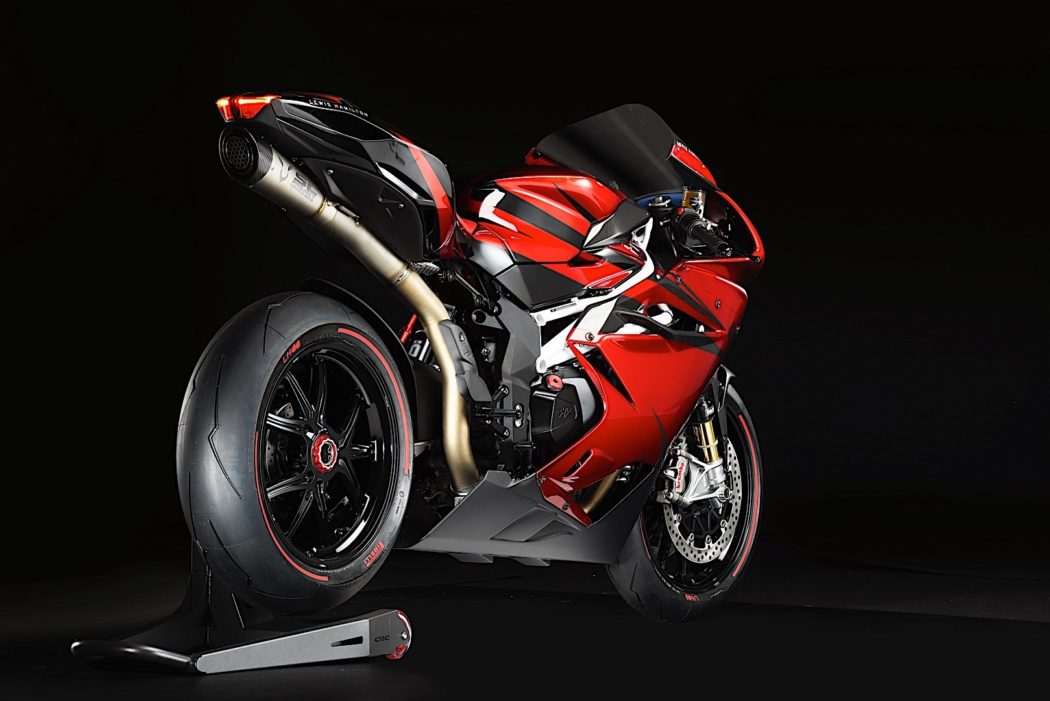 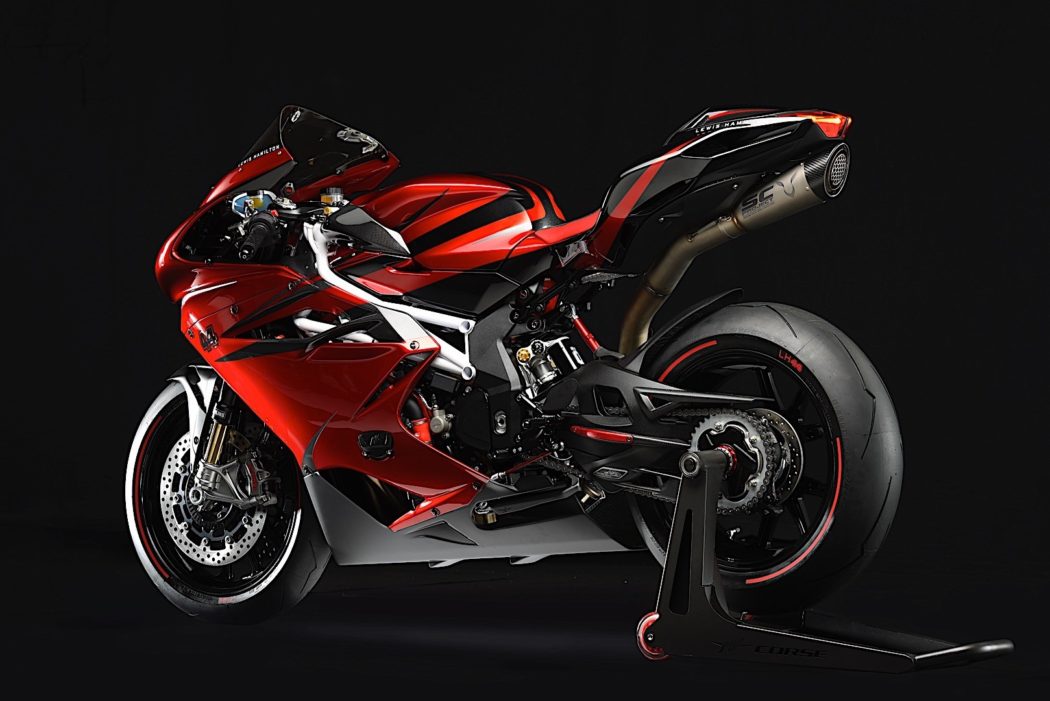 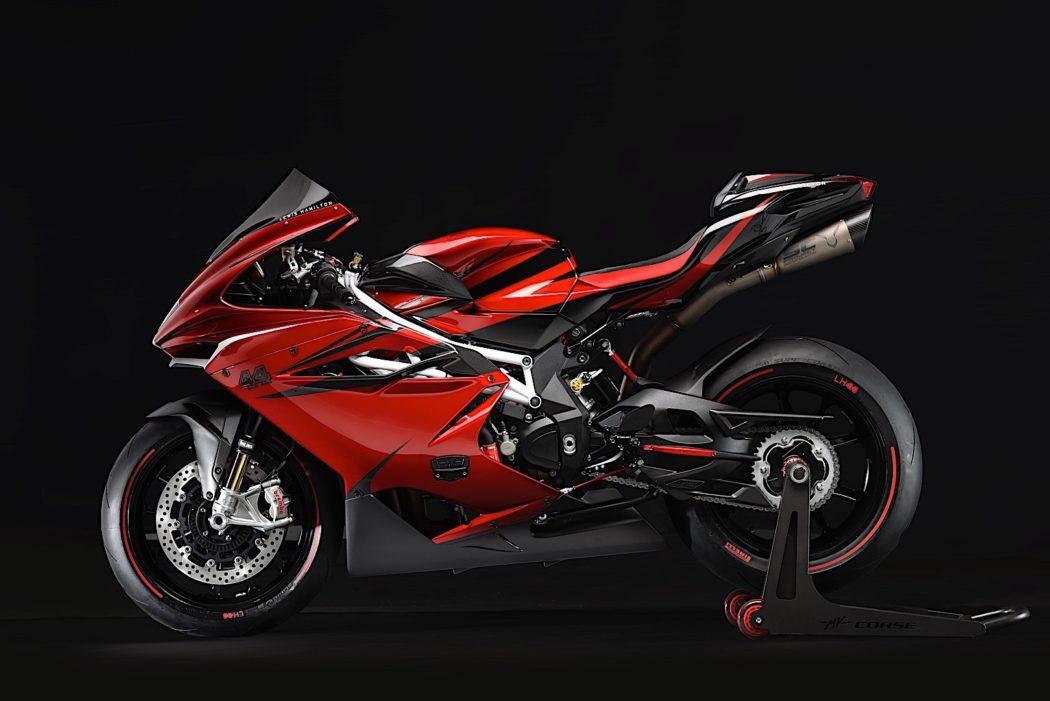 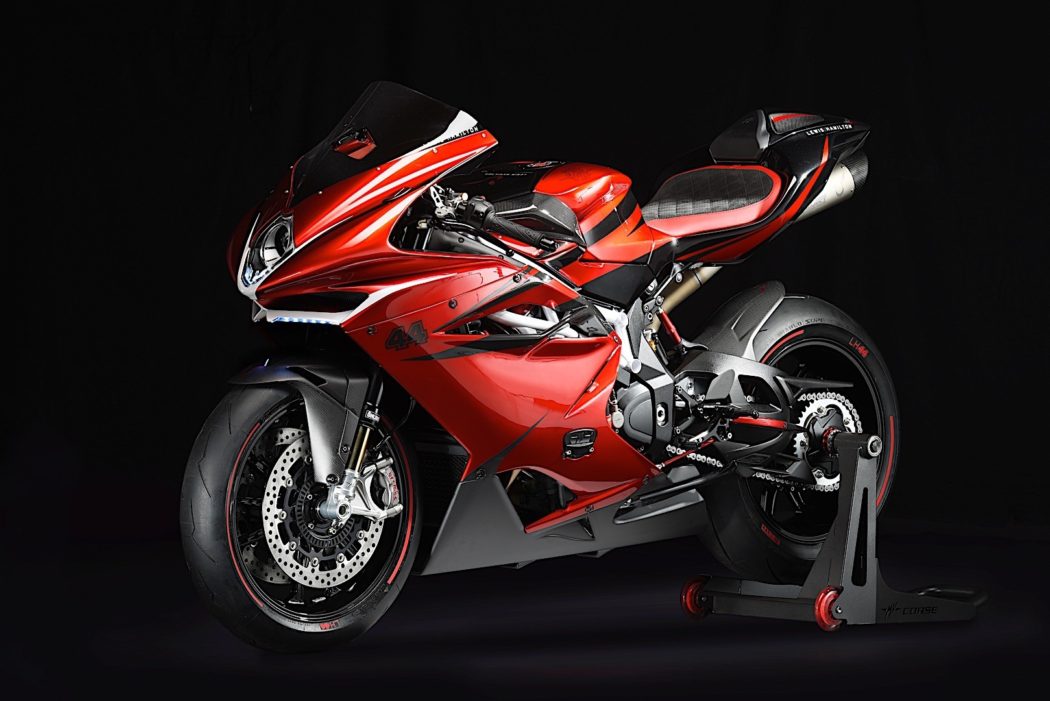 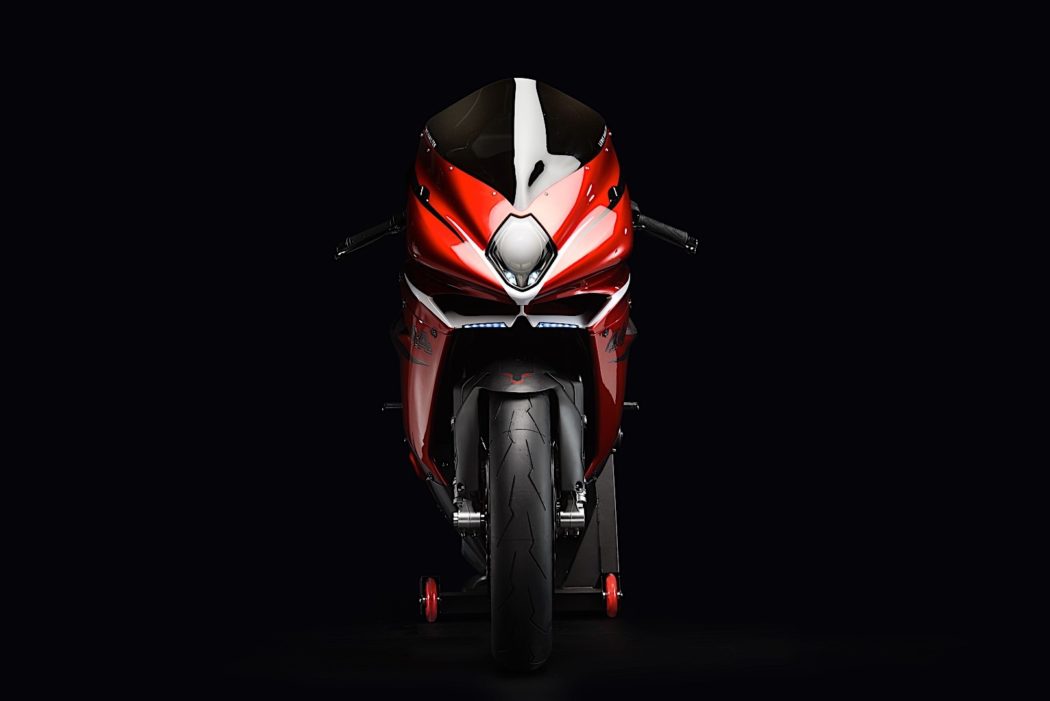 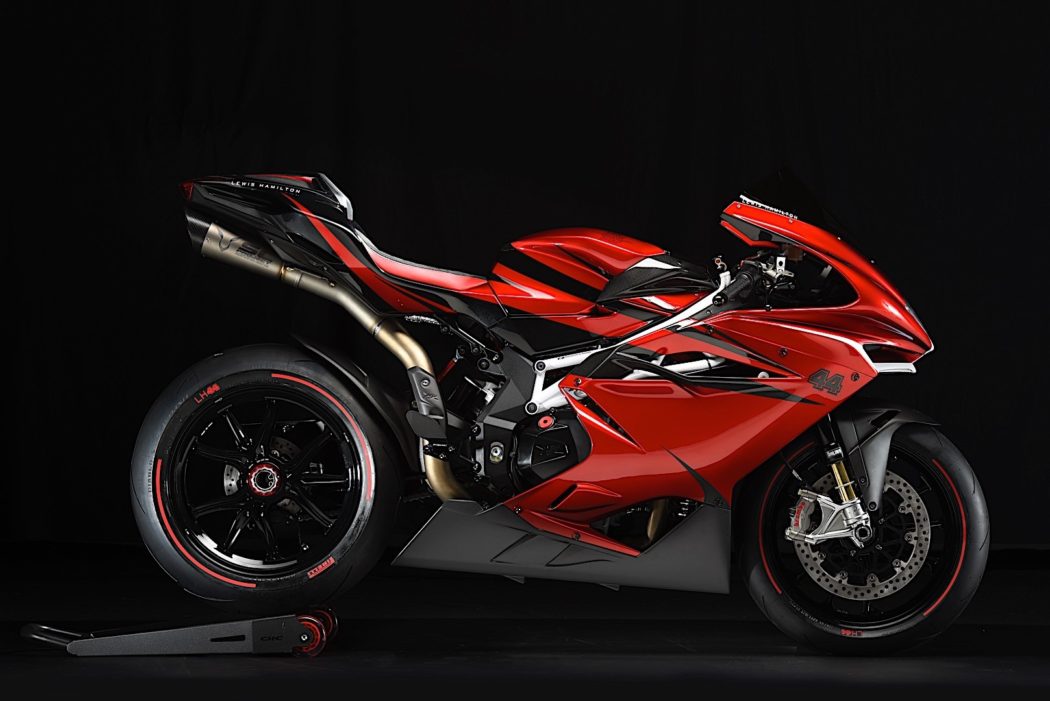 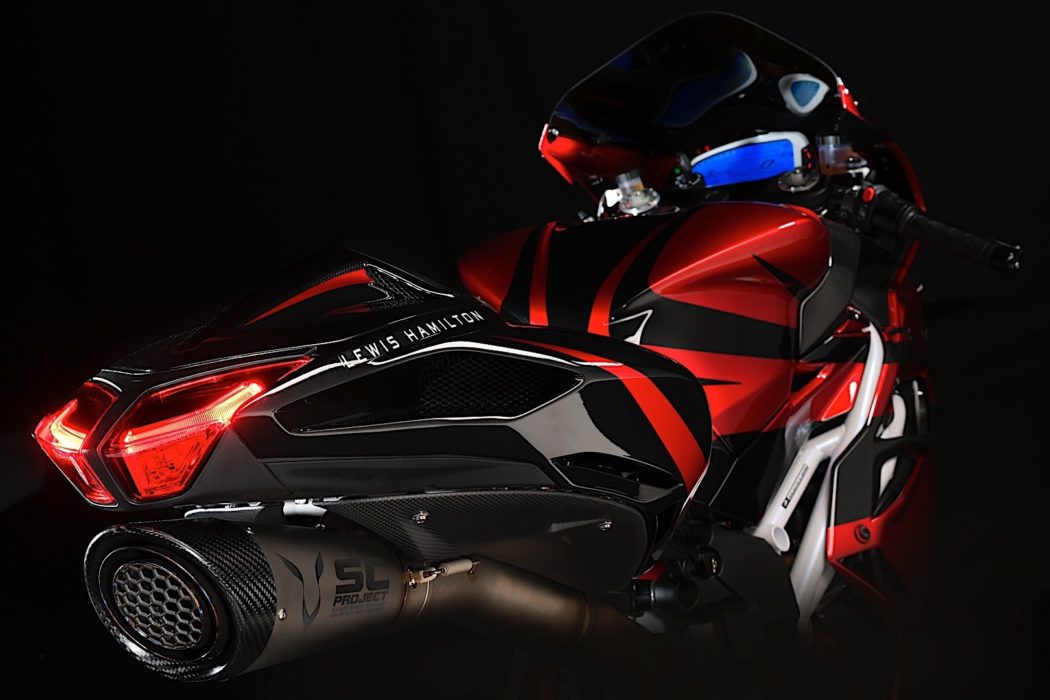 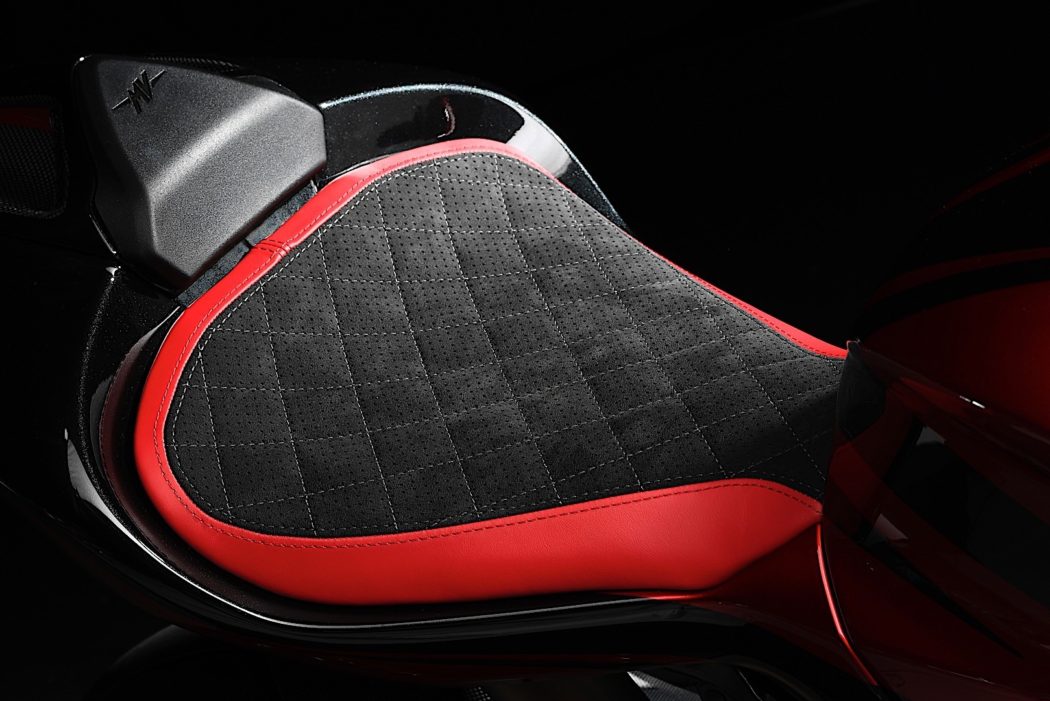 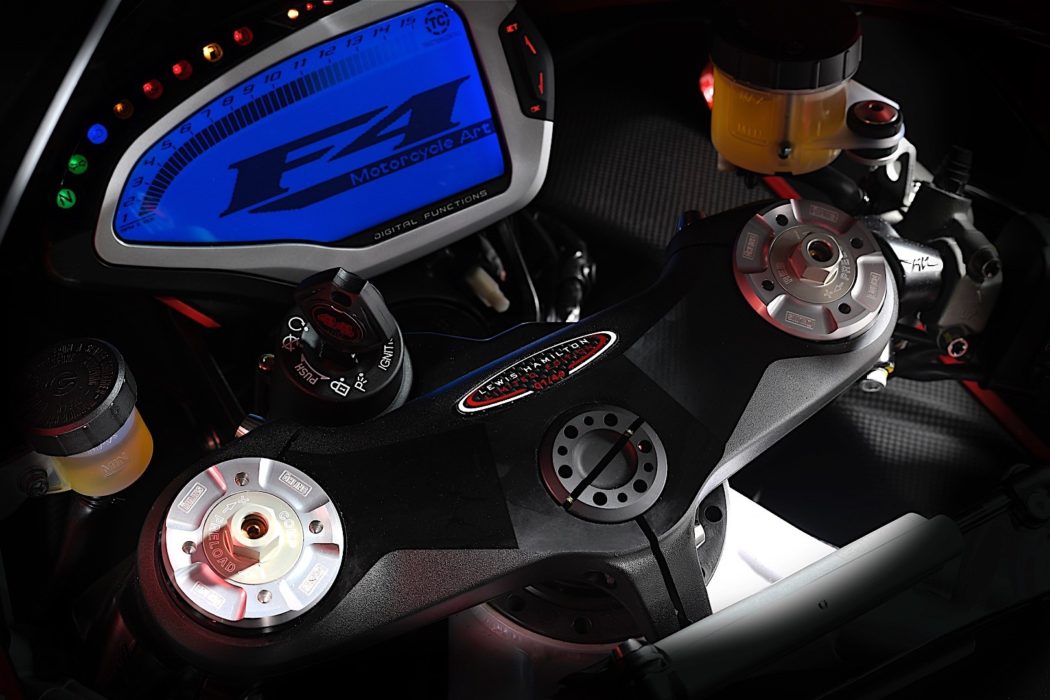 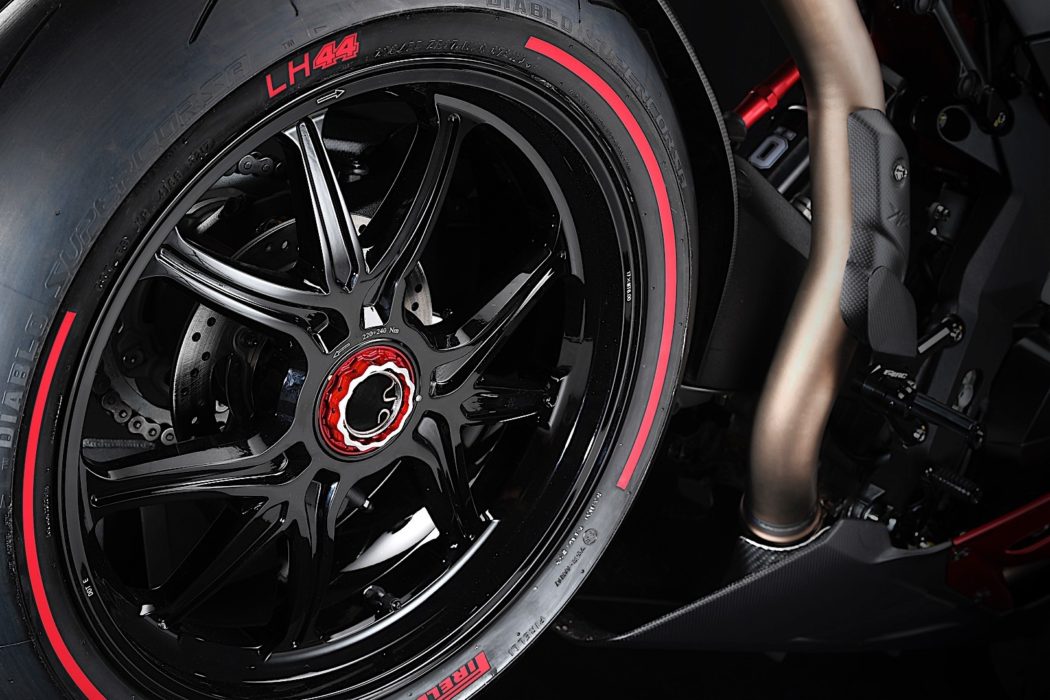 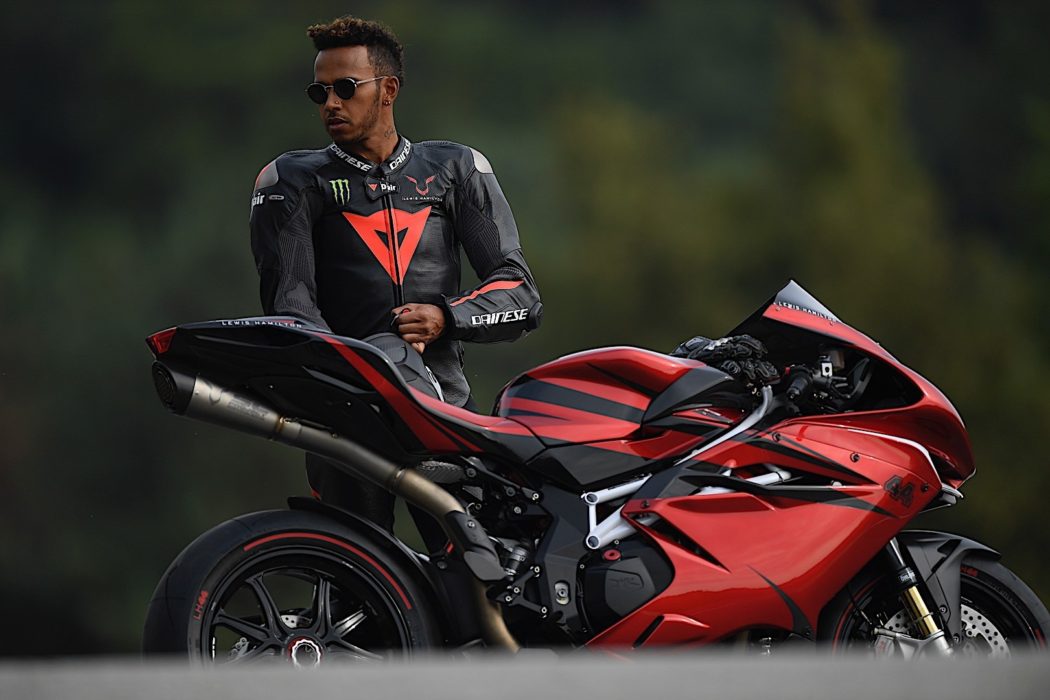 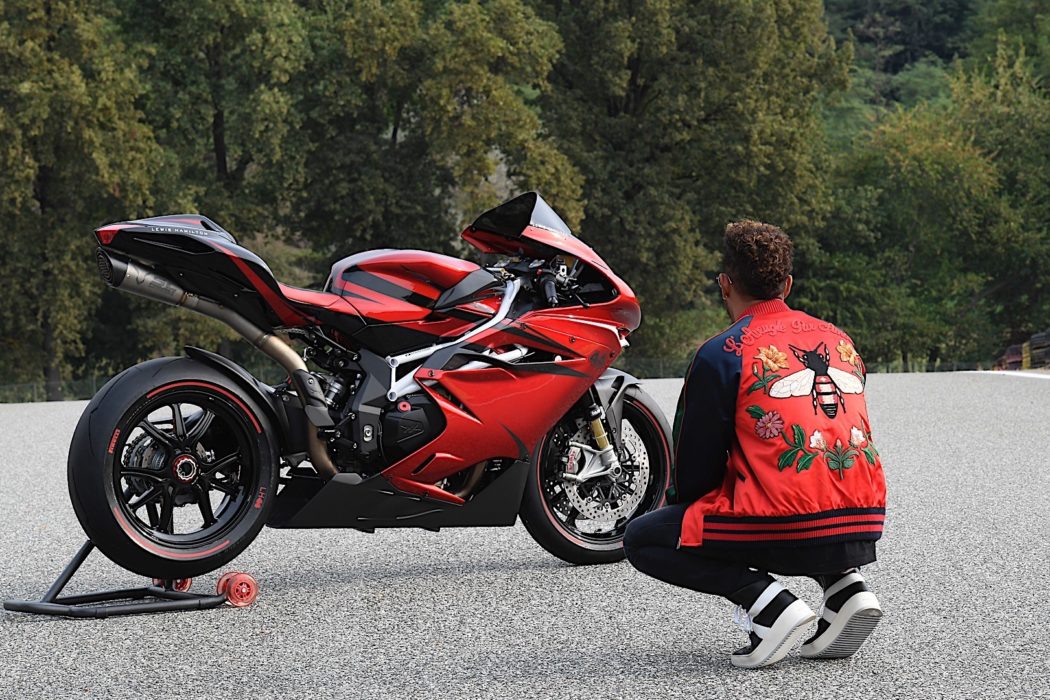 For one of the top drivers currently competing in Formula 1, Lewis Hamilton sure maintains a lot of interests outside F1. The three-time world champion (who currently leads the drivers’ points standings with six races to go, including this weekend’s Malaysian Grand Prix) dabbles in the fashion and music worlds when he isn’t at the track, and now he’s teaming with MV Agusta to extend his sphere of influence to motorcycles and create his take on the formidable F4 RC, the F4 LH44.

Like the F4 RC, the F4 LH44 (44 being Hamilton’s car number) makes use of MV Agusta’s Corsa Corta engine; unlike the RC, the LH44 features a titanium exhaust system and unique ECU programming to produce an exceptional 212 horsepower. The vivacious candy apple red paint is ink-based, rather than water or enamel, while the hand-built chromoly steel trellis frame wears white pigmentation. Other cool touches include a premium Öhlins suspension setup (a USD NIX 30 fork in front and a TTX 36 shock in the rear), a leather and Alcantara saddle, Pirelli Diablo Supercorsa SP redline tires with the LH44 logo, and a special CNC-machined and anodized rear wheel nut.

Just 44 (There’s that number again…) of these boffo bikes will be built, with prices expected to top $30,000. But if you want a super capable superbike and happen to be a super fan of LewHam, you’re already tabulating how much you can get for non-essential-for-living organs (preferably your own) on the Dark Web right now, aren’t you?