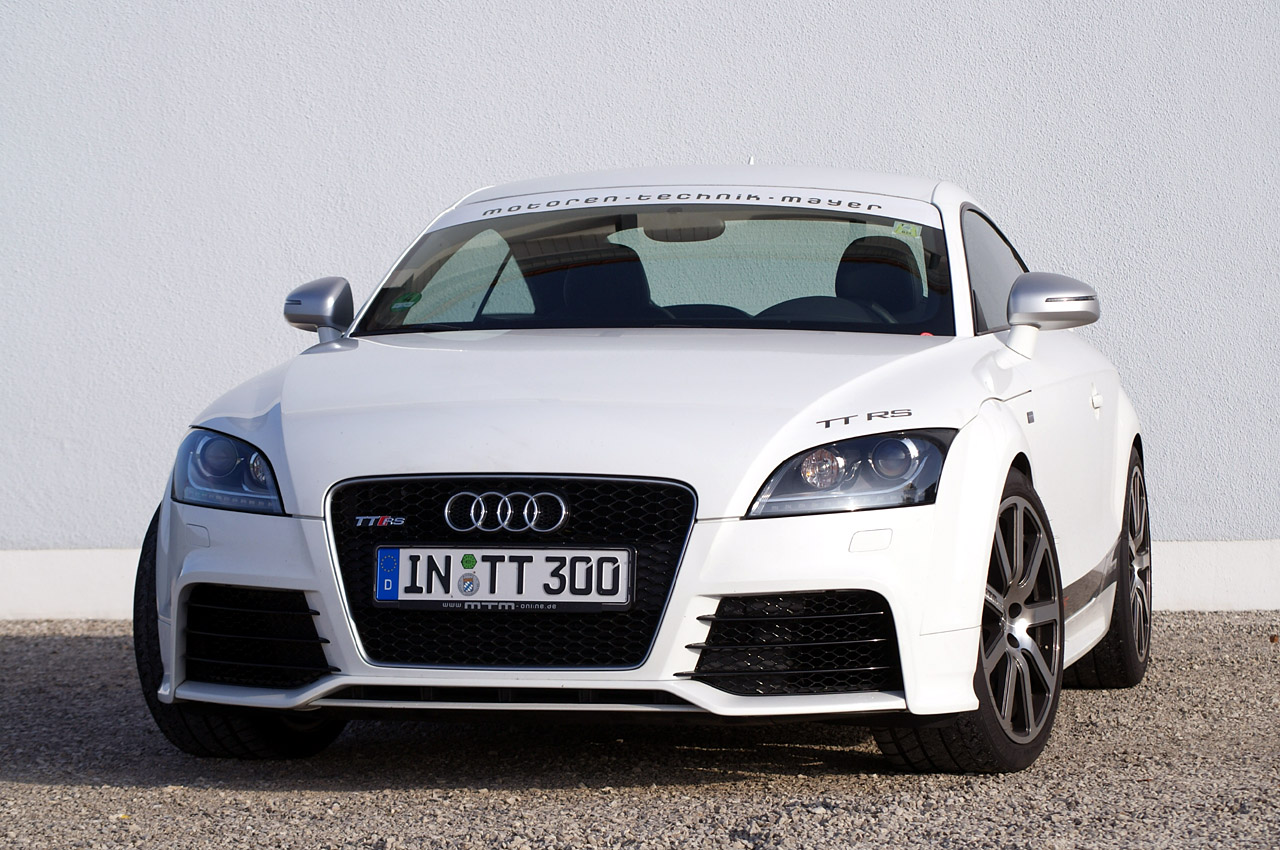 The Audi TT has always been a stunner. It was different from the rest of Audi’s fleet, with 2 doors and smooth curves. It appeared every bit the part of a sports car, but it was all looks. It lacked the muscle to be a capable sports coupe.  Audi’s solution to this problem is the Audi TT RS. It’s the first true sports car to be drafted by team Audi RS. Of course when the brilliant minds at MTM saw what was coming down the line, they got to work. The result is a formidable combination of style, power, grip and agility. Meet the MTM Audi TT RS. Competitors feel free to call in sick.

It’s still the smooth, sexy coupe its always been, but the spec-sheet shows that it now has some real bite. The stock TT-RS uses a 2.5L inline 5-cylinder engine fitted with Audi’s FSI system and a healthy turbocharger, making 340hp and 332lb ft. of torque. But like me, the MTM crew are never happy until they find out an engine’s true potential. MTM co-founder Roland Mayer actually helped develop the original I-5 engine, so naturally he knows how to utilize every part. And the RS motor was built with a light-weight bottom end, just waiting to be tampered with.

Three engine packages were developed, but the top dog is the Stage 3. With a new exhaust and a tune, the engine puts out a serious 424hp and 412lb ft of torque. Better still is that all 412lb ft arrive at a near-idle 1,600RPM. Say goodbye to turbo-lag kids, it’s going to live with the dinosaurs. At a paltry 3,196lbs the MTM TT-RS will reach 60mph in a Cayman S-slapping 4.2 seconds (.4 seconds faster than stock). The top speed is upped from 174 to 185mph. Other MTM options include 8 piston brakes, a sport suspension and slick 19”  wheels. With Quattro AWD (standard), you have a sports car that’s far beyond “capable.”

In stock form, the Audi TT RS is what TT owners always wanted it to be, a good looking car with solid performance. But the MTM treatment takes it to a different level entirely. It’s a wolf in sheep’s clothing. This car has the chops to hang with Porsches, Corvettes, M3s and the like. 424 horsepower, 3,200 lbs and AWD make it a serious performance car. With the TT’s classic good looks and MTM power, this car is a strong competitor on all fronts. And although originally slated for the European market only, rumor has it Audi will bring the TT RS to America. No price yet, but at a glance, I would choose the MTM TT RS.