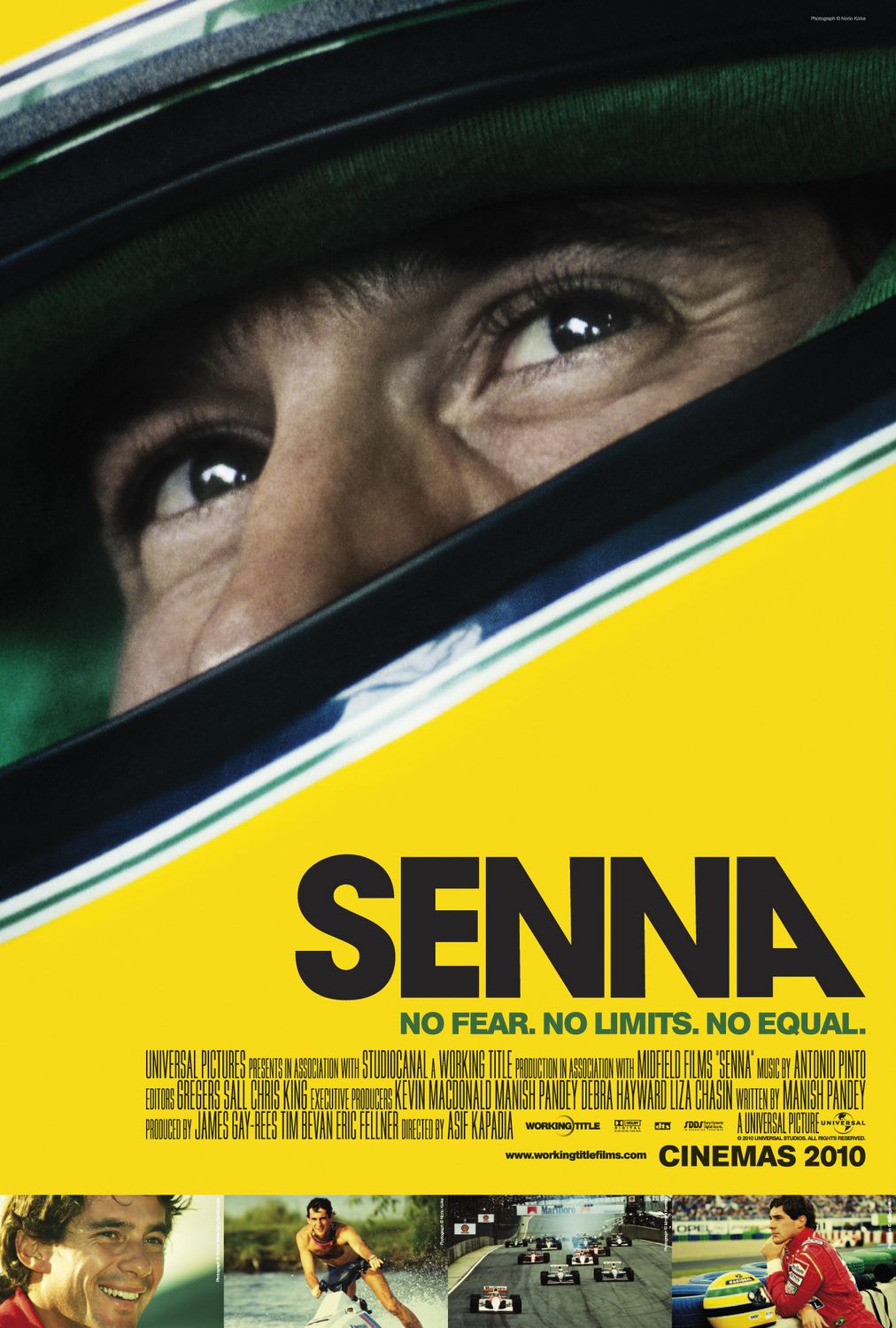 For the last 20 or so years, on the rarer-than-a-total-eclipse-of-a-blue-moon occasions that a motorsports-centric movie lands in theaters, viewing audiences have been subjected to at least a handful of the following tropes in any given flick: Laughably bad CGI. Laughably improbable crashes. Laughably obvious continuity goofs. Laughably appalling “acting.” Laughably clueless writing. And, most prolific of all, laughably formulaic and schmaltzy romance plots and subplots. In short, the Razzies selection committee is left with sore midriffs and a glut of nominees, while real racing fans are left searching for paper bags to place over their heads upon exiting the theater. Not good.

Thankfully, Senna – the documentary about three-time Formula 1 world champion Ayrton Senna – has none of these concerns, as it is a nonfiction film constructed entirely from archival footage and interviews from the proverbial “people who were there.” But this is hardly a “paint-by-numbers” documentary; there’s far more depth to it than that. 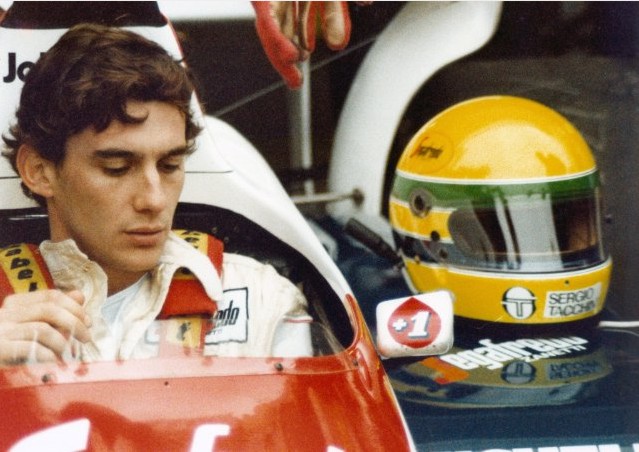 For starters, you won’t find any present-day “talking head” segments mixed in amongst the back-in-the-day cuts (at least, not in the version being shown in U.S. theaters). Figures who played key roles in Senna’s life do weigh in verbally, but they are not shown, thus not interrupting the flow of the pictures onscreen. An unusual editing tactic, but one that director Asif Kapadia and his team have utilized brilliantly. Really, the entirety of the editing is first-rate, which is a staggering achievement considering the thousands of hours of material through which the production team had to comb from sources ranging from TV networks around the world, to family home movies, to video from Formula One Management’s archives, the last one normally kept under airtight lock-and-key by F1 commercial rights holder Bernie Ecclestone.

As for what the filmmakers have done with all that footage, they have created a film that follows the Brazilian ace from his formative years on the European karting circuit to his untimely demise in a lap 7 crash during the 1994 San Marino Grand Prix. In between, the production team weaves a tale of a fresh-faced driving savant who quickly learns that, once you start succeeding at something, those that feel threatened by your success will try to derail you. Senna’s primary foe for most of his career was, of course, Alain Prost, and the movies spends a lot of frames examining what has to be the most bitter rivalry in the sport’s history. The cool, calculating Frenchman Prost is, on more than one occasion, depicted as gaming the system to get a leg up on the oft feisty Senna, thanks in no small part to having a friend in then-FIA president and fellow countryman Jean-Marie Balestre. Senna, who at multiple points throughout the film expresses a yearning to race in a series unpolluted by politics and cronyism, responds by strengthening his will to win, often pushing his competition (and occasionally himself) to the breaking point. 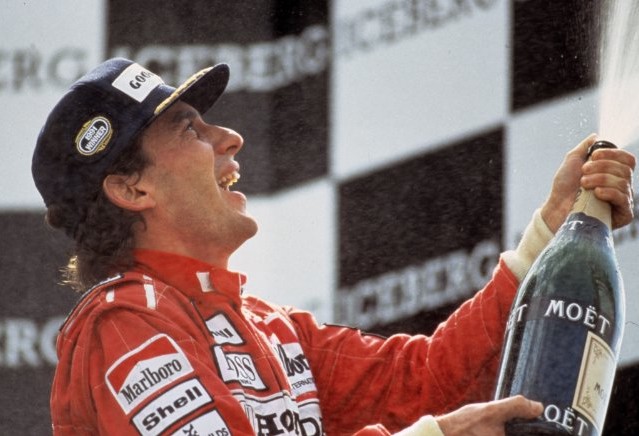 If that sounds a bit one-sided, it’s because a sizable chunk of the film is, though there are notable exceptions, such as clips depicting Prost’s witty, human side and, on the other side of the coin, a heated interview in which Senna attempts to defend his rather high crash tally to fellow triple world champ Jackie Stewart. There’s also an occasion in which Senna asks his team to publically call a rival squad’s adherence to the rules into question, something they decline to do.

Intermixed with the high tension goings on at the track, though, we see Senna as a playful, thoughtful man with his feet planted firmly on the ground. We’re also shown the almost religious devotion shown to him by his fellow Brazilians, who see him as a beacon of hope during some of the Amazonian nation’s darkest days. Of course, Senna’s own death would provide some of those dark days, and even though you know it’s coming, the film still gives you a knot in the stomach as the first helicopter shot of the front straightaway at Imola flashes up on the screen. And even if the events and aftermath of that weekend don’t summon at least a few tears, a certain revelation during the credits just might. 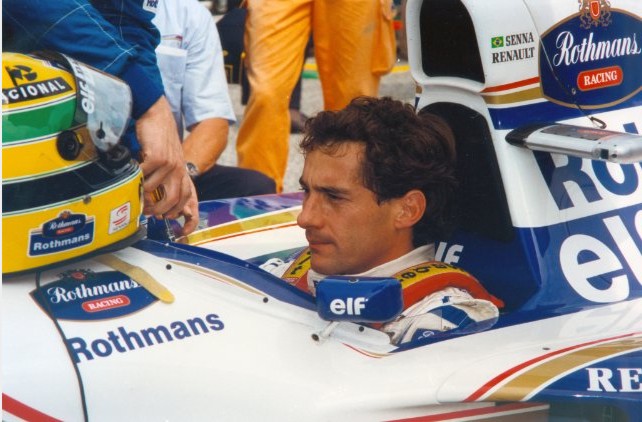 Would we make any changes? We probably would have shown a few clips of Senna’s “questionable” on-track decisions during his talk with Stewart, and maybe would have done more with Eric Comas’ crash at Spa than just showing it in the credits. We also would have made mention of Senna’s flirtation with moving to Indycar (going so far as to participate in a test session with Team Penske arranged by double world champ Emerson Fittipaldi) during his lean (by his standards) period of 1992 and ’93. And finally, we would have sought the involvement of Gerhard Berger, who was Senna’s closest friend and confidant in the sport and would have shown audiences that Ayrton wasn’t a total lone wolf in the paddock.

On the whole, though, Senna is exceptional. It gives both the hardcore fan and the layman a look into what made this immensely complicated, immensely talented man tick, and why he is still revered by so many. Even if you aren’t a fan of Formula 1, or a fan of any form of racing, you owe it to yourself to see this masterfully put together film. You’ll laugh, you’ll cry and maybe, just maybe, you’ll become a fan.

Release Status: Limited (Go here to see where it’s playing near you.)