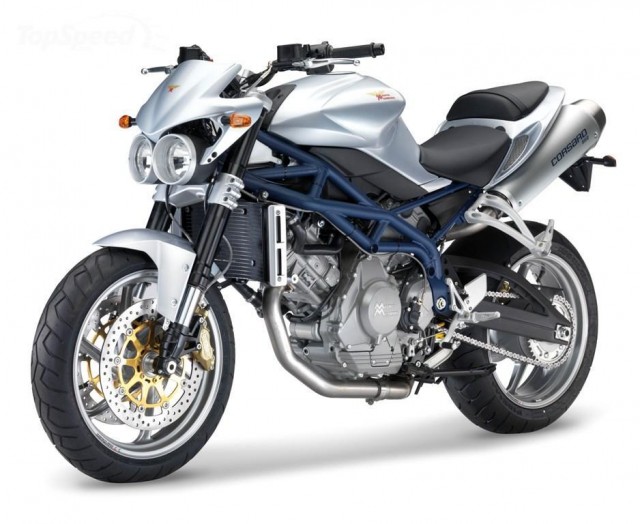 Lots of people can name Italy’s current three major motorcycle manufacturers: Ducati, MV Agusta and Aprilia. But it takes a real Apennine two-wheeler anorak to rattle off more than one or two of the country’s independent, “cottage” bike builders. Sure, some of those, such as Bimota or Ghezzi Brian, reach the tip of one’s tongue fairly easily.

Others, however, take obscurity to a whole new level. Example: Before today, we had never heard of Moto Morini. That’s not exactly a surprise, as we’ve probably forgotten more about cars than we’ve ever known about motorcycles, but we didn’t hear of Moto Morini. Why? Just look at the company’s latest entry into the always hot streetfighter market, the Corsaro Avio. 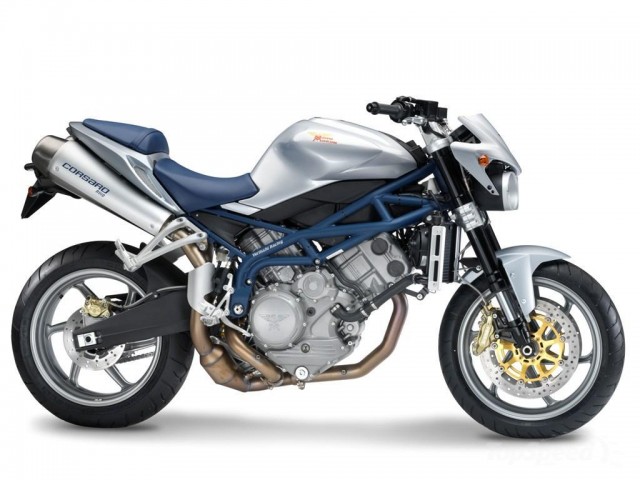 The Corsaro Avio’s trellis frame has been closed in the bare minimum of bodywork, with a petite front fender, tiny fairing (if you can even call it that) atop dual headlights, and an aggressively sculpted gas tank and saddle. Front suspension consists of a 50mm Marzocchi fork, and the rear uses a Sachs shock. Both ends are adjustable, and the rolling stock consists of Marchesini wheels wearing high performance Pirelli tires.

But as we all know, grip is nice in the turns, but if you can’t get from one turn to the next quickly, what’s the point? To that end, Moto Morini fits the Corsaro Avio with an 1187cc liquid-cooled V-twin manufactured by Bialberto. It produces 120hp and 75 lb.-ft of torque, which should have no trouble propelling the Corsaro Avio’s 437 lbs. of mass up to not-quite-legal speeds. And the sound when doing so should be quite lovely, thanks to the lightweight Termignoni mufflers. 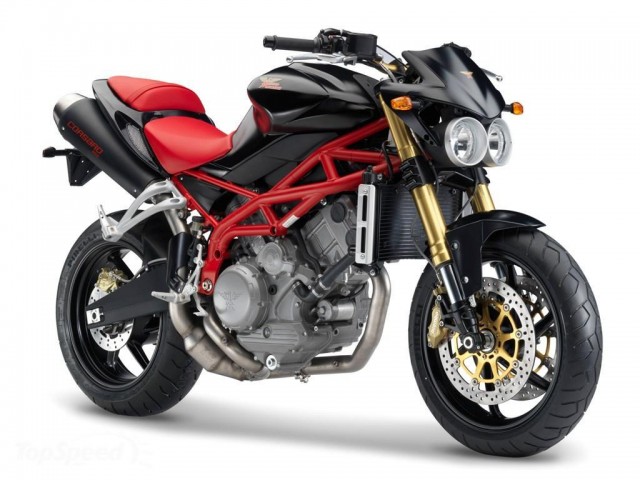 So now you’re probably asking what the price of entry for this alternative big-bore bruiser is. Turns out, it’s just over $14,000. Not a screaming deal, no, but considering how uncommon it is compared to the usual suspects like those belonging to the Ducati Monster and MV Agusta Brutale families, it’s certainly a fair price.