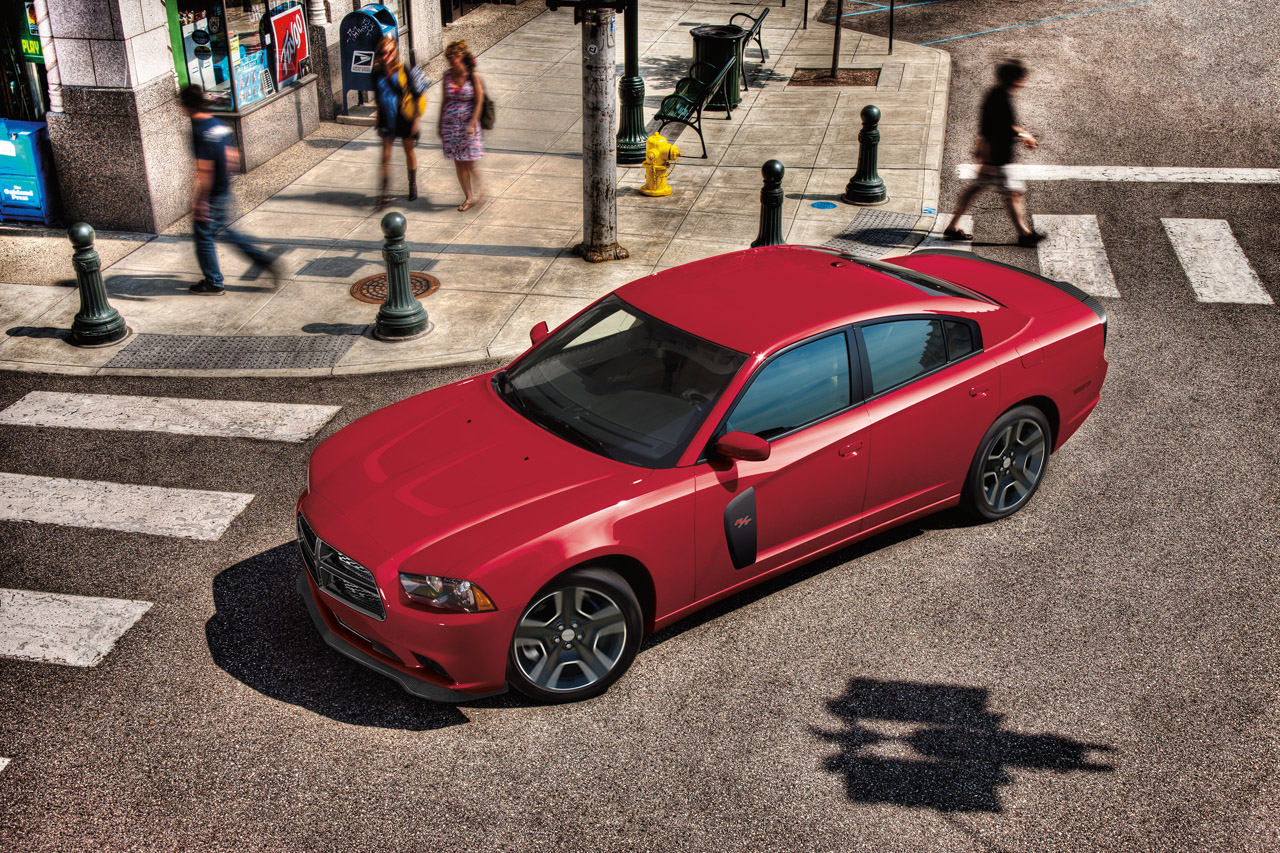 While there are no doubt still a few purists who are grumbling about the two most recent generations of Dodge Charger being four-door sedans (though we have to wonder if they were this vocal when the last Charger before that – a four-cylinder, front drive hatchback – was being made), it’s hard to argue against the 21st century Chargers’ styling and performance, the latter being especially potent in SRT8 form. We’re especially fond of the new 2012 Charger, with styling that more closely mirrors that of the iconic 1968-’70 models and more powerful yet more efficient powerplants.

However, even the Charger SRT8 – packing a 6.4L Hemi V8 that makes 470hp – is a bit of a weakling by modern super sedan standards. Chrysler’s in-house performance parts and accessories arm, Mopar, isn’t taking this matter lying down. In fact, it has gone so far as to create a concept car for next week’s North American International Auto Show in Detroit, but there’s much more to this concept than a cat-back exhaust system and big wheels. 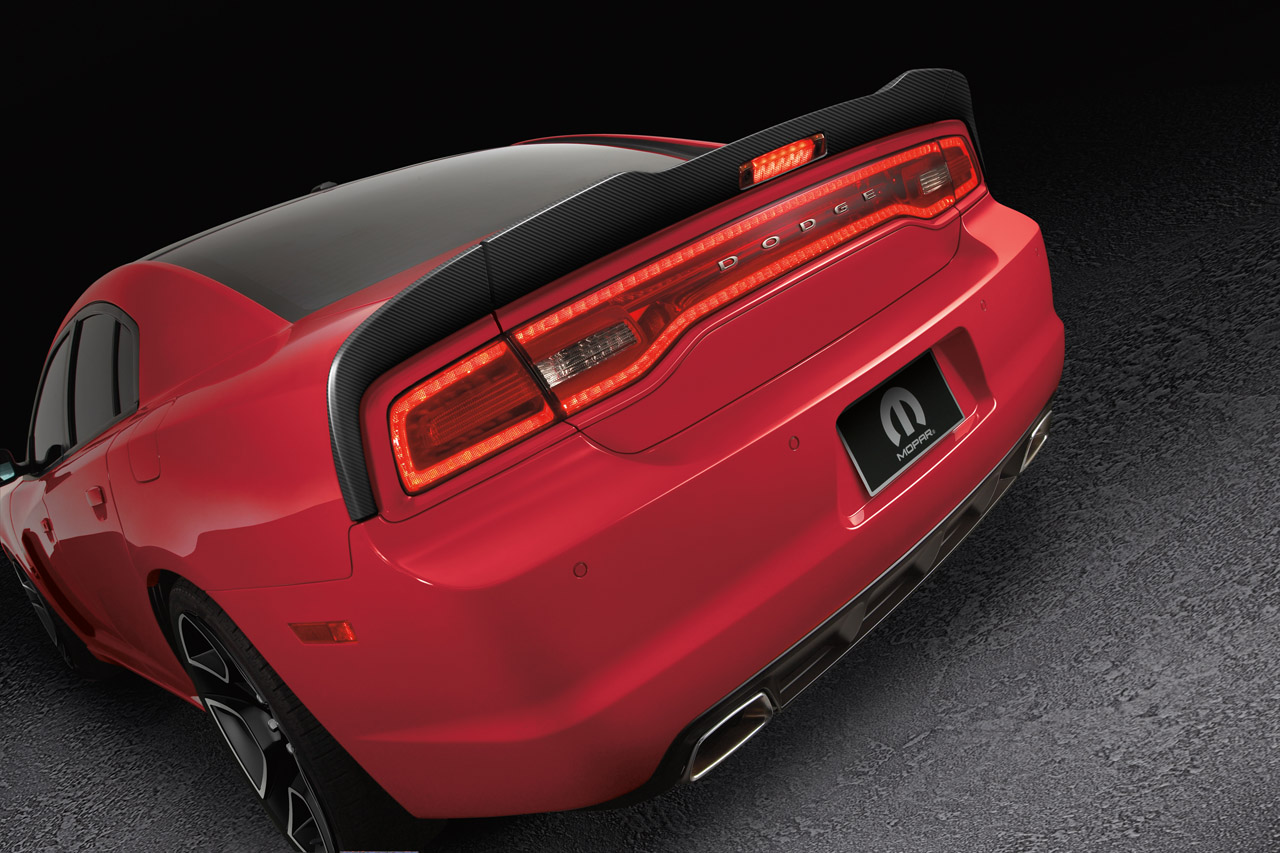 The centerpiece of this red rocket – dubbed the Charger Redline – is Mopar’s new 426 Hemi crate engine. No, it’s not the legendary Gen 2 Hemi, aka the Elephant Motor, but a 426 cubic inch (7.0L) aluminum block version of the Gen 3 Hemi. It’s rated at a raucous 590hp and is now on sale (though it’s only intended for track use). No word on what transmission it’s matched with, but we’re betting it’s the stock SRT8’s 5-speed automatic.

Other performance-oriented upgrades include a cat-back exhaust system, front strut tower braces and high performance brake pads. And while the 590hp is easy to notice when you stand on the gas, the visual changes are even more readily apparent. The Charger Redline rolls on Mopar’s 20” Black Envy wheels, while the body is given carbon fiber jewelry in the form of a front chin spoiler, three-piece rear spoiler, and rear-facing front door scoops that pay homage to the sculpting on the 1970 Charger’s doors. Inside, this dynamic Dodge is fitted with aluminum shifter and instrument panel bezels and stainless steel pedal covers. 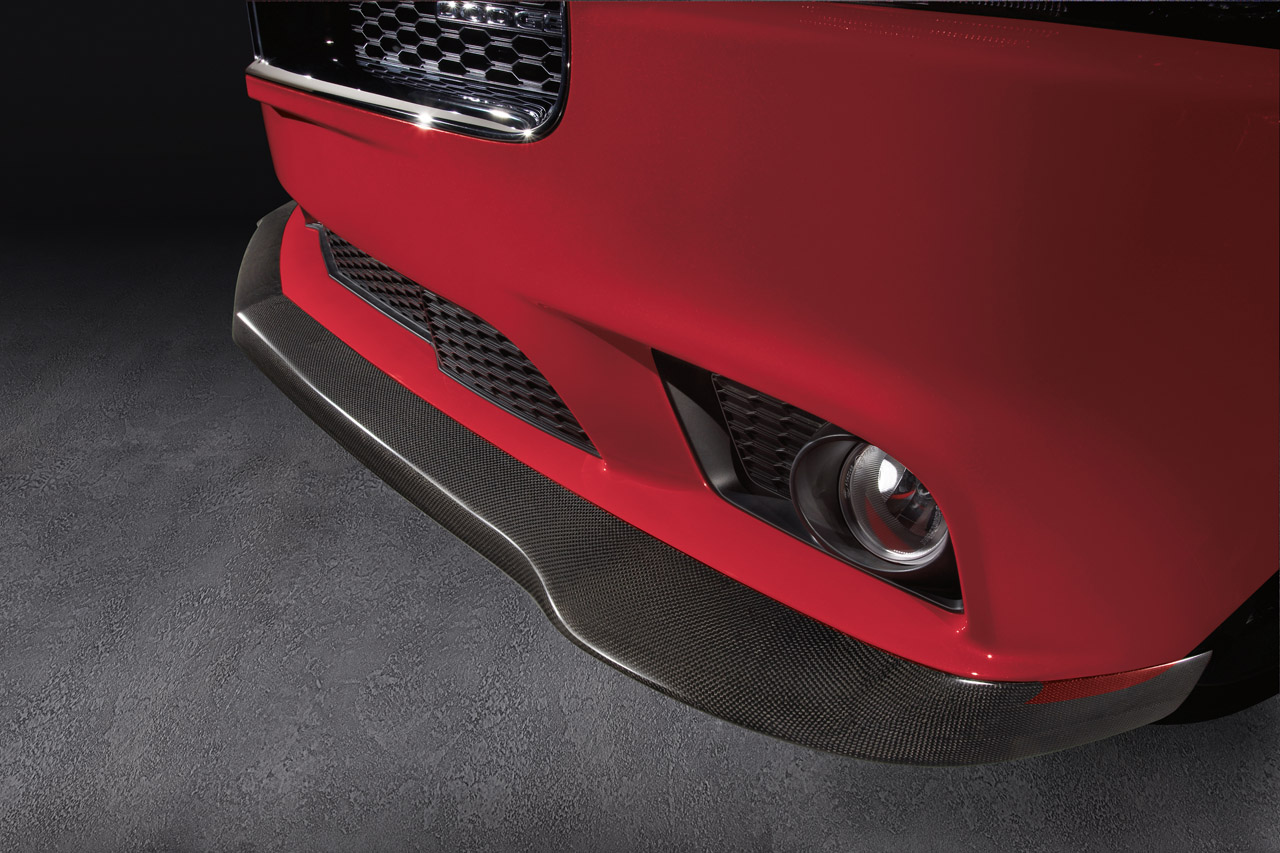 On the whole, we dig this thing. But unless the 426 Hemi get emissions certification and starts getting installed at the factory, there’s not much to get excited about here. We’d just like to see Chrysler truly go after the Cadillac CTS-V and the Germans by endowing the Charger (and Chrysler 300) SRT8 with 550-ish horsepower and a more modern automatic (or better yet, manual) transmission. Stop letting the big kids push you around!