M&M Customs Honda CB550 Melts Our Hearts, Not Our Hands 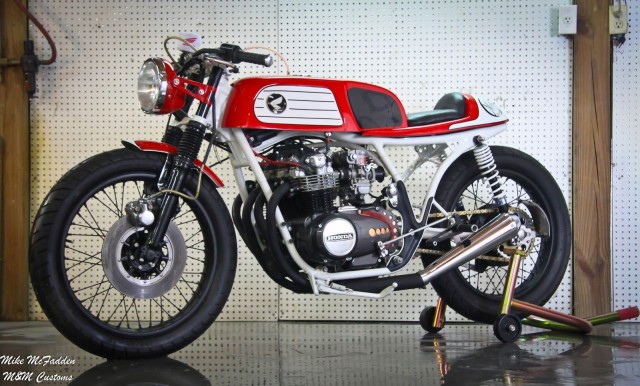 In the realm of classic standard motorcycles, the Honda CB550 is among the most coveted there is. During its all-too-brief life (1974 to ’78), this four-cylinder sweetheart offered bikers an impressive balance of comfort, performance, style, flexibility, and everyday usability. No wonder stock CB550s are so desirable.

However, not all of these hot historic Hondas stay stock. No, the CB550 is also one of the most popular foundations for a café racer. And Mike McFadden, the man behind M&M Customs in Owensboro, Kentucky (hometown of motorcycle racing’s famous Hayden brothers) has built one honey of a custom CB550. 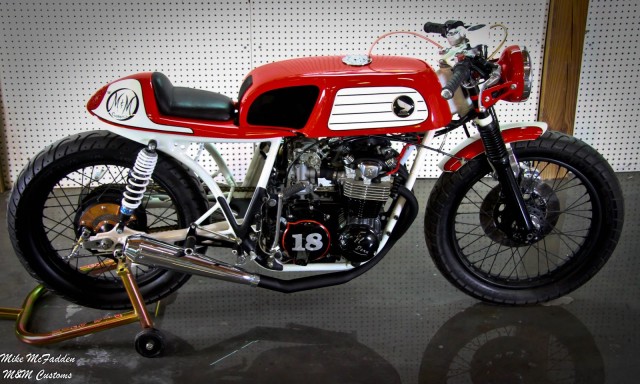 Starting with a first-year example he scored in Indiana for $600, McFadden began by removing the fairing and all the other extraneous bodywork, leaving little more than the engine and chassis. The stock gas tank was replaced with a Dunstall from Legedary Motorcycles, and the new tail section was modified to better mate with the new tank. For the tail lamp, Mike cooked up a design he calls the Urinal Trap, the reasons for which become obvious if you look at it with that name in mind. He also replaced the subframe with a custom fabricated unit, and painted the frame white (but accented it with patches of black spray-on truck bedliner material in spots that are vulnerable to chipping). The tail section, tank and front fender (which is the original piece but shortened and reshaped), meanwhile, are finished in red with white accents; the whole color scheme (particularly the white frame) is inspired by Honda supercross racers of the ‘90s. 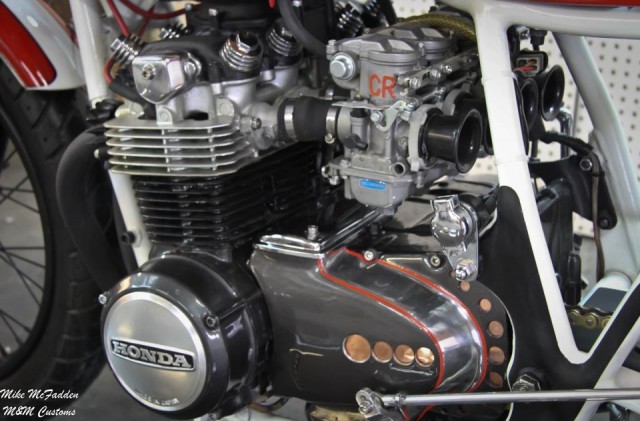 As for the transverse 544cc inline-four, Mike has left it mostly stock on the inside. However, the addition of custom 2-into-1 headers, CR carburetors, and Dyna ignition system should help it make a good bit more grunt than the 50hp it made when new. And that black paint and polishing? To help it better fit the bike’s overall flavor, of course!

The end result of all those changes is remarkable, though probably not as remarkable as the fact that they were all carried out by Mike (with the exception of the off-the-shelf parts, of course). The judges at a recent show at the Barber Motorsports Park and Vintage Museum in Birmingham, Alabama found it remarkable, too, for they named Mike’s CB550 Best Café Custom. Not bad, huh? However, we get the feeling M&M Customs’ best work is yet to come… 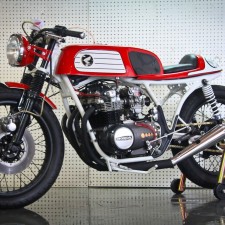 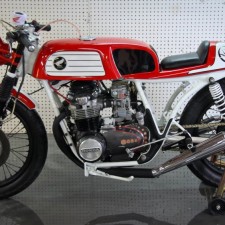 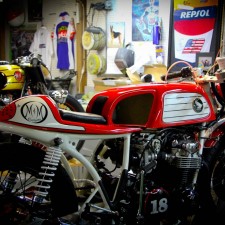 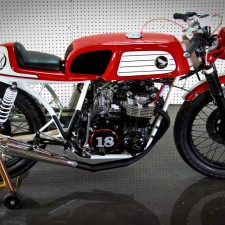 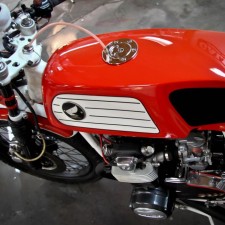 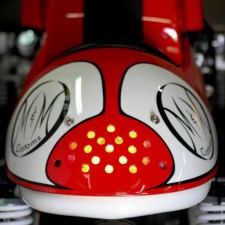 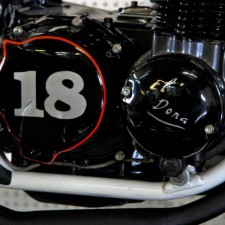 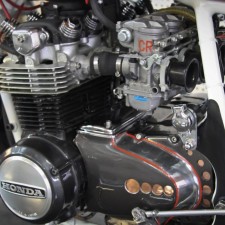 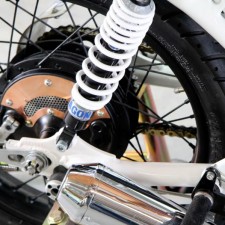 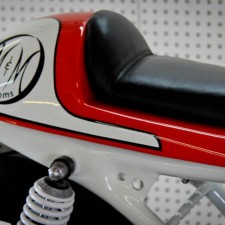 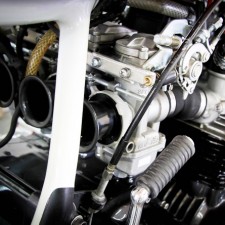 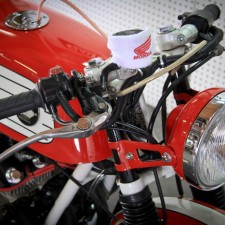 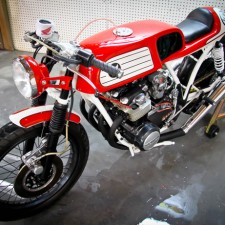 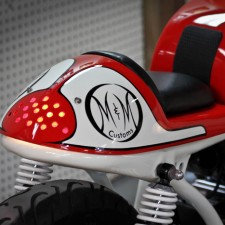