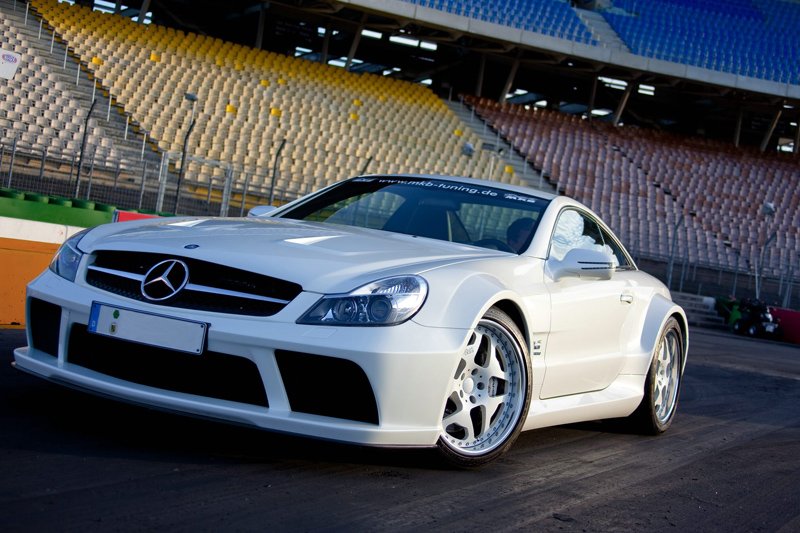 Mercedes-Benz’s SL65 AMG Black Series is, let’s face it, already 58 kinds of bat guano. With 670hp, 738 lb.-ft of torque, flared fenders to accommodate larger rolling stock and a fixed roof to improve chassis rigidity, it’s the automotive equivalent of someone who really should be fitted for a straitjacket. But what if that’s not bonkers enough for you? What if you want the automotive equivalent of someone who ought to be strapped in bed and on a slow drip of heavy sedatives?

German tuner MKB may just have something that fits the bill in the form of the P1000. This little number is based on the aforementioned SL65 AMG Black Series, but has been fitted with some enhancements that up the lunacy quotient. The most attention-getting of these upgrades, naturally, lie under the big white hood, and pump the 6.0L twin-turbo V12 up to a just-this-side-of-adequate 1,015hp. How’d they get that kind of number? Make like the readouts on the dyno and jump! 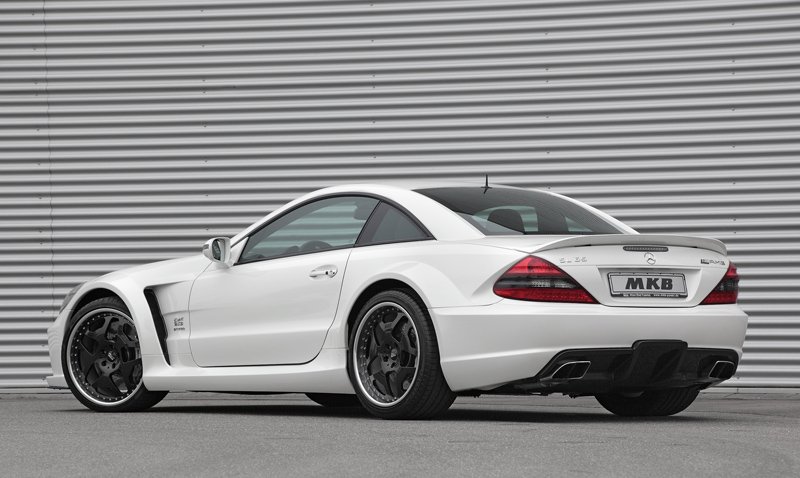 Aside from new, bigger turbochargers, the MKB engineers also fitted the P1000 with a revised intake manifold, an upgraded cooling system, custom camshafts, and a remapped ECU. Behind that dozen cylinder monster resides a strengthened version of the stock 5-speed automatic, beefed up to cope with the 959 lb.-ft the hopped up engine dishes out. However, the engine is actually electronically limited to that still-elephantine figure to preserve the gearbox, much like the stock engine is limited to 738 lb.-ft to spare the stock trans from being liquified. Makes you wonder how much twist they could belt out if they didn’t have to worry about overwhelming the transmission. (Cue some German tuner pairing an AMG V12 with a built Torqueflite or TH400 in 3…2…)

But for all the mods made under the skin, the exterior tweaks are pretty much limited to the wheels and tires: MKB offers its own Alpha III wheels ranging in size from 8.5×19s to 11×20s. While some might be disappointed by this, we’re okay with it, since the Black’s stock widebody bits are plenty menacing looking and quite functional. Naturally, there are some MKB badges sprinkled around as well. 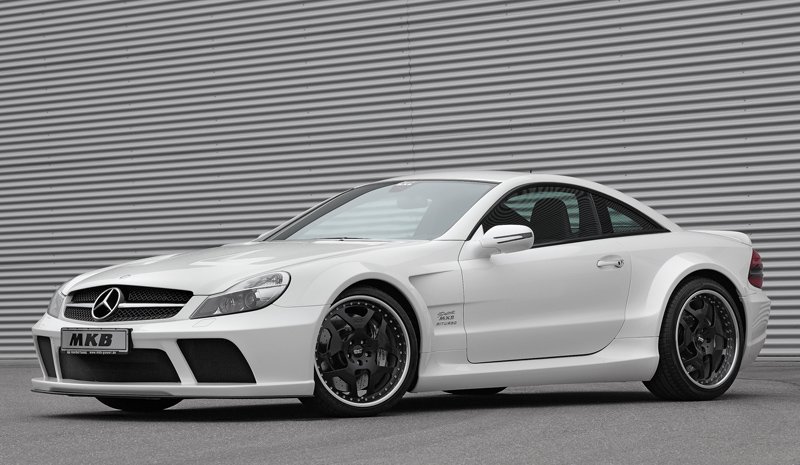 It goes without saying that something this monstrously powerful is outrageously quick as well, but since we know y’all like specifics, here are some numbers that may be of interest: 0-62 mph in 3.6 seconds, 0-124 mph in 8.9 seconds, 11.1 second standing quarter-mile, and a yet-to-be-determined top speed (though MKB says the P1000 is geared to run 230 mph). And here’s one more gob-bludgeoning number to consider: $148,500, which is roughly the cost of a P1000 conversion, a process that MKB says takes about three months. And in case you have small children but still want a thousand-plus pony Benz, MKB will perform the same engine and drivetrain upgrades on any AMG model that uses the 6.0L turbo V12, meaning a S- or CL-Class based P1000 is not out of the question. Praise the lord and pass the sauerkraut.