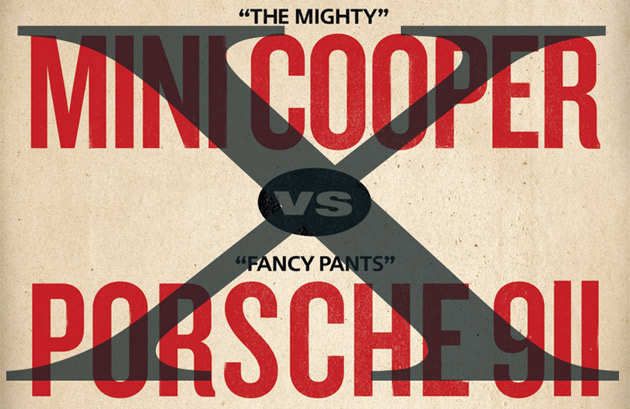 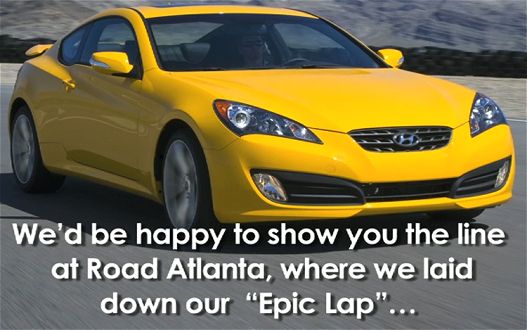 Under BMW’s stewardship, the Mini brand has garnered a reputation for being playful and not taking itself too seriously. The nameplate took that reputation to new heights recently when its president of American operations, Jim McDowell, invited his former employer, Porsche, to race a 911 Carrera S against a Mini Cooper S at Road Atlanta this coming Monday.

Audacious? Most definitely. But Mini was dead serious about wanting to face the storied Stuttgart sports car builder at the track near their U.S. headquarters. Dead serious, that is, while still being cute and clever, as the video past the jump illustrates. What’s the hold up? To paraphrase Jim Morrison, click on through to the other side.

Sadly, while Mini threw down the gauntlet, Porsche didn’t exactly deliver the response Mini (and car nuts watching the dustup unfold on the internet) were hoping for. Instead, they basically told Mini that if they want to try and beat them in a race, they should enter one of the many series and classes in which Porsche competes, rather than a simple one-off event where “there is more at stake than t-shirts and valet parking spaces.” All together now: Oh, snap!

Naturally, McDowell and his merry minions didn’t like that response, and subsequently made another video (seen below) announcing they’d sweetened the pot with such prizes as Justin Bieber tickets and lifetime membership in the Salami of the Month Club. Oooh-kay…

But Mini wasn’t done yet. Oh good heavens no. With some help from the folks at Funny or Die, they concocted a rather amusing Rocky IV training montage spoof, with the Cooper S in the role of the ennuncuiation-challenged underdog and the Carrera S as the highly-trained fighting machine from across the Pond. Even then, after all that posturing, Porsche still refused to step into Mini’s ring. Fubar.

But wait! Mini has managed to procure a Carrera S and a driver to pilot it in the race, which will apparently go on as planned on Monday, and you’ll be able to watch it on Mini USA’s Facebook page (and maybe, y’know, visit our page and become a fan after the race is over). And that’s not all: On Friday Hyundai announced to the world it would happily accept Mini’s challenge, pitting its sweet Genesis Coupe against the Cooper S on the Road Atlanta tarmac sometime next month. Why not Monday? Turns out their designated shoe, Rhys Millen, is in Colorado next week, where he hopes to become the first driver to complete the Pikes Peak Hillclimb in under 10 minutes. Will Mini accept this acceptance? Stay tuned.