Today marked the 35th anniversary of legendary British motorcycle (and later car) racer Mike “The Bike” Hailwood lost his life in a road accident. Less than three years before that, Hailwood (then 38 years old) came out of a brief retirement to ride a privateer Ducati 900SS at the Isle of Man TT…and won! With those nuggets of knowledge in mind, it’s easy to see why Ducati’s distributor in Thailand decided to produce a special edition version of the Scrambler Icon. 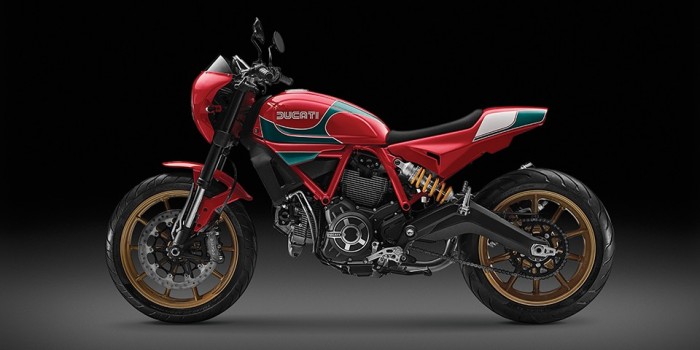 The 803cc L-twin is essentially unchanged, but there’s a custom tail section, side panels, and front cowl (plus a set of Ducati Panigale handlebars) to give the Scrambler a vintage road racer shape, while gold wheels, twin Termignoni mufflers and a vivacious red, green and white color scheme hark back to Hailwood’s victorious 900SS. Priced at approximately $19,800 U.S., it’s no wonder at least 25 of the 58 examples scheduled to be produced have already been snapped up.