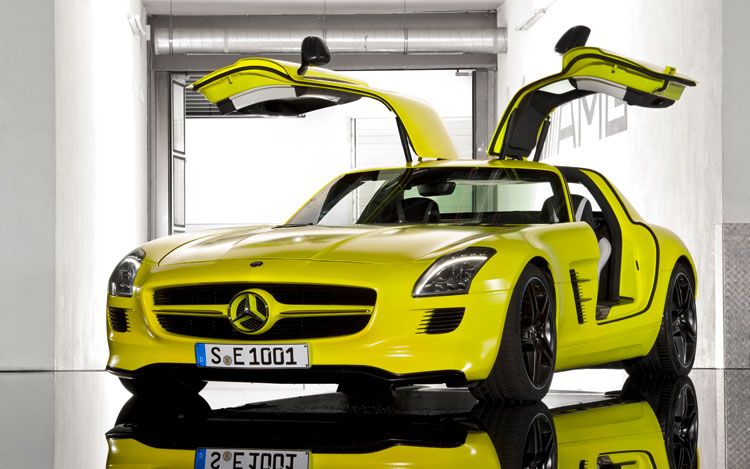 With all the strict new emissions and fuel economy regulations pending worldwide, it’s easy to believe that the era of fast, fun cars is about to end – this time for good. But while big, thumping gas engines are almost certainly donezo, it might not be time to write the obituary for high performance cars just yet. Tesla has already shown that you don’t need an internal combustion engine to have a sports car, and Mercedes-Benz will soon be driving that point home with an electrified SLS AMG.

Called the Mercedes-Benz SLS E-Cell, the eye-popping yellow prototype seen here previews a production model scheduled to arrive in 2013. It features a foursome of electric motors – one driving each wheel – that spin up to 12,000(!) rpm and provide a whopping 526hp and 649 lb.-ft of torque combined. The four motors will get their juice from an array of lithium polymer batteries residing in the center tunnel (which is occupied by the driveshaft on the gas version) and behind the cockpit. The temperature of the batteries and other electical components is managed by a pair of independent cooling systems. It all adds up to an estimated 0-60 mph time of four seconds flat. 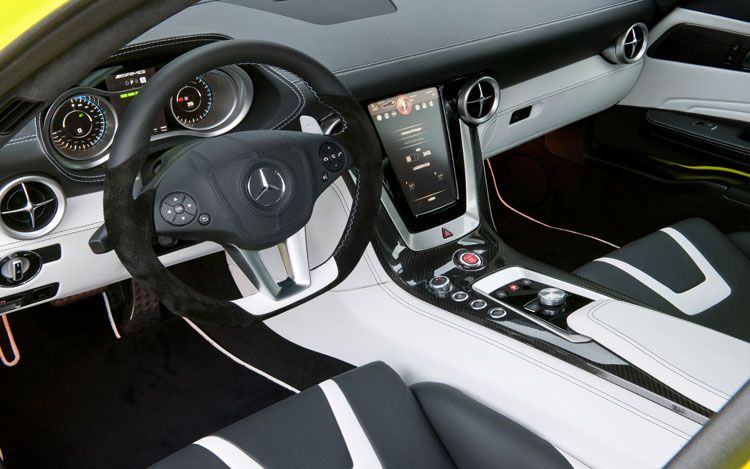 Inside, the prototype features revised instrumentation that helps keep track of energy flow to the motors and how much charge is left, in addition to normal readouts like speed, radio, climate control and the navigation system. And of course, the SLS’s signature gullwing doors have been retained.

What about things like price, range and, most importantly of all, other color options? Apparently we’ll have to wait until a little closer to the car’s launch. In the meantime, check out the video below; even if your German is nicht so gut, we think you’ll get a charge (Sorry, couldn’t help ourselves.) out of watching this silent speed machine in action. We certainly did.