Mercedes-Benz and Pebble Unveil a Smartwatch that Speaks Car 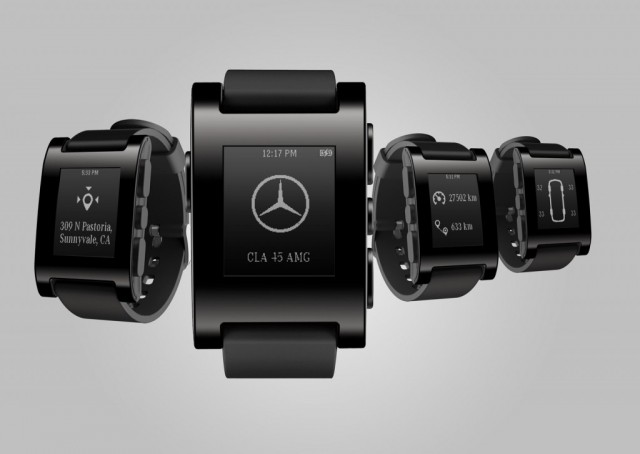 If you ask most people their feelings on wristwatches, they’ll probably respond that they’re no longer relevant. After all, a sizable majority of people now have cell phones to tell them what time it is when they’re on the go. But in order to look on one’s phone and see what time it is, one has to remove the phone from one’s pocket. Didn’t pocketwatches fall out of fashion (outside of hipsterdom and the steampunk community, of course) due to that same inconvenience?

Enter the smartwatch. The computerized compact clocks sync up with your smartphone’s clock so you can see where on the earth’s rotation and orbit you are with just a glance of your forearm but, more interestingly, smartwatches can also make use of smartphones’ other functions, such as internet connectivity and remote control of calling functions. Now smartwatch maker Pebble is teaming up with Mercedes-Benz to create a timepiece that takes the smartwatch concept even further. 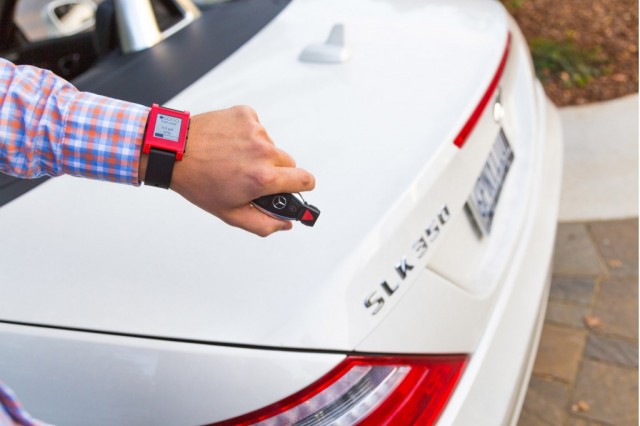 This wearable computer is programmed to interface with Mercedes-Benz’s Digital DriveStyle iPhone app, which in turn interfaces with the Drive Kit Plus hardware installed in the car by a Mercedes-Benz dealer. Many of Digital DriveStyle’s functions, including being able to see how much fuel is in the car’s tank and whether or not the doors are locked when you’re away from the vehicle, are accessible via the watch.

That’s nice, but that’s not the end of what you can do. If you have the latest version of Digital DriveStyle (v1.6) on your iPhone, the watch gives you access to Car-to-X Communication. This roadgoing LAN party of sorts allows users to share traffic and road hazard information with other users in the area. And to make sure you don’t have to take your eyes off the road to find out what’s going on, the watch simply vibrates. Plus the watch has three programmable shortcut buttons for things like Siri activation and remote control of internet radio and other media playback. Very, very cool. 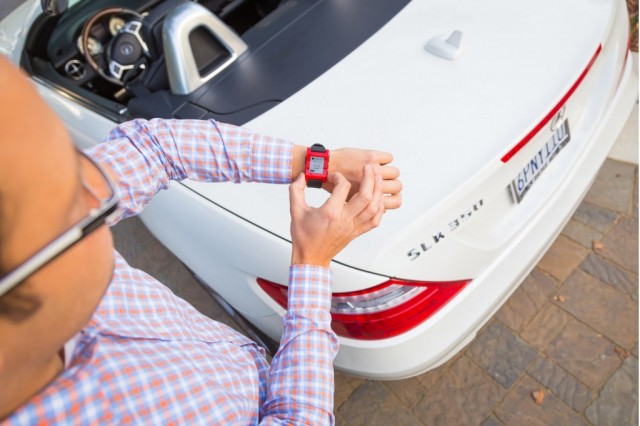 We expect Pebble and Mercedes-Benz to reveal much more info about this as-yet-unnamed gizmo at next month’s Consumer Electronics Show in Las Vegas. We also hope to hear that Android versions of all this hardware and software is at least in the works, because why should Apple acolytes (Applytes?) have all the fun?