Although it took Mercedes-Benz a bit longer than quite a few other automakers to get into the SUV game, the vehicle that it and its development and manufacturing partner on the project – Steyr-Daimler-Puch of Austria – came up with was certainly worth the wait. The vehicle originally known as the G Model or Geländewagen (German for “off-road car”) and officially known as the G-Class since 1994 was originally aimed primarily at military customers, but it has become beloved by civilian owners on almost every continent (We’re fairly confident there isn’t a huge G-wagen scene in Antarctica…).

Here’s what you need to know if you want to become a member of the “other” G-Unit. 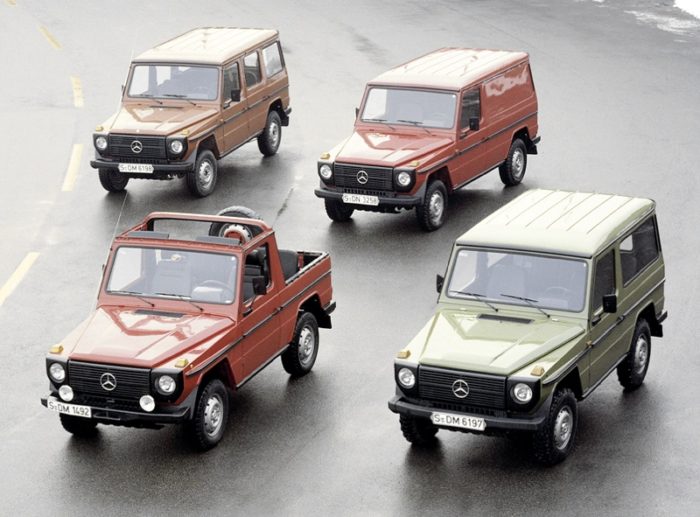 Beginning in 1972, Daimler-Benz and Steyr-Daimler-Puch (the “Daimler” in the latter company denoting its connection to the former Austrian subsidiary of the former, Austro-Daimler) began collaborating on the creation of a rugged, capable and relatively simple box of a 4×4 in the same vein as the Land Rover, Toyota Land Cruiser 40-series and the Jeep CJ-series. Testing of the G Model, known by the internal designations 460 (for the civilian version) and 461 (for the military version) took place in such hostile environments as the Arctic Circle, the Sahara Desert and West Germany’s coal fields. Production began at Steyr-Daimler-Puch’s facility in Graz, Austria in 1979, with a variety of body styles on two wheelbases: A shorter 94.5” available as a 2-door wagon, 2-door semi-convertible (with only the rear section of the roof able to fold down) or a 2-door panel van, and a longer 112.2” span wearing a 4-door wagon or extended 2-door van body. The armed-forces-focused 461-series offered additional wheelbases and body types including pickups and chassis-cabs. Gas powertrains for the 460s ranged from a 101 horsepower carbureted 2.3L inline-four in the 230 G to a 154 horsepower fuel-injected 2.8L straight-six in the 280 GE, while diesel devotees could select the 240 GD (with a 71 horsepower 2.4L inline four) or the 300 GD (with an 87 horsepower 3.0L inline-five). Transmissions were manuals of the 4- or 5-speed persuasions, while a shiftable four-wheel-drive system with low range let the G crawl over almost everything that got in its way.

For 1981, Mercedes-Benz began adding some creature comforts like air conditioning and automatic transmissions to the options list, but the really big changes didn’t come along until 1990, when the 460-series G-Wagen was replaced by the 463-series. Yes, the boxtacular bodies were mostly unchanged aside from softened front and rear styling and fender extensions to allow a wider track, but the changes under the skin were numerous: Anti-lock brakes, a new full-time 4WD system that was safe for use on pavement and featured lockable differentials front, center and rear, a fancier, more car-like interior, and an updated and expanded engine menu that included the 5.0L V8-powered 500 GE were just the most main revisions made to this rock-hopping cult hit. 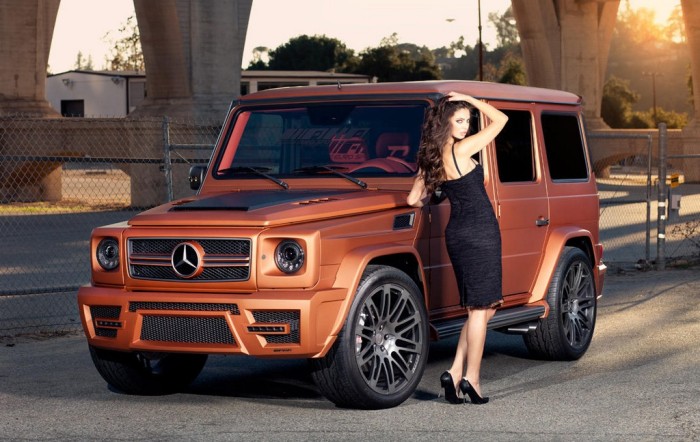 All the while, however, Mercedes-Benz remained steadfast in its refusal to certify the G-Wagen for sale in and export it to the United States. Of course, that opened the door for a plethora of private importers (Europa G. Wagen of Santa Fe, New Mexico being the most successful) to buy, ship, modify, homologate and sell Uncle-Sam-satisfying Gs to eager customers, often for a very pretty penny. It was because of the third party importers’ success (as well as the surging demand for Merc’s own Alabama-made M-Class and SUVs in general) that prompted the suits in Stuttgart to finally give the go-ahead for sanctioned U.S. G-Class sales beginning with the G500 4-door wagon (the only body style that’s ever been officially imported) in 2002. The G55 AMG – with a thumping hand-assembled 349 horsepower 5.4L V8 – joined the American lineup one year later, while two years after that (the 2005 model year) AMG added a supercharger to the G55 to raise output to 469 horsepower. A 5-speed automatic transmission was standard across the range.

The last decade has seen further revisions to the interior and exterior, as well as the replacement of the G500 in 2009 with the G550 which, up until this year, utilized a 5.5L V8 (The 2016 G550 uses a de-tuned version of AMG’s 4.0L twin-turbo V8 rated at 416 horsepower.), while the G55 was supplanted by the G63 AMG with its 5.5L twin-turbo V8 in 2013 and joined in the U.S. by the too-much-is-just-enough G65 AMG and its insane 617 horsepower 6.0L twin-turbo V12 last year. Alas, the gonzo G63 AMG 6×6 was never designed for sale over here, though word is a four-wheeled G550 with similar portal axles and other trail-tackling goodies will make it here sometime before Mercedes-Benz’s current contract with the company now known as Magna Steyr expires in 2019, which will mark the 40th anniversary of these remarkable machines. 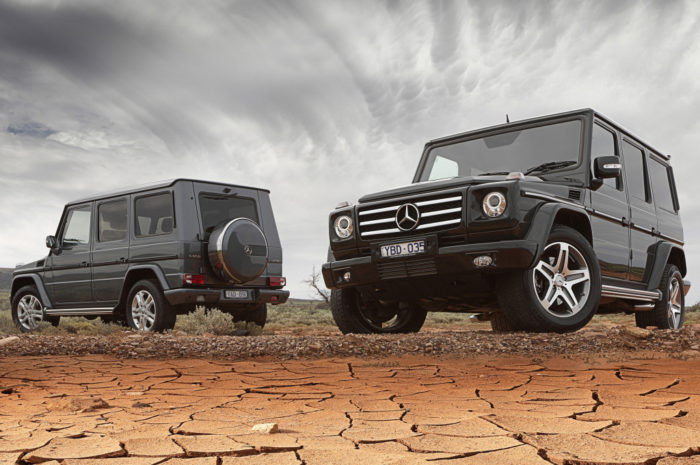 In addition to being less common than 2002 and newer examples, it’s also more challenging to source certain parts for privately-imported older G-Wagens; certainly not impossible, mind you, but there will inevitably be things that your local Mercedes-Benz dealer’s parts department won’t stock. They also won’t be as quiet or as comfy as later models, so if you want the sort of cushy driving experience most Americans expect from a Mercedes-Benz (not to mention the remainder of a factory or a full Mercedes-Benz CPO warranty), look for a more recent G-Class. On the other hand, if you don’t want nice wood and leather in the interior because it’ll only get sullied by mud, snow and whatnot, you want a simpler, smaller gas or diesel engine, you want a manual transmission, and/or you want a body style other than the four-door wagon, direct your efforts toward finding a gray market ‘70s, ‘80s or ‘90s model (though if you do go down that road, make absolutely sure it has all the right government paperwork). 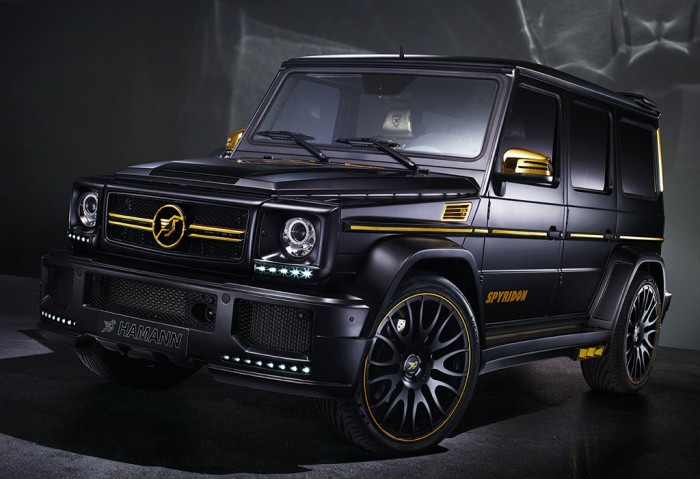 As you’d expect, marque specialist tuners like Brabus, Lorinser, RENNtech and the like offer a host of cosmetic and mechanical upgrades for late model G-Class vehicles. Of course, if none of the Merc-only outfits have anything that interests you, multi-nameplate tuners like Mansory, G-Power, Wald International and others offer visual and performance parts as well. For older Gs, your options are a bit more limited, but companies like Viking Offroad offer accessories aimed at improving the capability and functionality of the 460s. And of course, internet forums and clubs are fantastic resources if you’re looking to modify or even if you aren’t. 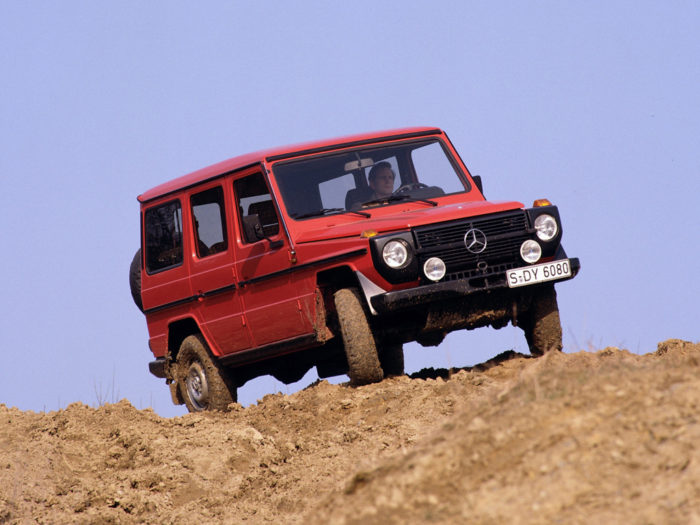 If you want the sort of old school, simple 4×4 you can go mudding around in and won’t be afraid of getting dirty or a little banged up now and then, good news: Early military and civilian models of the more Spartan persuasion can be had in the mid- to high tens of thousands of dollars. Naturally, the newer you go the higher price goes, though some of the more desirable pre-2002 models – namely the gray import convertibles – can command north of $50,000, depending on powertrain and other factors. The real sweet spot of the market seems to be around 2009 and ’10, as both the G550 and G55 AMG can be had for between $60,000 and $70,000. Regardless of which Geländewagen you choose, you’re going to have a vehicle that can conquer all but the most hostile terrain with the utmost of German (and German-adjacent) precision.