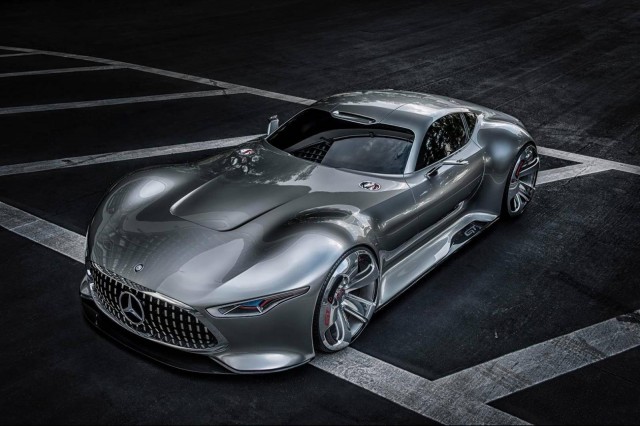 When Kazunori Yamauchi and his team released the original Gran Turismo to Japanese PlayStation owners in 1997 (1998 for the rest of the world), none of them expected it to develop the kind of following it did. But Gran Turismo (and the subsequent sequels) did develop a devout following; so devout, in fact, that more than a dozen of the world’s most recognizable brands (both automotive and non-automotive) have designed concept cars to be featured in the latest installment in the series, Gran Turismo 6, which is set to hit stores in just a couple weeks.

And it is Mercedes-Benz that has the honor of being the first to reveal its virtual dream machine for GT6. Its official name is the Mercedes-Benz AMG Vision Gran Turismo, and it doesn’t just specialize in looking awesome. It also knows a thing or two about speed. 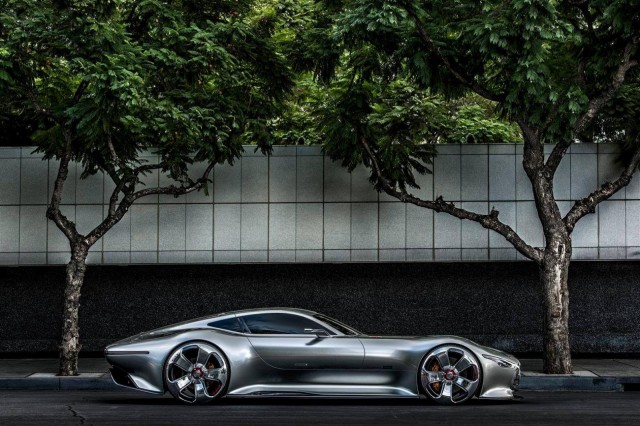 How much does it know about speed? Plenty, as it turns out. Power for this multi-million polygon powerhouse comes from a bunch of zeros and ones aping AMG’s M157 5.5L twin-turbo V8. Peak power (577 horsepower) and torque (590 lb.-ft) figures mirror those achieved by the extra-spicy S-Model versions of the E63 AMG and CLS63 AMG. If it were constructed in the real world, the AMG Vision Gran Turismo would weigh in at a relatively limber 3,053 lbs. thanks to extensive use of carbon fiber and aluminum in the body and underlying structure. Mercedes-Benz hasn’t quoted any acceleration or top speed figures, but they should be fairly easy to discover after a blast or two down the 7.5 mile long backstretch of Special Stage Route X. 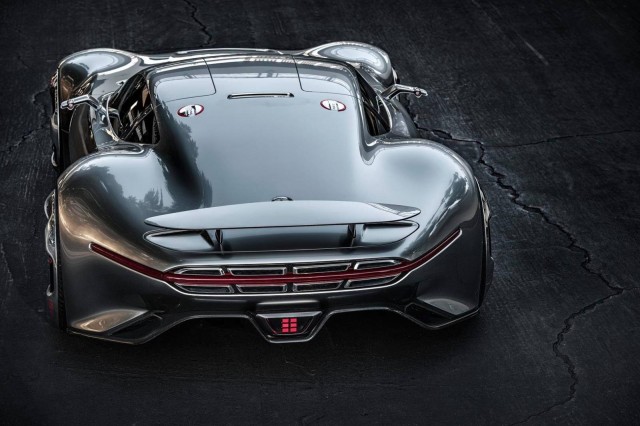 Of course, even if this thing maxed out at 85 mph, its shape would still be enough to make GT6 the sexiest video game since Dead or Alive: Xtreme 2 (which is saying a lot). The stance is insanely low, with immense wheels wrapped in rubber-band-ish tires filling the four bulging fenders. The front end (with thin headlights and a mammoth grille with CLA-Class-like detailing) flows back to a super-long hood and a low, fastback roofline. The tail features a pop-up wing, big diffuser and a…well, curious taillight treatment. The two doors are, naturally, of the gullwing variety. It’s a shape that manages to be bold and powerful without being awkward. If you ask us, its looks are far, far more pleasing (or at least less troubling) than those of either the SLS or the SLR McLaren.

If you want to study the looks of the AMG Vision Gran Turismo in detail (or drift it around Autumn RingorStreets of Willow Springs like a yobbo), you’ll get your chance on December 6, which is launch day for Gran Turismo 6. We’re not sure when other companies’ projects will be available in the game, but we’re reasonably sure that Stuttgart’s contribution will have no trouble keeping us occupied during the wait. 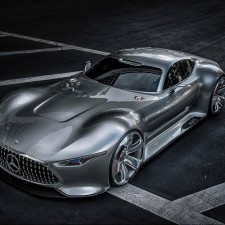 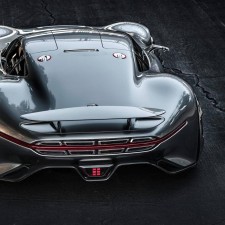 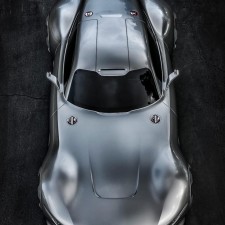 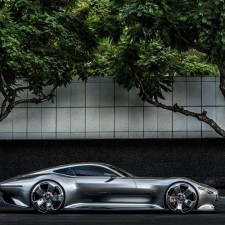 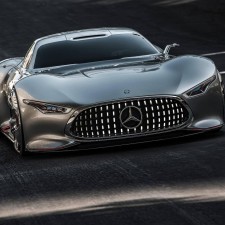