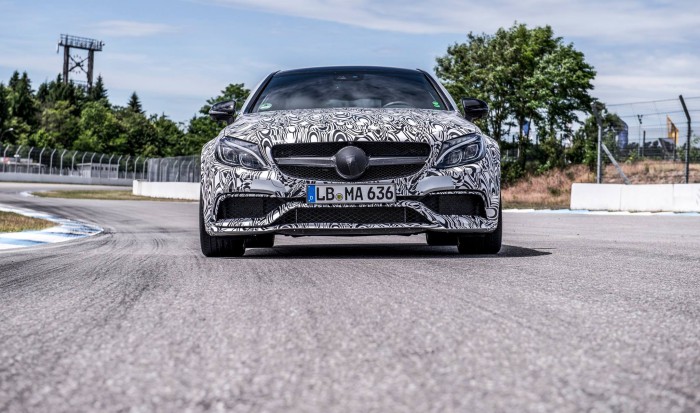 The Mercedes-AMG C63 Sedan, while no longer propelled by a naturally-aspirated truncheon-with-nails-driven-through-the-tip of a V8, is still an almighty example of the German compact (Can we still call it that, what with the CLA45 existing and all?) super sedan genus. Alas, even in prescription-strength S form, it’s still only available as a sedan (and a station wagon, provided you live in one of the many nations whose automotive tastes are vastly more evolved than America’s), which poses a ponderous problem for Mercedes-Benz dealers, who are presently seeing prospects who insist on two – and only two – doors shun them in favor of the Audi, BMW, Lexus and Cadillac stores down the street. Thankfully, that’s going to change very soon. 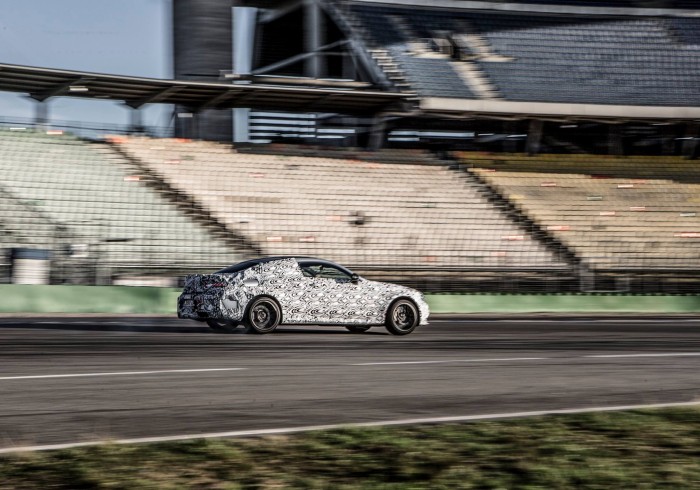 Officially, the 2016 Mercedes-AMG C63 Coupe isn’t scheduled to make its full debut until August 19th. However, the suits in Stuttgart seem to have decided that the public shouldn’t have to wait quite that long, which is why they’ve released these photos of a camouflaged prototype pounding around the Hockenheimring. We’d like to tell you it should look like a butched-up version of the regular C-Class Coupe, but since that car hasn’t been revealed yet either, that isn’t particularly helpful. But we can tell you that it will use the same 4.0L twin-turbo V8 as the C63 Sedan and AMG GT, making the same 503 horsepower that it does in the S models of those applications. These truly are the good old days for luxury super coupes. 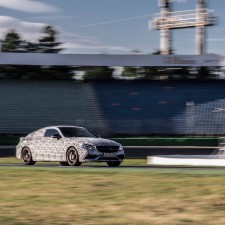 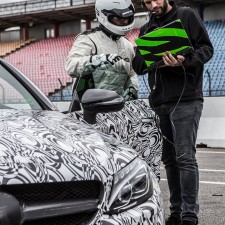 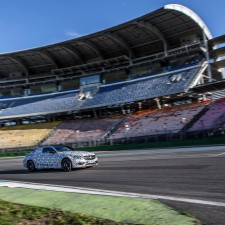 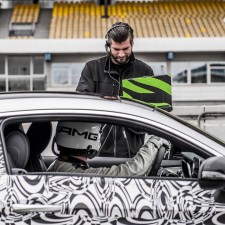