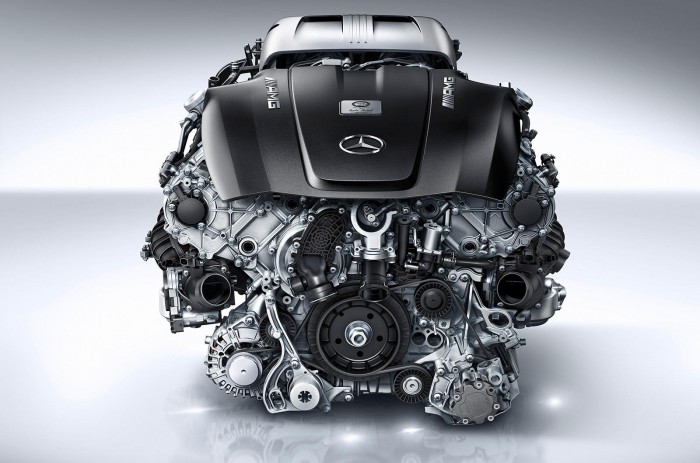 The Mercedes-Benz SLS AMG (and the handful of variants it has spawned) is a legend in its own time. It is a supercar that pays tribute to the immortal 300SL Gullwing coupe and roadster of over a half-century ago, while still having its feet (Tires?) firmly planted in the 21st century with regard to technology and performance. However, all good things must come to an end, and the SLS’s reign at the top of the Mercedes-Benz lineup is drawing to a close. 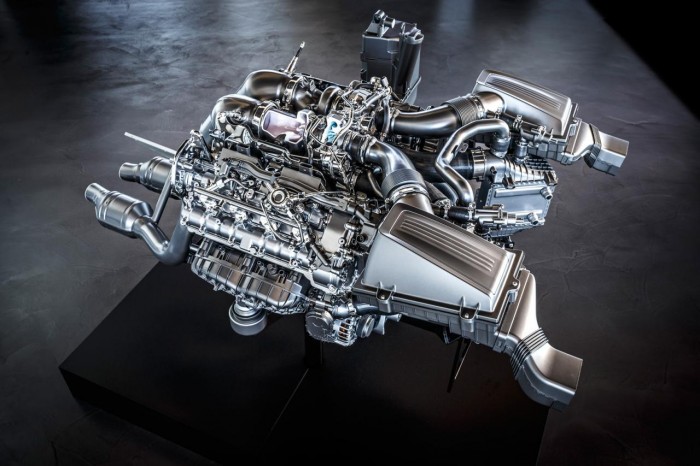 But don’t assume Merc will be without a flagship super sport coupe; the company has been teasing a new front-engine rocket – called simply the Mercedes-AMG GT – for a while now. Pretty much all anyone outside Stuttgart and Affalterbach knows for sure about the GT is that it will be smaller, lighter and less potent than the SLS, and feature an intriguing fastback roofline. Oh, and power will come from a downsized twin-turbo V8, but not the 5.5L unit found in most current AMG heavyweights. Well, now we get to meet that engine. 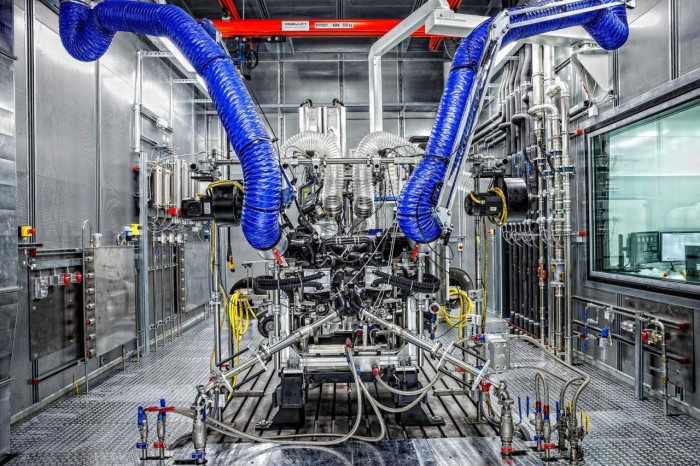 Dubbed the M178, this compact 4.0L V8 (which shares some DNA with the M133 2.0L turbocharged inline-four found in the A45 AMG, CLA45 AMG and GLA45 AMG) features a reverse-flow cylinder head layout (i.e. the exhaust ports – and the two turbos – are on the inside of the “V” and the intake ports face outward) and dry sump oiling. Peak outputs are 503 horsepower and 479 lb.-ft of torque and, if those numbers seem a bit low, don’t worry; the M178 makes those numbers on a little over 17 psi of boost, whereas M133 feeds itself as much as 26 psi. In other words, expect a GT Black Series (and other models to receive this new engine, presumably the next generation of AMG-tuned C-Class and SLK-Class) to be considerably more muscular. Not that the GT will be all that slow, mind you…