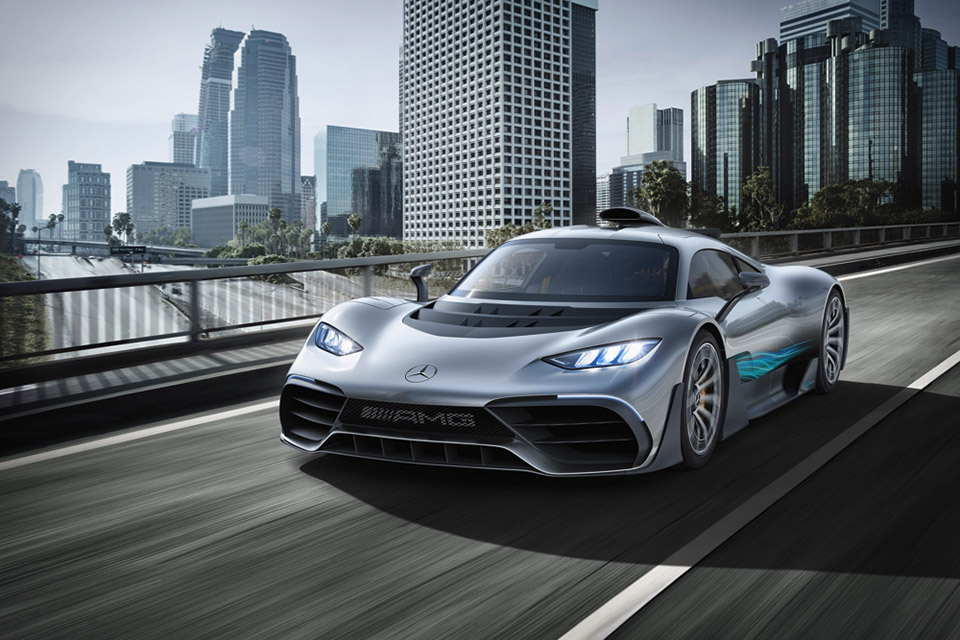 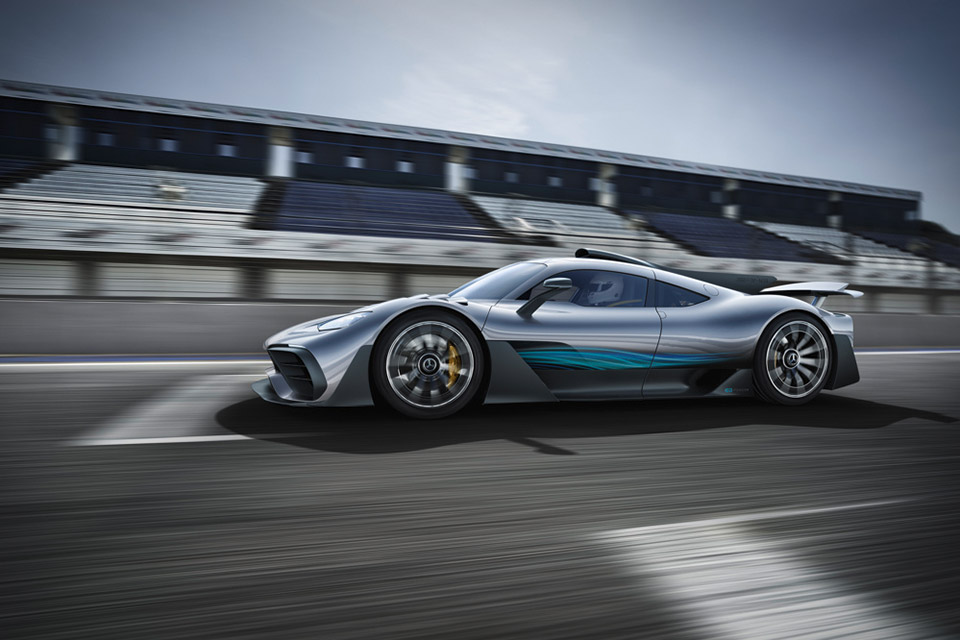 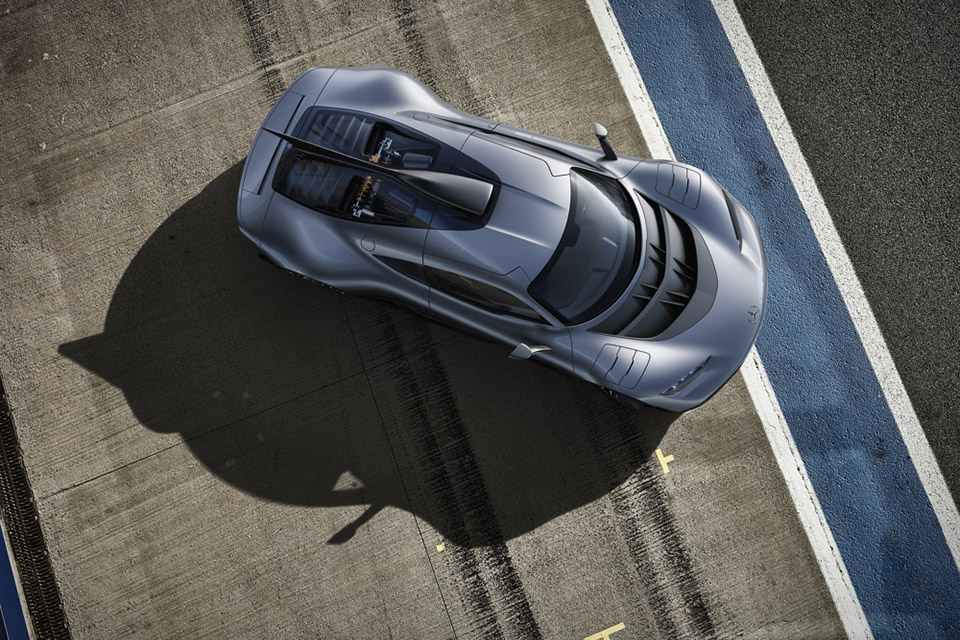 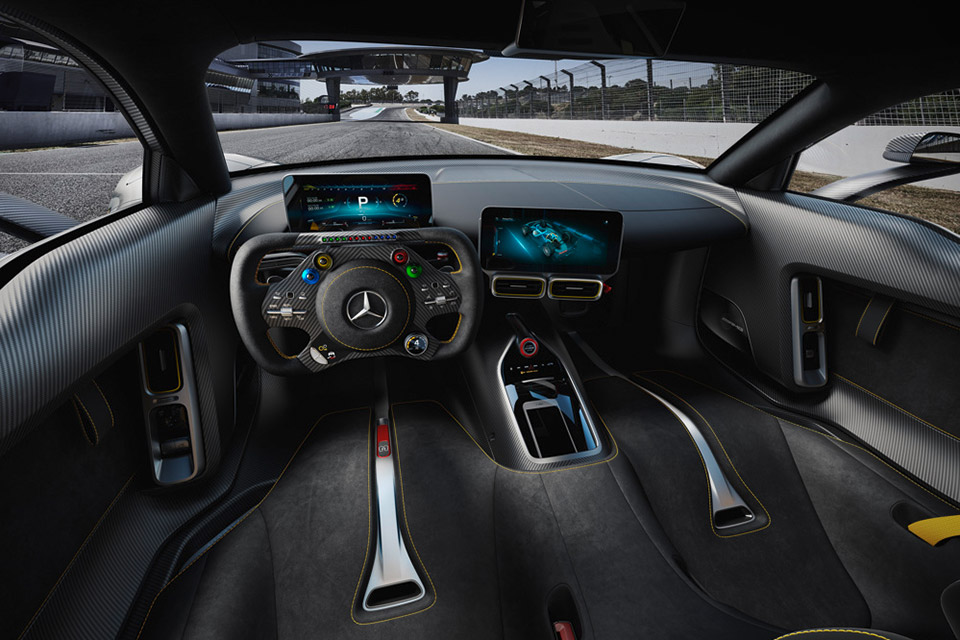 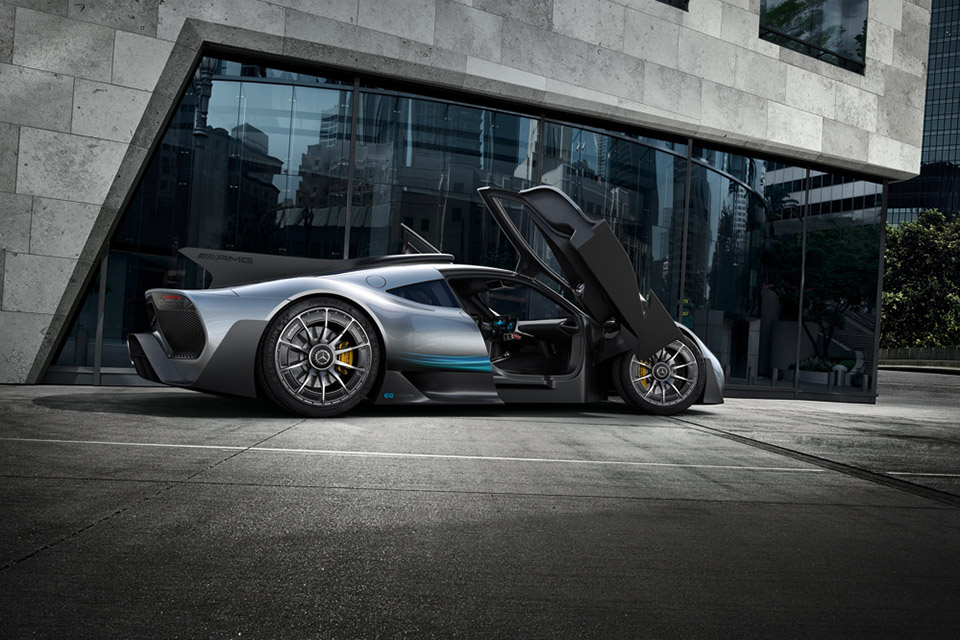 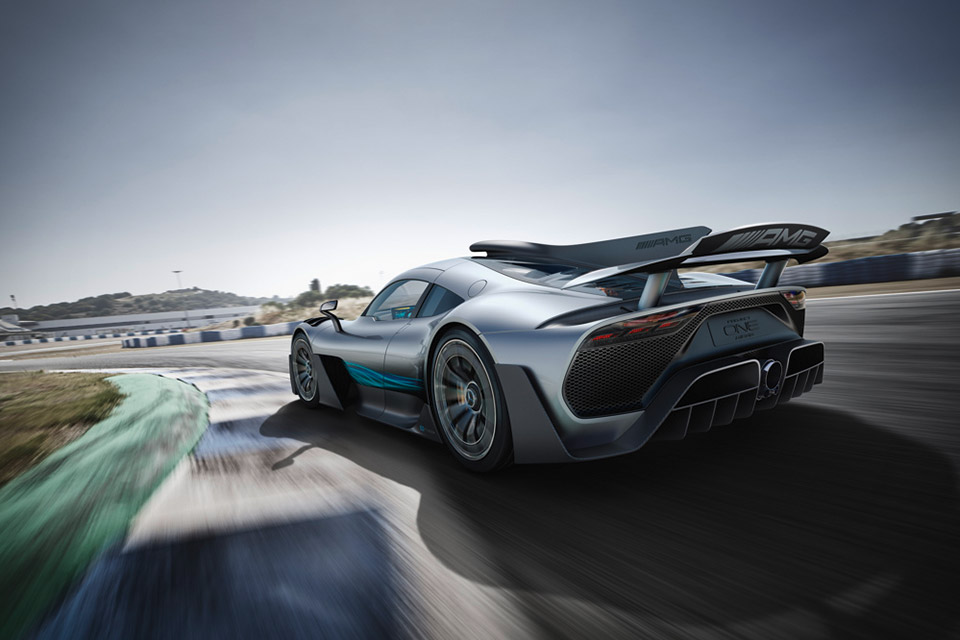 The label “Formula 1 car for the road” has been applied to lots of supercars and hypercars over the years, but let’s be honest: None of them feature that much F1 DNA. A pushrod suspension system here, an energy recovery system there, yes, but no genuine, honest-to-Fangio F1 car parts. Well Mercedes-AMG (which has been kicking all sorts of ass ever since the dawn of the current turbo V6 hybrid formula in 2014) decided to flip that script by porting its all-conquering F1 tech ­­- albeit in softened, streetable form – into the most extreme road car ever to wear the three-pointed star: The Mercedes-AMG Project One.

Wrapped in refreshingly sleek and uncluttered (save for a “shark fin” that’s a tamer version of the one fitted to the company’s current W08 EQ Power+ wheeled by Lewis Hamilton and Valtteri Bottas) bodywork, the Project One sort of reminds us of a modern day CLK GTR. But this mid-engine, carbon-fiber-chassis rocket’s powertrain is about as modern as it gets: It features a 1.6L single-turbo V6 that revs to 11,000 rpm lifted from the Formula 1 program, along with an electric motor each for the crankshaft and the turbocharger’s impeller shaft. Unlike the racecar, however, there are two additional electric motors, one to drive each front wheel, bringing total system output beyond 1,000 horsepower. Drop the hammer and rip through the gears of the 8-speed sequential transmission (also borrowed from the grand prix realm) and Mercedes-AMG say you’ll reach 124 mph in six seconds flat. Not 62 mph, or even 60 mph…124 mph. Lordy. Oh, and if you keep your foot in it, the Project One will stop accelerating somewhere around 217 mph…and you can go up to 15.5 miles on just battery power, if that’s what you’re into.

Just 275 of these motorsports-bred monsters will be produced, and every one of them – retailing for just over $2.5 million – has been pre-sold. This is despite the fact that deliveries aren’t scheduled to begin for another 18 months or so, giving Mercedes-AMG more time to test and refine the car into its definitive production specification. But we’re guessing the end product will be well worth the wait for those 275 lucky souls.