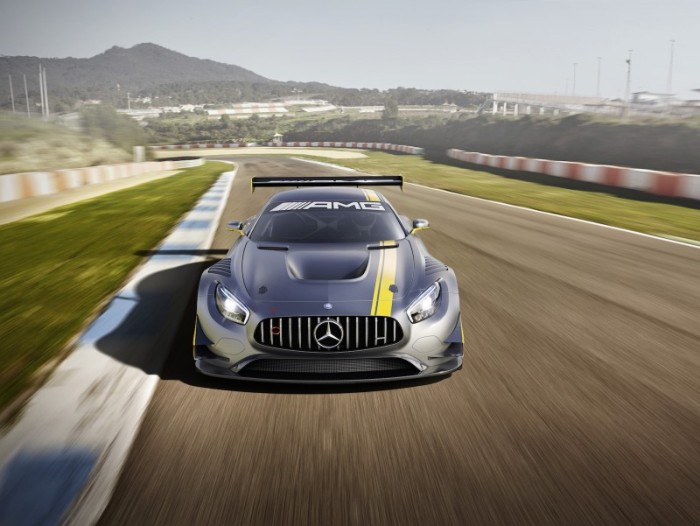 The Mercedes-Benz SLS AMG GT3 has certainly been one of the more successful GT3 racecars competing globally over the last few years. There’s just one not-so-slight problem: The street version of the SLS is no longer in production. However, it does have a successor of sorts in the form of the Mercedes-AMG GT, so it shouldn’t shock you that Merc’s new GT3 machine – officially debuting at next week’s Geneva Motor Show – is based on the GT. 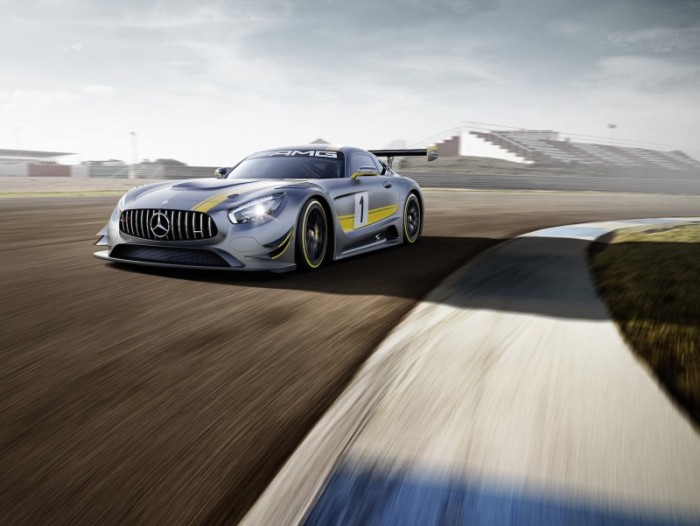 Officially called the Mercedes-AMG GT3, this new racecar follows much the same formula as its predecessor: Wider bodywork housing huge slick tires, scads of scoops and vents for improved cooling (plus a very cool retro grille insert inspired by the original 300SL racers from 1952) and a plethora of aerodynamic aids up to and including a monumental rear wing to help it stick to the track. Yet it adheres even more closely to the SLS GT3 when you peek under the skin: Instead of the street GT’s 4.0L twin-turbo V8, the GT3 still utilizes the SLS/SLS GT3’s booming naturally-aspirated M159 6.2L V8. It’s not the first GT3 car to use an engine entirely different from the one in its production counterpart (the BMW Z4 holds that distinction), but it is highly unusual. Also like the old car, the rear-mounted transaxle is a single-clutch 6-speed sequential unit, as GT3 rules specifically forbid dual-clutch designs. 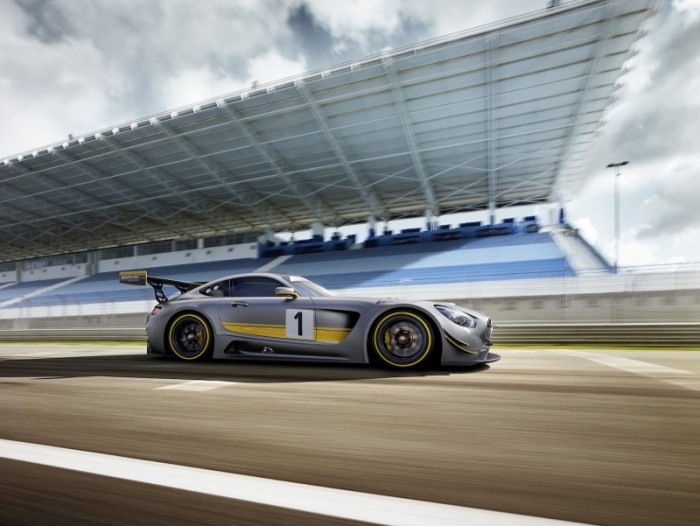 Mercedes-AMG is still putting the car through its testing regimen as this is being written, but it does expect to have it ready for the FIA to sign off on its homologation sometime before the end of this racing season, so don’t be surprised if it starts showing up on starting grids sometime this fall. But 2016 will be the Mercedes-AMG GT3’s real time to shine, as customers (including those in the Tudor United SportsCar Championship’s GT Daytona class) will be able to contest full seasons with it. You bet your backside we’ll be watching. 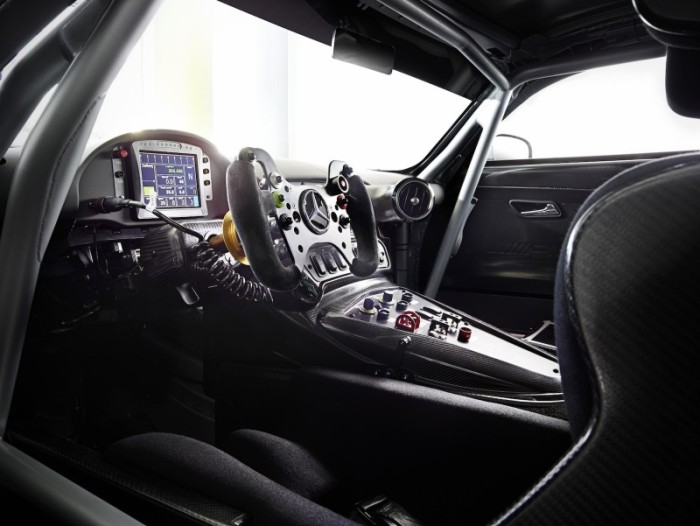