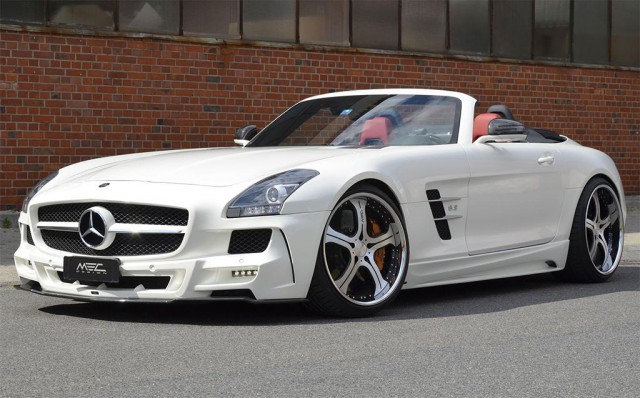 The Mercedes-Benz SLS AMG Roadster is hardly a common car, even in neighborhoods filled with mega-rich folks. Even so, that hasn’t stopped tuners (and their customers) from applying their own special touches to Benz’s billy club of a convertible. Whether it’s more distinctive styling, elevated performance or a combination of the two, the aftermarket has the SLS AMG Roadster comprehensively covered.

MEC Design, a Mercedes-Benz-focused firm based in Berlin’s Borsigwalde neighborhood, is one such company offering means of personalizing your SLS droptop. And while you won’t find any performance upgrades, it certainly doesn’t look factory stock anymore. 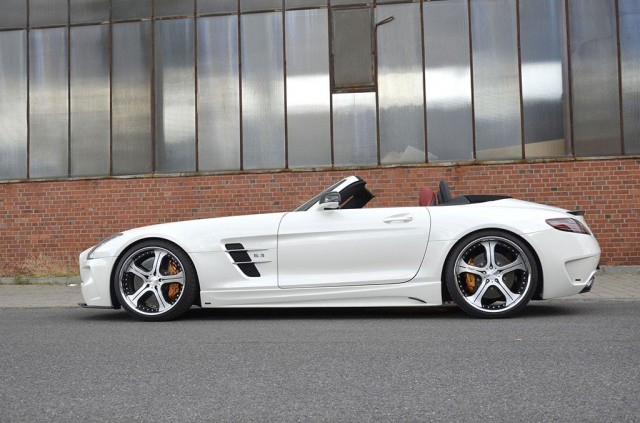 Up front, the new bumper incorporates LED running lights and a carbon fiber splitter. The side skirts are lower and feature downward-facing LEDs and (presumably non-functional) vents. The rear bumper also features vent detailing and the buyer’s choice of one of four carbon fiber diffusers. A subdued carbon fiber rear spoiler and side-view mirror caps round out the body modifications, while the car rides on a set of MEC Design’s own alloy wheels measuring 20” in front and 21” in back. 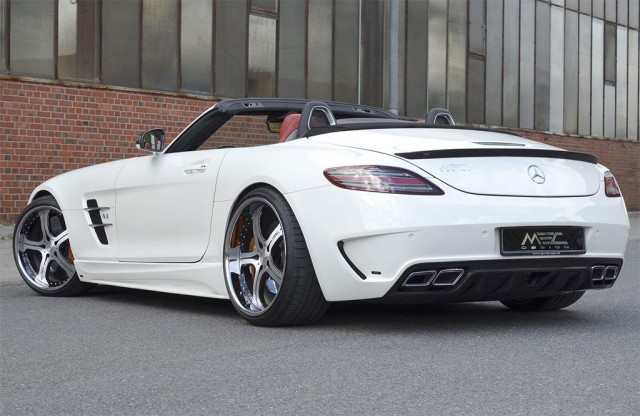 Inside, MEC Design installs a sport steering wheel trimmed in carbon fiber and Alcantara. There are also carbon door sills and various trim pieces for the dashboard, door panels and center console. Whether you’re talking about the inside or the outside of this magnificent machine, the transformation performed by MEC is quite fetching.

The company isn’t publishing a total price for all the enhancements seen here. However, you can check MEC Design’s website for the price of individual components, though you will have to convert the price from euros and add shipping. But whether you buy just one or two components, or load up on every piece that’s available for your car, you’ll have an SLS that stands out from the crowd (small though it may be). 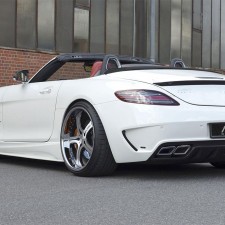 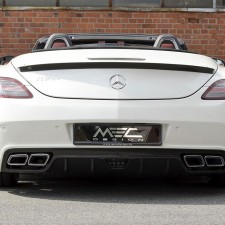 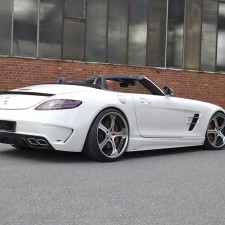 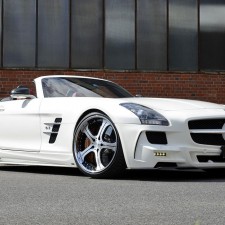 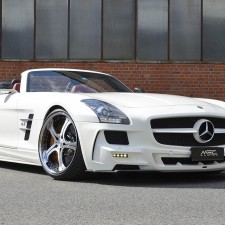 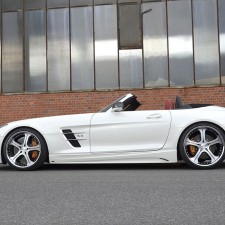 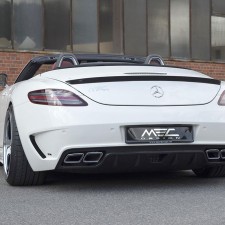 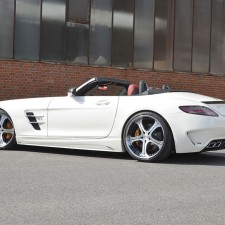 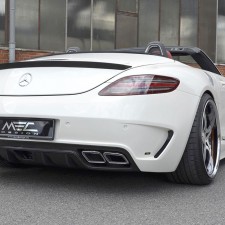 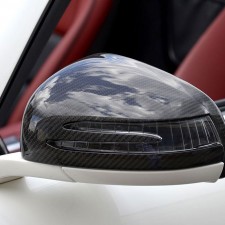 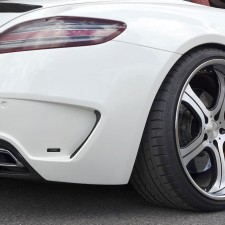 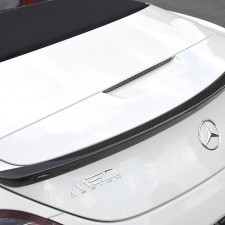