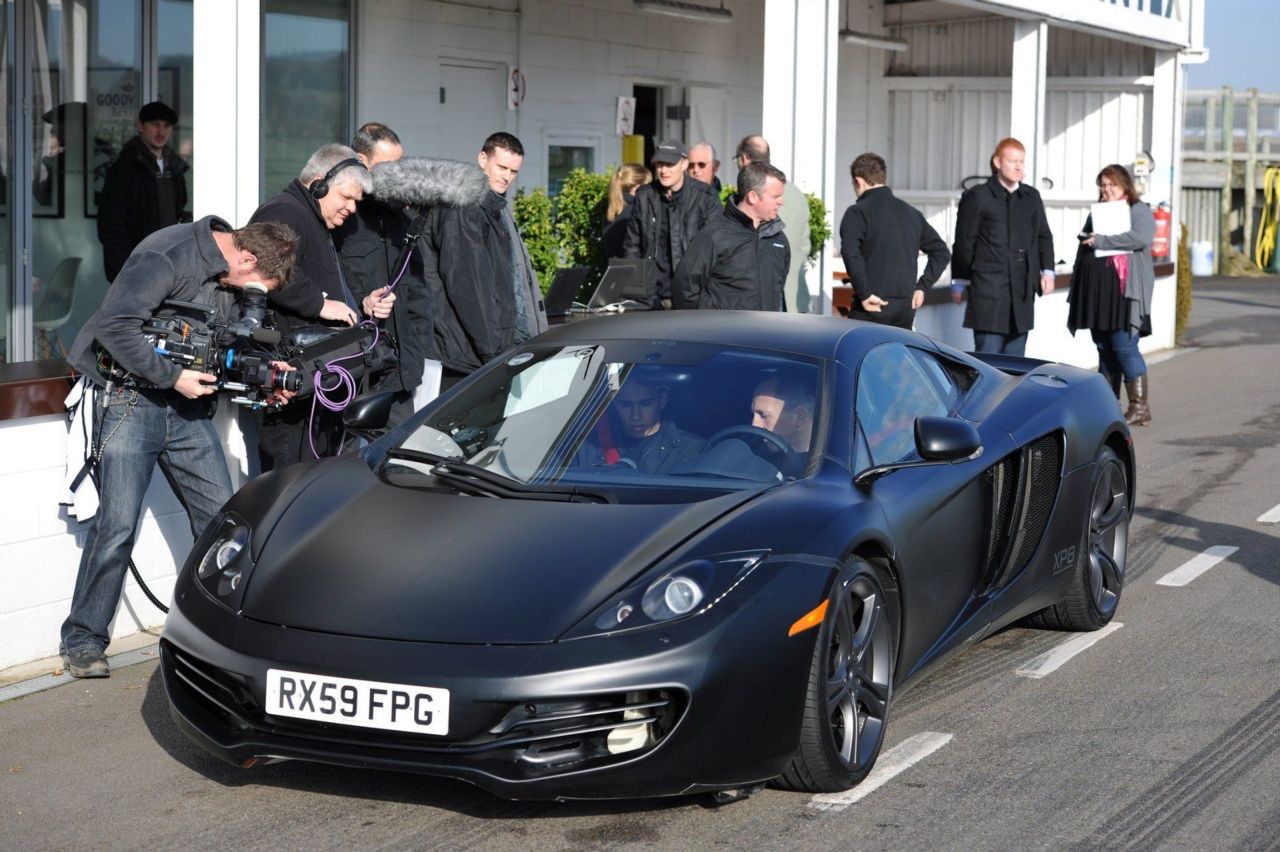 The 2011 McLaren MP4-12C was the center of attention when McLaren Automotive made their official announcement today as the latest supercar company to enter the fray. Not only did they release additional details on their first production car but they also released a video showcasing F1 aces Lewis Hamilton and Jenson Button putting the car through its paces.

This new two-seater from McLaren weighs only 2,866 pounds thanks to a compact frame and carbon composite monocoque. A 3.8-liter twin-turbo, jointly developed with Ricardo, delivers 592 bhp with 442 lb-ft of torque. The rev limit is a crazy high 8,500 rpm. With a 7-speed double clutch gearbox and F1-style rockers positioned behind the steering wheel, the car can sprint from 0 to 62 mph in the low 3 second range.

Normal, Sport and Track driving modes allow the McLaren MP4-12C to adjust its aspirations on the fly. In addition, there are two other configuration modes – H and P. The H designation takes care of handling changes such as steering weight, suspension stiffness, and stability control. Using P mode can switch up throttle response, gearshift times and engine note.