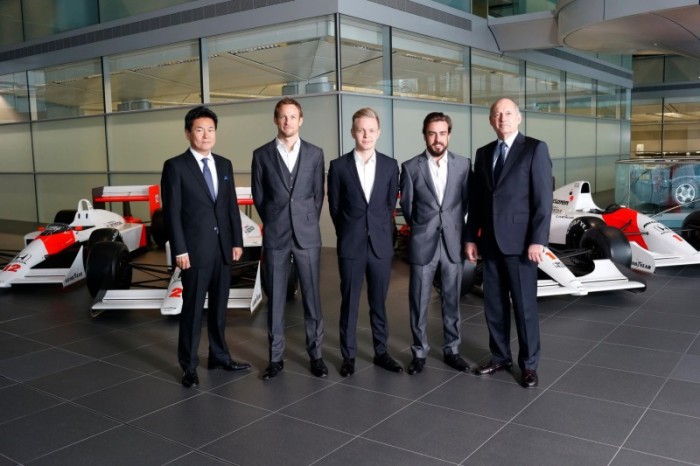 After months of speculation, innuendo and hand-wringing, McLaren at long last confirmed one of the worst-kept secrets in Formula 1 in a long time: Two-time World Champion Fernando Alonso is rejoining the now-Honda-powered team beginning with the 2015 season. Yes, we had our doubts too, considering how messily the Spaniard’s one-and-done first sojourn with the team ended in 2007 when he helped expose the espionage scandal that cost McLaren head honcho Ron Dennis $100 million in fines. But to their credit, both Alonso and Dennis (seen below) say the events of seven years ago are water under the bridge (Of course, would you expect them to say anything else publicly?), and they are focused on returning the team (and Honda, which last worked with McLaren from 1988 to ’92 and dominated Formula 1) to the sharp end of the grid. Alonso is especially keen on finding success; he grew up idolizing Ayrton Senna and the mighty Marlboro-sponsored McLaren-Hondas he drove to glory. 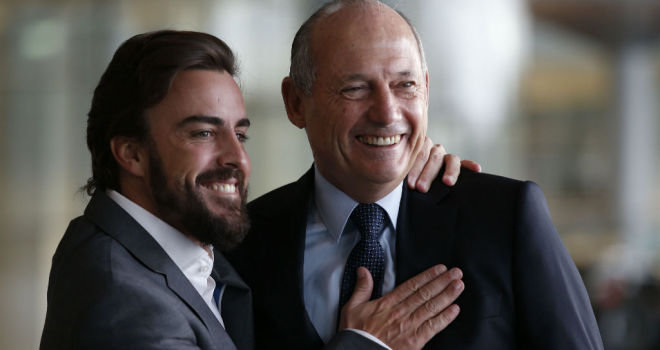 But as unsurprising as the signing of Alonso is, the re-signing of 2009 champ Jenson Button arguably elicits an equal and opposite amount of surprise. The personable English veteran was, until about 36 hours or so ago, widely tipped to be kicked to the curb in favor of his no-longer-a-rookie teammate Kevin Magnussen or another new face. However, it looks like Button’s smooth, calculating driving style, 15 years of F1 experience and great rapport with Honda (with whom he drove from 2003 until the Japanese juggernaut quit the sport at the end of 2008) won out over Magnussen’s youthful vigor and potential (though the second-generation Danish shoe will remain with the team as its test and reserve driver).

Frankly, the last couple years have been some of the most underwhelming in the McLaren Formula 1 team’s history. Hopefully its 2015 driver lineup (and its 2015 car) will be able to bring the legendary British constructor out of its slump.