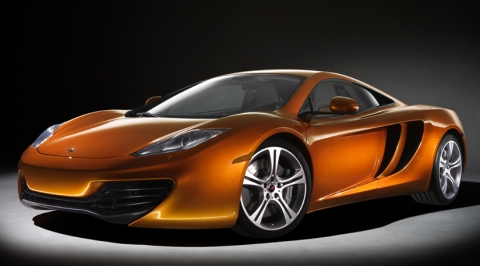 McLaren is a name that is synonymous with racing. But until recently, with the creation of a separate automotive division, the chances of catching one of their cars on the street was nil to none with the occasional SLR spotting like BigFoot. However, their long-awaited supercar is now one step closer to fruition with a torrent of new information and images released today. The new MP4-12C (codenamed P11) is pure McLaren, with every piece and parcel developed in-house. And with roots as a race engineering company, the latest and greatest advancements from Formula 1 have made it into this car.

Since McLaren was the original pioneer of using carbon composite construction, going back as far as 1981, it’s no surprise that everything starts with a Carbon MonoCell frame. The chassis is a single piece of rigid, lightweight and strong carbon-fiber that weights only 176 pounds. This is an industry first. In addition, all of the body panels are also constructed out of carbon fiber and composites as well. The good news is that this car is light and tight, but the bad news is that all of this carbon fiber drives costs up significantly. You only have to look as far as the Porsche 911 Turbo, where $50,000 in carbon-fiber add-ons are available, to see how quickly costs can skyrocket. 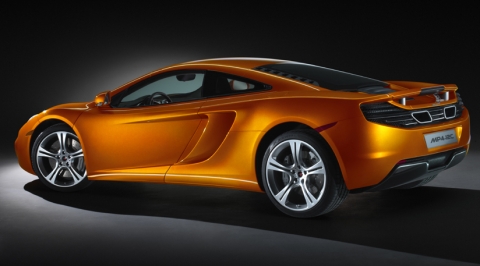 The powerplant of the McLaren MP4-12C is a twin-turbo 3.8-liter V8 engine rated at 600 horsepower with 433 lb-ft of torque. This magnificent engine is mated to a seven-speed Seamless Shift dual clutch gearbox. The car is rev limited to 8,500 but 80% of the torque is available from as low as 2,000 rpm. It’s McLaren’s contention that their supercar will offer the highest horsepower to CO2 ratio of any internal combustion engine in existence. This includes even diesel and hybrid variations. Dispelling all rumors that the engine block or entire powerplant might come from Mercedes, it turns out that McLaren Automotive wil be producing its own bespoke mills. We don’t have any real-world performance data, but you can expect that 0-60 mph times will hover just above 3 seconds and that the top end should be well north of 200 mph. 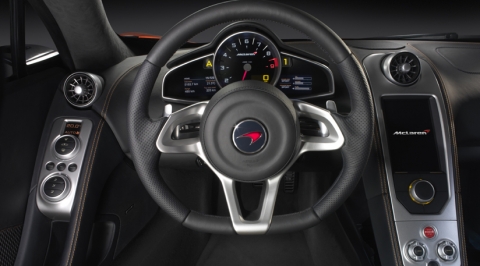 McLaren has instituted a whole host of pretty phenomenal performance specifications to their new supercar. For example, the driver and passenger position is set close apart to allow a narrower frame and improved visibility. Brakes sporting forged aluminum hubs have been chosen over optional carbon ceramic brakes due to the 8 kg of weight savings. A special airflow-assisted air-brake deploys to reduce the weight of the Airbrake activation system. Even the wall thickness of the alloy wheel was reduced to save weight.

And the McLaren MP4-12C incorporates quite of few technological advancements from F1 such as Brake Steer, which helps to reduce understeer when entering corners and assists with traction control when exiting. But the coolest feature is that a special Pre-Cog function is located on the gearshift rocker that allows the driver to prime the transmission for a gear shift and then let loose with breakneck speed.

McLaren spends quiet a bit of time in the press release discussing the economy, and the company has a strong belief that things will be coming around soon. Ron Dennis, the guy in charge, recently revealed plans to bring to market three new models over the next six years. The goal is to eventually pump out 4,000 cars a year, which is just a bit shy of the 6,000 that Ferrari produces. The McLaren/Ferrari rivalry will definitely be heating up again, this time off the track.

In 2011, McLaren Automotive plans to crank out 1,000 units of the MP4-12C. A quarter will be earmarked for the domestic UK market, while the US will receive another quarter and the rest of the world the remainder. The price is expected to be around £160,000 (about $264,000). This is a bit more than other market segment competitors like the Ferrari 458 Italia or the Lamborghini Gallardo LP560-4 but the reduced weight should make the McLaren MP4-12C well worth the extra pounds.