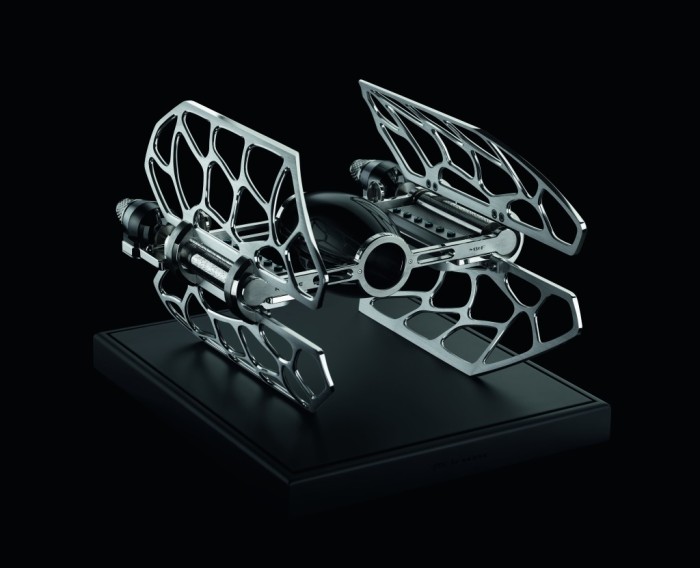 Of all the home gadgets and doodads that you, our beloved readers, tend to covet, we’re guessing music boxes are pretty low on the totem pole. Sure, the concept behind them is ingenious and some of them are quite ornate, but they generally don’t get the juices flowing like a super-trick home theater system does. Now, however, there’s an exception that proves the rule. 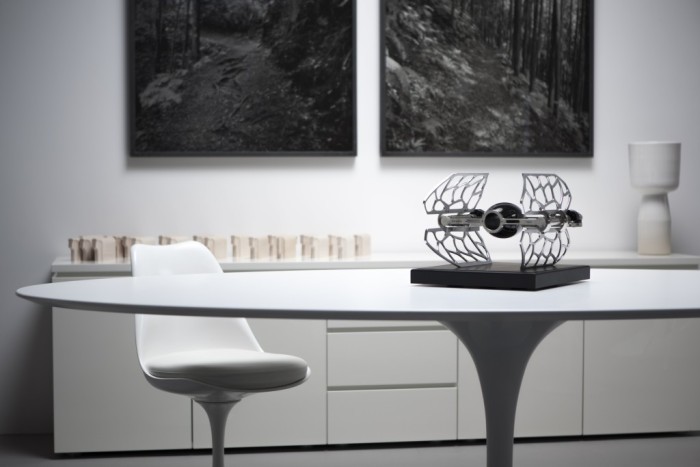 It’s made by MB&F, and it’s called the MusicMachine3 (Guess somebody’s space bar was broken that day…). And its resemblance to an Imperial TIE Fighter from the Star Wars universe is purely intentional: MB&F founder Maximilian Büsser was 10 years old when he saw the first Star Wars movie in the theater in 1977, and he’s been a fan ever since. So Büsser and his team got in touch with the ultra-high-end music box experts at Reuge to create this stylized, skeletal rendition of the X-Wing’s arch nemesis that’s being offered in three different finishes for the fuselage: Gloss black, gloss white and chrome. 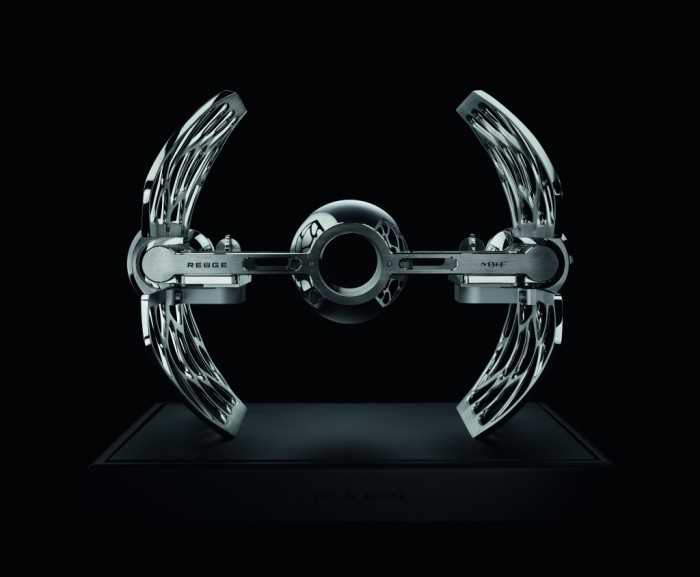 As for the music-making mechanism, it utilizes not one but two cylinders, each with excerpts from three famous classic movie and TV theme songs. One features “Star Wars” (no surprise), “Mission Impossible” and “James Bond,” while the other has “The Godfather,” “Merry Christmas, Mr. Lawrence” and “The Persuaders.” Pretty swanky, and also pretty exclusive: Just 99 of these magnificent machines (33 of each color) will be made, so if you have the funds to get one (We’re guessing it’s going to require a lot.), you’d better act fast. Like, Millennium Falcon fast. 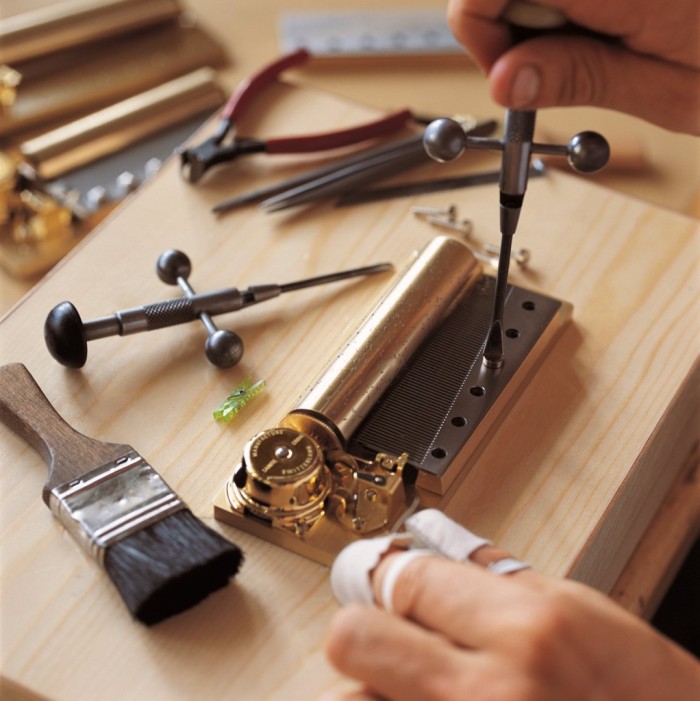