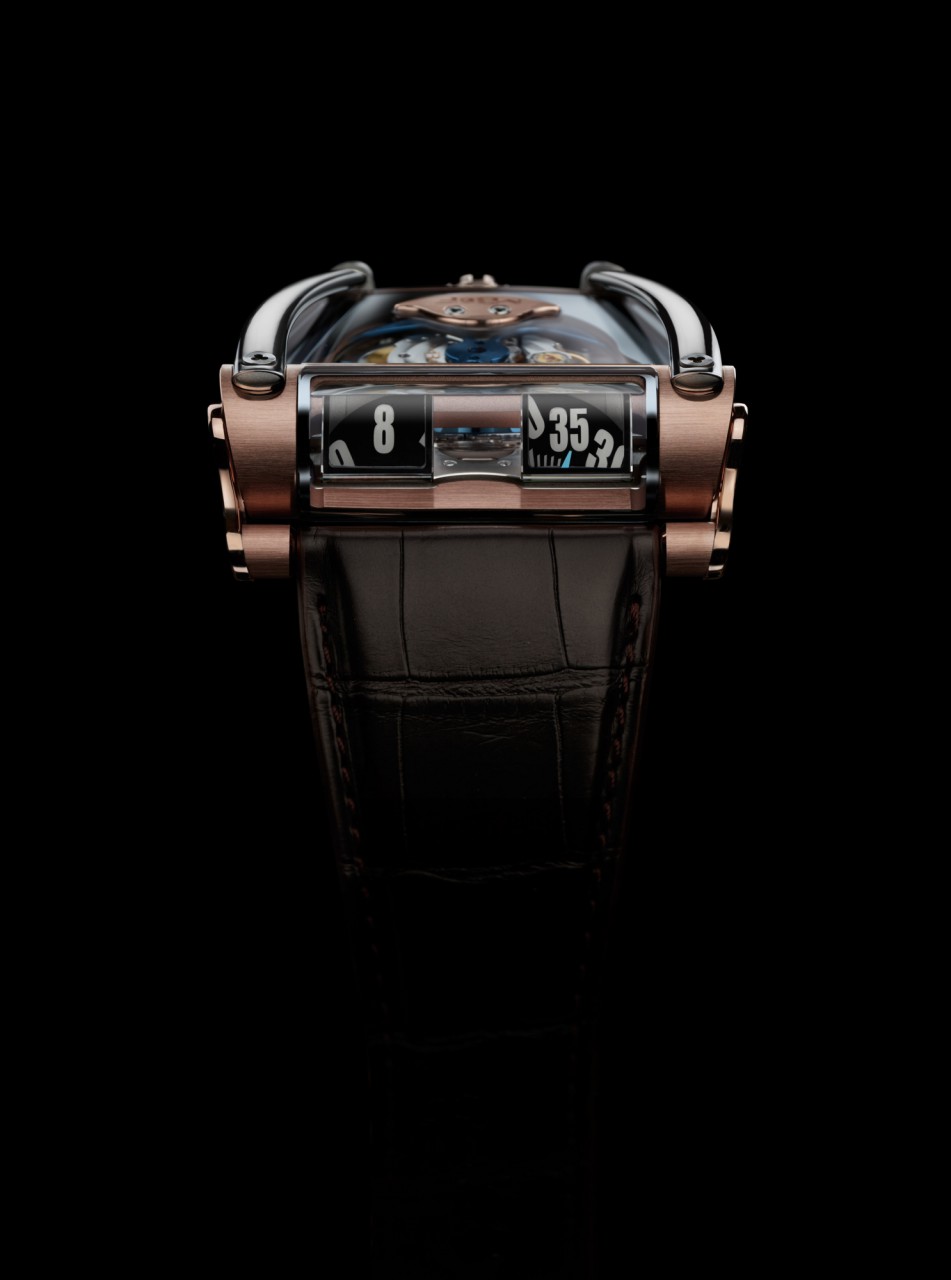 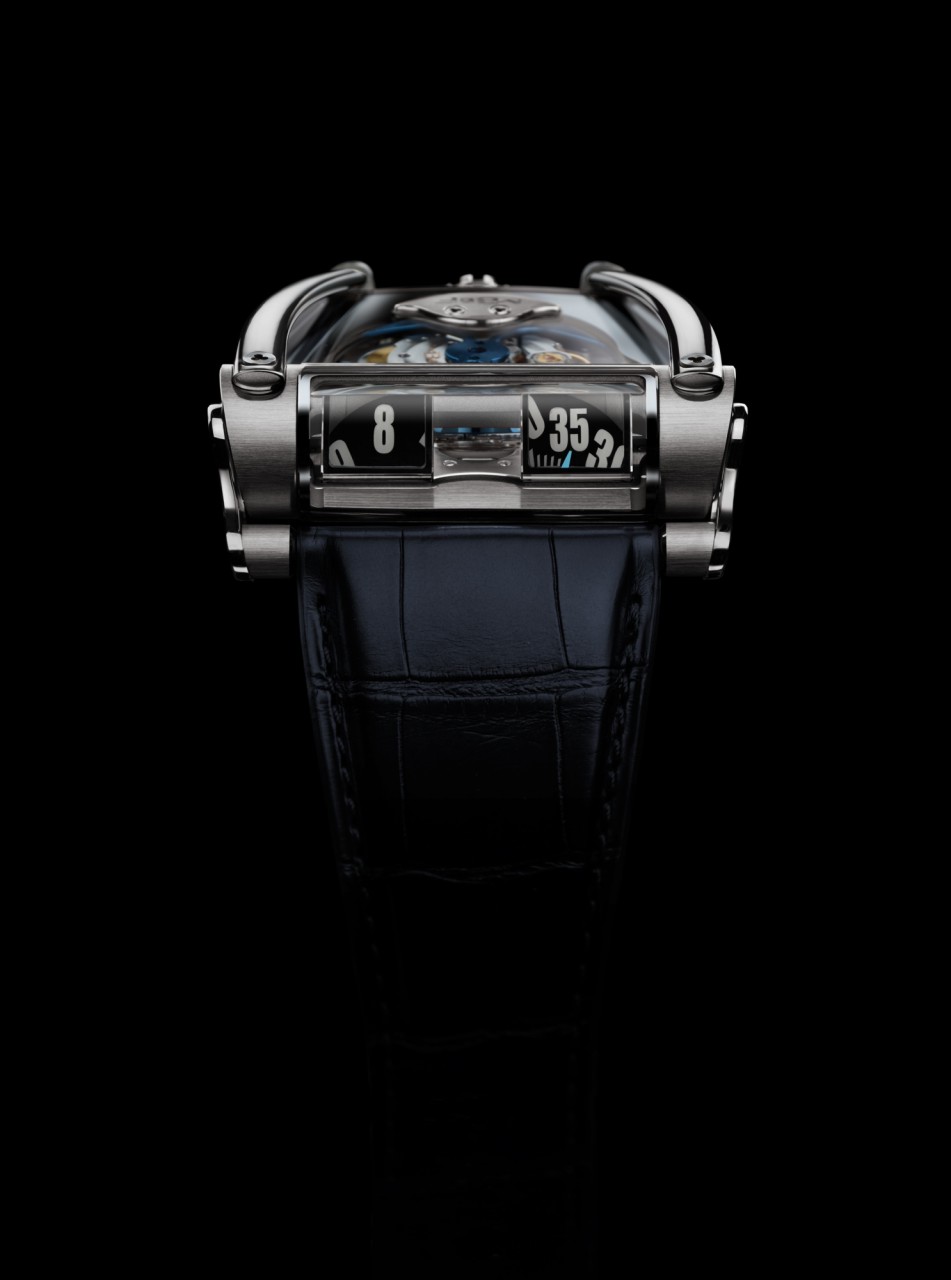 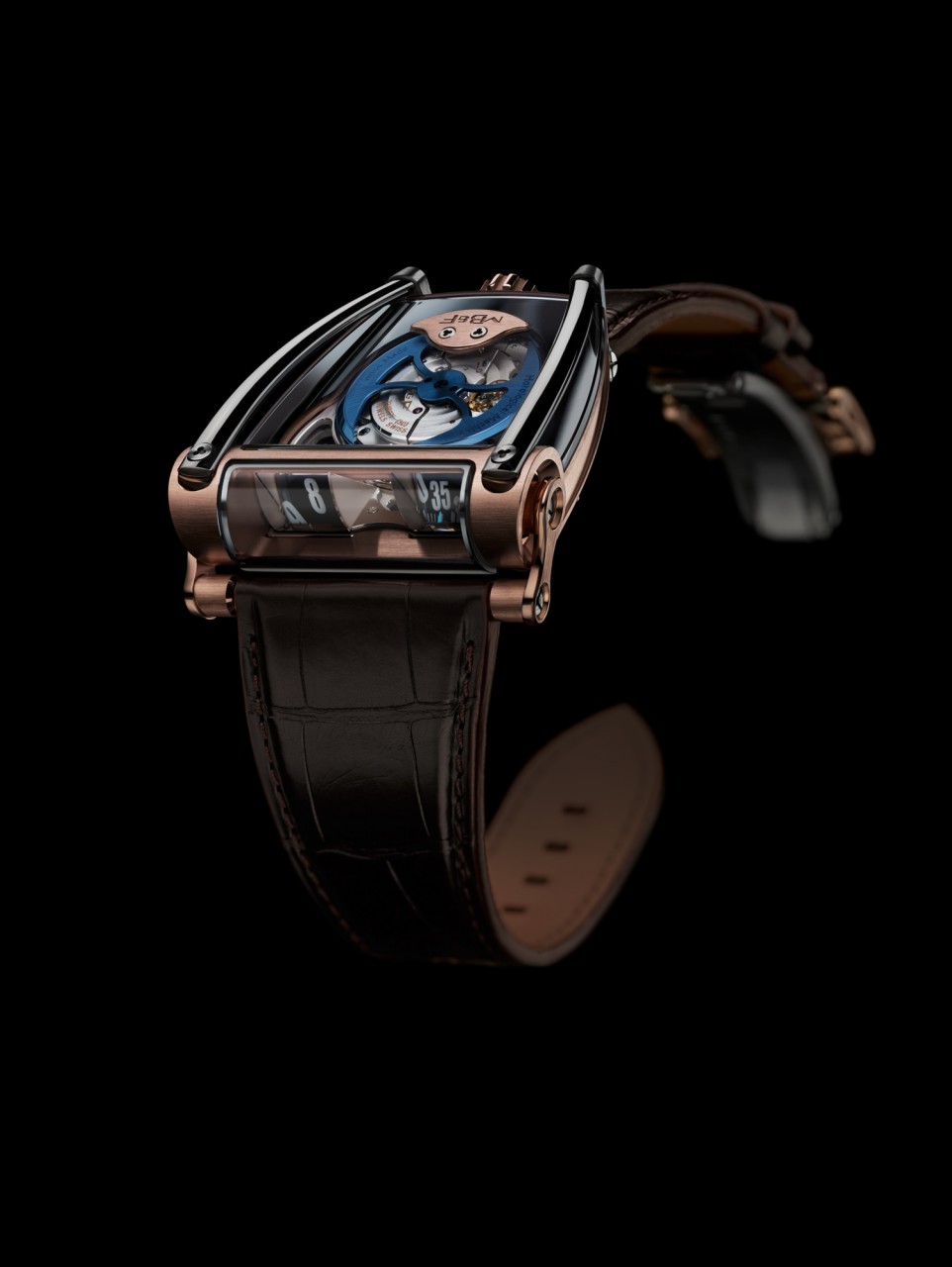 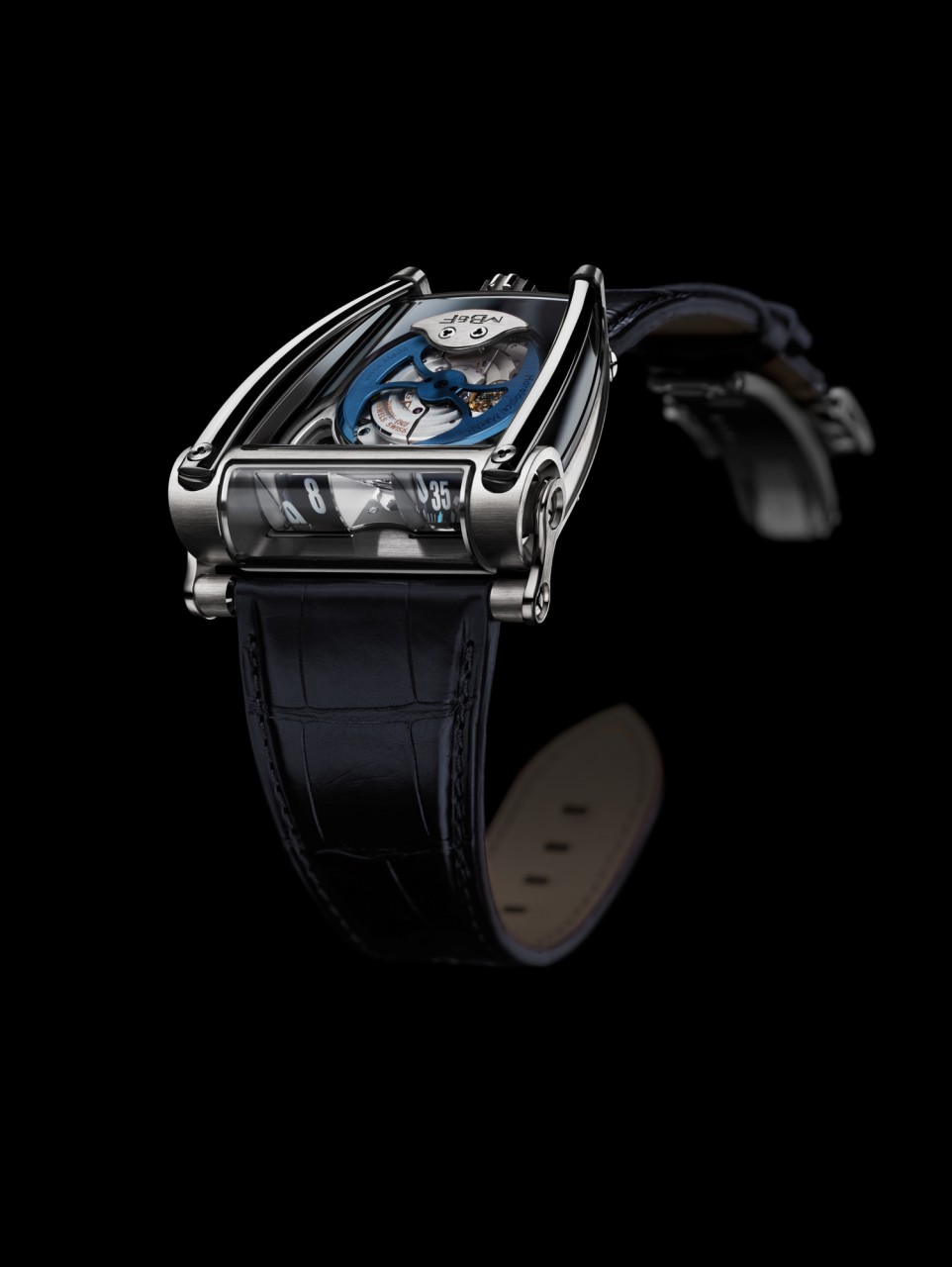 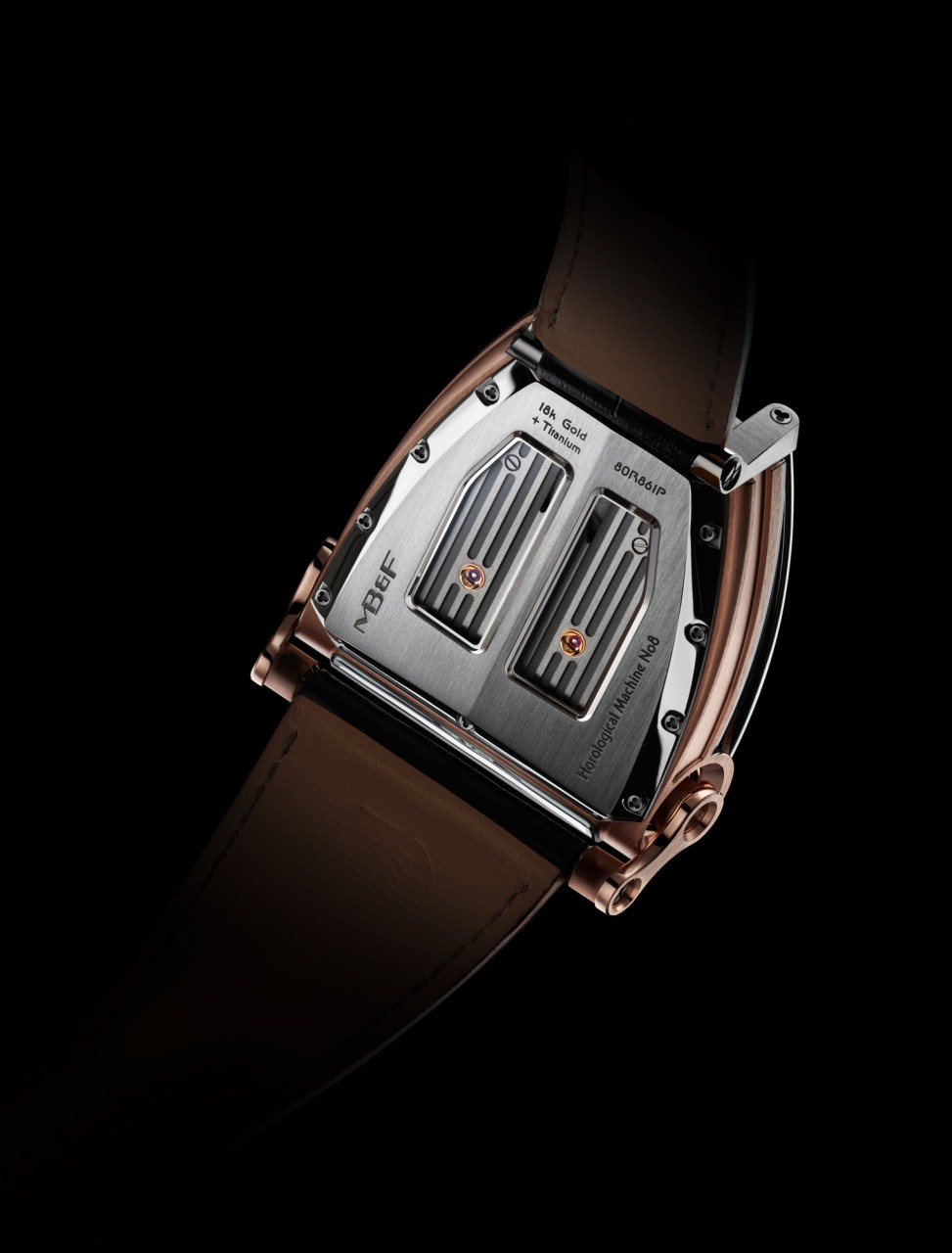 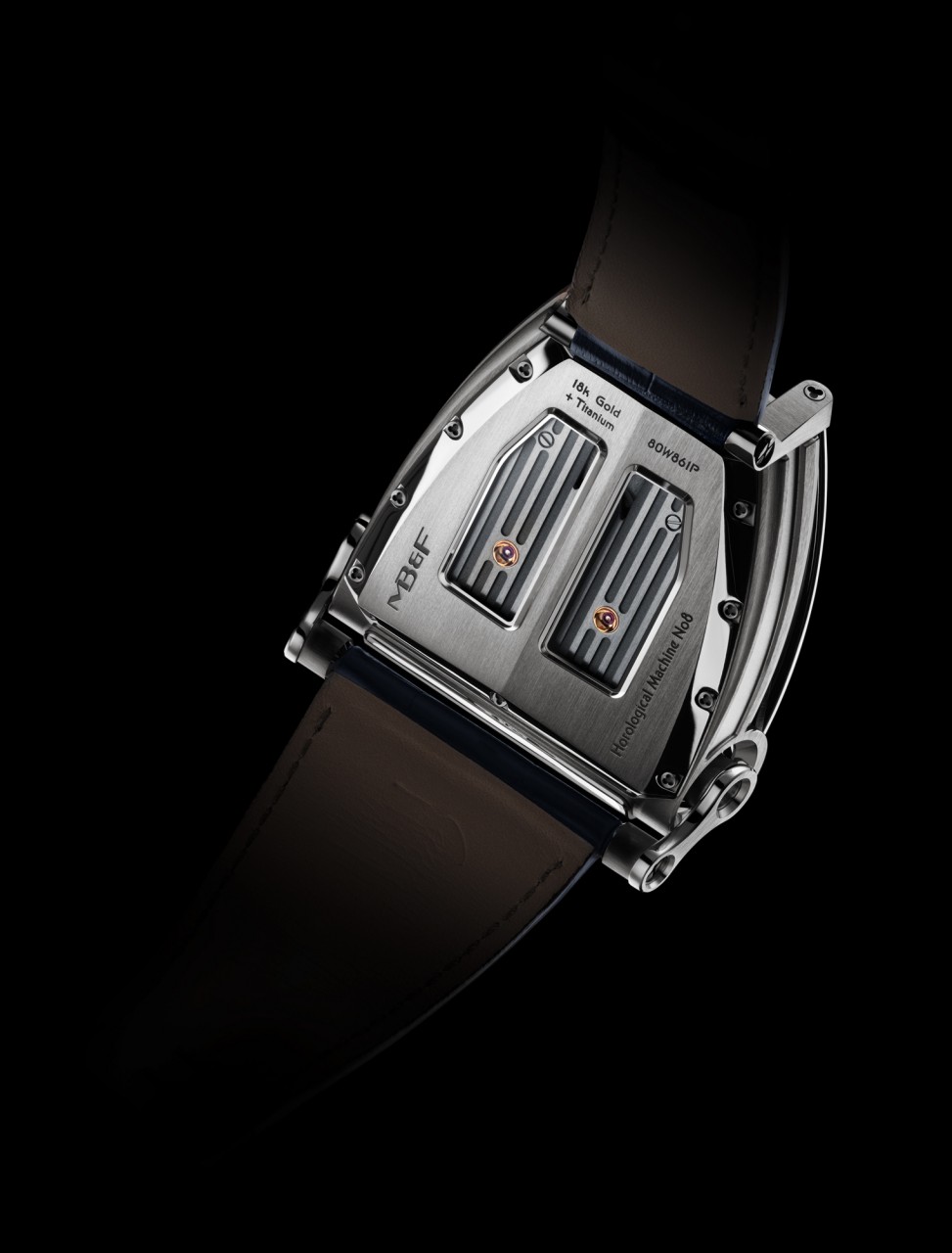 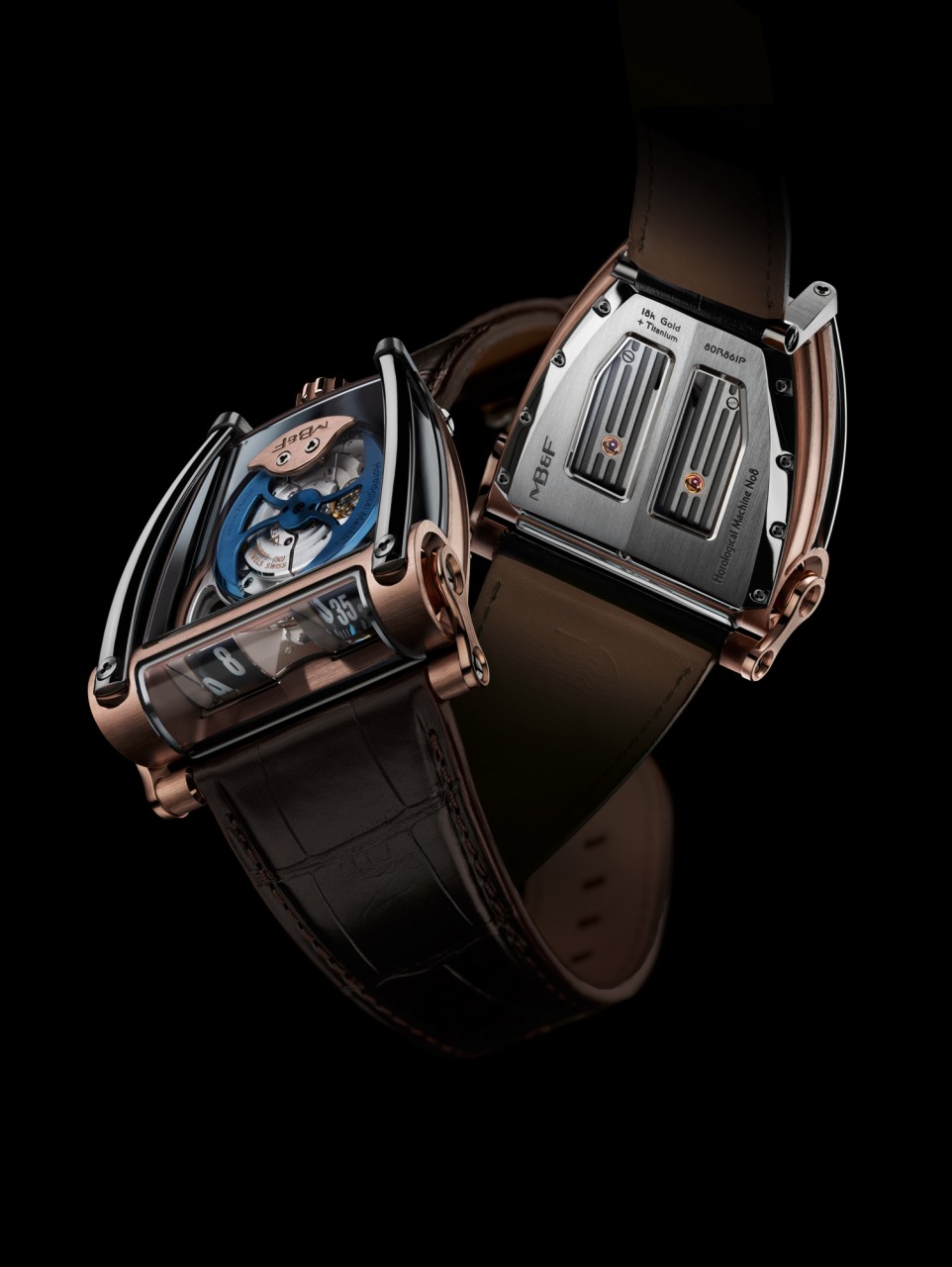 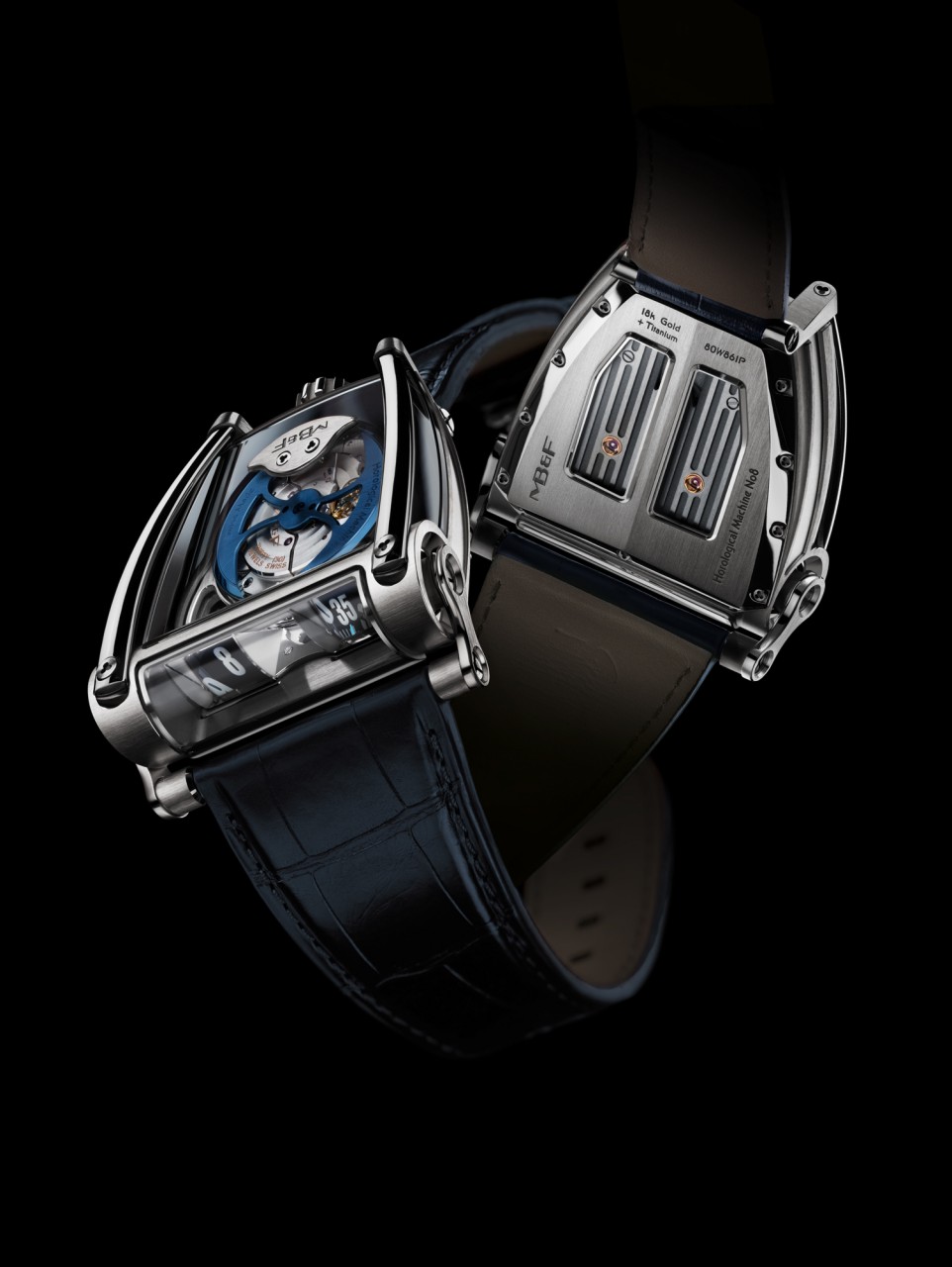 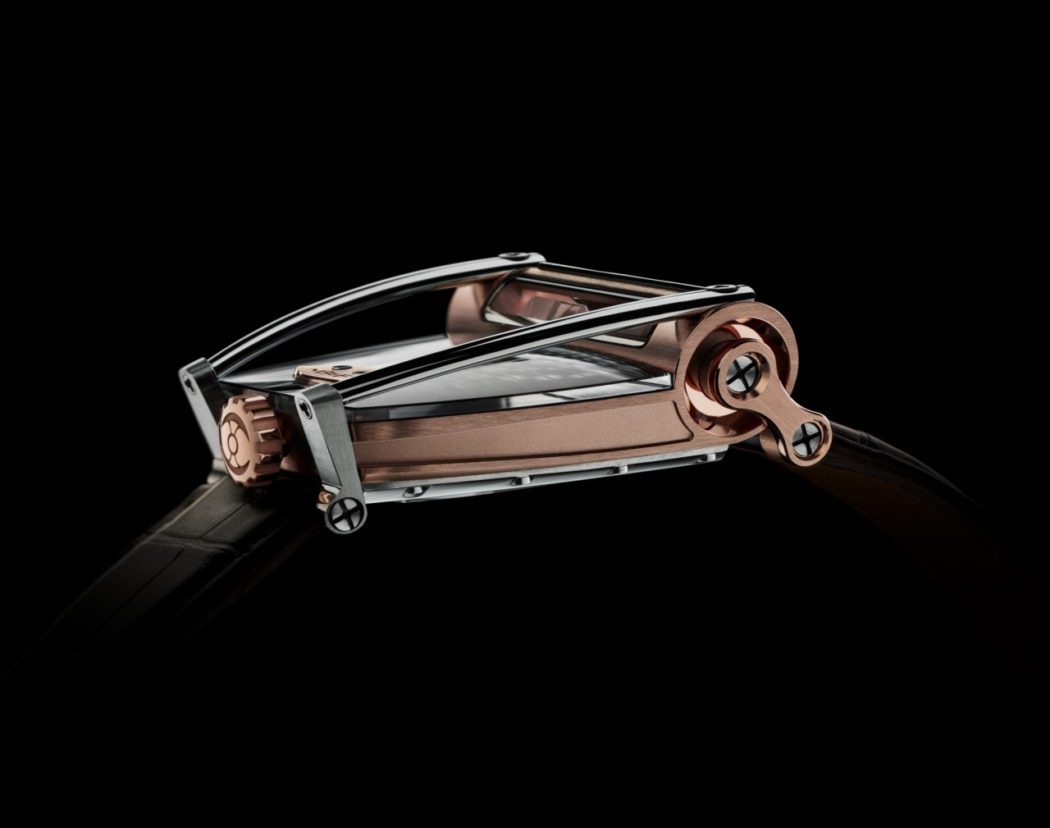 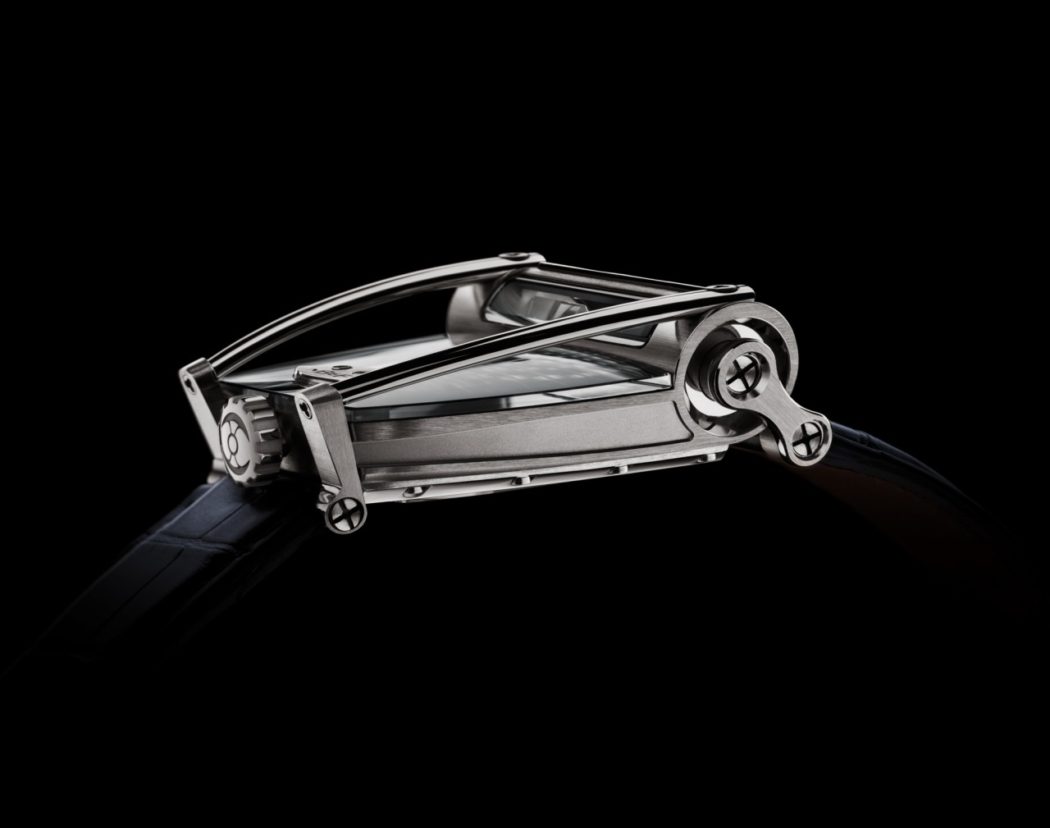 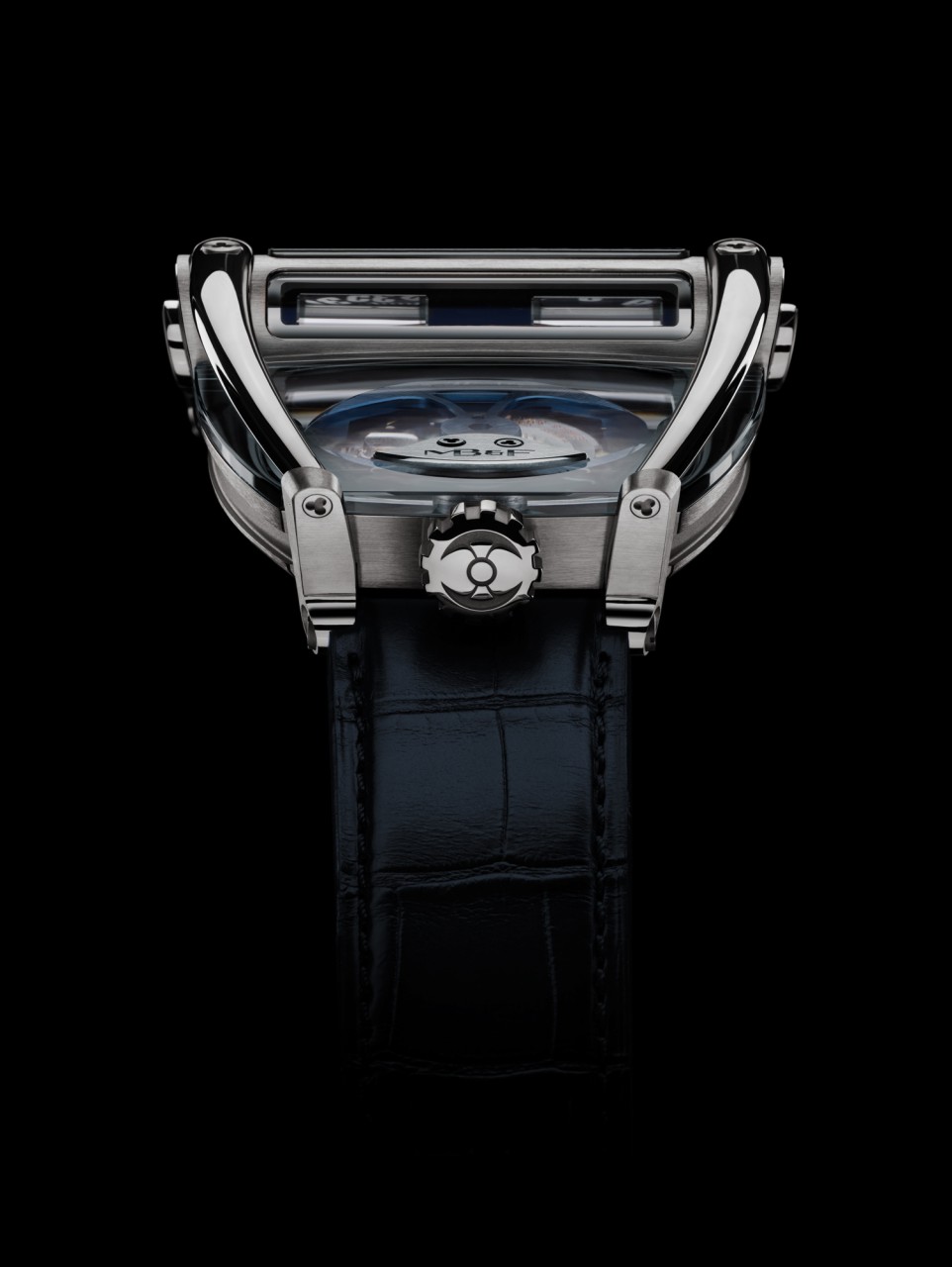 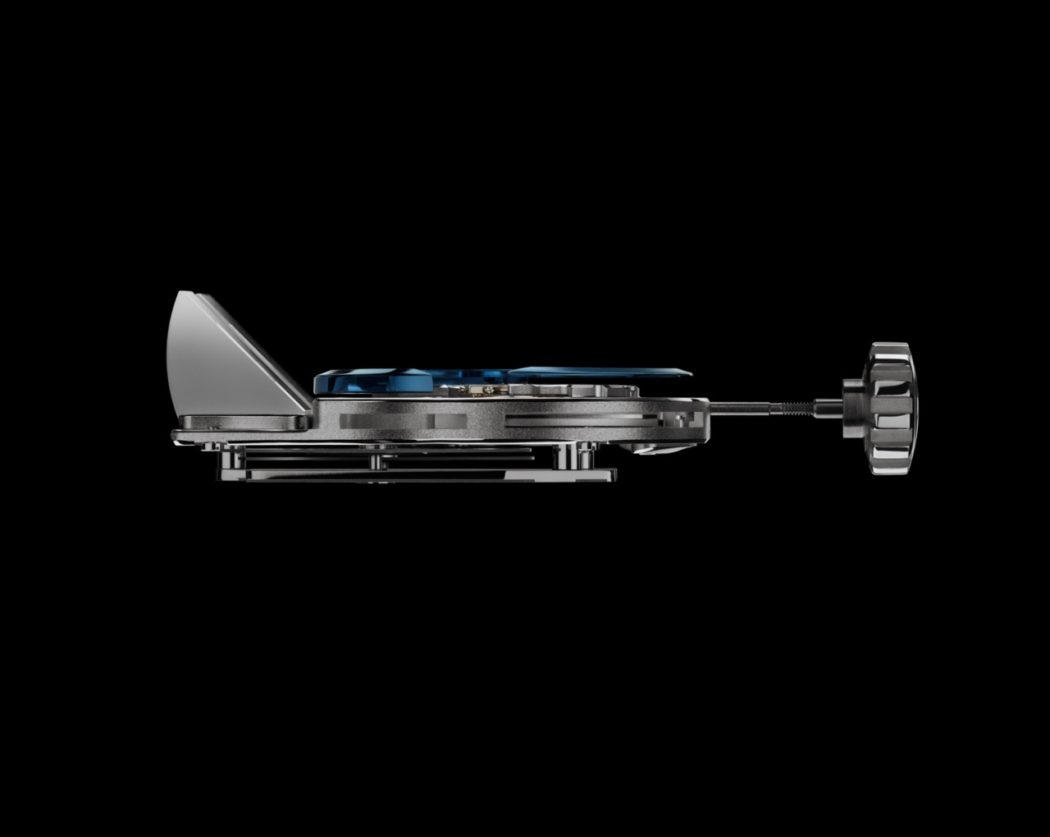 If ever there was a racing series designed to make grown-ass men squeal like schoolgirls attending one of the latest pre-packaged, focus-grouped-to-death teen idol’s concerts, the original (1966-’74) Can-Am was it. Massive horsepower, a rulebook just slightly wordier than a fortune cookie fortune and many of the era’s best drivers (up to and including Formula 1 world champions) were its calling cards, so it’s no wonder so many old enough to have seen it firsthand still wax nostalgic about it. And while this new watch from MB&F doesn’t bring those days back, it’s still sure to draw plenty of “oohs” and “aaahs.”

If the connection between the MB&F HM8 Can-Am and its namesake road racing championship doesn’t seem obvious simply by looking at the watch, that’s because it isn’t; the company describes the polished “roll bars” spanning the case (which is available in either white gold and titanium or red gold and titanium) as being inspired by the ones installed on a Group 7 ground-pounder, and the overall “machinery porn” aesthetic with lots of exposed fittings and fasteners could certainly be considered car-like. Other than those attributes, Horological Machine No. 8 is kind of an MB&F greatest hits album, with a three-dimensional, 247-piece “engine” (i.e. movement) with top-mounted “battle axe” winding rotor residing under a sapphire crystal. The engine drives a pair of jumping bi-directional hours and minutes discs that are visible through optical prisms. Pretty slick, though for a retail price of $82,000, you would sure hope it was!