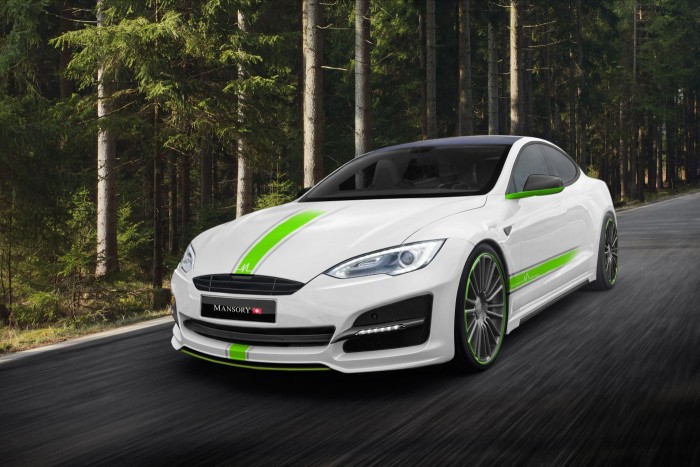 As different as the Tesla Model S is compared to most other cars on the road, at the end of the day it’s still a car. And because it’s still a car, it means tuners can still put their own spins on it (at least cosmetically). Certainly a fair number of tuners have already done so, Mansory being the latest company to give it a go. 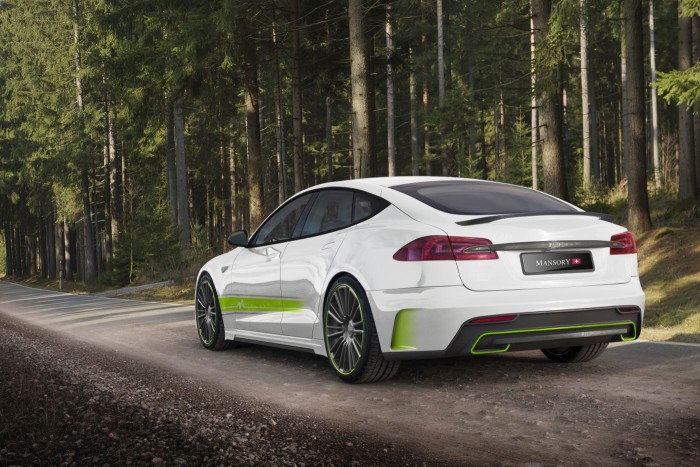 In addition to the eye-grabbing neon green stripes and accents, Mansory has come up with a carbon fiber body kit for the all American, all electric super sedan that features new front and rear fascias, side skirts and a rear wing. A set of custom wheels (also with green accents) further distinguishes this Tesla from the ones humming their way out of the factory in Fremont. 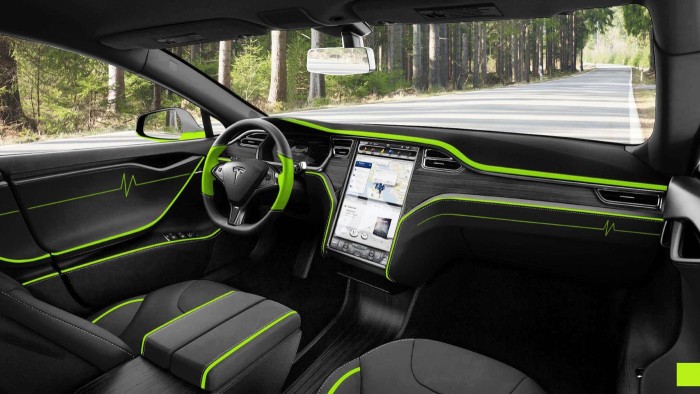 Of course, because this is Mansory we’re talking about, they’ve also given the interior a makeover. And like the exterior, there’s plenty of neon green to be found, whether you’re looking at the dashboard, seats, door panels or steering wheel. We get that the green is there because this is a green car but, if it were our money and our Model S, we’d politely ask Mansory to leave it out; the body kit and wheels look snazzy enough on their own.