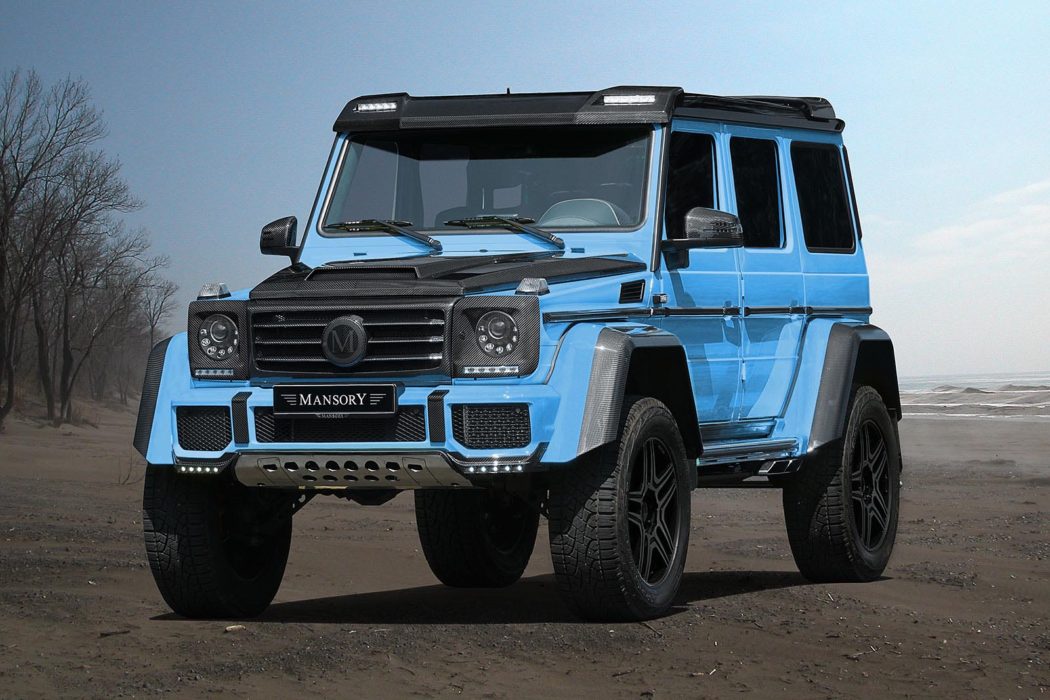 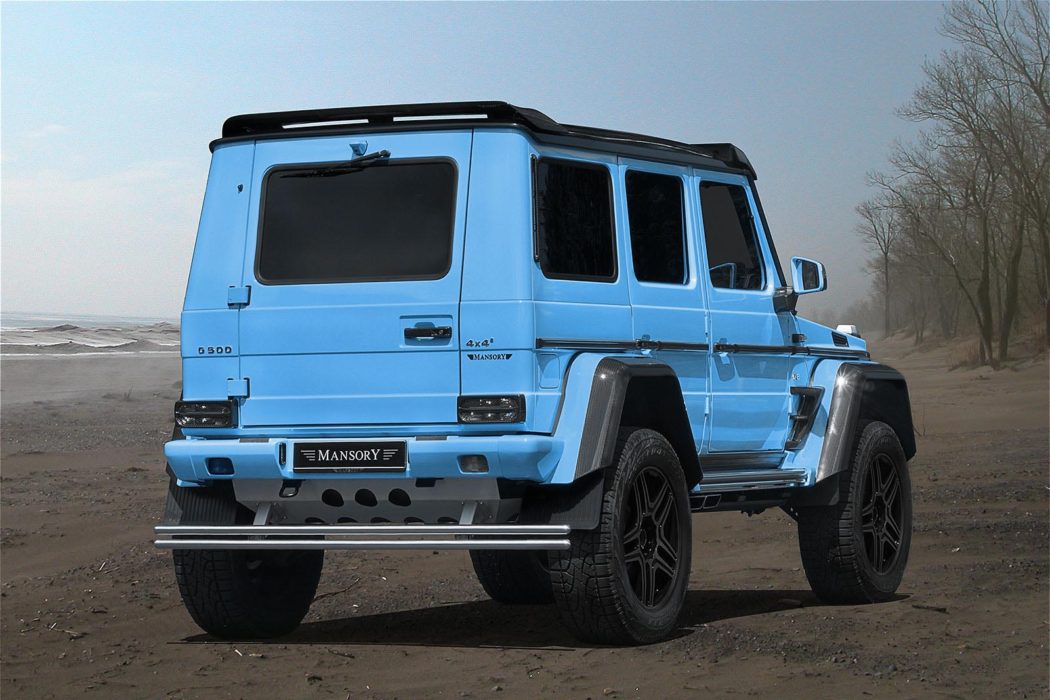 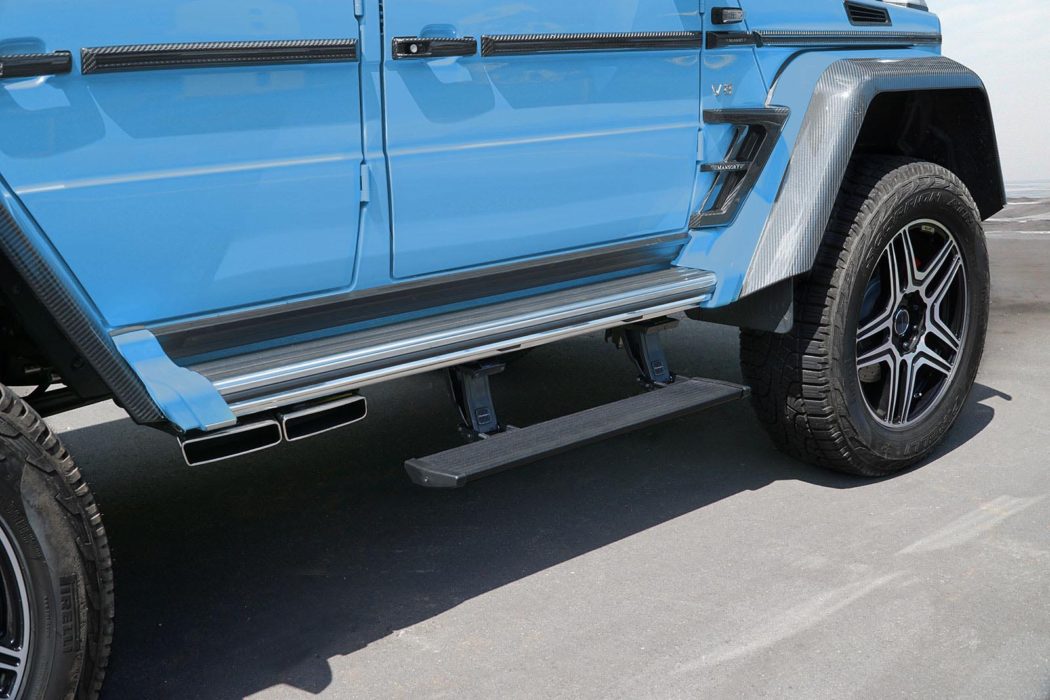 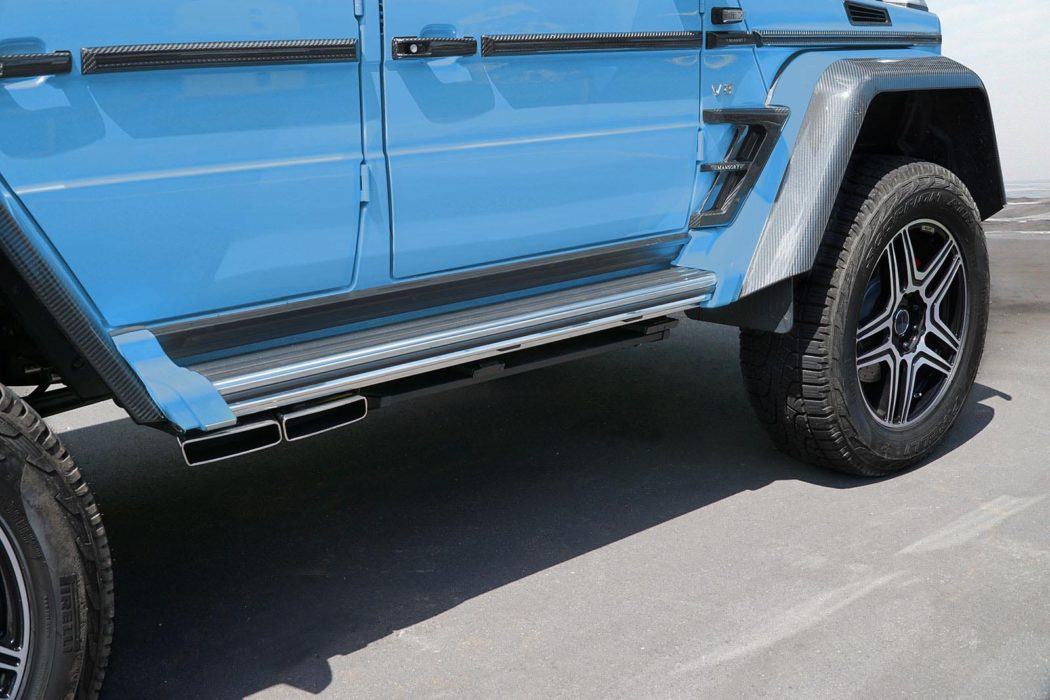 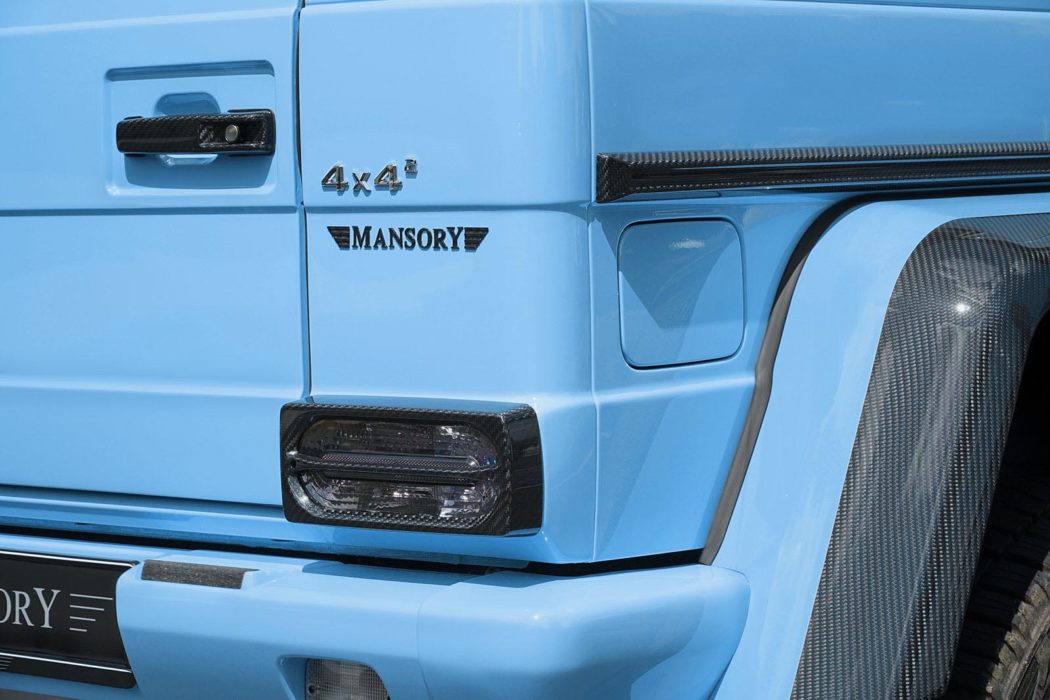 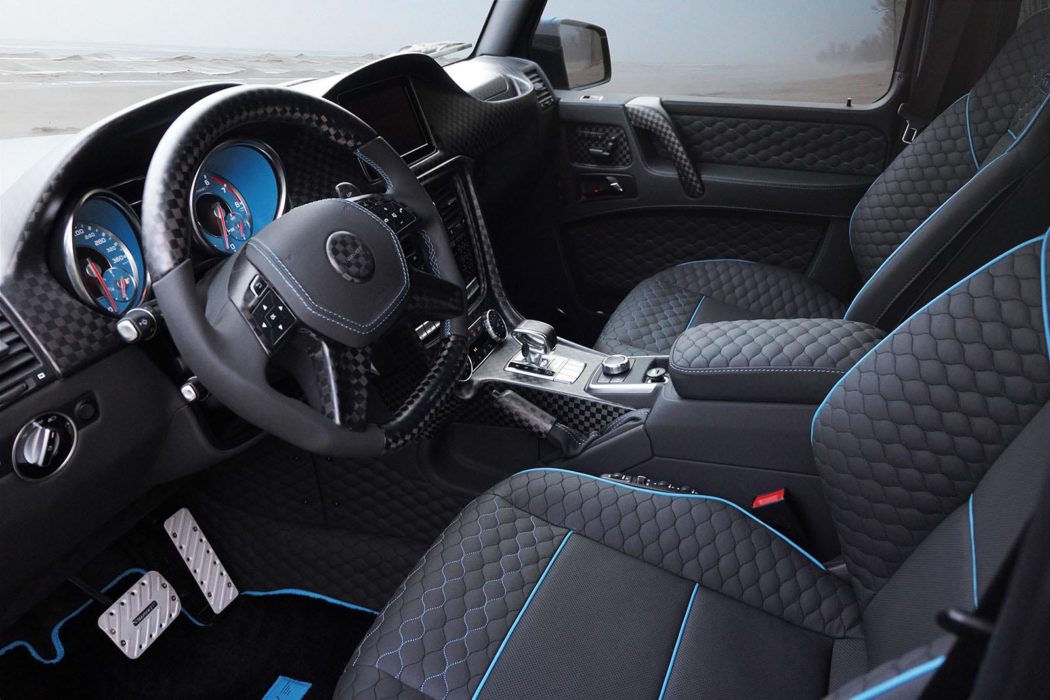 If the Mercedes-AMG G63 6×6 is the company’s most American vehicle ever (at least in terms of ethos), then the Mercedes-Benz G500 4×4² (which is coming to these shores soon as the G550 4×4²) is a close second. By installing 66.66% of the six wheeler’s portal axles and straight-outta-Norco suspension under the standard-body, regular-strength biturbo V8 G-Wagen, the clever cats in Stuttgart have demonstrated that there’s always room from improvement in their long-serving box-on-wheels. And when an improvement upon this improved version is called for, Mansory is ready to answer.

The exterior enhancements (if you want to call them that) rely heavily on carbon fiber, with the material being used for the new hood, headlight surrounds, fender extensions, rear spoiler, mirror caps and more. Mansory installs a set of LED headlights and some power-retractable side steps, the latter items being pretty much a necessity for anyone without an National Basketball Players Association membership card. The interior also gets an extensive makeover with carbon fiber and acres of leather, while the 4.0L twin-turbo V8 gets one of Mansory’s Powerbox ECU modules and a sport exhaust system to increase peak figures to 478 horsepower and 524 lb.-ft of torque. Really, this vehicle would be as much at home in the I.E. as it would be in the ‘Bu, which makes it pretty special as far as we’re concerned.