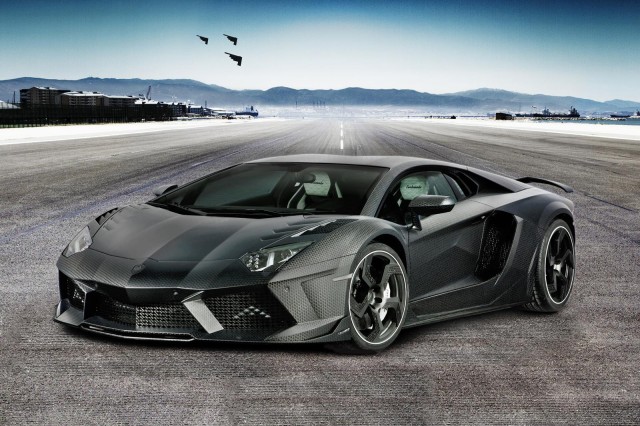 The Lamborghini Aventador isn’t exactly what most people would call “slow.” Its 6.5L V12 sends most of its 691hp to all four-wheels, vaulting the Aventador to 60 mph in about three seconds en route to a top speed comfortably over 200 mph. And thanks to those wild, stealth aircraft inspired looks, it’s not exactly subtle, either.

However, many sheiks, oligarchs and reality TV producers wouldn’t be caught dead in a mere stock Lamborghini. It just wouldn’t be an accurate reflection of their station in life. The same cannot be said for this carbon-clad number from Mansory. 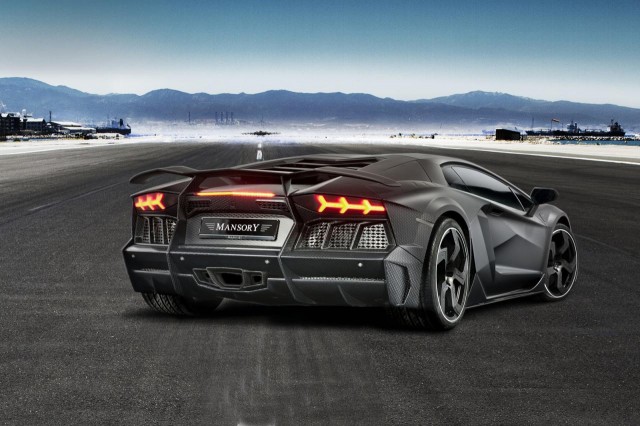 Dubbed the Carbonado, this Mansory-fied Aventador sheds its exterior paint in favor of bare (other than clear coat) carbon fiber. It also wears new front and rear fascias, front fenders, front trunklid, door skins, rear quarter panels, and a fixed rear wing. All new panels stick out farther, feature additional vents and creases, or a combination of the two. The stock wheels have also been replaced with aftermarket alloys featuring “bent” spokes with carbon fiber trim. We reckon the ensemble might look sketchy in an actual color, but in uncolored carbon fiber, it’s not half bad.

The interior is heavily revised, too. The seats, door panels and center console receive splashes of black quilted leather with white stitching and piping. There’s also carbon fiber trim – woven in the same pattern as most of the exterior parts – adorning the inside door pulls, shift paddles, steering wheel spokes, and instrument binnacle. We kinda like it; it’s like sitting inside a high-tech tuxedo. 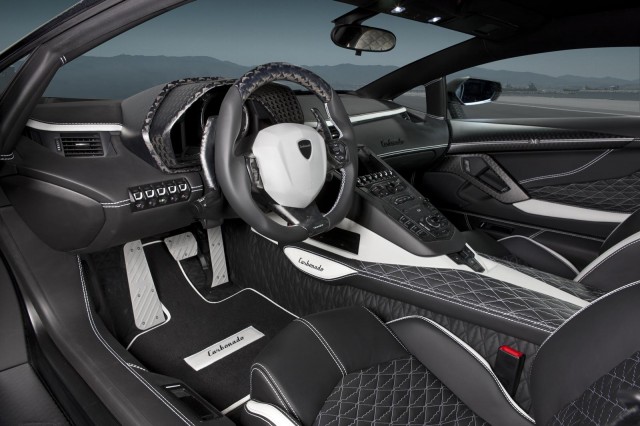 But if the interior is a tuxedo, then the engine compartment is a giant battle mech. Mansory fits the Carbonado’s engine with a twin-turbo system (and a strengthened crankshaft, connecting rods, connecting rod bearings and pistons to cope with the added boost, plus ported cylinder heads). The result is a claimed 1,233hp. Yes, we’ll wait while you grab some paper towels…

Done? Excellent. Mansory says its new loony Lambo will blast to 62 mph in 2.6 seconds, and run out of steam in the top of the paddle-shift transmission’s seven forward gears at 236 mph. Fine…go get more towels…we’re not going anywhere… 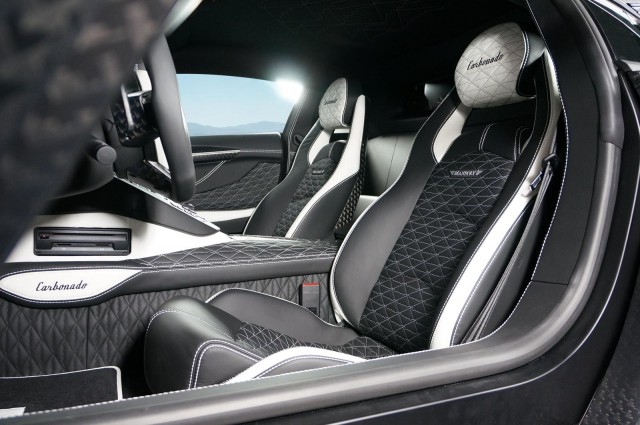 Okay, Mansory hasn’t said what all these tweaks will cost, but we’re guessing the tab will be well over $1 million when you include the price of the donor Aventador. But can you put a price on being able to shame Veyron drivers at will? We certainly can’t. 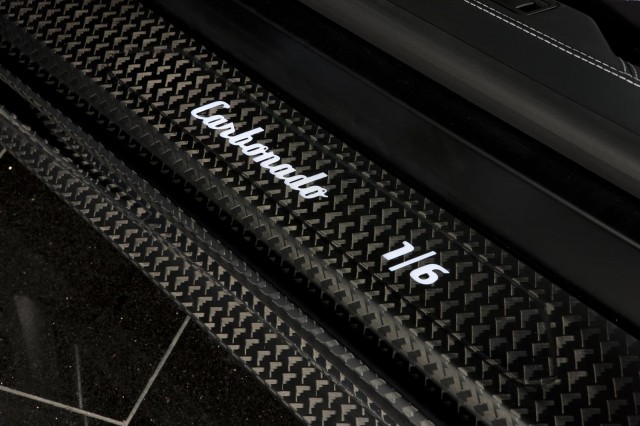