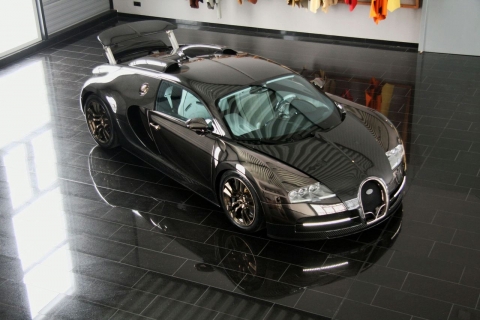 The Bugatti Veyron is pretty exclusive by its very nature as only 300 of these supercars will be built in total at a cost of $1.4MM plus a piece. However, that hasn’t stopped Bugatti from coming out with a seemingly endless supply of ultra-limited edition variations that cost considerably more than the original. These models include the Pur Sang, Fbg par Hermes, Sang Noir, Grand Sport, Bleu Centenaire and a plethora of one off models that seem to keep springing up in the Middle East.

High-end aftermarket tuner Mansory announced their own tuned version at the 2009 Geneva Motor Show dubbed the Linea Vincero, thereby officially throwing their hat into the arena of the uber-expensive, outlandish Bugatti customization. Now, we have a full photo gallery of this vehicle along with some video as well. 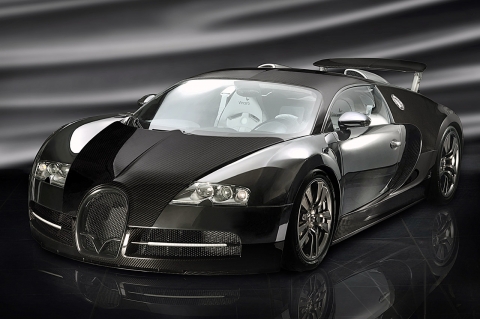 The Mansory Bugatti Veyron Linea Vincero doesn’t suit everyone’s aesthetic taste but you can’t knock the fact that the car is a performance behemouth and has truly amazing fit and finish. An enhanced cold air induction system and revised exhaust system manages to charm an additional 108 horsepower out of the 8.0-liter quad-turbocharged W16 engine. This is a power plant that was already rated at a conservative 1001 hp. New performance data isn’t available yet but rest assured that it will be better than the stock car’s top speed of 253 mph and 0-60 mph sprint time in under 2.5 seconds. 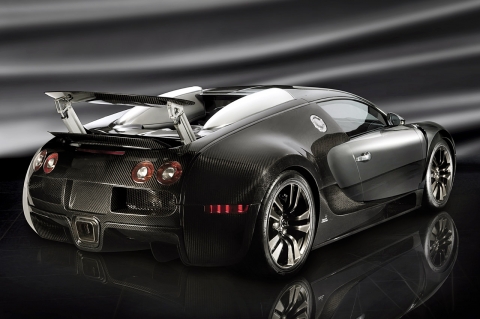 A full-on carbon-fiber body kit is incorporated into the Bugatti Veyron’s exoskeleton which provides a shorter hood, a revised front apron, new side skirts and a masterful rear diffuser. The front grill is embedded with a large “V” insignia. Daytime LED running lights and new “turbine-design” wheels round out the external mods. 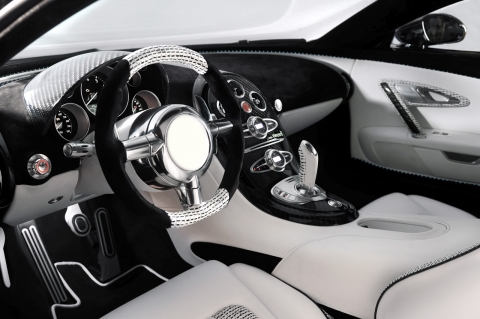 Inside, the car gets the usual extensive Mansory overhaul with plenty of carbon-fiber trim, upgraded seating surfaces and uphostery, and LED lighting installed in the seats, doors and dash. The entire interior has a black, white and chrome motif. 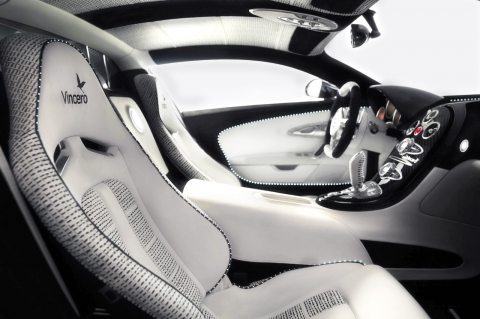 Only three of the Linea Vincero models will be available from Mansory at a cost of $985,000 in addition to the price of the underlying Bugatti Veyron. If you are interested, act fast, as there seems to be an surplus of weathy splurgers who will slap it on their Centurion Card in a heartbeat.