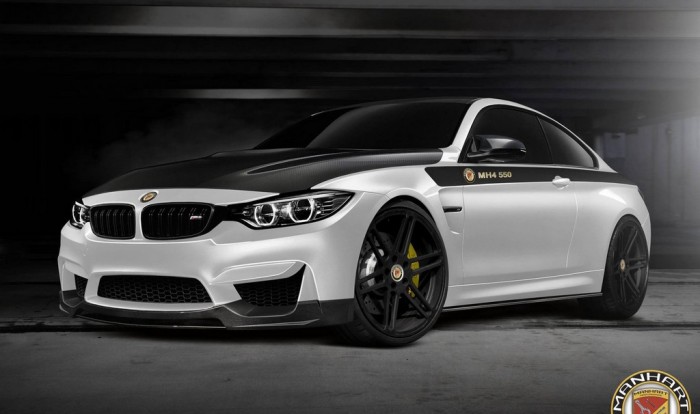 Despite adopting a new name to reflect its kinship with other BMW two-doors (and some four-doors because, you know, Germany), the M4 adheres to pretty much the same formula that the M3 coupe always did: Butched-up 3 Series coupe/4 Series styling, Ginsu-sharp chassis tuning and a rambunctious engine under the hood. Moniker adjustment aside, what did BMW and its M Division have to gain by fixing what already works? 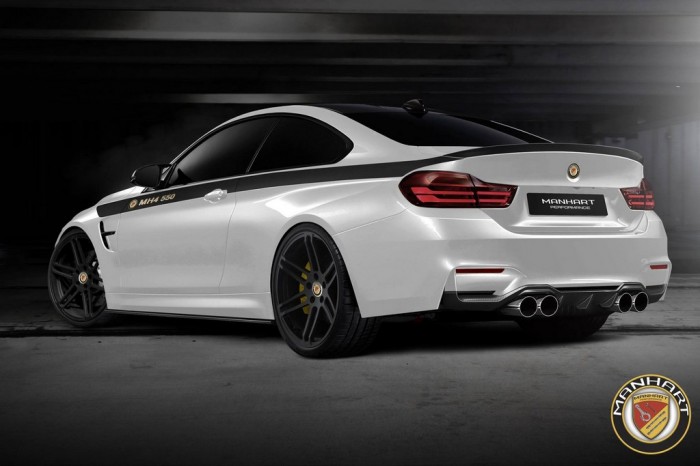 Noted BMW tuner Manhart Racing, on the other hand, has made a living of messing with the Munich marque’s creations in an unending quest to make them even more entertaining. And if these renderings of its new M4-based creation – the MH4 550 – are any indication, it’s certainly succeeded in the looks department. The unpainted carbon fiber hood, front valence, rear lip spoiler (that lines up with the side stripes) and handsome 12-spoke wheels certainly let bystanders know this is no off-the-shelf M4.

And in case they still aren’t convinced it’s no longer stock, Manhart Racing has also hopped-up the 3.0L twin-turbo inline-six to the point where it now makes at least 550 horsepower (rather than the standard 425). As for information beyond the external appearance and the power figure, the Manhart Racing folks say they’ll have more to share a few weeks from now. We’re guessing those new nuggets will be worth the wait.