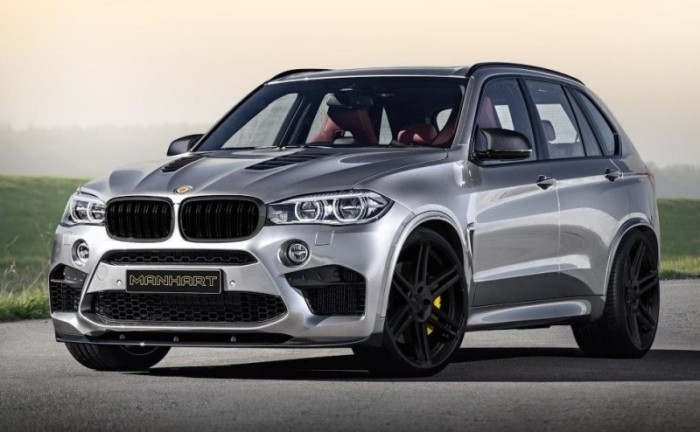 The X5 M (along with its less-useful sister, the X6 M) may be the vehicles BMW purists love to hate, but the fact remains that it performs pretty much exactly like you’d expect a modern M GmbH creation to perform. But like all stock performance cars (or SUVs, as the case may be), the new X5 M isn’t as mighty as it could be, since BMW’s lawyers and accountants had to have their say. Thankfully, there are tuners out there like Manhart Racing that exist to undo most of those killjoys’ hard work. 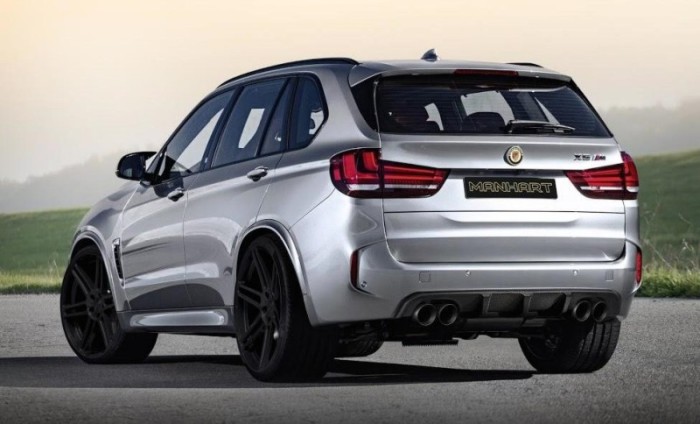 The company’s tuning package for the new X5 M, dubbed MHX5 750, features new body panels including front and rear bumpers, side skirts, hood and rear spoiler, plus a monstrous set of split-spoke wheels finished in black. And if that wasn’t enough, Manhart Racing has also gone through the big Bimmer’s 4.4L twin-turbo V8, giving it new turbochargers, improved intake and exhaust systems, and a reprogrammed ECU. Those revisions result in new output figures of 740 horsepower and more than 738 lb.-ft of torque, numbers that should have no trouble propelling this petrol-pounding pachyderm to silly speeds.