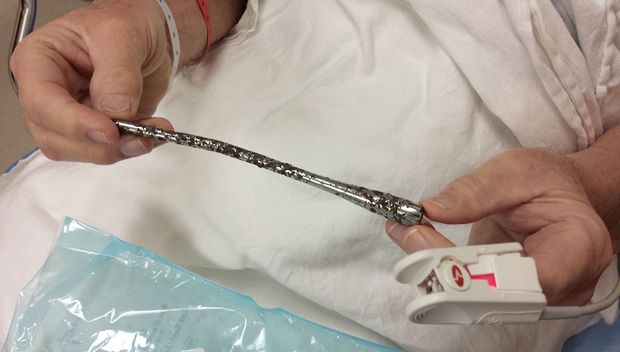 In 1963, 24-year-old Arthur Lampitt of Illinois was doing very well for himself. He was a successful real estate agent, and he parlayed part of that success into the purchase of a brand new 1963 Ford Thunderbird Coupe. But one day, on his way to showing a house to a client, Lampitt and his T-bird were involved in a head-on collision with a medium-duty truck (Based on the only picture that shows the front of it, we’re guessing it’s an International R190-series.). Incredibly, despite the Ford luxury coupe’s complete and utter lack of modern safety features, Lampitt survived with a smashed hip and not much else. 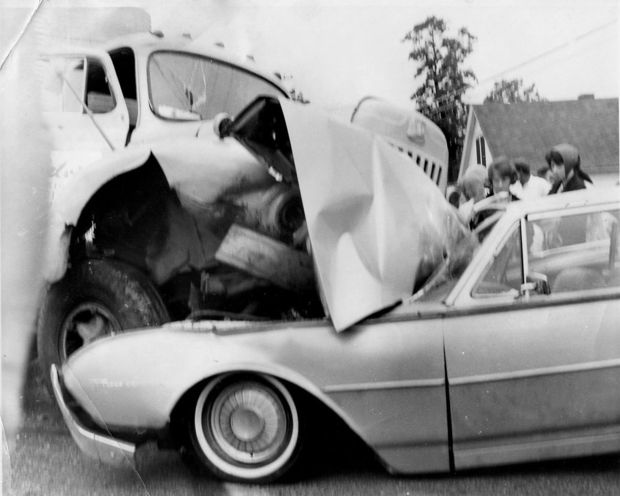 Skip ahead one wife (Betty, seen below with Arthur post-op), four sons and about 40 years and Arthur has some business to take care of at the local courthouse. After emptying his pockets and removing any jewelry he had on, he walks through the metal detector and…it goes off. An X-ray reveals a slender object about 7” in length embedded in his left forearm. Lampitt initially suspects it was a medical instrument that the surgeons that worked on him in ’63 accidentally left in him (maybe due to all the attention being focused on his hip), but because it isn’t causing him any pain (and, being a surgical tool, it would have been sterilized before being inadvertently entombed in his arm) at the time, he decided to just leave it be. 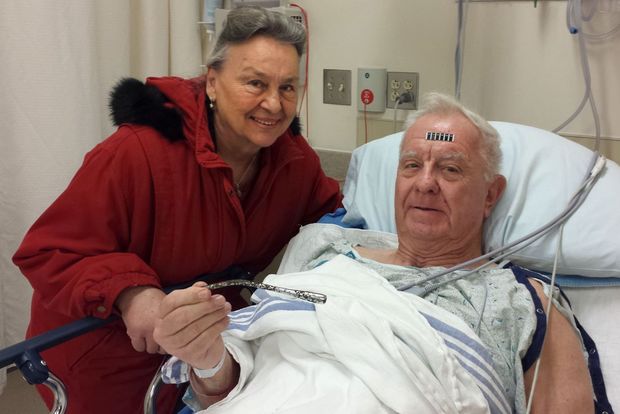 Fast forward to last month and Arthur, now aged 75, is moving concrete blocks around for a home improvement project when he starts feeling an intense pain in his left forearm. More worryingly, it’s starting to swell. Arthur manages to schedule a surgery to remove the foreign body – which has been buried in his arm for 51 years – for this past Wednesday, the morning of New Year’s Eve. But before the surgery, he decides to look through some photographs a friend took of the accident scene and his mangled ’63 Thunderbird; after studying the shots of the interior (one of which is below), he notices the turn signal stalk – which is supposed to be jutting out from the left side of the steering column – is nowhere to be seen. Not on the floor, not on the seat, not on the street…it was just…gone. 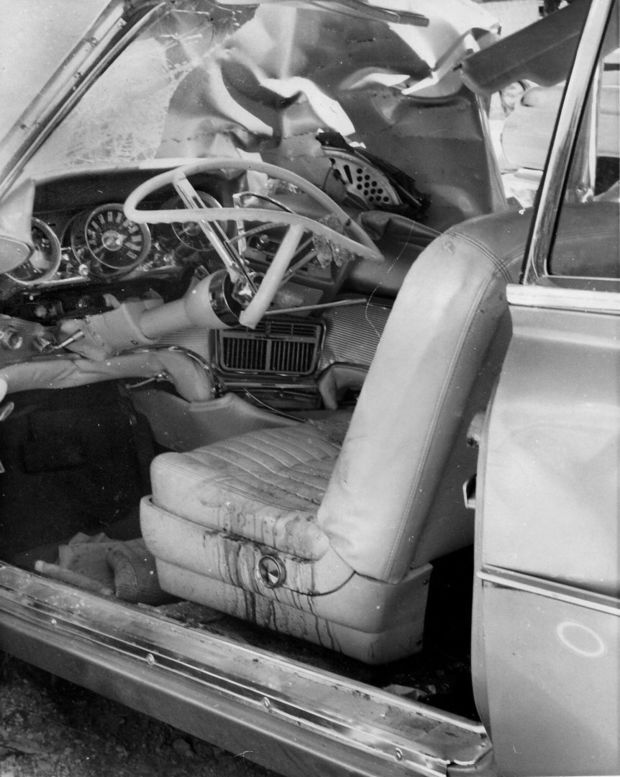 We can only imagine what the doctors and nurses tending to Arthur were thinking when they pulled the bent, corroding turn signal stalk from the protective cocoon of scar tissue which had formed around it and housed it for over half a century. The attending surgeon, Dr. Timothy Lang, says that such incidents aren’t uncommon for smaller objects like nails or pellets. But bigger objects usually cause infections right away, not stay hidden and benign for decade after decade.

Arthur says he’ll probably turn the lever into a keychain or something similar. We say whatever he chooses to do with it, it’ll make for one heck of a conversation-starter, and one of the oddest family heirlooms under the sun. 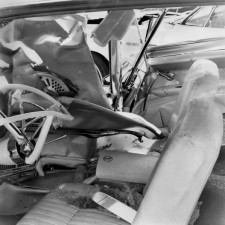 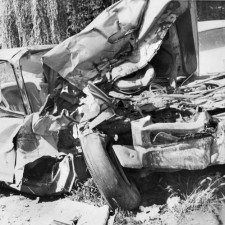