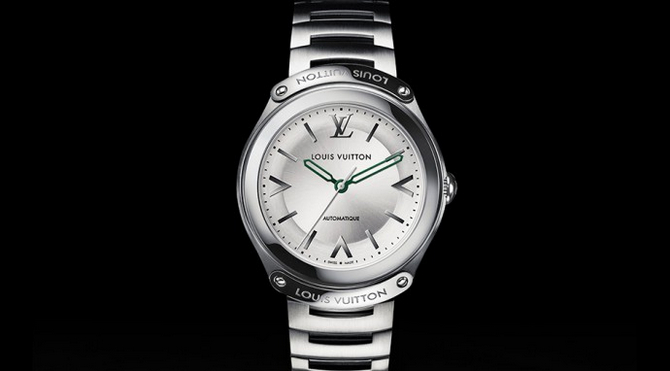 If you’re a man who has ever fancied the styling of a women’s watch (or a woman who likes the looks of a men’s watch), you’re probably wondering why there aren’t more unisex watches on the market. Well, Louis Vuitton is doing its part by introducing a new family of watches that includes one member that’s sized and hued to appeal across gender lines. 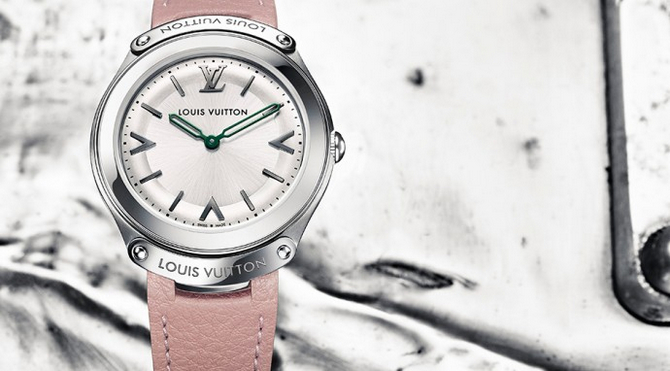 The LV Fifty Five (“LV” being the Roman numeral form of 55, as well as the initials of Louis Vuitton) range supposedly takes its inspiration from Louis Vuitton’s handsome-yet-tough metal travel trunks from the late 19th century, and each member of the trio features a polished steel case and a genuine leather band (though a multi-piece steel bracelet will also be included should you want to swap over to a more modern means of retention). The 3, 6 and 9 o’clock positions on the dial are each marked with stylized “V,” while the 12 o’clock position is labeled by the Louis Vuitton “LV” monogram. 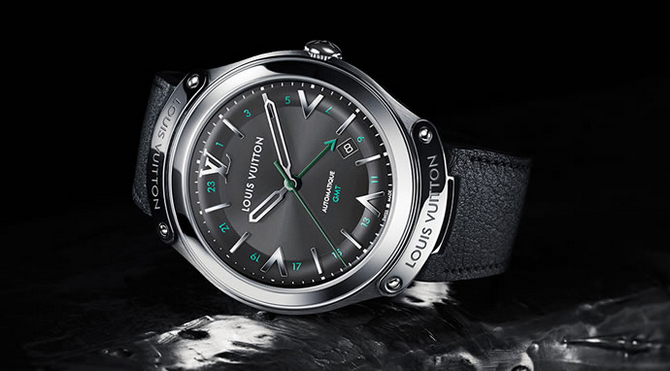 As for the differences between the three versions, they’re fairly easy to spot: The entry-level 31 mm watch is aimed at women and features a pink strap. The mid-range 36 mm is the unisex model and features a gray strap, while the top dog 41 mm unit aims to please the gentlemen with a black dial, black strap and a GMT function for its self-winding movement (The 36 mm is also self-winding.). Prices will run from about $3,200 to $5,000 when sales begin on January 8th. We recommend you mark your calendar now while it’s fresh in your mind.