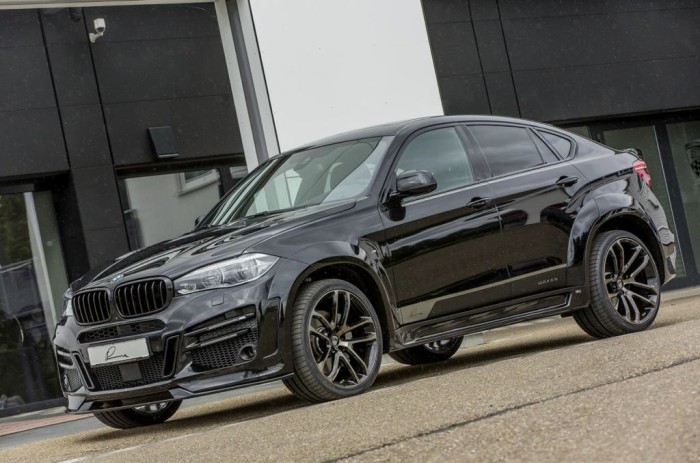 The standard version of the BMW X6 is a categorically kooky chimera of a crossover, and the M version of it (called the X6 M, surprisingly enough) is kookier still. But what if you’re in the market for an X6 that’s not quite as extreme from a performance perspective as the X6 M, yet still looks sporty and distinctive? Well, you might want to put in a call to Lumma Design. 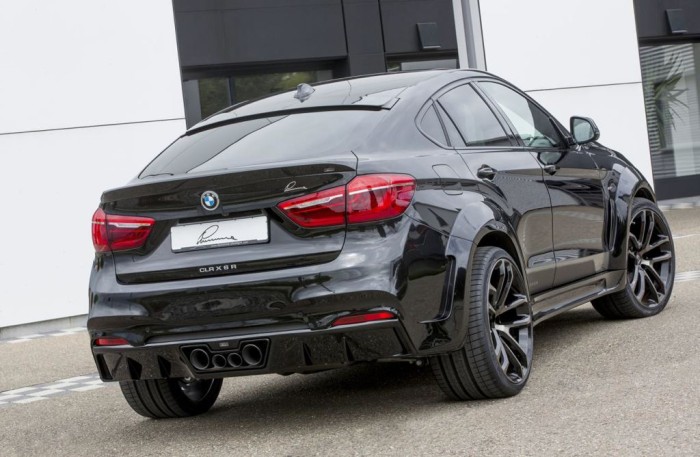 Based on the X6 xDrive50i (the most potent non-M version of the F16-chassis), the Lumma Design CLR X6R is easy to pick out of the crowd thanks to a distinctive (yet not particularly disgusting, at least in black) body kit. In addition to lending this high-riding hunchback BMWa more substantial appearance, the kit’s fender flares also facilitate the fitment of Lumma’s 22” CLR Racing wheels (10” wide in front and 12” in back). The interior also gets a makeover, with a cornucopia of colors and materials for the buyer’s choosing on offer. 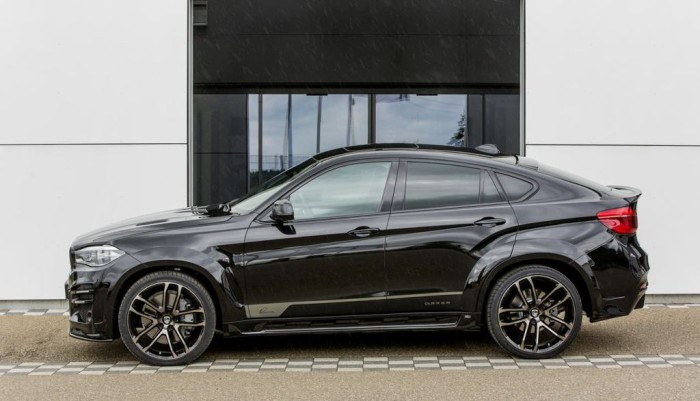 But this motorized mutant is just as much about “go” as it is “show.” Modifications to the 4.4L twin-turbo V8 (including a sport exhaust system with killer center-exit quad tips) unlock an additional 105 horsepower (for 555 total) and…well, no additional torque (480 lb.-ft). Still, that’s not way below the X6 M’s 567 horsepower and 553 lb.-ft, and most people’s butt dynos won’t be able to detect a deficit. We know ours wouldn’t, but that’s mostly down to the fact that it’s been a few years since we had it calibrated… 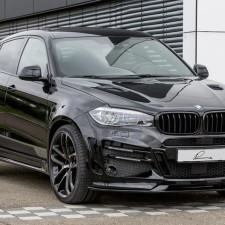 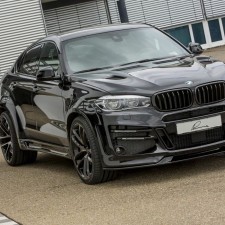 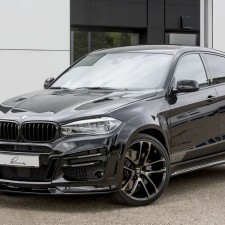 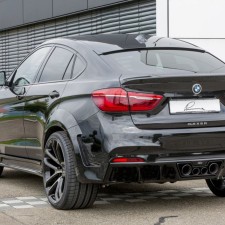 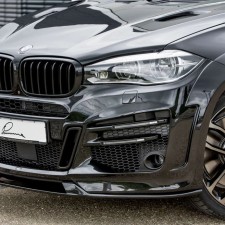 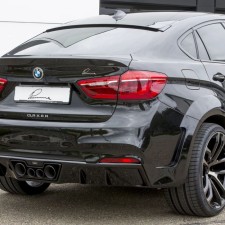 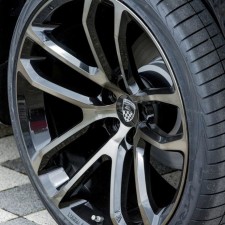