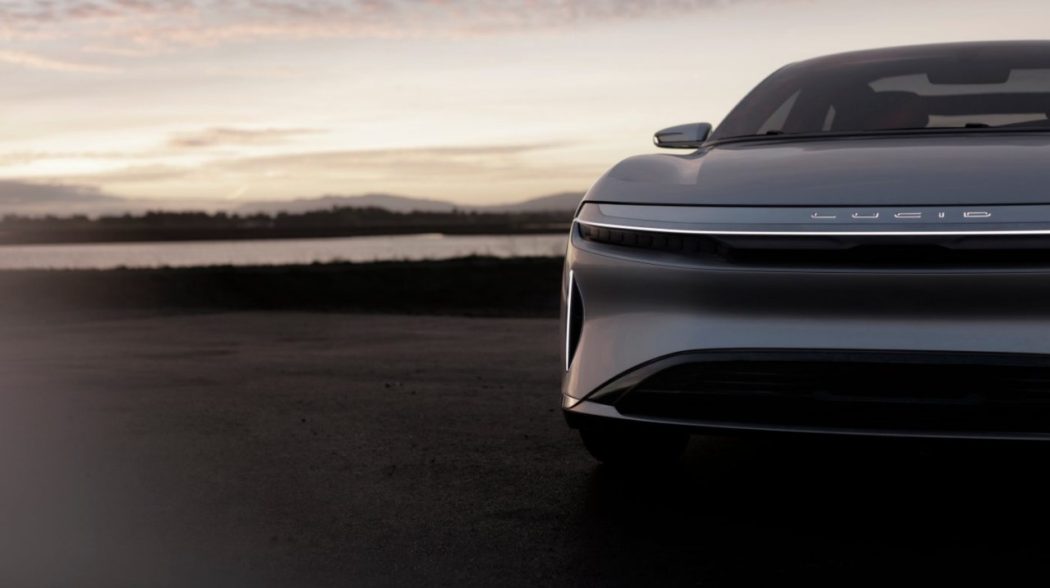 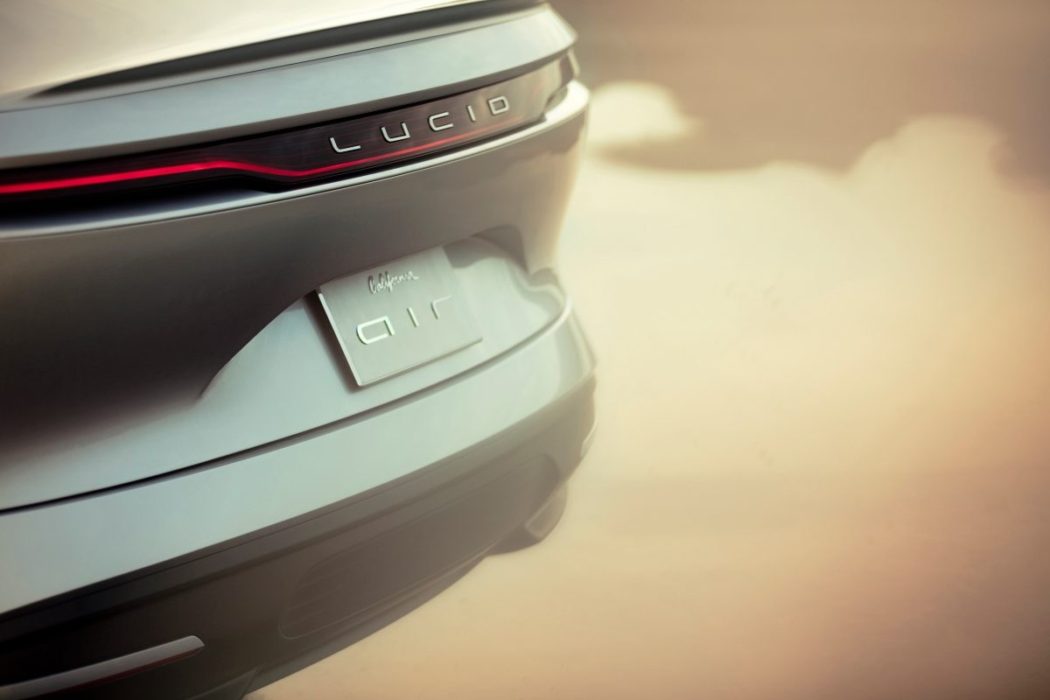 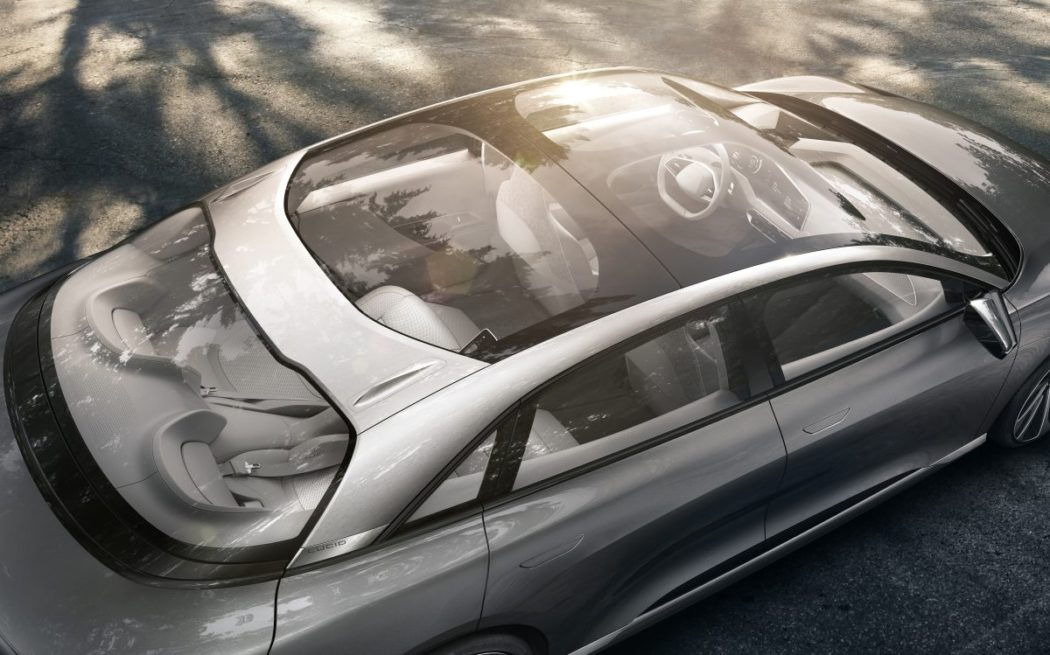 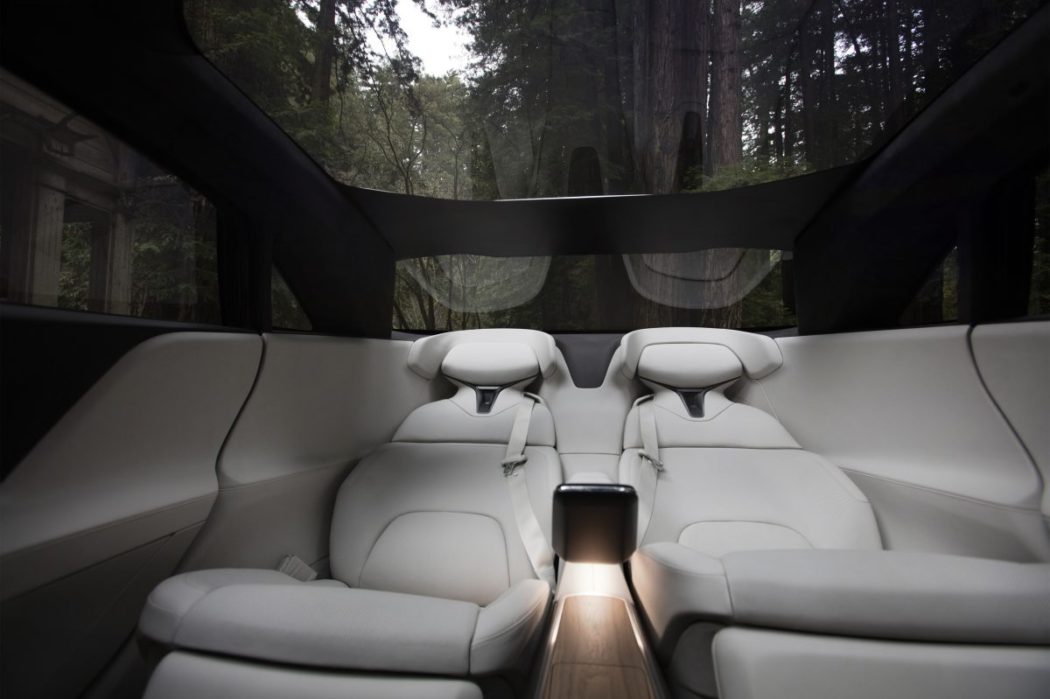 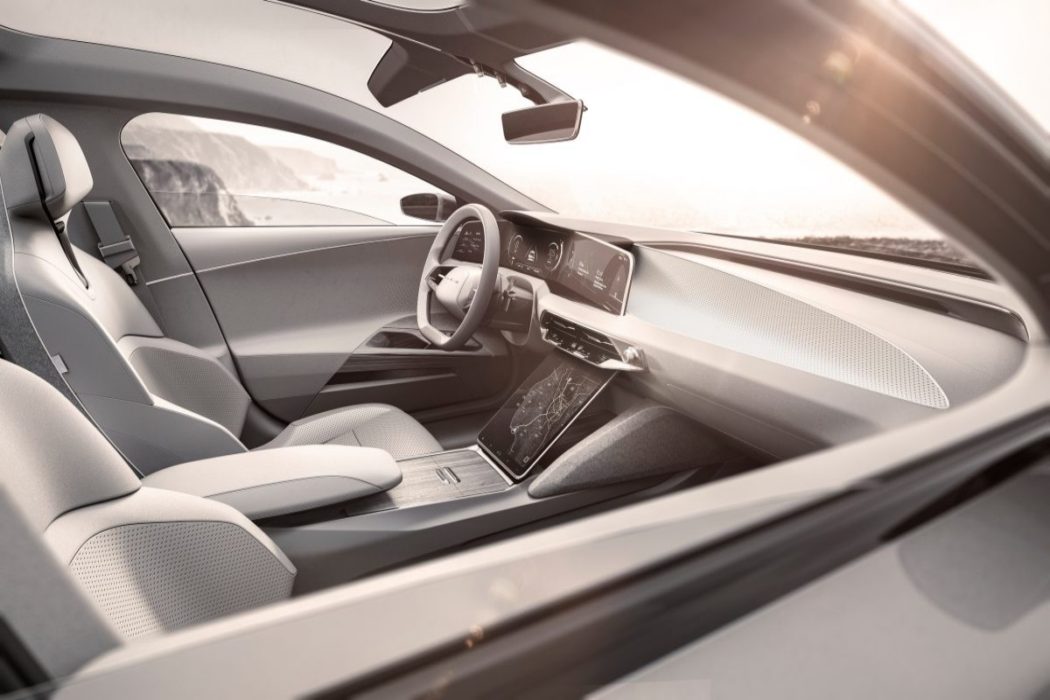 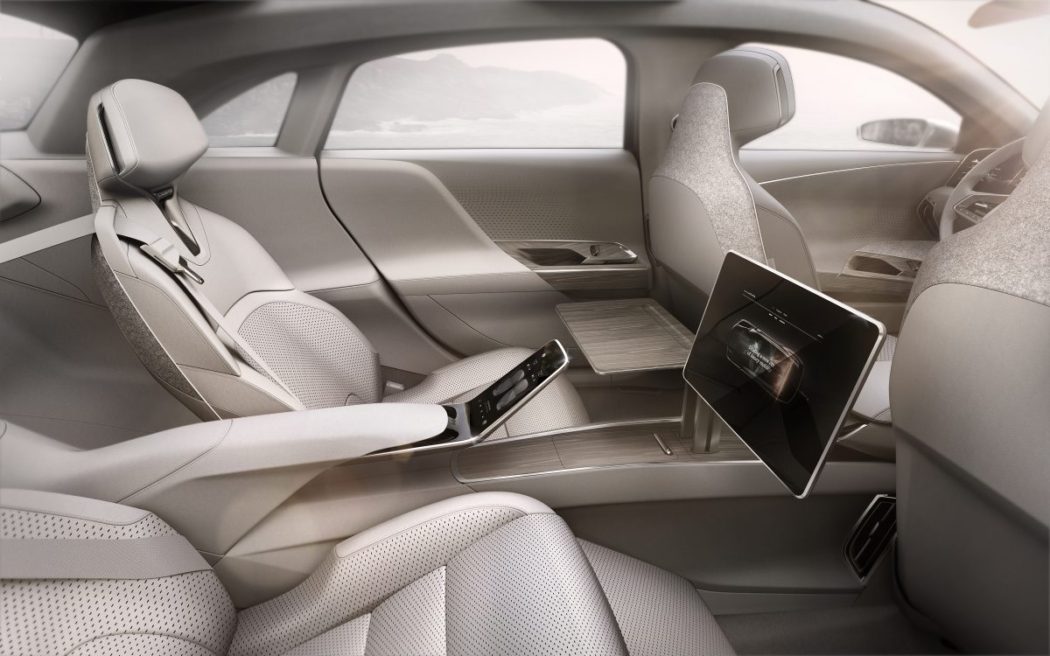 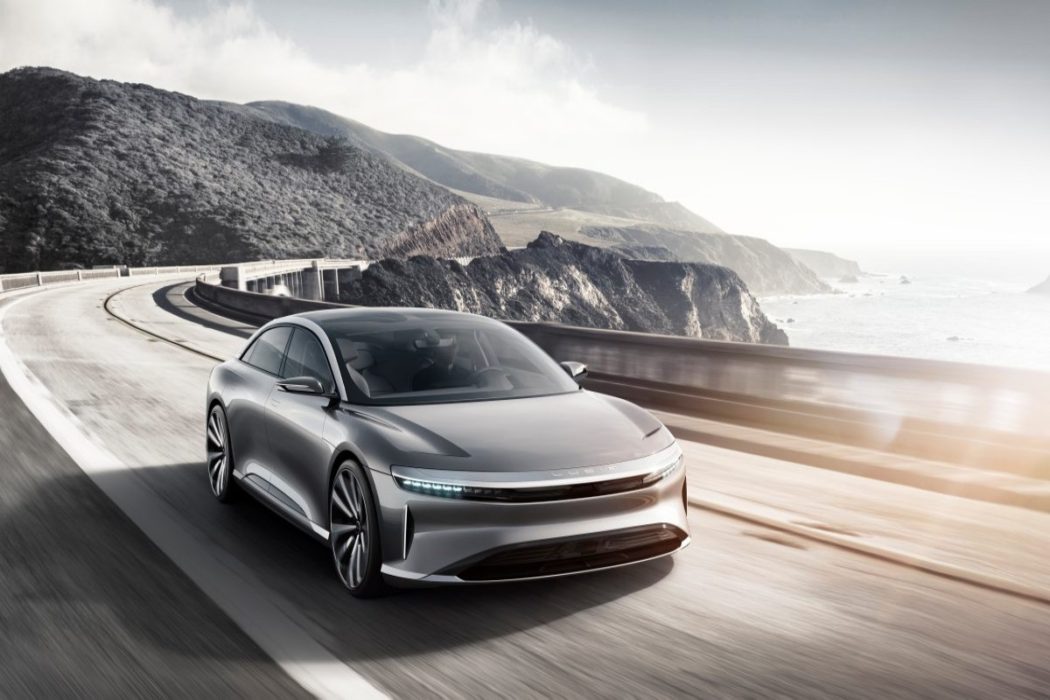 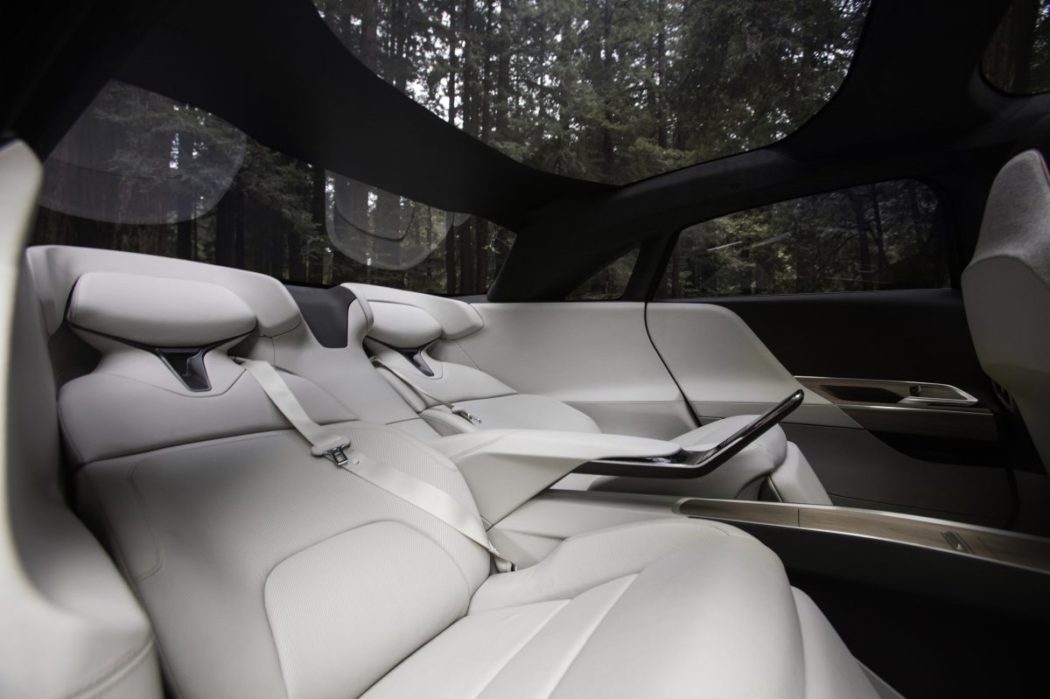 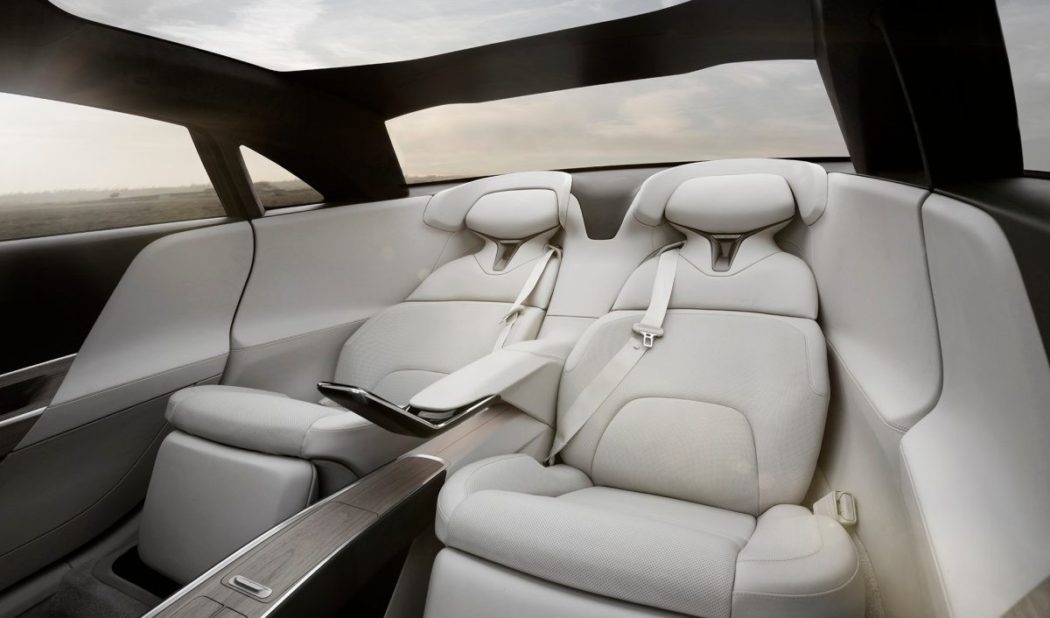 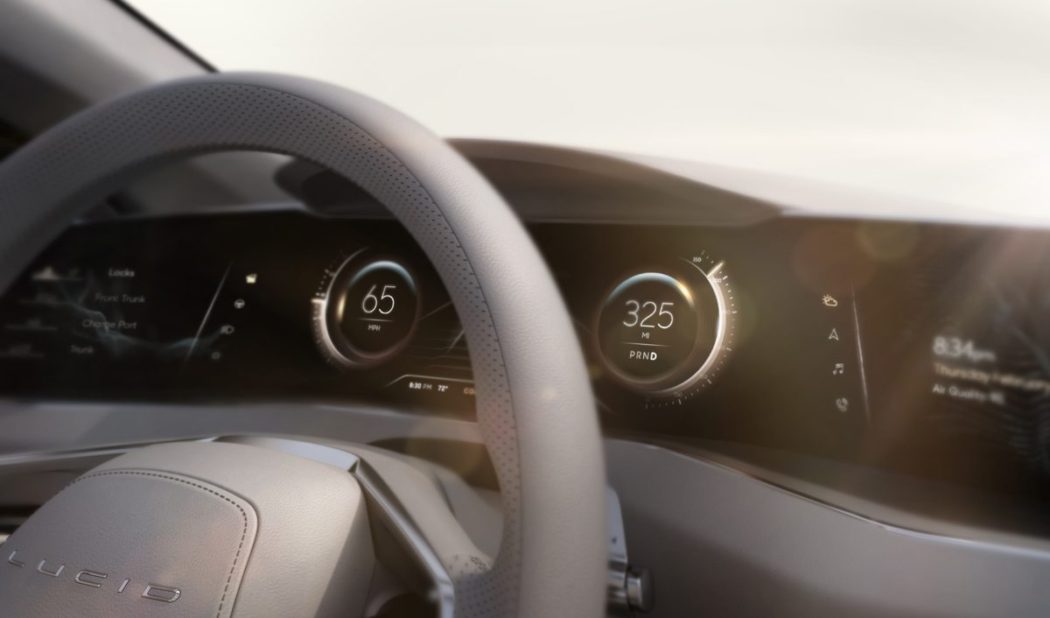 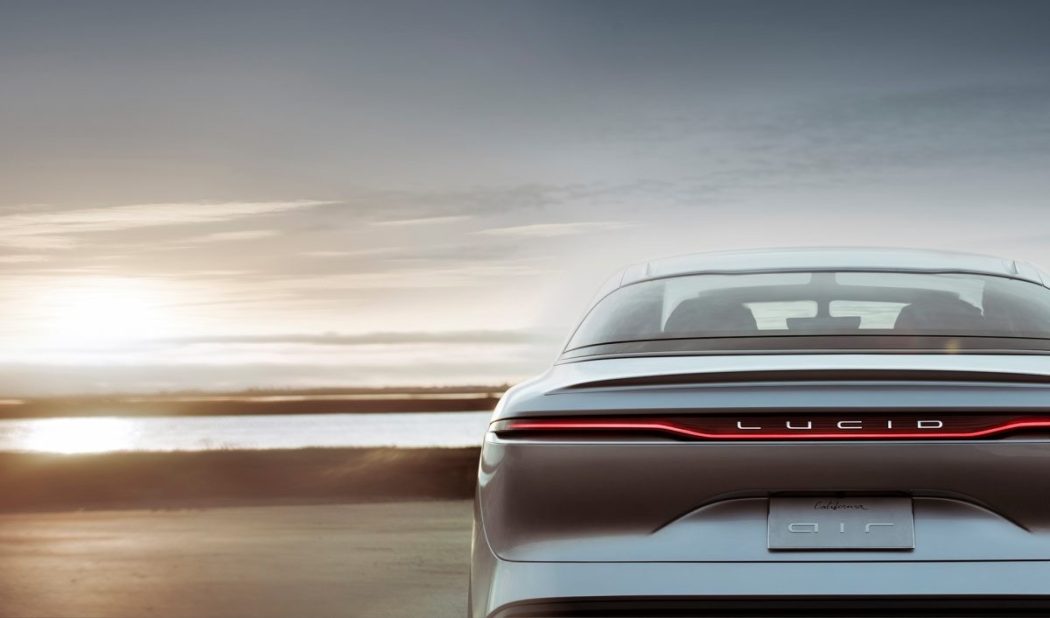 The Tesla Model S has proven, beyond just about all doubt, that large, all-electric premium sedans can be fast, sexy and, yes, even practical. The resulting buzz and impressive sales for a car company that isn’t even 15 years old is, not surprisingly, inspiring other automakers to create cars that follow a similar formula. One of which is fellow EV startup Lucid Motors (formerly known as Atieva), who has revealed its oil-less luxobarge, the Air.

Though maybe not as sleek as the Model S, the Air is still a stunner, with a futuristic face featuring hideaway multi-element headlights, a nearly all-glass roof, and a wraparound rear window, as well as a noticeable cab-forward physique that’s made possible by the lack of a bulky internal combustion engine in front. Speaking of the cab, it looks considerably more lavish than that of the Tesla, which is often criticized for having bland looks and fit-and-finish unworthy of a high-five- or low-six-figure ride. The Air has large, tablet-like touchscreens for the front and rear seat areas, and those rear seats can be ordered as individually adjustable buckets that can slide and recline to your heart’s (or at least your spine’s) content, though a three-across bench will also be available.

As for power, Lucid’s first sermon quotes yet another passage from the Book of Elon by using separate motors for the front and rear axles; however, Lucid says the Air will deliver a nice, round 1,000 horsepower, which should lead to 0-60 mph times in a P100D-threatening 2.5 seconds. The first run of Airs (set to begin delivery to customers in late 2018) will feature a 100 kWh battery pack, which should provide about 300 miles of range, while a planned 130 kWh pack should boost range to an incredible 400 miles on a charge. And with a host of cameras and sensors aimed at providing semi-autonomous capability equal to or better than that of Tesla’s Autopilot, not all of those 400 miles will require your full and undivided attention. Granted, Lucid Motors still has a lot of hurdles to clear, but we definitely want to see this venture cross the finish line.