Louis Vuitton Escale Worldtime “The World is a Dancefloor” is Groovalicious 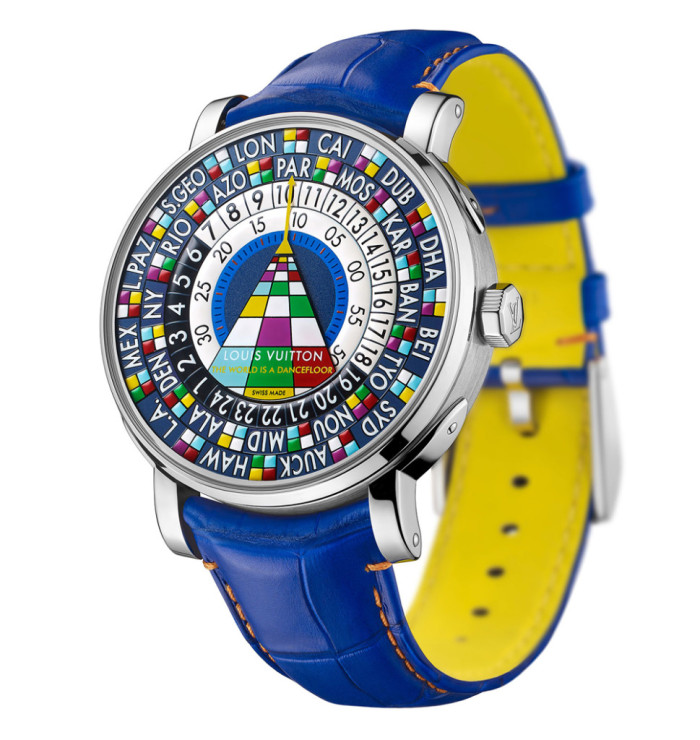 It seems that watches capable of telling you what time it is in various parts of the world are, generally speaking, serious timepieces bought by serious people who do a lot of traveling for business. However, we’re pretty sure there are some independently-wealthy folks out there who would buy such a watch to support their globe-trotting-party-animal lifestyle. It is for these people that Louis Vuitton created the one-of-one version of its Escale Worldtime you see here. Dubbed the Louis Vuitton Escale Worldtime “The World is a Dancefloor,” this custom watch features a hand-painted multicolor disco floor motif on the area beneath the stationary hand around which the hour and minute discs rotate, and in each of the little squares made up of four even littler squares next to the 24 shorthand versions of the names of major cities or regions in each of the earth’s time zones. A self-winding Le Fabrique du Temps movement runs this mini-machine, and it’s adjusted via the crown on the right side of the 41mm case. 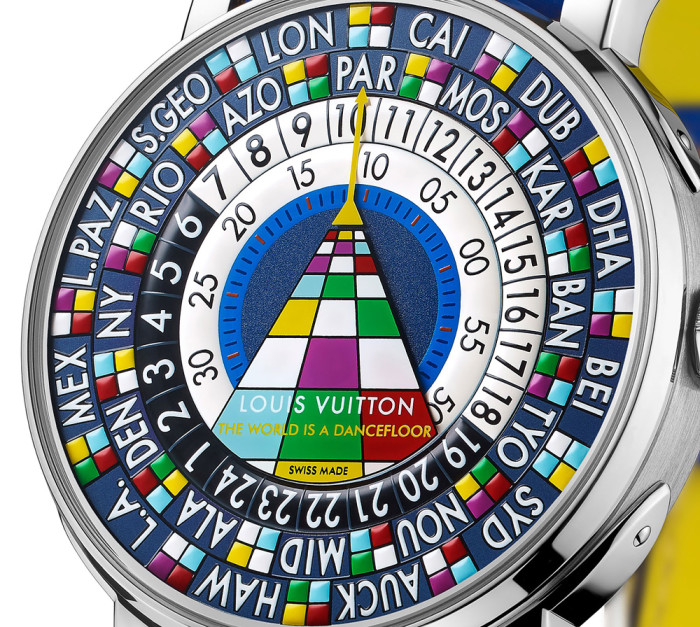 As alluded to earlier, this piece (and the matching box in which it is stored) is strictly a one-off, and identified as such on the back of the case. The cost, you ask? Well, that depends on how many other people want it: This watch will be one of the 44 timepieces to be auctioned off at Only Watch in Geneva on November 7th. Only Watch, you see, is a charity watch auction held every other year that benefits research into a cure for Duchenne muscular dystrophy. So while you might end up shelling out a mammoth amount of money for this thing, at least it will be for a good cause. 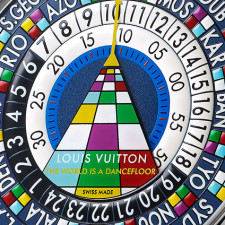 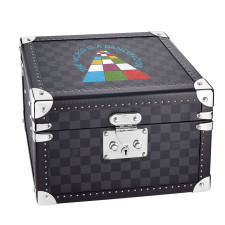