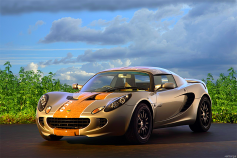 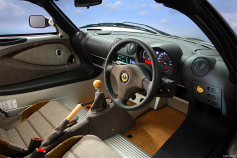 Even though Lotus vehicles are notorious for their low weight and high output 4 cylinder engines, they have taken things even further with the Eco Elise. Based on the Elise S platform, the Eco version sheds 70 pounds, almost 35 from the wheels alone. The same 134 bhp 1.8L engine from Toyota is used which gives the Elise even greater fuel economy.

In addition to dropping weight, this version uses hemp and sisal in body paneling, seat fabrics and the carpet. A new green shift light will assist drivers, under normal circumstances, to maximize their fuel consumption. And as a final solute to the green movement, the car comes complete with solar panels on the hard top roof.

The price and availability are unknowns at this point as the Eco Elise, first presented at the British Auto Show, is still just a prototype.