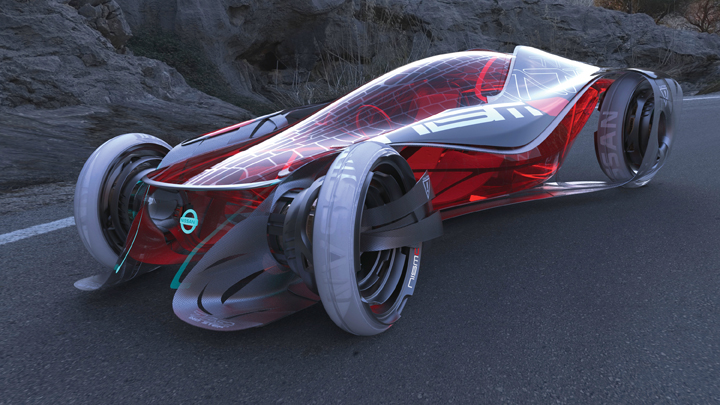 With all the talk of tighter Corporate Average Fuel Economy (CAFE) requirements lately (35.5 miles-per-gallon in 2016, and some legislators calling for 60 mpg nine years after that), a lot of us gearheads are understandably worried about the future. However, forcing automakers to devise substantially more efficient new cars might not be all bad news; to make such quantum leaps in fuel economy, cars will have to be noticeably lighter than they are now, because clean diesels, hybrid systems and the like won’t be enough by themselves. And in addition to increased efficiency, less mass also means better acceleration, braking and handling.

Against this backdrop, the people behind the Los Angeles Auto Show’s annual Design Challenge drafted the rules for this year’s contest thusly: Create a four-passenger vehicle weighing 1,000 lb. or less that is comfortable, safe, and delivers satisfactory performance and looks. When all was said and done, nine concepts from seven automakers (Daimler created one for each of its three passenger car brands) were submitted and, if you ask us, they’re all significantly less depressing than other people’s visions of our automotive future. But don’t take our word for it; make the jump and judge for yourselves. 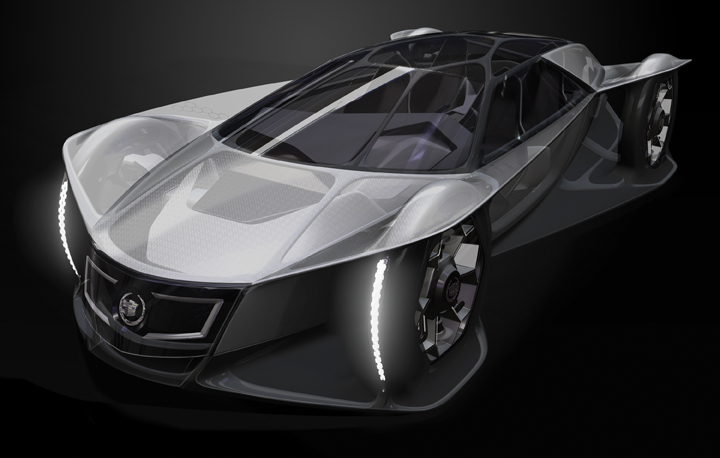 With a name that combines the words “aero” and “era,” GM’s entry is a low-slung 2+2 coupe with a claimed range of 1,000 miles. How does it manage such an outrageous figure? The Cadillac Aera uses a lightweight lattice structure inspired by forms found in nature (including clusters of bubbles), and is covered by a flexible polymer skin rather than hard body panels. Power comes from compressed air. 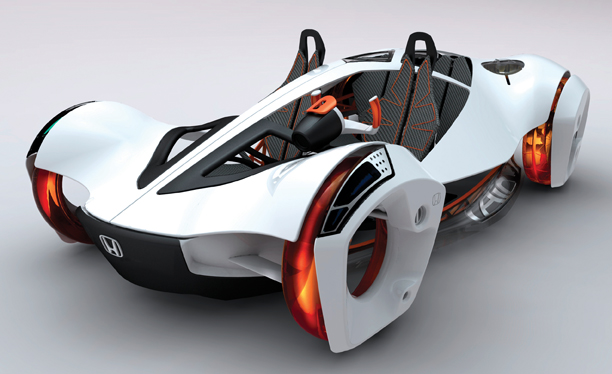 As its (rather humdrum) name suggests, Honda’s entry also harnesses compressed air for propulsion. The 800 lb.(!)vehicle also utilizes “turbo vacuums” and the flow of air while in motion to help re-pressurize the system, extending range by as much as 100 miles. The styling, meanwhile, takes inspiration from modern roller coasters, and the whole package rides on a quartet of hubless urethane wheels. 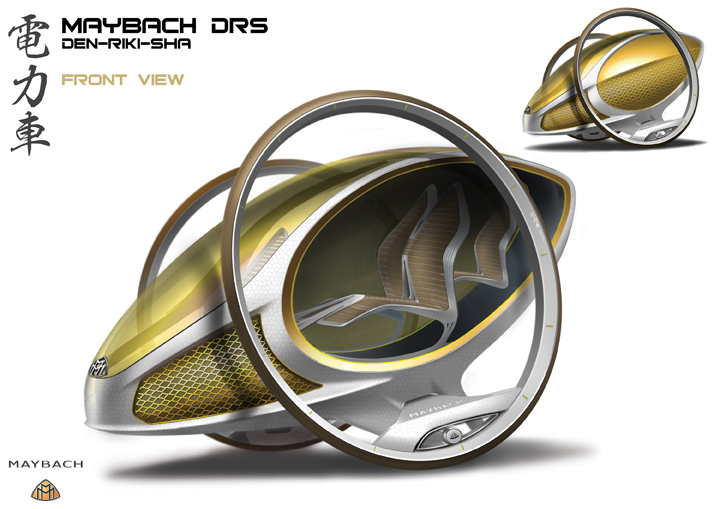 In what’s perhaps the biggest departure from what any entrant currently builds, Maybach has devised this two-wheeled pod whose name is short hand for “Den-Riki-Sha” (electric powered rickshaw). But the design isn’t the most outrageous element of this machine, which is a product of Mercedes-Benz’s Tokyo studio; no, that honor goes to the way it would be manufactured. You see, the DRS would be a naturally manufactured vehicle (NMV), whereby a small number of these things would be “grown” in a cocoon using a series of modified organic processes. Think Cinderella’s pumpkin carriage…only freakier. 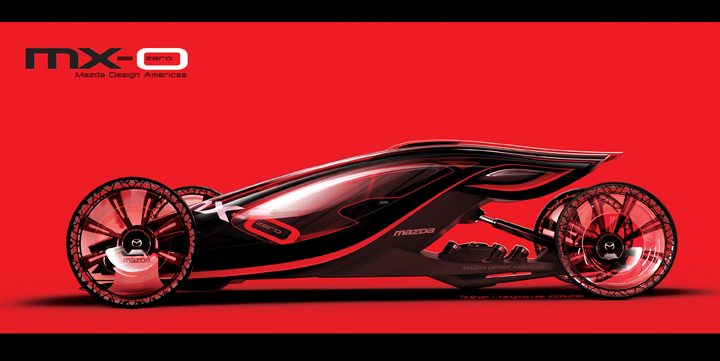 Given Mazda’s commitment to driving enjoyment, it should come as no surprise that its submission places equal emphasis on fun and efficiency. The open-wheeled MX-0 would utilize sustainable composite materials in its construction, and these materials would also be affordable thanks to an automated manufacturing process. Combine this lightweight skeleton with high-torque electric motors to move it along and you have a car with a spectacular power-to-weight ratio. 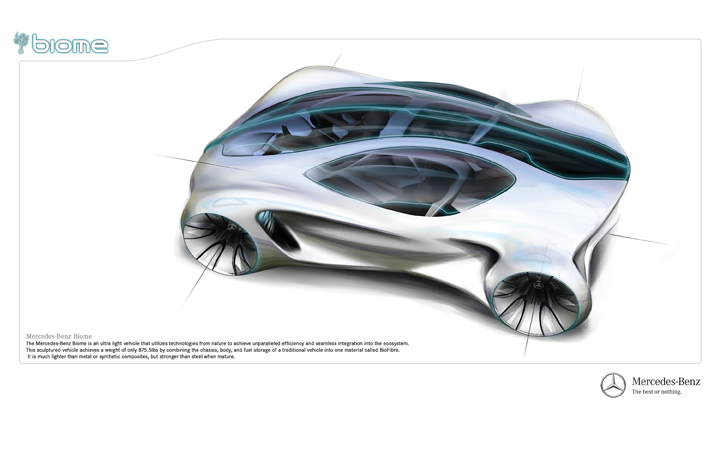 In case Maybach’s effort doesn’t do enough to blur the line between living thing and machine, parent marque Mercedes-Benz created the curvaceous Biome. Rather than utilizing batteries or an air tank, the Biome stores its energy in its structure, which is made from a material called BioFibre. The vehicle absorbs energy from the sun via a liquid called BioNectar4534. Lastly, the whole vehicle would literally be grown from DNA contained in the Three-Pointed Star badge on the nose, and at the end of its life, the Biome can be reused as compost or building material. About the only thing Mercedes-Benz hasn’t confirmed is whether or not it’s safe to eat in case you get stranded in the middle of nowhere. Mmmm…veggie car… 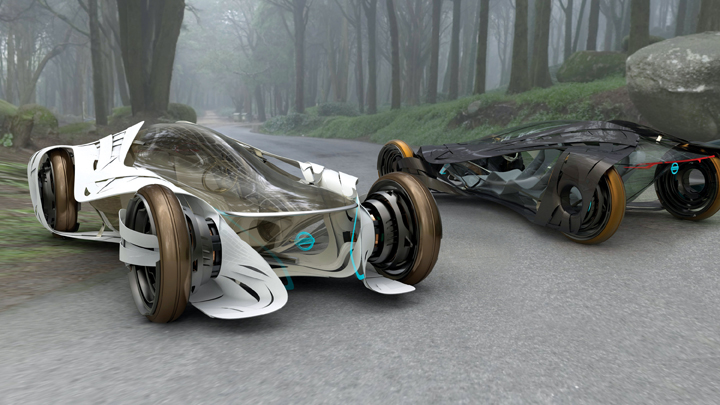 In keeping with the trend of this year’s entrants, Nissan has also decided to hire Mother Nature as a consultant with its vehicle’s structure. The resultant machine – the iV – features a structure derived from a fast-growing ivy (hence the name) and a spider silk composite. The cockpit is enclosed by a canopy made from a superlight photovoltaic material that sends current to the supercapacitors providing power. They, in turn, spin a set of patented concentric hubless wheels that, thanks to magnetic levitation, also provide steering and ride cushioning. 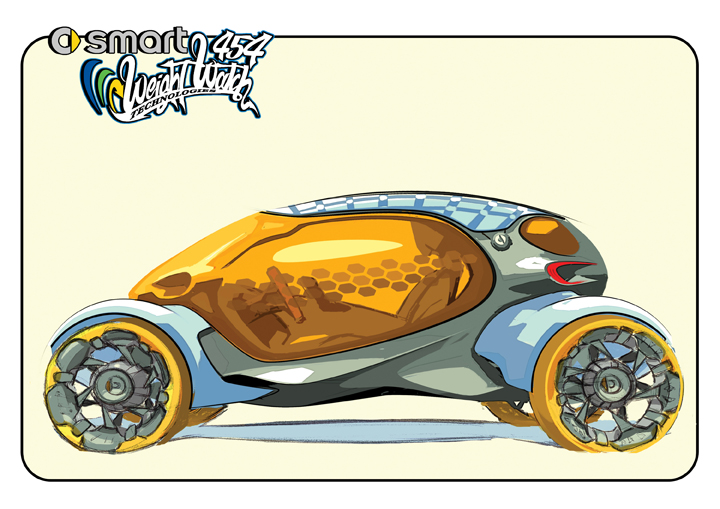 As Daimler AG’s lowest-priced and most cheeky brand, it should come as no surprise that Smart has come up with a concept that is cute and colorful, both in how it looks and how it’s made. Called the 454 WWT (“454” for the weight in kilograms, which is about 1,000 lb., and WWT, which stands for “Weight Watch Technologies”), this little number features a carbon fiber safety cell that is literally knit by “Smart Granny Robots.” The windows and bodywork have their color molded in, and the wheels – which are also carbon fiber – feature integral suspension.

Yet another plant-based whip, the monocoque of the NORI from Toyota combines a bioplastic made from nori (the Japanese word for “seaweed”) with carbon fiber. Solar cells are also woven into the combined vehicle structure (which Toyota calls “PODULAR”) to help charge the removable battery pack that drive the four in-wheel electric motors. Bored with the exterior color or texture? It can be changed electronically on the fly. 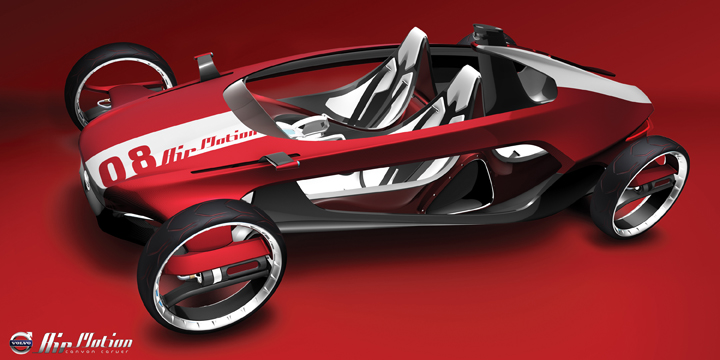 For decades, Volvo designed cars using only a ruler, or at least it seemed that way. For the last 10 years or so, though, they seem to have gotten a lot more adventurous, and the Air Motion – the Swedish firm’s entry in this competition – is no exception. The curvaceous, open top carbon fiber shell rests on four narrow, exposed wheels. As its name suggests, the Air Motion is pneumatically powered, topping off at filling stations that also harness the power of air via wind turbines floating 1,000 ft overhead that provide electricity to run compressors on the ground. Maybe the answer really is blowin’ in the wind.