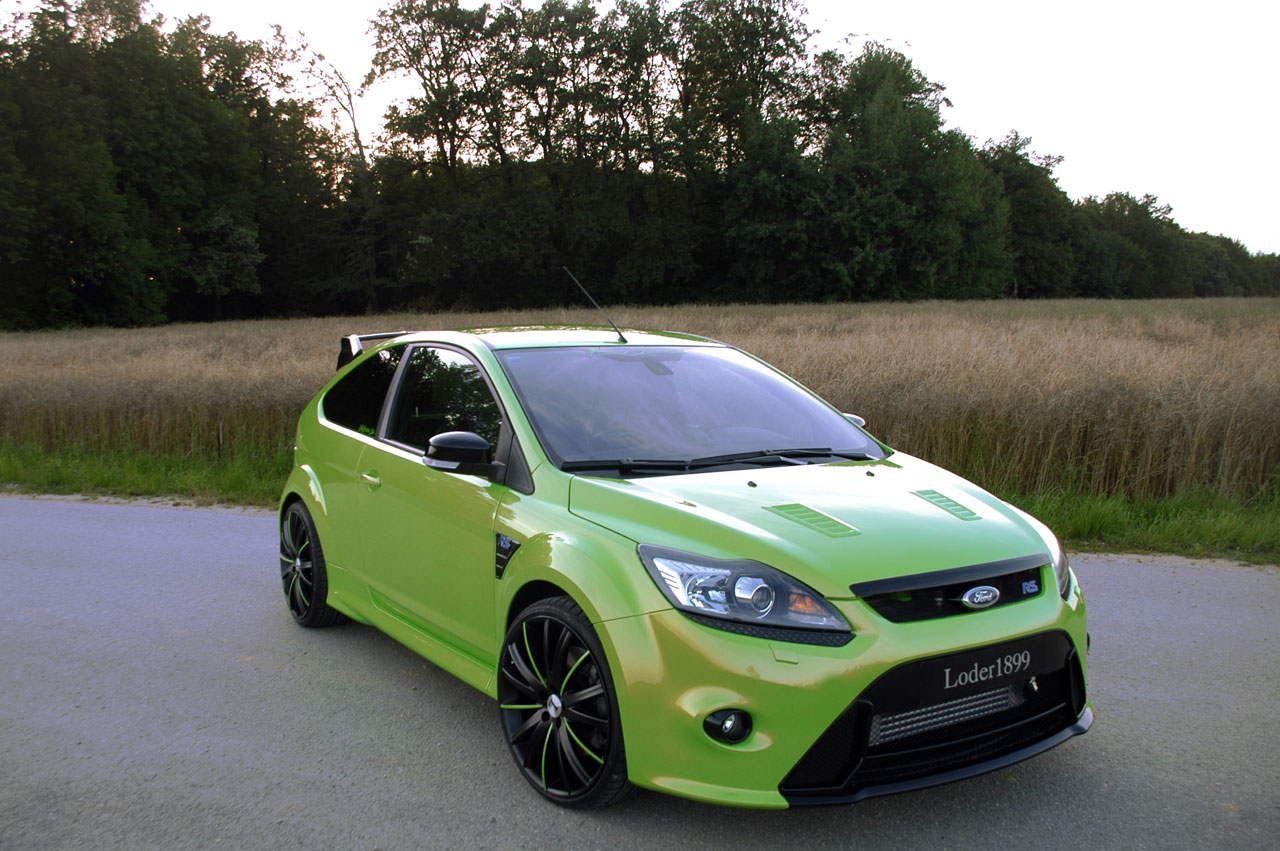 The new Ford Focus RS is turning into the FWD version of the GTR, as far as P.R. goes. It’s all over the internet, in magazines and on the airwaves. Everyone is touting its handling and speed. You’d think folks in the U.S. wouldn’t care, since we can’t get it. Wrong. People are practically drooling through over their keyboards. We’ll get a mop. German tuning-haus Loder1899 has taken the new Focus and begun to unlock its potential, with good success. Great, now we’ll want it even more.

The parts list is short, but it’s sweet. The engine is a 2.5 L inline-5 turbo, highly underrated in my opinion. After adding a drop-in air filter, new engine management software, a new stainless Y-pipe, and Loder1899’s own cat-back exhaust, a gain of 45 horsepower resulted. This takes the Ford Focus RS up to 345hp. No new torque figures are available, but I’m sure it’s more than the stock 325 ft-lb. And just like that you have more power than a 335i, STI, or EVO. Uh oh. Another highlight is the sound, which is fantastic. It’s like a boxter engine, but tighter. Think R32-meets-WRX. 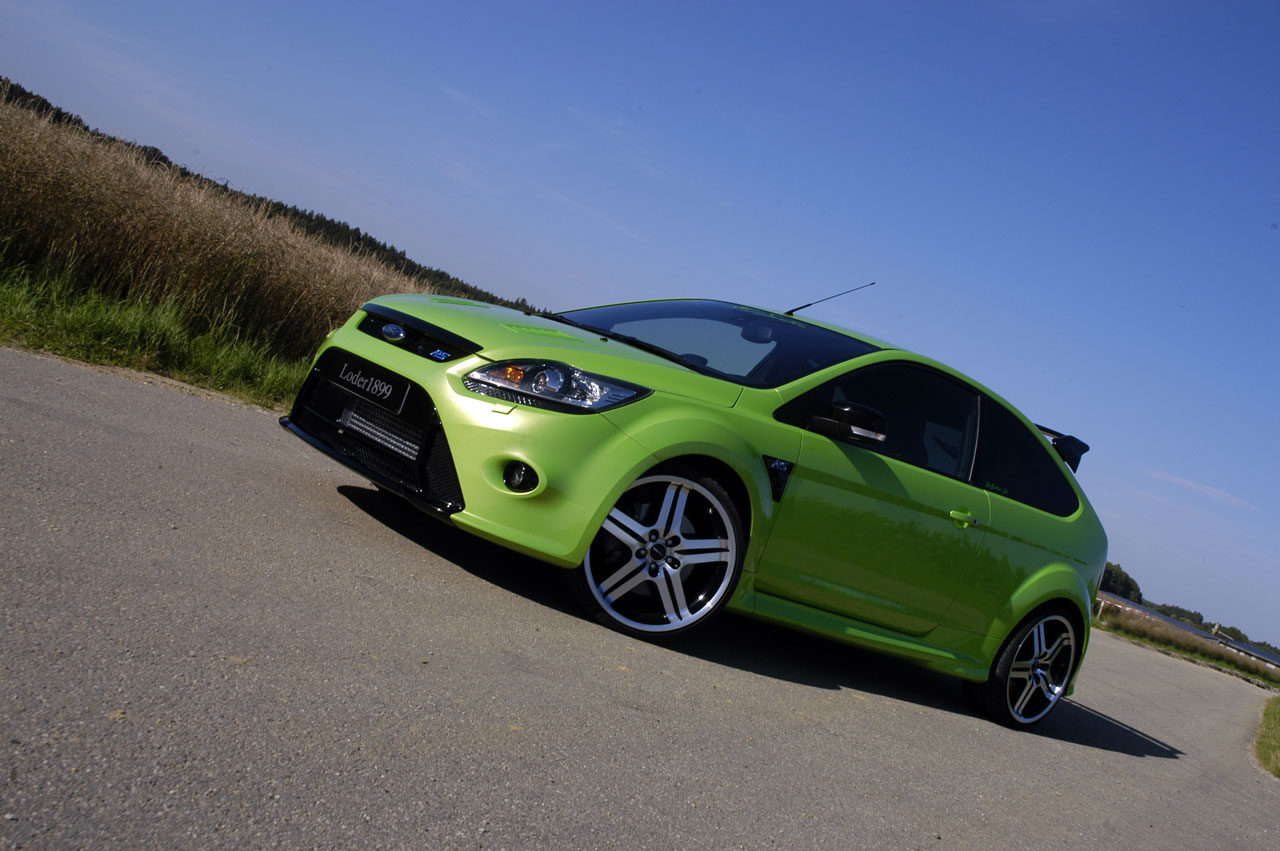 New suspension lowers the car 35mm, and Loder1899 offers 3 different custom wheels for you to choose from. Their show car’s wheels had a pinstripe that matches the RS’s stock “catchmeifyoucan” Green, but I would un-check that particular box. Its green enough. 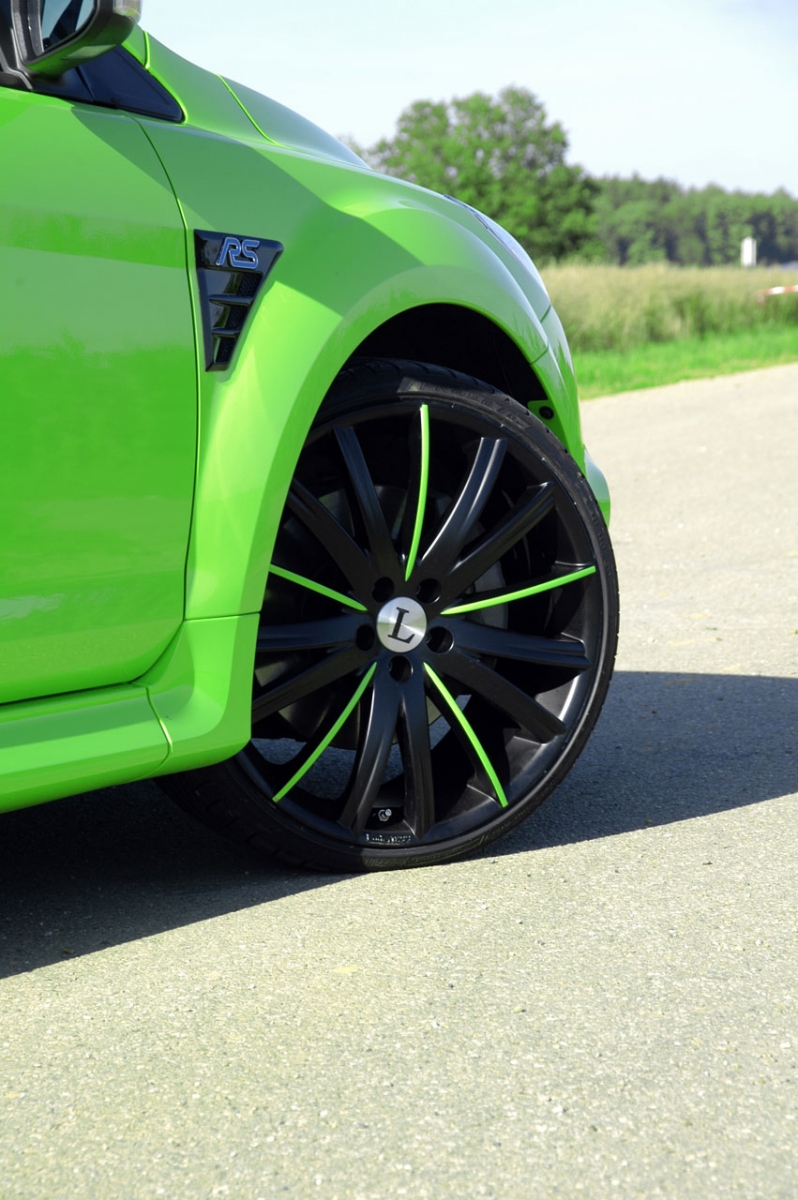 And done. That’s it: filter, exhaust, suspension, wheels. But simple mods on a great car yield great results. It just needed a little more flow and a better stance. I think that’s what new mod-inclined owners would do to their own cars. 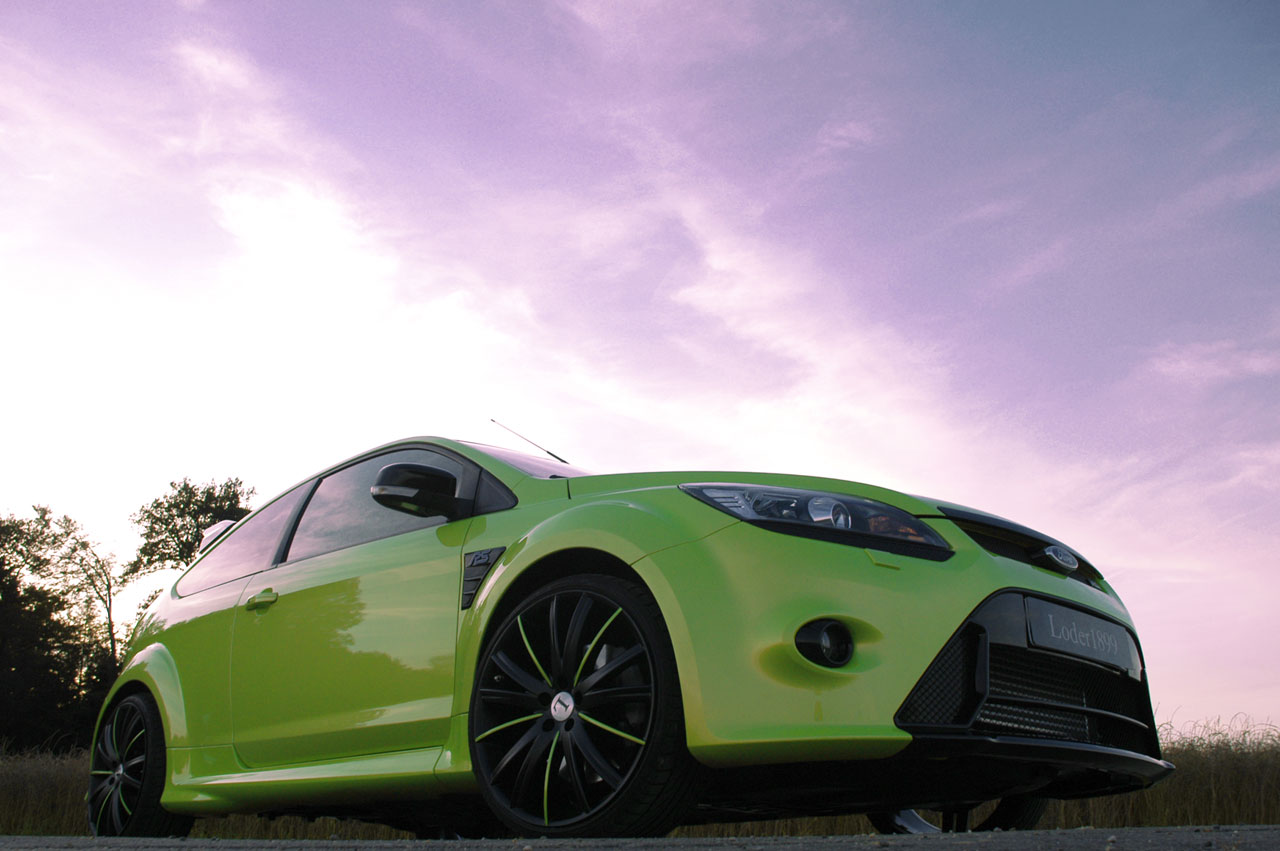 But here’s the problem… The price doesn’t justify the parts list. The whole kit, with wheels and tires, will cost you just shy of €8000. Hell, the exhaust alone is €2400. That’s a lot of hay for only 45 horses from a Volvo engine. Hopefully, this is just because Loder1899 had first crack, and the price will drop when other tuners get on board. 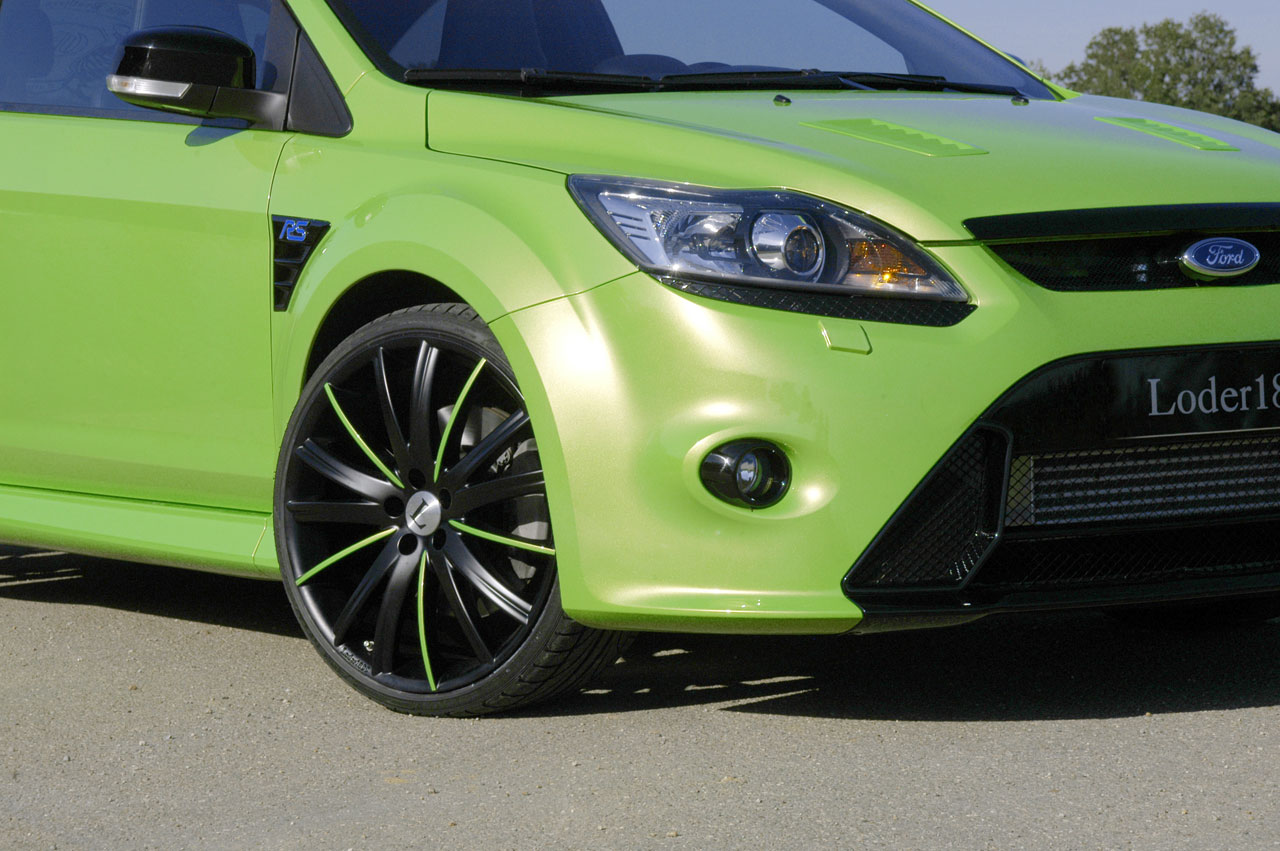 I now understand the hype. This car not only has more standard horsepower than any FWD hatchback I can remember, it has amazing potential to be a serious speed demon. The Loder1899 Ford Focus RS could actually give STIs and EVOs a decent run on a highway blast.