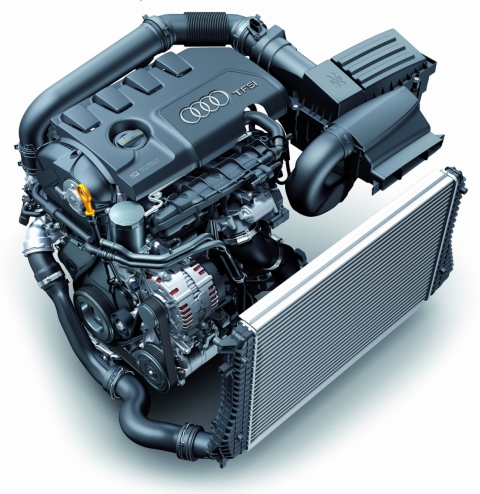 AutoWorld went through the list of every car from every manufacturer operating in North America to find the very best engines, with this year’s focus on energy efficiency and performance. Ward’s stipulates that to be eligible for their competition vehicles must cost less than $54k and be available as a standard option by the first quarter of 2010. The official 10 Best Engines awards will be presented at the Detroit Auto Show on January 13th.

Some of the winners are surprising while others were almost no-brainers. Speaking of the later, the two hybrid motors on the list – the 1.8-liter powerplant from the Toyota Prius and the 2.5-liter from the Ford Fusion – have been widely touted and recognized for their engineering marvels for many months. It was nice to see two turbo-diesel engines make appearances, with powerplants from both the BMW 335d and Jetta TDI in full effect.

There was also a plethora of turbocharged and supercharged engines chosen as winners including the turbo 2.0L I-4 from the Audi A4, supercharged 3.0L V6 from the Audi S4, Ecoboost turbocharged V6 from the Ford Taurus SHO and turbo 2.5L from the Subaru Legacy 2.5GT. In fact, the only naturally aspirated, non-hybrid engines were found on the Chevy Equinox with it’s 2.4L Ecotec I-4 and the Hyundai Genesis with it’s 4.6L Tau V8.

It was interesting to see that Honda – a company known for innovative, efficient and ultra-reliable engines – was glaringly absent from the Top 10 Best Engines. The other trend to note was the over-weighting of smaller 4 and 6-cylinder engines, with Hyundai’s first attempt at a V8 the only big boy on the list. But with most of the larger engines reserved for luxury sports cars costing way over the $54,000 limit, I guess it makes sense… In any case, we would love to see a no-holds barred rundown with supercars and exotic hybrids included. Now that would be something! (Hmm, I think we may have to come up with our own list…)