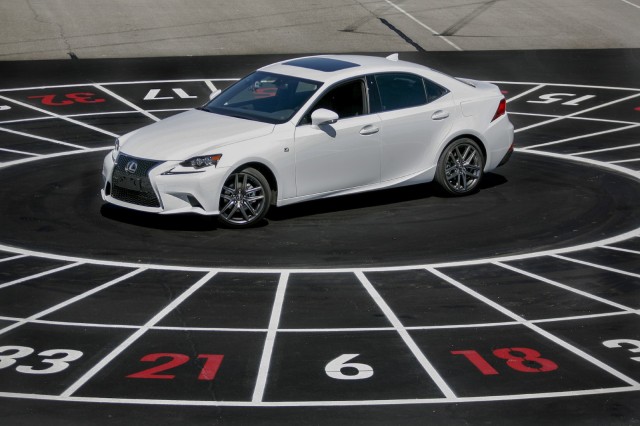 Lexusfirst introduced the 416 hp, 5.0-liter, V8-powered IS F back in 2008, as a direct challenge to the illustrious BMW M3, and subsequently rolled out a line of F Sport accessories; I was impressed with this bold move but wasn’t exactly certain about its trajectory given the automaker’s previous starts and stops. After all, the similarly intentioned L Tuned Editions of the early 2000’s eventually fizzled out from lack of support by Toyota Racing Development. 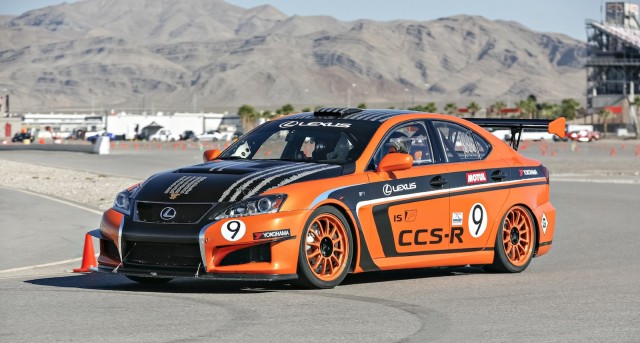 At the time the IS F hit the market, the other luxury JDM competitors – mainly Acura and Infiniti – didn’t seem to have any strong performance aspirations, and the Germans seemed so far ahead with their extensive vehicle portfolios based on decades of motorsports-derived engineering, that for Lexus to make a strong play seemed highly speculative. 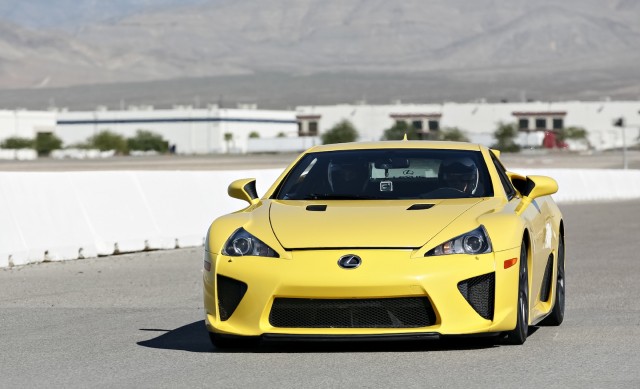 But rather than just continue to test the waters, in 2010 Lexus jumped in with both feet and blew everyone away with the $375,000 LFA, a hypercar sporting a 552hp, 4.8-liter, V10 engine designed to rival Ferrari, Lamborghini and McLaren; the performance revolution that had been quietly brewing finally exploded.

Now that Lexus has injected ‘performance’ into the American psyche, they are formalizing and expanding their offering. Lexus has recently doubled-down on their F Sport lineup and we couldn’t be happier. Not only can consumers now get a host of performance modifications installed on their vehicles directly from the dealer and backed by a standard factory warranty but F Sport flavors of the LS, GS, IS, IS C, CT and RX are also available. If you have an astute eye, you may have noticed that F Sport models are more often than not the main protagonists in Lexus advertising campaigns regardless of the vehicle showcased.

Is F Sport Right for You?

One of the biggest advantages of purchasing an F Sport model off the showroom floor versus adding on various bits after the fact is that features such as the 8-speed automatic transmission with paddle shifters (offered on the RX 350 F Sport and IS 350 F Sport) are only available direct from the factory. 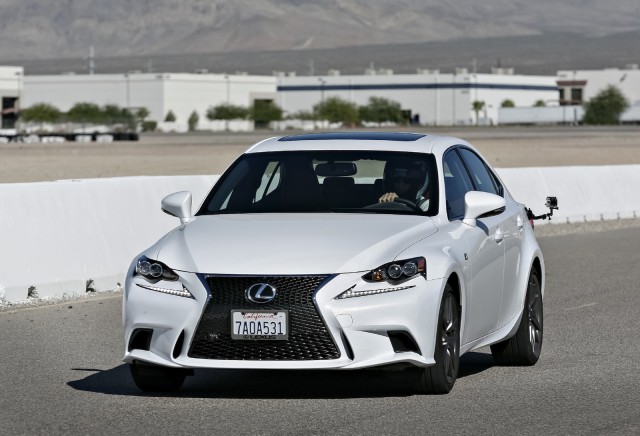 Obviously there is a cost for the F Sport trim which adds anywhere from $2,500 to $8,000 to the base price as you move up the Lexus product lineup. But that hasn’t stopped consumers from snapping up F Sport models like crazy. More than 40% of sales for the new 2014 IS Sedan are F Sport models, with that number jumping to almost 50% in car-obsessed Los Angeles. The GS sedan has also seen 25% of its sales coming by way of the F Sport trim. Only buyers of the LS and RX have shown less interest in the F Sport trim; but, based on their weight and size, these are not cars one normally equates with sporting aspirations. 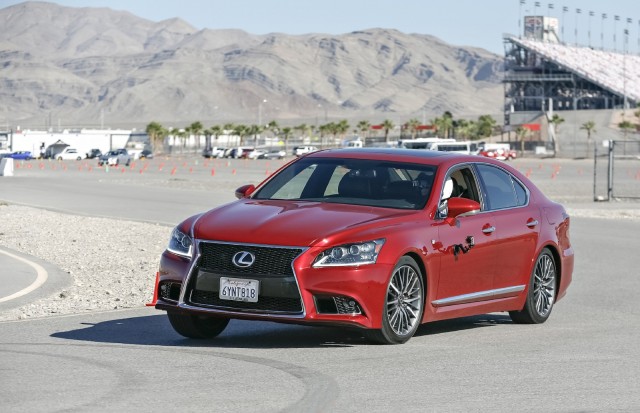 If the “F” offering still seems a bit confusing, that’s because it is. The actual “F” moniker really only applies to the IS F, the aforementioned, ultra high-performance variation of the IS. F Sport applies to vehicles offered from the factory with performance tuning while a host of F Sport Performance Accessories are available only for certain models.

The main thing to keep in mind is that F Sport vehicles have a special chassis configuration for crisper handling and better steering feel to connect you with the road. The styling of these vehicles is also often more aggressive and the interiors a tad more sporty.

If you want to tweak a previous generation IS, IS C or GS model there are a host of F Sport Performance Accessories available such as stiffer springs and shocks, sway bars, brake components as well as intake and exhaust systems. And those interested in doing the same to their standard 2014 models will be happy to learn that performance parts will soon be available for the GS and IS.

A Day at the Track 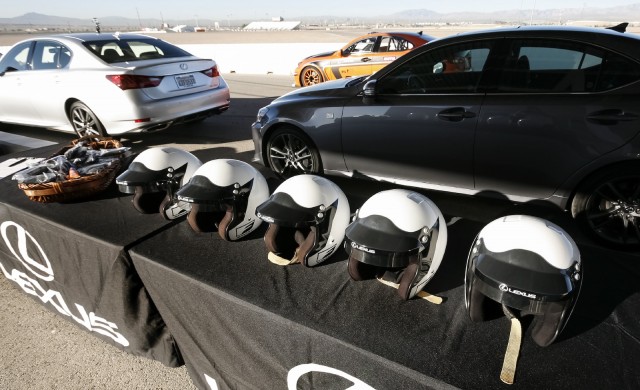 So, what does all this mumbo jumbo really mean at the end of the day? Recently I had an opportunity to spend some quality time in all of the new Lexus F Sport vehicles as well as the aging IS F and the spectacular LFA out at Las Vegas Motor Speedway.

On the track, the new IS350 F Sport and GS F Sport are both incredibly nimble and capable vehicles. In fact, in comparison to the previous generation IS350 F Sport (which was also on hand), the 2014 model is a huge leap forward, with flatter cornering, better acceleration and more efficient braking. 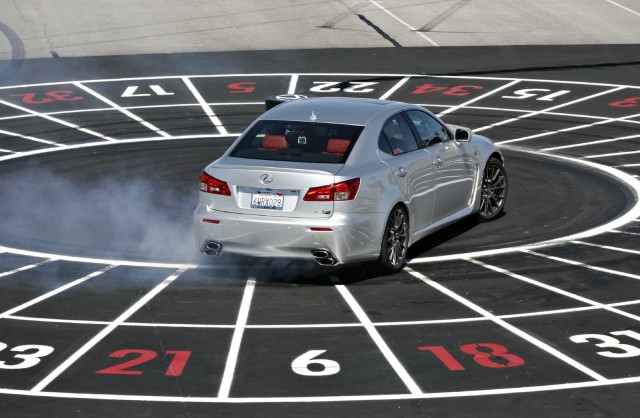 Even though the IS F still wears the same 6 year old sheet metal, Lexus has continued to tinker with the mechanics of this super sedan over the years. Back in 2011, the suspension and steering systems were reworked and a Torsen rear diff thrown in the mix. Besides some cosmetic changes, there isn’t much new for 2014, but that’s fine by us. Around Las Vegas Motor Speedway the IS F felt right at home, getting us into and out of trouble the way a real sports car should when driven to its true potential.

Circling the LVMS track with racing veteran Scott Pruett at the helm of the Lexus LFA, we were amazed at how this super car could be a track day star in Sport mode while also a comfortable, luxury coupe, daily driver in Normal mode. One particularly cool touch and a great transfer of technology is that the instrument panel in the IS350 F Sport appears almost identical to the one in the LFA. 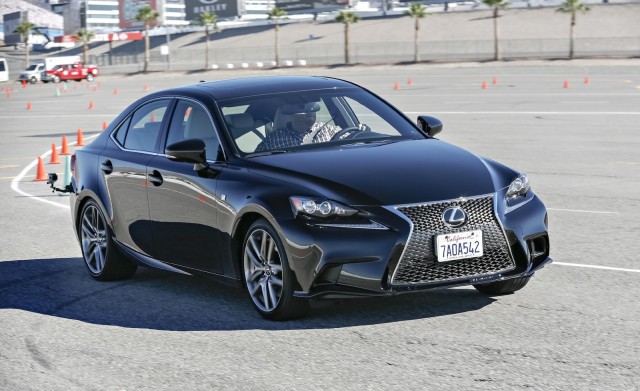 The new design language across the Lexus brand looks damn good and is already surprisingly edgy and aggressive. By introducing F Sport factory-tuned versions of their most popular models and a lineup of F Sport Accessories, Lexus just added icing to the cake. 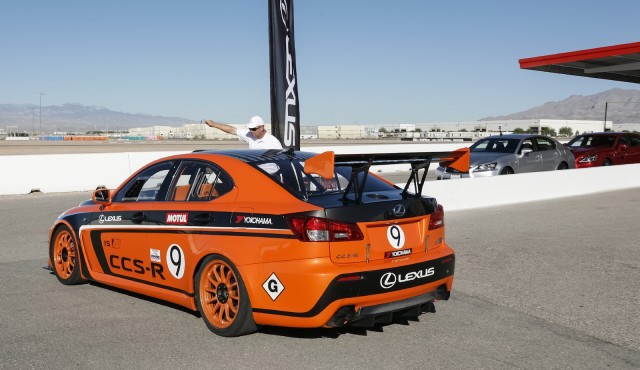 Now that Toyota’s luxury division has fleshed out its lineup of vehicles to include sporty versions across the board, we would really like to see them take on the likes of Mercedes AMG, BMW M and Audi RS in a more direct way. The IS F is a great start but curiously has been left behind with the 2014 model changeover, which is pause for concern. We’re hoping that Lexus is just taking its time to figure out the powertrain formula for their F vehicles. In the short term, introducing a GS F seems to make a lot of sense.

Only time will tell whether Lexus is ready to go toe-to-toe with the Germans, but they certainly have a strong foundation and the engineering know-how to pull it off. And with the introduction of the LFA, they have demonstrated beyond question that they’re serious players in this high-stakes venture.