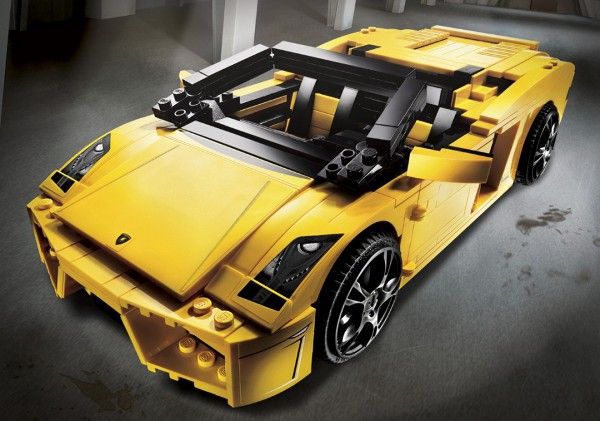 When compiling a list of toys that changed the world, omitting LEGO’s first interlocking plastic bricks from said list is a surefire way to get said list thrown in the same pile as theories that the moon landings were staged in a hangar at Area 51 by the same sasquatch that shot JFK. Put simply, your credibility would be nil at best. The fact of the matter is, those studded blocks changed the way kids of all ages let their imaginations manifest themselves in the physical world.

However, for much of LEGO’s history, you often had to keep using your imagination even after you’d built your creation. Although we were born well after the days when almost every LEGO piece (or element, as the company and its hardcore fans like to call them) were rectangular prisims of varying lengths, widths and heights, there were still numerous occasions where we found ourselves wanting a piece in a shape and/or color that wasn’t being made. Since that time, though, LEGO has added elements of new shapes and colors, largely due to adding some sets based on big-name licensed properties like Star Wars, Spongebob Squarepants and Ferrari. Now you can add Ferrari’s arch rival Lamborghini to that list. 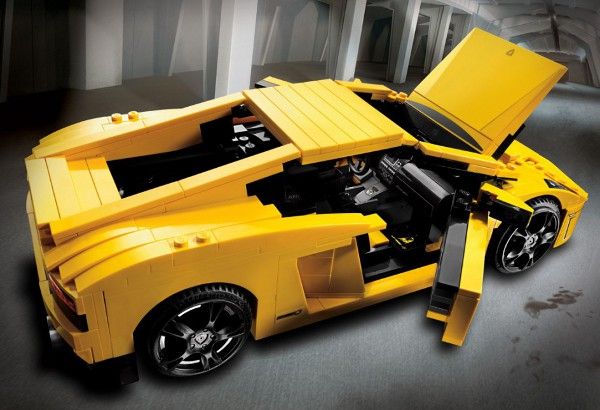 Packing enough pieces (741) to build either the coupe or the Spyder in 1:17 scale, this kit is remarkably detailed. Outside you’ll find an opening trunk, doors and engine compartment, plus the Spyder’s roof actually folds away into the rear compartment for top-up or top-down motoring…provided you consider pushing it along the floor or table and making engine sounds with your mouth “motoring.” (Of course, we’d never do that at this age. No siree…) Exterior lights, badging and a few other details are represented by stickers, but the basic shape and things like the vents are close enough for most car nuts to figure out what it is. 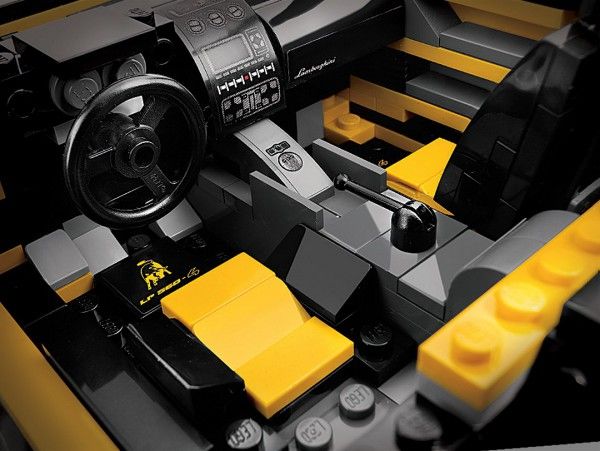 Inside, the cockpit is also impressive in its completeness. The dashboard features a two-pod gauge cluster and button-covered center stack, two-tone bucket seats, handbrake lever, and floormats featuring the Raging Bull logo and “LP560-4” script. Out back, there’s a pretty convincing representation of the 5.2L V10. 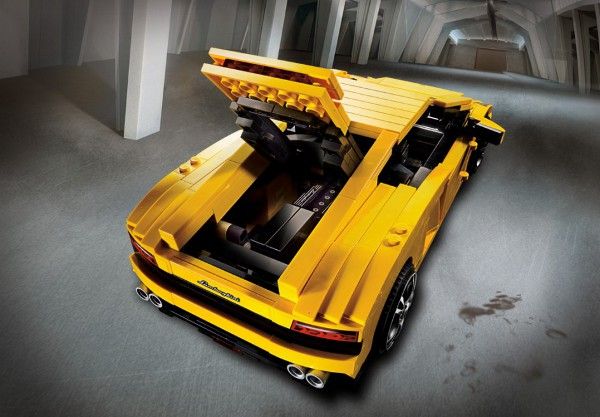 How much for this little sportster? Most retailers we checked have it for between $60 and $75, which is more expensive than some low-end 1:18 scale Lamborghini die cast models, but compared to AutoArt’s 1:18 scale LP560-4 coupe at $122.95 MSRP, it’s a pretty good deal. Especially when you consider the fact that you get to build it yourself. Oh, and to those of you put off by the fact the box says it’s recommended for ages 9 to 14: You can still find ship-in-a-bottle kits and stamp-collecting binders at hobby shops. Just sayin’…