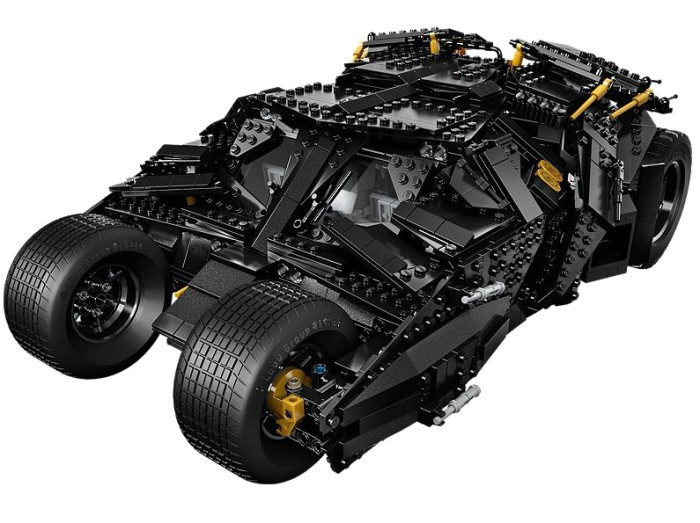 Not to sound like the kind of person who sits in a folding chair in his driveway and barks at kids walking down the sidewalk – even on the other side of the street – to keep off his lawn but, in our day, LEGO sets belonged to one of four themes: Medieval, Pirates, Space, and City, plus some freestyle sets, Duplo for the young ’uns and Technic for the big kids. And dag nabbit, we liked it! In 2014, though, there’s a head-spinning array of themes, including a host of licensed properties like Star Wars, The Simpsons and DC Comics. It’s enough to make the Polident boil right through the roofof our mouth… 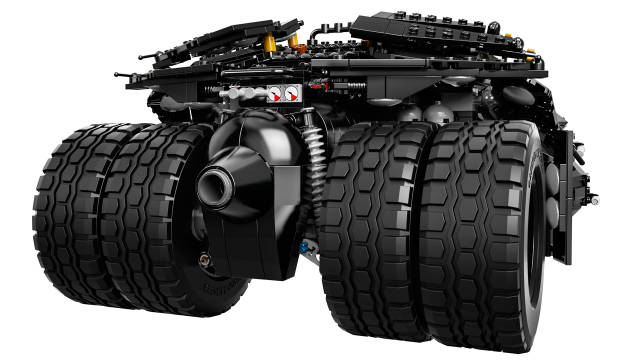 Anyway, there’s a new addition to LEGO’s DC Comics line, and boy, is it big. Once assembled, this model of the Batman Tumbler – from the most recent Christopher Nolan movies – measures 15” long, 9” wide and 5” high, and weighs more than 4 lbs. Oh, and the set consists of 1,869 pieces, most of them going into the Tumbler itself. However, a few of those 1,869 are exclusive minifigures of the Caped Crusader (played by Christian Bale) and The Joker (played by the late Heath Ledger), plus a placard that displays the “real” Tumbler’s vital statistics. 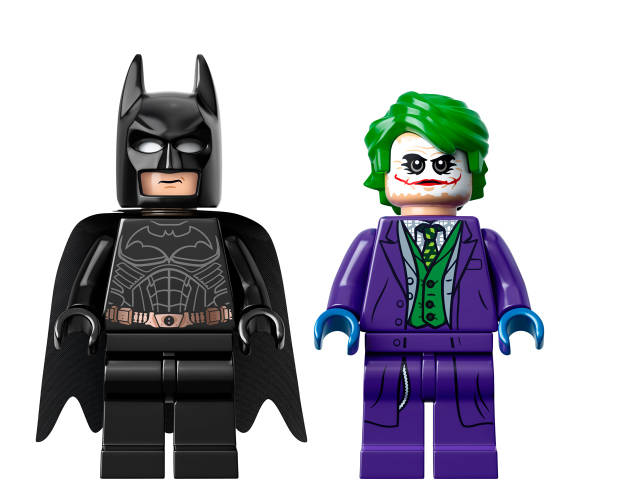 Want one? Well, you’re going have to wait a while, as LEGO won’t start taking orders on its online store until September 1st. And once it is available, you’ll have to fork over $199.99 (plus shipping and any applicable taxes) to make one yours. That’s some sum, yo. But if you’re a big fan of Batman, a severe LEGOmaniac, or both, you probably can’t afford to not get this. 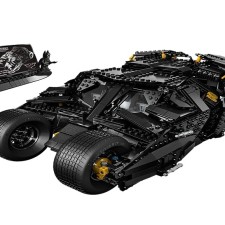 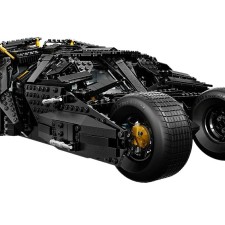 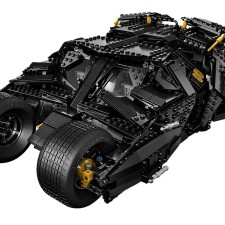 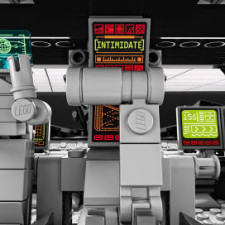 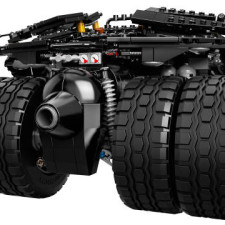 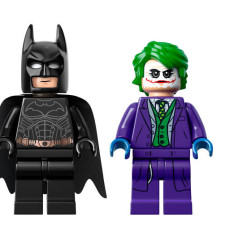