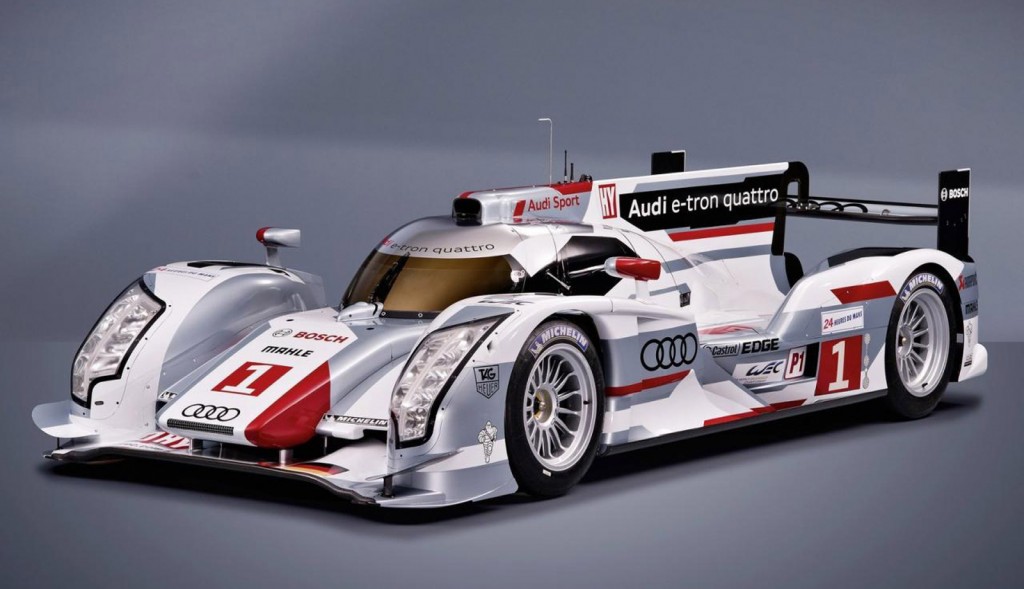 Earlier this year, we brought you news of Toyota's return to Le Mans with its TS030 Hybrid prototype. Audi has now announced that it too will field a hybrid-powered car at this year's Le Mans race – the R18 E-tron Quattro. Similar to last year's Le Mans winning R18, the e-Tron Quattro will also be powered by a V6 TDI diesel engine producing 510HP. But like Toyota's TS030, it will also feature a hybrid powertrain. 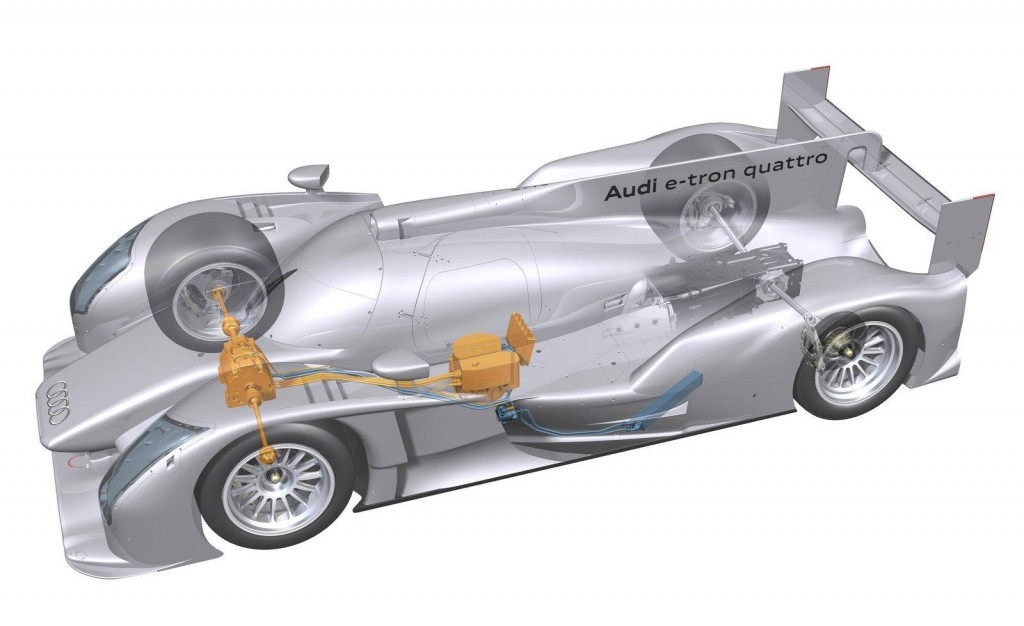 Similar to Porsche's 911 GT3 R Hybrid, kinetic energy is recovered while the vehicle is braking, and is stored into a flywheel. According to Audi, the stored energy is then used to power the front wheels when the car reaches a speed of 120 km/h. To help offset the weight of this hybrid system – much effort was made to reduce the car's overall heft.

One way Audi was able to achieve this, is with the introduction of a gearbox featuring a carbon-fiber composite housing. This is the first of its kind in endurance racing. The entire project took only 18 months – an extremely short amount of time in which to develop a race car. "This is a relatively short cycle for a technology that has never been tested in motorsport and which still doesn't even exist in production," stresses Dr. Martin Mühlmeier, Head of Technology at Audi Sport. "The challenge is correspondingly big." 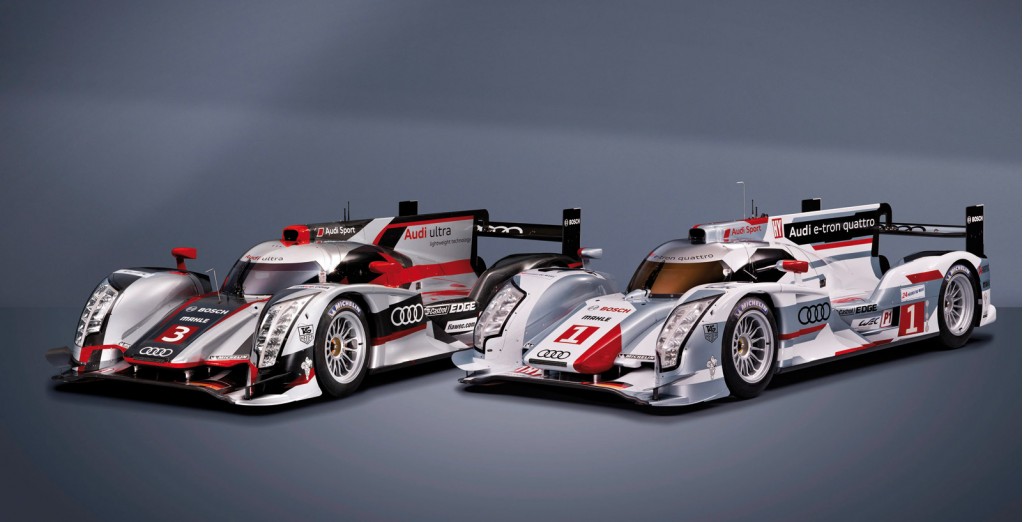 Audi plans to enter two R18 e-tron Quattros, alongside two non-hybrid versions of the R18 in this year's Le Mans. "The new R18 ultra is a distinct evolution of last year's Le Mans race winning car," summarizes Head of Audi Motorsport Dr. Wolfgang Ullrich. "Our drivers' impressions were very positive from the first moment. Without the weight optimized R18 ultra we would have not been capable of realizing the R18 e-tron quattro which is absolutely identical with the exception of the hybrid system." 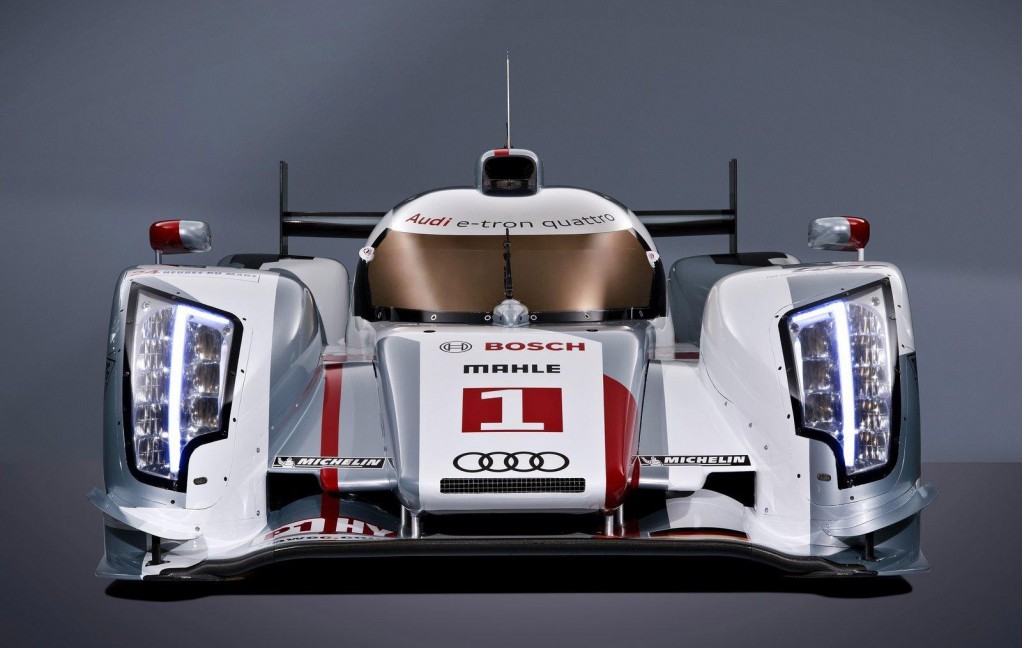 Similar to Toyota, Audi will dayview the car in competition at the 6-Hours of Spa on May 5th. With the departure of Peugeot from endurance racing, we hope to see a good battle between Audi and Toyota at this year's 24-Hours of Le Mans, which takes place on June 16-17. The first of the two hybrid R18's will be driven by last year's Le Mans-winning trio: Marcel Fässler, André Lotterer, and Benoît Tréluyer. The second car will be driven by Dindo Capello, Tom Kristensen, and Allan McNish, who between them have a total of 13 overall 24 Hours of Le Mans wins. Can the kings of hybrid beat the kings of Le Mans? Stay tuned for our post-race recap in June!