Lazzarini Design Definitiva is a Fired up Alfa Romeo 4C

The Alfa Romeo 4C features many of the typical modern supercar ingredients: Pants-tightening-styling, a mid-engine layout, a crazy-fast-shifting dual-clutch transmission, and a carbon fiber monocoque chassis. However, there is one noteworthy item that isn’t like what you’d find in the average costs-more-than-a-house exotic; in fact, other than some different tuning to unlock more pep, the 4C’s turbocharged 1.7L inline-four is pretty much lifted directly from Alfa’s passenger car range. Hardly the kind of internal combustion pr0n that the likes of Pagani, Lamborghini, Koenigsegg, McLaren and Alfa’s own sister brand Ferrari serve up on a routine basis. 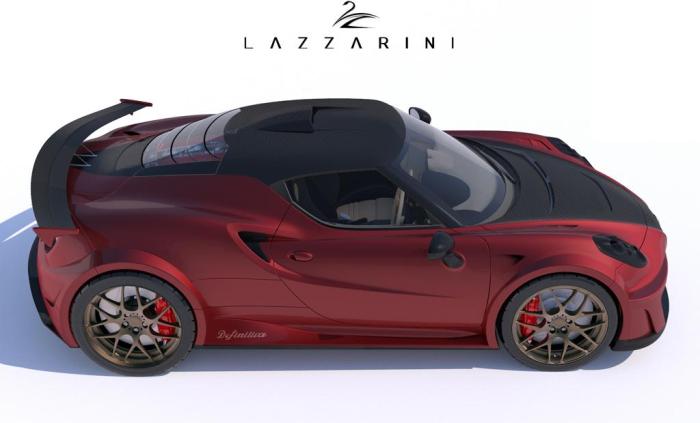 Luckily, a firm called Lazzarini Design has proposed a way to give the 4C an engine – and the performance boost that comes with it – worthy of its bits that are supercar material. Dubbed the Definitiva, this thing features flared fenders, redesigned fascias, a big rear wing, vented front trunklid, and a rooftop engine air scoop. Additionally, the engine cover is now a full-width clamshell design, and when you lift the cover up, you’re greeted not by the sight of the stock transversely-mounted turbo four-banger, but by a longitudinally-installed 4.3L Ferrari V8 lifted from an F430. A bone stock Ferrari V8 crammed in a 4C would be visually stunning by itself, but Lazzarini Design raised the jaw-drop quotient even further by equipping it with a Hennessey twin-turbo kit, which lifts output to a very-stout 738horsepower and 532 lb.-ft of torque. 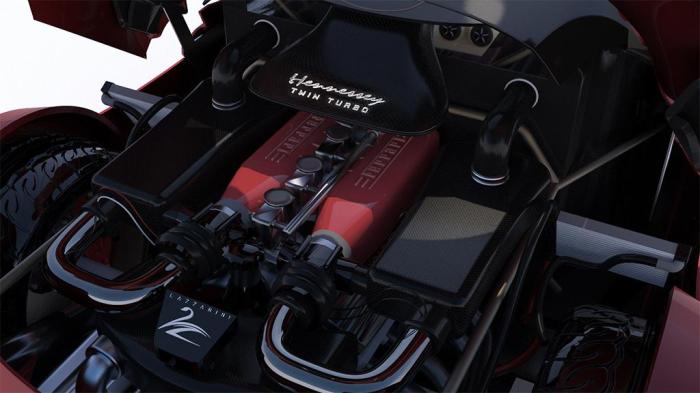 Lazzarini Design says that, if built, the 2,105 lbs. Definitiva would lunge to 60 mph in 2.5 seconds, and cover the quarter-mile in 9.5 seconds at 137 mph. Those are full-on hypercar numbers, kids. Yet in terms of pricing, such a machine would command less than half of what you’d be forking over for the likes of the LaFerrari, P1 or Veyron: The estimated cost of converting an Alfa Romeo 4C to a Definitiva is about $311,000. Hopefully enough oligarchs want one of these Italian monsters to make limited production worth Lazzarini Design’s while. We’d probably take ours with one of the mid-1990s Alfa Romeo 155 DTM racer Martini liveries. 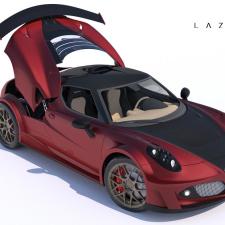 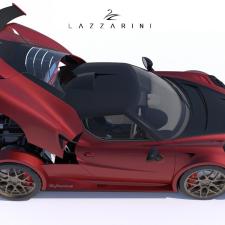 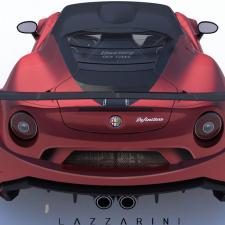 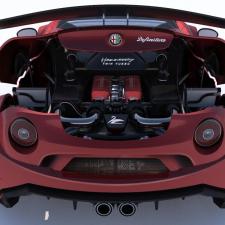 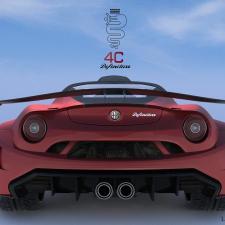 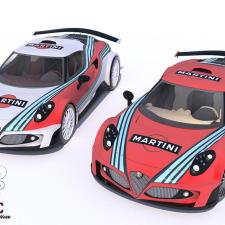 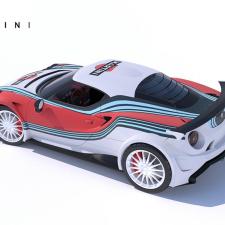