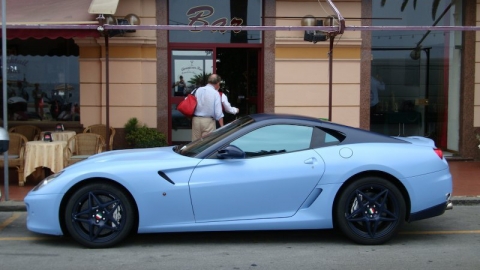 This lovely baby blue Ferrari 599 GTB Fiorano is not Kim Kardashian’s latest ride or Paris Hilton’s new splurge, but supposedly the daily driver of Lapo Elkann, grandson of the late billionaire and Fiat Chairman Giovanni Agnelli. The later was known for his eccentric style that pushed the boundaries of traditional tailored suits and menswear. 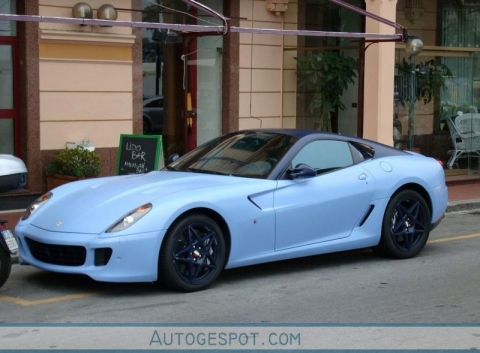 Lapo obviously has a little more casual and modern take on things and has outfitted the uphostery of his Ferrari with denim blue jeans. Yes, pockets, seams and all. Maybe he was just trying for an updated version of the 1972 Levi’s Edition AMC Gremlin. 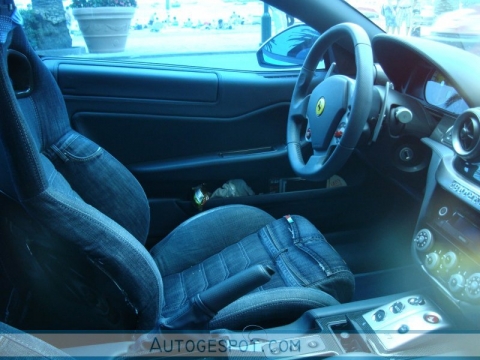 In any case, the interior of his Ferrari 599 GTB Fiorano is hideous, albeit intriguing. However, the exterior two-tone paint job is not all that bad. (I know I’m going to get all kinds of slack for this one…) The matte baby blue body and darker blue roof and mirrors somehow work well together. And the matching dark blue pentagram wheels round out the look. Supercars are the one type of vehicle where you can get away with a little (or a lot) of extra style flavoring. Afterall, everyone hates you anyway so why not flaunt a little. Haven’t we all seen enough bright red and yellow Ferraris? Bravo, Lapo Elkin, bravo. 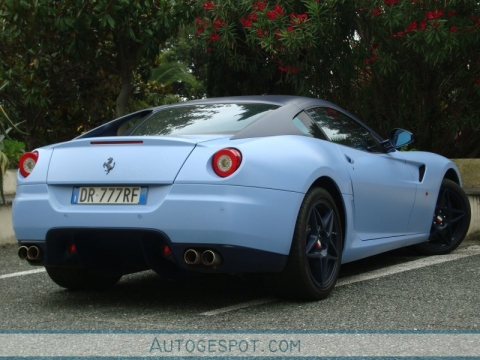 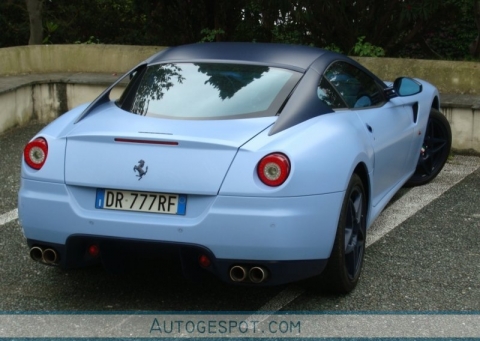